Raisi, The New Leader of Iran

Impeccable credentials as a hardliner

This may seem a paradox but the truth is that the United States does not realise that Iran’s presidential election result — the resounding victory of the conservative head of the judiciary Ebrahim Raisi — can be an optimal outcome.

Raisi has impeccable credentials as a hardliner who belongs to the powerful religious establishment and happens to be a genuinely popular public figure with whom the West can do business with.

Some skeptics might say Raisi is under US sanctions for his involvement in the 1988 mass execution of prisoners. In the anti-Iranian folklore, hundreds of detainees were executed. But few would know what really happened.

It is no secret that Washington encouraged Saddam Hussein to wage his war on Iran, taking advantage of the apparent disorder and isolation of the new Islamic government in Tehran —then at loggerheads with the US over the seizure of the American embassy —and of the demoralisation and dissolution of Iran’s regular armed forces.

But the revolutionary regime fought back and Saddam was finally forced to seek a peace agreement with Iran. It was a brutal war. Estimates of total casualties range from 1-2 million.

But then, after Iran’s Supreme Leader Ayatollah Khomeini accepted a UN-brokered cease-fire in 1988, members of the terrorist group Mujahedeen-e-Khalq (MEK), based in Iraq and heavily armed by Saddam, and enjoying the backing of the CIA, stormed across the Iranian border in a surprise attack. Iran smashed the MEK assault and that set the stage for the so-called “death commissions” of the prisoners, terrorists and others.

Inevitably, those executed included agents of the western intelligence. The executions couldn’t have been carried out except on Khomeini’s orders. Now, Raisi was a young man of 27 when he reportedly served on a revolutionary panel involved in sentencing Iran’s enemies to death.

Interestingly, 31 years later, when Washington sanctioned Raisi, it was as part of a series of post-JCPOA sanctions in 2019. The Trump administration sanctioned Supreme Leader Khamenei, his office and those closely affiliated with his access to key financial resources (June 2019); Iran’s Foreign Minister Javad Zarif (July 2019); and the core inner circle of advisers to the Supreme Leader including one of his sons, Mojtaba Khamenei, the newly appointed head of Iran’s judiciary, Ebrahim Raisi, the supreme leader’s chief of staff, Mohammadi Golpayegani, and others (November 2019.)

The good part is that the sanctions against Raisi and other Iranian leaders were part of a diabolical plot to complicate the US-Iranian standoff. Clearly, once those who plotted are no more there, the Biden administration can lift those sanctions.

In fact, it should. For, President-elect Raisi will be just the interlocutor that the White House needs to implement any agreement reached in Vienna.

The US analysts keep grumbling that the “reformists” in Iran got a bad deal in the list of candidates for the presidential election. But Raisi has won a resounding victory.

In the 2017 election, Raisi received 38.28% of votes; vote share has now increased to 61.95%, an aggregate increase of 2.1 million votes. Two factors contributed to this outcome.

First, the voter turnout reportedly dropped from around 70% four years back to around 50% in the present election. Second, Raisi’s popularity has been genuinely on a rising curve ever since he took over as the chief justice in 2019 and launched a high-profile anti-corruption drive. This needs some explanation.

Public corruption is a major issue in Iran’s public discourses in the recent years. Raisi figures today as the champion of probity in public life and that holds appeal to the average Iranian voter.

This is where America’s analysts lose the plot. Iran’s presidential election has been held concurrently with the 6th Islamic city and village council elections and they focused on the country’s political economy — and not about the United States.

Now, Raisi is well-versed with the phenomenon of bonyads (meaning “Foundations”), the charioteers of corruption in Iran’s political system. The bonyads are supposedly charitable trusts exempt from taxes and enjoying huge state subsidies that play a major role in Iran’s non-oil economy and account for over one-fifth of the country’s GDP, but are notorious for siphoning off production to the lucrative black market and provide only limited and inadequate charity to the poor.

Raisi held the position of chairman of Astan Quds Razavi, a bonyad based in Mashhad, from 2016 to 2019 until his appointment as the chief justice. The Astan Quds Razavi is the administrative organisation which manages the fabulously wealthy Imam Reza shrine and various institutions. In reality, it is a huge conglomerate that runs auto plants, agricultural businesses, and many other enterprises, owns most of the real estate in Mashhad and rents out shop space to bazaars and hoteliers, etc.

Now, Raisi’s main political programme as president will focus on the economic malaise gripping the country, which is inextricably linked to corruption. It will be interesting to see how Raisi tackles the bonyads.

With the lifting of western sanctions, for the first time since the 1979 revolution, Iran’s so-called “resistance economy” is at crossroads. Significantly, Raisi launched his election campaign at the grand Tehran bazaar.

The Biden administration should try to understand that in Raisi it has a leader who is as committed to the ongoing nuclear negotiations in Vienna as President Rouhani has been. In fact, the conservatives generally support the lifting of western sanctions so that Iran’s full potential for growth and development can be realised. Conceivably, Raisi may choose to depend on Iran’s chief negotiator at Vienna, Abbas Araqchi.

This is where analysts with a zero sum mindset miss the wood for the tree. Raisi himself has been a member of the Supreme National Security Council and contributed to the making of the country’s grand strategies on the foreign policy arena.

The Biden administration should expect continuity in Iran’s policies under Raisi. This may not necessarily mean that strengthening ties with the West will be Raisi’s top priority. Iran pursues a multi-vector foreign policy.

But where Raisi scores over Rouhani is that he has an established reputation as a hardliner. In the prevailing political milieu in Iran where Rouhani’s “reformist” agenda stands thoroughly discredited and with the locus of domestic politics distinctly shifting to the conservatives — as manifest in the last election to the Majlis — Raisi’s ascendence makes the regime more cohesive than before.

Equally, it is reassuring that any agreement negotiated in Vienna is followed through. Having said that, much will depend on the Biden administration’s far-sightedness to craft an Iran policy that dovetails with Raisi’s economic programme.

1989 belongs to the world of yesterday. Also, do not expect Iran to jettison Velayat-e faqih, the country’s chosen system of Islamic governance. America cannot possibly impose its exceptionalism on a “civilisation state” such as Iran. 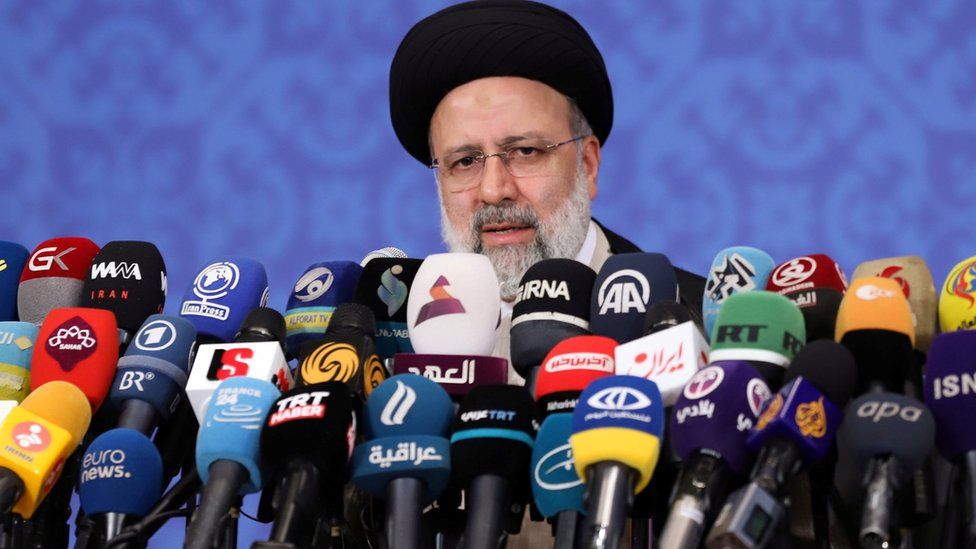