Unusual for a Sunday, John Kirby, the Pentagon press secretary, rushed to clarify that the US airstrikes in Iraq and Syria in the weekend targeted facilities used by Iran-backed militia groups to launch attacks on American troops in Iraq.

Kirby called the strikes “necessary, appropriate, and deliberate action designed to limit the risk of escalation.” He added that the strikes did send an “unambiguous deterrent message.” But he didn’t say to whom the message was addressed.

Meanwhile, a top American political personality closely identified with the Biden-Harris administration, House Speaker Nancy Pelosi, also issued a statement that the strikes seemed to be a “targeted and proportional response to a serious and specific threat.”

Pelosi is an experienced politician whose remarks signify a defining moment in American national interests. Importantly, Pelosi also happens to be a longstanding friend or acquaintance — depending on how one looks at it — of none other than Iran’s foreign minister Javad Zarif.

Pelosi seems to be transmitting an important message to Tehran so that there is no ambiguity about the US intentions, and the US airstrikes will be seen in proper perspective as a defensive and pre-emptive step rather than an act of provocation.

To be sure, both Pelosi and Kirby would have known that the US air attacks took place while the Iranian and the US as well as European diplomats are preparing for a potentially decisive round of talks this week in Vienna that is expected to result in a consensus to revive the JCPOA.

Indeed, the talks in Vienna are at the home stretch and the Biden administration probably hopes to wrap up a deal before the new president Ebrahim Raisi is sworn in on August 3.

The expectations are running high in Tehran that the US sanctions are about to be lifted. On Sunday, following a meeting with members of the Parliament’s National Security and Foreign Policy Commission, Iran’s top negotiator in the Vienna talks, Deputy Foreign Minister Abbas Araqchi said in a media interview,

“When the United States quit the JCPOA and Iran decided to stay in it, this was Iran’s big and tough decision, which has kept the JCPOA alive up to the present. It is now the other parties’ turn, and they must decide in view of the negotiations that we held thus far to reach a final conclusion on how to revive the JCPOA, so that the two sides could reach an agreement.”

But Tehran is also walking a fine line. The timeline of Iran’s temporary understanding with the IAEA in February as regards the additional protocols which Tehran had voluntarily assumed as a gesture of goodwill in the 2015 nuclear pact (JCPOA) lapsed last week. Iran is at liberty now to turn off the cameras being operated inside Iranian nuclear facilities and withhold from the UN agency the data and images.

Of course, if Iran exercises that option (which is its sovereign prerogative) that would mean that the international community would be clueless henceforth as to what is exactly going on inside Iran’s top secret nuclear establishments.

To extend the timeline or not to extend the timeline — that’s the question. Arguably, this is one leverage that Tehran can deploy to persuade the US to make those difficult decisions on the lifting of sanctions without further procrastination. Iran’s foreign ministry spokesman Saeed Khatibzadeh highlighted in a tweet yesterday that “Iran will not negotiate forever.”

Yesterday, Iranian Parliament Speaker Mohammad Baqer Qalibaf seemed to imply that Tehran will no longer share with the IAEA the video recording of its nuclear activities. He said that the three-month period expired and “nothing has been renewed and after that none of the items recorded in Iran will ever be given to the Agency.”

But today, foreign ministry spokesman Khatibzadeh clarified that “No new decision has yet been made on the subject of the technical agreement with the Agency, whether to continue or not.”

Inevitably, there are pulls and counter pulls in Tehran. What comes to mind is Winston Churchill’s famous metaphor — “Kremlin political intrigues are comparable to a bulldog fight under a rug. An outsider only hears the growling.”

To say the least, against the above highly-charged diplomatic backdrop of the Vienna talks, it would seem that the US acted irresponsibly by undertaking the air strikes against what it called Iran-backed militia groups in Iraq and Syria.

However, on closer look, Pentagon spokesman Kirby had argued that “The targets were selected because these facilities are utilised by Iran-backed militias that are engaged in unmanned aerial vehicle attacks against US personnel and facilities in Iraq.”

The attacks took place on Saturday when armed drones reportedly targeted Erbil in the autonomous Kurdistan Region in northern Iraq in areas close to the site of the new US Consulate. In fact, Pelosi pointedly called them “proportional response to a serious and specific threat.”

Pelosi went on to say in her statement, “The Iran-backed militias utilising these facilities have been engaged in attacks threatening US service members, as well as our allies. Congress looks forward to receiving and reviewing the formal notification of this operation under the War Powers Act and to receiving additional briefings from the Administration.”

That is to say, Pelosi demanded that the Biden administration is expected to justify the strikes to Congress. Presumably, Biden will not go further to order more strikes.

On the other hand, the ground reality is that the militia groups have the upper hand and Saturday’s air strikes on three targets are by no means a game changer. Wouldn’t Iran know it? Simply put, rather than being an act of provocation, Washington seems to be seeking to send a clear message that it will be compelled to act to protect Americans in Iraq.

Call it a preemptive move. The big picture in West Asia is that the US is withdrawing air-defence systems from the region and the Pentagon is currently in the middle of a military withdrawal from Afghanistan. 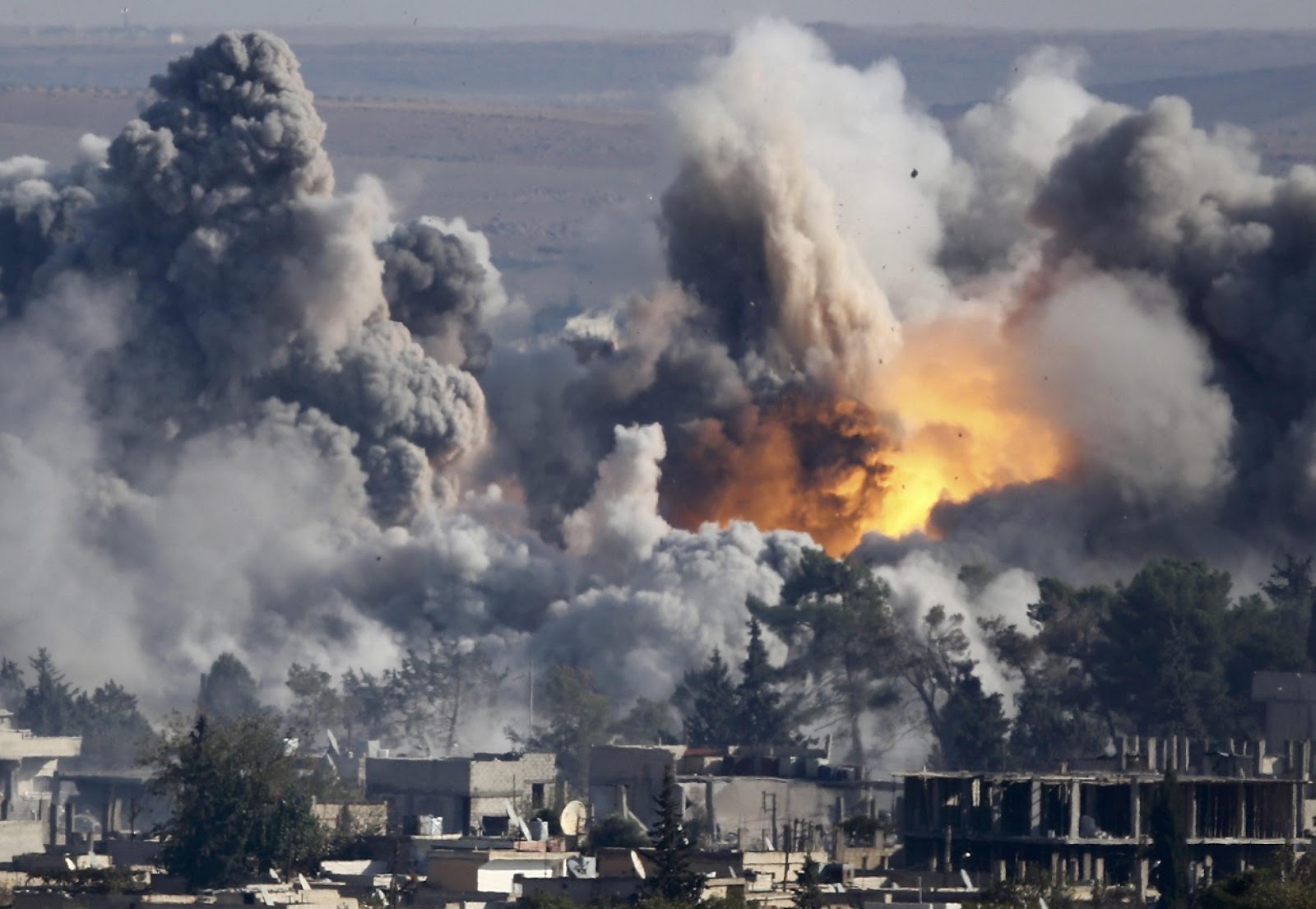