Untimely Remarks by Jaishankar Do Not Help Him or India

China opens the SCO pathway to Kabul, India should go along

The untimely remarks by External Affairs Minister S. Jaishankar on the situation in Afghanistan during a joint press conference with his Russian counterpart Sergey Lavrov at Moscow on Friday does no good for his reputation as a scholar-diplomat with integrity or for India’s standing on the global stage as a responsible regional power.

The Indian newspapers have quoted Jaishankar as saying, “Of course we are concerned at the direction of events in Afghanistan. The point right now we stress is that we must see a reduction in violence. Violence cannot be the solution for the situation in Afghanistan. At the end of the day, who governs Afghanistan has a legitimacy aspect. I think that is something which we cannot and should not be ignored.”

If Jaishankar’s ageing government plane had chosen Bahrain instead of Georgia for refuelling on his return journey from Moscow, would he have been flustered by the “legitimacy aspect” of his hosts? Bahrain is an old-fashioned brutal autocracy which refuses to empower the majority Shia nation. Yet, India has wonderful relations with it. It is a very violent regime which puts down even mild traces of dissent — and thanks to Abraham Accords, may now become more bestial with the access to Israeli expertise. Does that bother India?

It doesn’t — and it shouldn’t. Because there is a flourishing Indian community living in Bahrain, and even though it has no oil to give India, the remittances are important. It also hosts an American base where at one time India wanted to depute a naval officer to liaise with the US’ Sixth Fleet within the framework of the Indo-Pacific strategy to contain China.

Since when is it that India started losing sleep over the “legitimacy aspect” of other regimes? The “legitimacy aspect” is not even an issue in Afghanistan where the state withered away a long time ago. Jaishankar probably doesn’t know why Afghanistan has so many “acting” ministers. Because, President Ghani keeps changing his ministers every now then according to his whims and fancies and dares not seek parliamentary approval for his new picks, which the constitution mandates.

In fact, the current parliament, which is housed in a new building inaugurated by Prime Minister Narendra Modi in 2015, itself has outlasted its term aeons ago — and in any case, no one misses legislative work in Afghanistan where power flows through the barrel of the gun.

Take the “legitimacy aspect” of Ghani himself. The voter turnout in the 2019 election was roughly 1 million (in a country of 40 million.) At best, Ghani can claim he got somewhere around 5 lakhs votes in that rigged election, which was fiercely disputed by his opponent Abdullah who felt embittered — rightly so — that he was cheated out of victory.

Finally, all the King’s men and all the King’s horses from Washington and other NATO capitals managed to reconcile the two Afghan politicians with vaulting ambition but improbable popular base with a compromise formula that was supposed to be an interim arrangement for creating the post of a prime minister for Abdullah, which Ghani coolly ignored.

This is, in a nutshell, the chronicle of Afghanistan’s current regime. The international community looked away since it really didn’t matter who ruled as president in Kabul, since the real power vested in the hands of the American military commanders and some of Ghani’s closest deputies too were their creations, who plucked them out of thin air, trained them in intelligence work and catapulted them to the nerve centres of Afghanistan’s fearsome spy agencies.

It was a cosy arrangement as the gravy train puffing its way through the valleys and mountain slopes of the Hindu Kush was carrying tens of billions of dollars. Simply put, the Afghan ruling elite have had a whale of a time. The interest groups on the American side also stood to gain out of nefarious activities ranging from prostitution to drug trafficking. Russia has repeatedly alleged that the US military personnel were directly involved in drug trafficking.

Of course, the Afghan elite prospered like nobody’s business and almost everyone has stashed away the loot in foreign countries — in Dubai or wherever. In the bargain, corruption spread like cancer eating into the vitals of the state and the country has become notorious as the most corrupt on the whole planet.

The Pentagon’s inspector who audits the war and reports to the Congress has thrown up his hands in despair and admitted he cannot possibly account for vast sums of expenditure in this 20-year war. Hundreds of millions of American dollars just vanished into thin air! Perhaps, such venality is endemic to all armies and spy agencies fighting protracted wars and insurgencies far away from public view and are not held accountable.

Now, this is the Ghani regime for you. Jaishankar had no reason to have got emotional about the violence in Afghanistan. It is a documented fact that the unofficial militia groups trained by the CIA and operating under Ghani’s security tsars and spy agencies have perpetrated such horrific crimes on the Afghan civilian population that words cannot possibly describe. read more

And the curious part is that India has had no qualms about bonding with those Afghan tsars with blood on their hands. Suffice to say, Delhi either didn’t know what has been really happening in Afghanistan all these years and where the rivers of blood originated from — or more likely, it simply looked away because of some unspeakable congruence of interests.

Indeed, violence has been a part of Afghan way of life for centuries. As President Biden noted last week, the country itself has never been a unified state. Amazing, isn’t, that an American president would know Afghan history that an Indian foreign minister next door doesn’t seem to know?

The crux of the matter is that it is not because of the graph of violence or the “legitimacy aspect” that Ghani refuses to give way to an interim government but the lure of power and the perks and privileges that goes with it. (By the way, Jaishankar’s argument about this “legitimacy aspect” is plucked from Ghani’s lips.) Unfortunately, some Pentagon commanders deployed to Afghanistan encouraged Ghani to be recalcitrant as their vested interests dovetailed with his and his circle’s.

The cabal in Kabul managed to hoodwink Barack Obama and Donald Trump. But to its bad luck, Biden knows this war like the back of his hands and had once done his best to prevent the catastrophic “surge” in 2009, even visiting Obama on a Sunday to dissuade him from that path. Biden is sensitive to the public opinion, which decidedly approves of his decision to withdraw troops from Afghanistan. read more

Afghanistan’s salvation lies in a quick transition to an interim government that includes the Taliban, as envisaged under the Doha pact, so that this brutal, senseless bloodshed can be stopped and negotiations can begin in right earnest for a peace settlement and the drafting of a new constitution to address the “legitimacy aspect”.

In such a process, the regional states can help Afghans to navigate the tough journey ahead to peace and the recovery of their sovereignty. Hopefully, India will stop acting like a dog in the manger as the SCO foreign ministers meet in Dushanbe next week. China is taking the historic initiative to open an SCO pathway leading to Kabul. read more

Clearly, a civil war is not inevitable in Afghanistan. To make that doubly sure, New Delhi should resist any temptation to act as spoiler and instead should cooperate sincerely with its SCO partners in reaching a regional consensus behind the formation of an interim government in Kabul.

Jaishankar probably does not understand it yet, but the SCO is precisely the diplomatic vehicle that suits India as a responsible regional player meaningfully contributing to regional security and stability rather than meander aimlessly as an outlier or lone ranger.

There are hidden charms too, as a splendid opportunity becomes available to harmonise with Pakistan. India should have the self-confidence that it is uniquely placed to help Afghanistan recover from the trauma of death and destruction it went through in the past half century since the overthrow of King Zahir Shah. 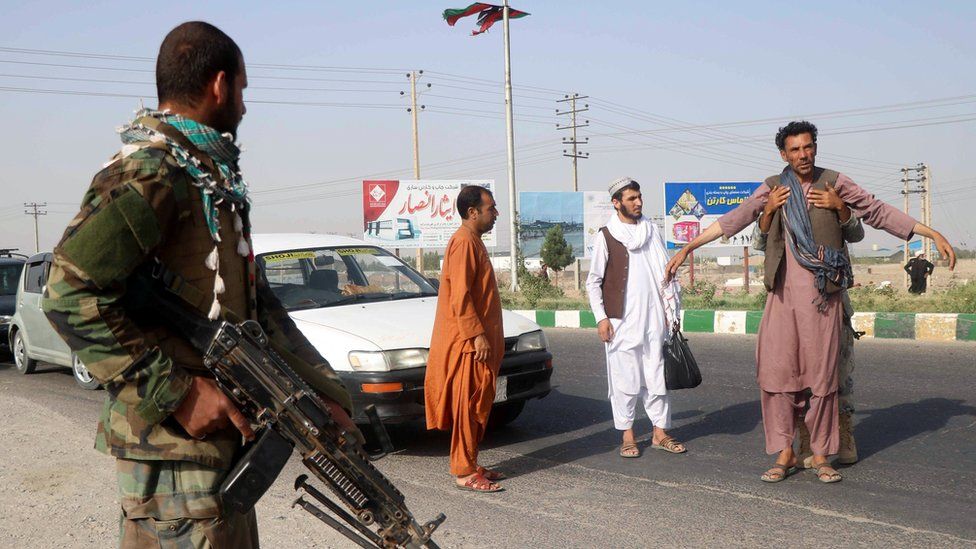