Blinken To Seek India-Pak Peace For Afghanistan Pull Out

New Delhi support for US pull out

It will be critical for the US to ensure that India and Pakistan do not pursue their clashing interests in Afghanistan after the American pullout of that country at the end of August.

Such a clash will ruin the chances of peace and stability. During his visit to New Delhi, the US Secretary of State, Anthony Blinken, will seek New Delhi’s support for the Afghan government in Kabul, which is under serious threat from the Taliban as the US military proceeds with its pullout.

Both India and Pakistan will play a major role in post-pullout Afghanistan, as they have high strategic, security, ideological, and economic stakes in that country.

China, which is aligned with Pakistan, is also keen to develop economic ties with Afghanistan by extending its world-wide Belt and Road project. This too will irk India, a long-time opponent of the BRI’s methodology and China’s alleged aim to use the BRI as a lever in its expansionist project.

While Pakistan’s designs will be supported by China, India will have to be on its own, though it can legitimately expect the US, its strategic partner, to help it in any way the US can. But at present, the US is more keen on disengagement than engagement in Afghan affairs.

There is a vital difference between Indian and Pakistani engagements in Afghanistan. While India has been using economic aid to cultivate the elected government in Kabul since 2001, Pakistan has been using military, strategic and ideological (Islamic) cooperation with the Taliban insurgents. Additionally, in 2020, Pakistan assisted the Taliban and the US to build bridges with each other to enable a US pullout. This has endeared Islamabad to Washington a great deal.

The expected Taliban-take over in the coming months, could be deemed a strategic victory for Pakistan. But India will not concede defeat. It has too much at stake to abandon Afghanistan to Pakistan. India has built vital roads, dams, electricity transmission lines, schools and hospitals. According to Foreign Minister S.Jaishankar India’s 400-plus projects are spread over all the 34 provinces of Afghanistan. Indian aid totals US$ 3 billion.

New Delhi’s ties with a Taliban regime is unlikely to be warm. While Pakistan has been supporting the Taliban and will continue to do so (despite recent statements to the contrary) India has said that it is not for Taliban’s monopolistic control. India is also against Afghanistan’s becoming a client state of Pakistan, its rival in the South Asian region.

Between 1996 and 2001, when the Pashtun-dominated Taliban was ruling Afghanistan, India supported the multi-ethnic anti-Taliban Northern Alliance and the US invasion of Afghanistan which resulted in the ouster of the Taliban from power in 2001.

India did not want US troops to be withdrawn before putting together a government based on an Afghan consensus peacefully arrived at. But this was not to be as the Americans were hell-bent on withdrawing and the Taliban did not want to accommodate the Kabul regime or any other group.

Many predict the revival of a multi-front war after the Americans quit. There will be one between the Taliban and the Kabul regime, and another between the Taliban and other ethnic groups supported by anti-Taliban governments as was the case between 1996 and 2001. India and Pakistan might end up supporting opposite sides in the multiple war situation.

The stakeholders are already moving towards confrontation. In an article in the East Asia Forum entitled “India–Pakistan rivalry heating up over Afghanistan” dated May 18, 2021, Kabir Taneja pointed out that India has been linking up with anti-Taliban elements.

“Vice President Abdul Rashid Dostum, the former Uzbek warlord who lent support to the 2001 US invasion of Afghanistan; former Mujahideen Commander General Atta Mohammed Noor; and the Chief of the High Council for Afghan Reconciliation, Dr. Abdullah Abdullah, all recently visited New Delhi. These consultations were followed by Indian National Security Adviser Ajit Doval’s trip to Kabul and the more recent meeting between the Afghan ambassador and the Indian army chief in New Delhi,” Taneja wrote

A recent incident in Islamabad is indicative of the developing grim mood. The alleged abduction, torture and subsequent release of Silsila Alikhil, the 27 year-old daughter of the Afghan Ambassador Najibullah Alikhil in Islamabad, has predictably set off an India-Pakistan row.

While the Pakistan government declared that the incident was staged by Indian intelligence to spoil its relations with the government in Kabul, India ridiculed the charge saying that Pakistan’s denial of the victim’s account amounted to “stooping to a new low, even by their standards.”

The incident resulted in the withdrawal of the Afghan Ambassador in Pakistan.

An Indo-Pakistan proxy war in Afghanistan will put the US in a fix. On the one hand, it needs India to achieve its larger strategic goals in the South and Central Asian region, but on the other, it is beholden to Pakistan for bringing the Taliban to the negotiating table and making the subsequent troop pullout possible. The US would continue to need Pakistan to prevail upon the Taliban not to give any quarter to the Al-Qaeda and the ISIS terrorists. It was the Taliban which had protected Al-Qaeda in the 1990s and it was the Al-Qaeda which staged the 9/11 2001 attack on New York

The US has been wanting India to attempt a modus vivendi with the Taliban and help the US to tame it. Zalmay Khalilzad, U.S. special envoy for Afghanistan, had asked India to engage with the Taliban to “discuss its concerns related to terrorism.”

The US wanted India to “take on a more active role in the Afghan peace process.” But India has been extremely reluctant to revise its views on the Taliban. It also sees the Taliban as a handmaiden of Pakistan.

New Delhi would, therefore, have to learn to stand on its feet as its expectation that the US would stand by it even after the pullout may not be entirely well-founded.

Be that as it may, Pakistan may be mistaken if it thinks that war and support for the Taliban’s high-handed ways will be in its interest. During the Taliban’s fight against Soviet occupation and later against American troops, more than two million Afghan refugees had poured into Pakistan.

Along with the refugees came drug peddlers, criminals, and Islamic radicals. The latter set up the deadly Pakistan Taliban. The latter radicalized Pakistanis into demanding the institution of Sharia laws and prevented Pakistan from progressing on liberal and modern lines. Terrorist killings became the order of the day, affecting Pakistan’s international image.

But there is a silver lining in the dark cloud. There are studies which show that when it settles down to rule, the Taliban maintains peace and allows constructive activity, including modern education. Theoretically, India and the Taliban can talk to each other on developmental cooperation as a basis for a rapprochement. Once entrenched in power the Taliban would need economic assistance and only India and China would be able and willing to give it.

But New Delhi’s economic thrust could worry China. China will push its Belt and Road Initiative (BRI) and seek to extend the China-Pakistan Economic Corridor (CPEC) to Afghanistan with the help of Pakistan. But both the BRI and CPEC are anathema to New Delhi.

China is the largest foreign investor in Afghanistan. Beijing first entered Afghanistan as a major investor and developer in 2007, when it won a US$3.5 billion contract to operate the Ayanak copper-gold mine. It then invested in oil and gas exploration projects and railway infrastructure development. On the political front, Beijing made contacts with both the Afghan government and Taliban to promote a political settlement of the conflict. 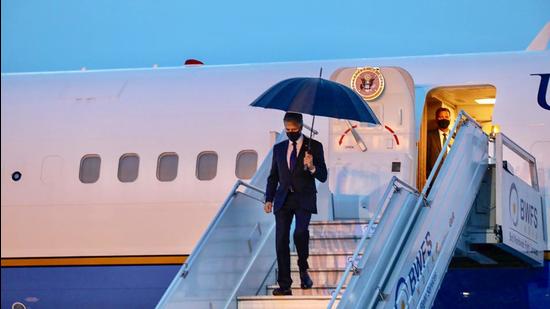