The Taliban Takes Control As the World Watches in Shock

Afghanistan President Ghani, quite a favourite in Delhi, has fled Kabul leaving his people, his government, his country. “God should hold him responsible” said Abdullah Abdullah, resurfacing after a long time.

To give Abdullah Abdullah credit he is trying to negotiate peace and space with the Taliban for Kabul through the hastily formed National Reconciliation Council that has former Afghan President Hamid Karzai and theHizb-e-Islami chief Gulbudin Hekmatyar on board. No one knows at this stage if the Taliban is willing to listen, or whether there is any one in charge who can be spoken to.

Terror has gripped Kabul with residents in complete panic. Hundreds rushed to the Kabul airport to try and get out of the country, until intense fighting and gunshots in and around the airport led to a suspension of all commercial flights. Now as the CNN reporter there is an eerie silence as the residents have gone behind barricaded doors, wondering about the today and the tomorrow. Foreign journalists are still there opening channels of communication with the Taliban for their rights to continue reporting from Kabul.

Everything is uncertain. But what is certain now is that the Amercians have crawled back to Washington, fatigued and defeated after 20 long years of billions of dollars spent, thousands dead and wounded, and absolutely nothing to show for it. Shades of Vietnam where the VietCong sent home a bruised and battered American Army, despite its weapon power . The Afghans have done the same and all would have been well had it not been for the fact that unlike the Viet Cong who rebuilt their nation, the inheritors of the US 20 year legacy remain the Taliban --- a brutal, radical force.

It is clear now that one the Americans put no alternative in place. The Afghan forces, despite the numbers raised and armed, fell like skittles as the Taliban marched through the country. Unable to offer resistance they fled for their lives, or compromised, or were co opted. Whatever be the case it is clear that they were one of the primary reasons for the Taliban’s ability to sweep through the towns of Afghanistan with almost lightning speed.

Two, a political alternative did not exist. As the US preferred to rule through transported henchmen with no support from the ground. Not even in Kabul. The other leaders known popularly as war lords were marginalised and ostracised through a deliberate policy. The once strong Northern Alliance was further diminished. This despite the fact that it was precisely these forces that resisted the Taliban in their respective strongholds. This time the decimation of the regional leaders and their support base by the Americans allowed the Taliban an easy walk through all of Afghanistan,without any resistance whatsoever.

Three, the US is famous for its inability to understand the regions and the peoples it tries to occupy. And relies almost entirely on its fire power to subdue nations without understanding the basic psyche despite visible history. The Russians had to leave Afghanistan without their boots, and the US that came in search of supposed terrorists ---at least that was the reason given out at that time---and free the people from the Taliban yoke as it became increasingly unpopular even amongst those who might have welcomed them somewhat. Even by their own polls, their popularity ratings dropped dramatically and it should have become clear that the Taliban was filling the void. Slowly but surely.

It is just a matter of time, perhaps even as one writes, that the fate of Kabul too will be sealed. The international community is hoping that the Taliban will be persuaded to form a coalition government in Kabul so as to allow larger acceptance and of course, aid. But then the Taliban is probably not on the same page, and now sees complete victory in sight.

All would have been well perhaps had the Taliban not have a brutal track record against dissenters, liberals, women and fundamental human values. Women and children have been a target group, with shackles replacing freedoms in a most violent manner. Free speech and even thought is ruthlessly attacked as the Taliban showcases a brutal image of the Islamic code as sacrosanct. The cadres are bred on ugly religiosity, violent and barbaric in its execution.

The world is shocked, as it seems no one expected this easy ride to Kabul. US President Joe Biden in all his public interactions on the withdrawal of American troops from Afghanistan has sounded as gung ho as his predecessor, insisting that all is under control for a smooth transition to a responsive government. The Americans fooled themselves and the world, and ironically perhaps only the Taliban that knew and recognised the reality on the ground.

Food for thought: India has closed its consulates and urged nationals to return. Pakistan’s mission is working actively, offering services to the people of Kabul. More on this later. 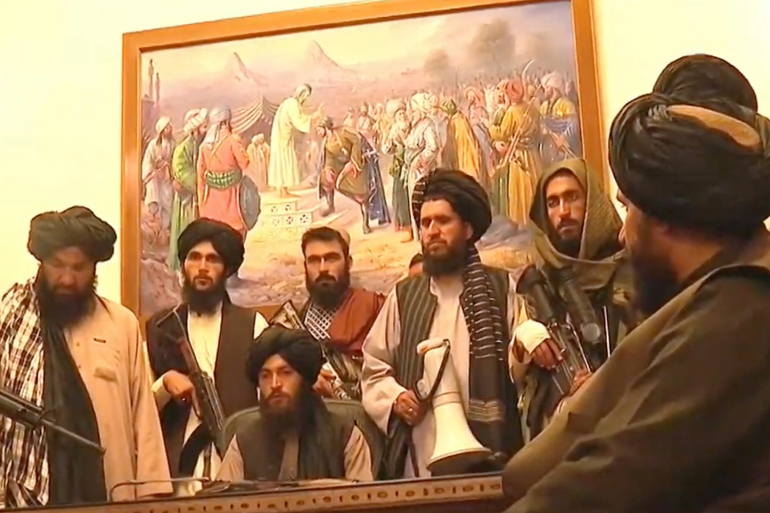