Nations Left With No Option But to Work With the Taliban

The latest from Afghanistan is that the Taliban are already in Kabul after capturing ten Afghan provincial capitals and that President Ashraf Ghani and his warlord allies have fled to Tajikistan. The Ghani government’s CEO Abdullah Abudulah is negotiating with the Taliban for an orderly transfer of power. And with the US also leaving post-haste, the Taliban are set to assume power this week without further bloodshed.

It is therefore time international stakeholders in Afghanistan mulled over and found ways of working with the Taliban to pursue their geopolitical and economic interests in Afghanistan and the South and Central Asian region.

In the process, these powers may have to give up or suitably amend their ideological predilections, shibboleths and approaches and be guided by realpolitik.

Though the Taliban had been sweeping through the Afghan countryside, international stakeholders met in the Qatari capital of Doha last week with the pious intention of bringing unity, peace and a consensus-based government. In a last ditch effort, the pro-American politicians ensconced in Kabul unofficially told the Taliban that they were ready for a new power-sharing arrangement.

But the Taliban were already at the gates of Kabul and magnanimously assured the world that they would not seize power by force. Seeing the writing on the wall, the Chief Executive of the government, Addullah Abdullah, started negotiations with the Taliban for an orderly transfer of power.

But with the Americans gone, the inflow of dollars will cease.And with the Taliban entrenched in Kabul, Islamabad will be hard put to it to resist the Taliban’s ideological power over the Islamic outfits in Pakistan. Islamic radicalism and terrorism, which has so far claimed 70,000 lives in Pakistan, will be on the ascendant to Pakistan’s detriment.

Successive governments in Islamabad and its armed forces had had to bow to the diktats of the Islamic radicals in vital matters of national policy. The latter will only get stronger with the Taliban firmly entrenched in Kabul. This bodes ill for Pakistan which wishes to emerge as an international investment destination with the China-aided CPEC project and the Gawadar port.

In the absence of sufficient American aid, Islamabad will have to depend more and more on Chinese assistance and even Chinese economic diplomacy to rein in the Taliban. After the Taliban takes over in Kabul, Pakistan will not be able to routinely blame Indian agents allegedly based in Afghanistan for incidents of terrorism on its soil. Doing so would show the Taliban regime in poor light.

US-Pakistan relations, already very strained, will get worse. After relying on Pakistan to bring a recalcitrant Taliban to the negotiating table in Doha, the US started accusing Pakistan of continuing to give the Taliban shelter and bases on its territory. Recently, the Pentagon spokesman John F.Kirby had said that the “presence of terrorist safe havens” along the Pak-Afghan border was causing instability inside Afghanistan. He said that the US was in talks with the Pakistani leadership for “closing down” such sanctuaries.

Expressing Pakistan’s disappointment at the American attitude, Prime Minister Imran Khan told the media that the US had begun considering India as its strategic ally in this region and that Pakistan did not matter any longer. He said he made it clear to Washington that Pakistan would not allow the US to launch attacks on Afghanistan from its territory. But this is of no relevance in the emerging situation.

Pakistan has to find a role for itself after the Taliban takeover. Thus far, Pakistan has had only intelligence cooperation with the Taliban with little or no involvement in any of the constructive activities. It could, however, team up with China in development activities even if only as a junior partner because China is interested in extending the China-Pakistan Economic Corridor (CPEC) in Afghanistan. The Pakistanis could help the Chinese liaise with the Taliban authorities using their long standing links with the Taliban.

India, which participated in Thursday’s Doha talks, had made it clear that it would neither give air support nor put troops on the ground to help the Kabul regime despite many years of friendship and cooperation with the latter. According to Financial Express India did not want to be caught in the cross-fire between the government and Taliban forces.

India is showing signs of withdrawal from its earlier fanciful idea of having an all-Afghan consensual government formed as a result of peace talks held under the shadow of American arms. But this does not mean that India will immediately and overtly support the Taliban any time soon. In New Delhi’s eyes, the Taliban are tainted by their close association with Pakistan.

However, India cannot opt out of Afghanistan. It has huge economic stakes in Afghanistan and a growing interest in Central Asia. India has been consistently supporting the elected US-backed governments in Kabul and has so far given them economic assistance to the tune of US$ 3 billion.

It is not clear as to what exactly India would do in the event of a Taliban takeover. The old option of using the non-Pashtun war lords of the Northern Alliance to take on the Taliban, does not exist now as the war lords have collapsed. The more practical option for India is to dangle the carrot of development assistance before the Taliban, who are said to be eager to transform Afghanistan from a garrison State to a State geared to economic development and social welfare. Studies have shown that the Taliban have maintained public services in areas under their control.

India will have a powerful incentive to continue along the development-assistance path because China is keen on extending its Belt and Road Initiative (BRI) to Afghanistan. In contrast to China, India has immense experience in working in Afghanistan’s developmental sector across a wide range of activities spanning education, capacity building, health, irrigation, water supply and energy. Any sensible Afghan government would use India in the development sphere.

Russia and China have hosted talks between the Kabul government and the Taliban, and as such, will be interested in establishing economic and political ties with the Taliban to fill the gap left by the Americans and also to safeguard their geo-political interests vis-à-vis the US in the South and Central Asian region.

The Russians would, in all likelihood, work with the Chinese in this regard and the Chinese in turn could bring in their ally Pakistan. With the US leaning more and more towards India, its partner in the Indo-Pacific “Quad” and also its Strategic partner in South Asia, Russia, China and Pakistan would form a bloc in Afghan affairs. All in all, the world should brace itself to witness, if not a hot war, a cold war fought in Afghanistan between the global and regional powers.

But much depends on how the Taliban shape up as rulers. If they continue to pursue their stated goal of establishing a rigid, Pashtun-dominated Islamic Caliphate, riding roughshod over all opponents, non-Pashtuns, and critics, Afghanistan will again slide into a hot war with various vested interests fishing in the troubled waters. Afghanistan is indeed entering a “make or break” era. 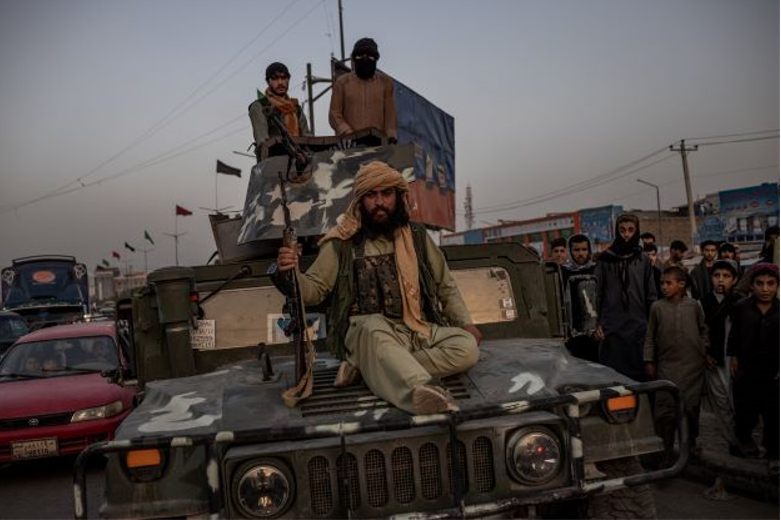