“Steps Today Different From the Past”: New Global Order Emerges Around the Taliban

The Taliban has taken over Afghanistan. Ghani has fled, Joe Biden has no idea of what explanation to give his own people for the complete chaos and collapse of whatever infrastructure and the Afghan Army that the Americans had claimed was in place, and a new world order with Kabul at the centre is emerging at an extremely rapid pace.

The Taliban is consolidating fast, getting a grip on Kabul. Its leader and co-founder Mullah Abdul Ghani Baradar has returned after 20 years,choosing Kandahar over Kabul as his touchdown base. The Taliban has held a press conference where its spokesperson Zabihullah Mujahid answered all questions from international and local journalists in some detail (a lot lost in translation clearly), and sought to project the Taliban as a changed entity.

He made three important points:

- “War has ended... (the leader) has pardoned everyone.” “All those on the opposite side are pardoned from A to Z, we will not seek revenge.”

-“We are committed to letting women work in accordance with the principles of Islam.” That they would be invited into government, and be free to study and work.

- “We will connect with all sides” in establishing a government.

Significantly when asked what was the difference between the Taliban today and two decades ago Mujahid said, “If the question is based on ideology, and beliefs, there is no difference... but if we calculate it based on experience, maturity, and insight, no doubt there is marked difference.” And added,“The steps today will be positively different from the past steps.”

So as with all governments the Taliban governance will be split into distinct foreign and domestic components. This part deals with the first, and tomorrow we can examine the probable domestic policies and impact of the Taliban.

It is evident that a new order is coming together, with the first steps that the Taliban took into Kabul. Interestingly Mujahid at his press conference seemed to confirm that the Taliban was planning to circle Kabul and not enter immediately, but the collapse within the capital compelled it to go in and take hold of key installations. But it has done so peacefully, without a single shot being fired.

The Taliban military strategy has been to enter Kabul with the rest of Afghanistan under its belt. So that it’s authority was not open to any challenge. The so-called provincial leaders either fled like Dostum or surrendered as the Taliban made it clear that it was not keen to fight, and would this time around embrace peace if they did so too. This is largely the reason, according to reports from the ground, that the Taliban swept the country with amazing speed, and barely any fighting except in pockets.

Several reasons are being offered for the collapse of the Afghan Army that the Americans claimed would take over after their exit. Instead the force collapsed. This is being attributed to poor salaries with payments being delayed inordinately and low motivation in the face of the Taliban’s argument that they should all join hands as Afghanistan was theirs, that there would be no retribution, and most importantly they were in power and the Americans had left.

The Taliban will certainly attempt to follow a foreign policy that is aimed at convincing the world that one, they can be trusted; two, they will follow international norms; three, they will open their doors to development and big business to bring Afghanistan back on track.

The new order is already emerging. Pakistan is back in the driver's seat, holding meetings with not just the Taliban but other stakeholders as well. While many other missions have shut down, and diplomats and staff have fled the country, Pakistan’s embassy in Kabul is working over time. UK and Germany have already established close coordination with Pakistan on Afghanistan as have Russia and China from before.

While America is still smarting from the defeat with its media holding the administration responsible for deserting Afghan women, journalists and others who had worked closely with them and were now terrified for their lives, China and Russia have already said that Afghanistan is safer under the Taliban than it was under former President Abdul Ghani. This hug will deepen over the coming days and weeks with the Taliban happy to give assurances ---as it has already---that it will not allow its soil to be used by anyone (terrorists, insurgents, governments) against another country. China’s Belt and Road project is expected to soar now as is Russia’s gas pipeline.

Turkey and Iran have also stepped in, with open channels of communication with the Taliban. Iran’s President Ebrahim Raisi said that the United States “military failure” in Afghanistan had opened the doors for lasting peace."Iran backs efforts to restore stability in Afghanistan and, as a neighbouring and brother nation, Iran invites all groups in Afghanistan to reach a national agreement, “Raisi said.

Turkey too has reached out to the Taliban. It is now ready to provide technical and security assistance to the Taliban, Reuters quoted sources as saying. Turkey’s foreign minister told a news conference in Jordan,"We view positively the messages that the Taliban has given so far, whether to foreigners, to diplomatic individuals or its own people. We hope to see these in action as well."

India is barely in the picture at the moment. Although Baradar has said that New Delhi is welcome to continue its infrastructure projects in Afghanistan, there is little else by way of concrete contact. The official government position is that Sikhs and Hindus refugees from Afghanistan are welcome. And the Prime Minister has said that the government stands with “our Afghan brothers and sisters.”There were reports earlier about some contacts having been established with the Taliban, but clearly it's at a nascent stage.

Aid remains paramount for the Taliban and it will follow the global community, and more so its new friends and allies, to ensure that it gets international aid, and also does not tempt countries like the US to impose sanctions. 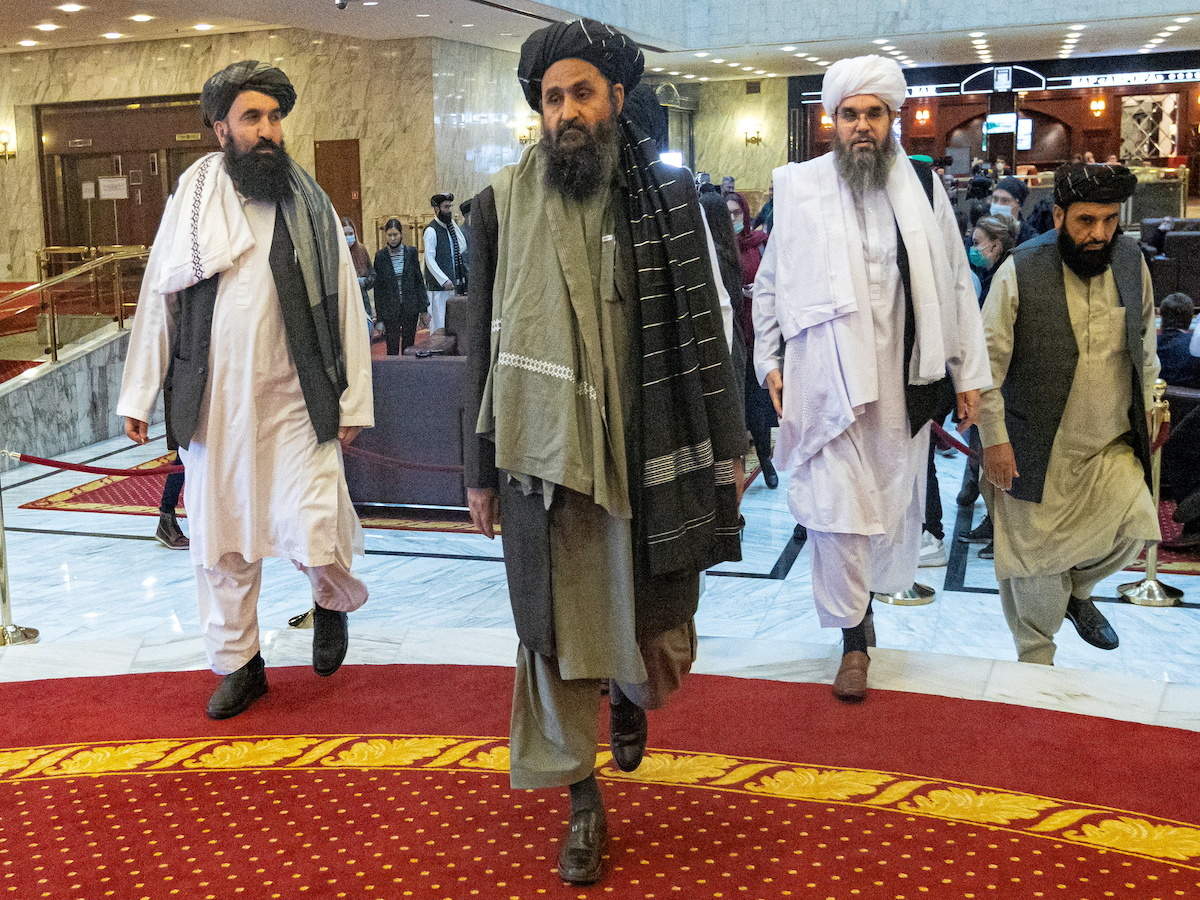