Massoud tells Reuters he is willing to talk

Many Indian analysts are ecstatic that the Taliban’s goose is cooked, as Amrullah Saleh, deposed president Ashraf Ghani’s former deputy, is on the march to marshal an anti-Taliban resistance movement, a la the Northern Alliance of the late 1990s.

The cold air of realism should have taught them the bitter lesson by now that wishful thinking does not translate as reality.

Panjshir Valley is the stuff of folklore, for that is where the Soviet army met fierce resistance for the first time after its intervention in Afghanistan in 1980. Saleh is tapping into that romance.

But the incredibly beautiful 150 km long Panjshir Valley, a strip of land surrounded on three sides by towering mountains with only one narrow route leading to the south toward Kabul, has a mythical hold on imagination, while it also holds some dark secrets.

For a start, the legend is that the Red Army met with a crushing defeat in Panjshir. But, the truth is that the Soviet campaign in Panjshir was a series of short, crisp punitive missions — nine or so in number — during the 1980-1985 period, which ended inconclusively largely due to the change of leadership in Moscow. Remember, by 1986, Mikhail Gorbachev had already announced his intention to withdraw the Soviet contingent from Afghanistan.

But what is even less known is the deal that the Soviet-era KGB struck with Ahmed Shah Massoud whereby Soviet army ended its campaign and Massoud’s men refrained from attacking Soviet bases in Panjshir and also from disrupting the military traffic through the Salang Tunnel (which connects Kabul with Soviet Uzbekistan’s Southern Military District headquartered at Termez from where the entire Afghan operation was managed.)

That Faustian deal between the KGB and Massoud held on right until the Soviet withdrawal in 1989 despite the Afghan government’s repeated attempts to undermine it. In fact, it was through the Salang Tunnel that the Soviet army columns finally retreated from Kabul peacefully in 1989.

Another myth about Panjshir is that it defeated the PDPA regime led by Najibullah but in reality, Massoud engineered defection form the government and seized power while the UN was negotiating an orderly transition to a Mujahideen government in Kabul.

And the mother of all myths has been the ‘resistance’ of the late 1990s under the banner of the so-called Northern Alliance, which was an unwieldy platform of quarrelsome groups and hardly an alliance. It kept losing territory to the Taliban and but for the US intervention following the 9/11 attacks, Taliban would have won total victory in the foreseeable future. Three major regional states propped up the Northern Alliance — Iran, Russia and Iran — and but for that, the alliance would have unravelled.

Suffice to say, Russian intelligence has old connections in Panjshir and in the present-day context, Moscow simply cannot allow another anti-Taliban resistance to vitiate the security situation, since that would only work to the advantage of the Islamic State, which has significant presence in Northern Afghanistan bordering Central Asia.

Moscow must be well aware that Saleh is a creation of the CIA, which trained him as an intelligence operative and catapulted him over time to the high echelons of Afghan power structure as its ‘man in Kabul.’ Therefore, when Saleh speaks of ‘resistance’, it is a euphemism for the return of the US to Afghanistan to play the long game against Russia, China and Iran.

Over and above, Saleh will have a problem to rally the Panjshiris behind him. Panjshir is a beehive of factional politics. Even when Massoud was alive, his aides were undercutting each other. After his assassination in 2001, they fell apart. Abdul Rahman was assassinated in mysterious circumstances at Kabul airport in 2002; Mohammed Fahim died; Yunus Qanooni (the smartest of them all, perhaps) got marginalised; and Abdullah Abdullah chose to be a lone ranger.

Therefore, it comes as no surprise that the Taliban has sought Russian help to facilitate a patch-up with those Panjshiris who might be reconcilable such as Qanooni, Massoud’s two younger brothers and his son Ahmad Massoud. It is entirely conceivable that the Taliban may offer some power-sharing formula. read more

The Taliban is highly pragmatic and would regard it wasteful to resume the military offensive to capture Panjshir. Taliban’s preference, historically, has been to keep the military option as the last resort.

This is an astute move by the Taliban who would seem to know the history of Russia’s covert dealings with Panjshiris. As for Russia, this is a great opportunity to mentor the formation of the interim govt in Kabul.

Russia’s main concern today is to prevent another round of hostilities at this point, as that can only work to the advantage of the Islamic State. Russia fears another Syria-like conflict on the doorstep of the Central Asian region. In the Russian perception, IS is a geopolitical tool of the US.

The big picture is that Moscow is encouraging the formation of an interim govt in Kabul as quickly as possible. If a power sharing arrangement can be worked out, it would enhance the international legitimacy of the new govt, which in turn would facilitate its diplomatic recognition by Russia, China, Iran and the Central Asian states, amongst others. Therefore, Taliban’s reconciliation with Panjshir Valley can be a game changer. 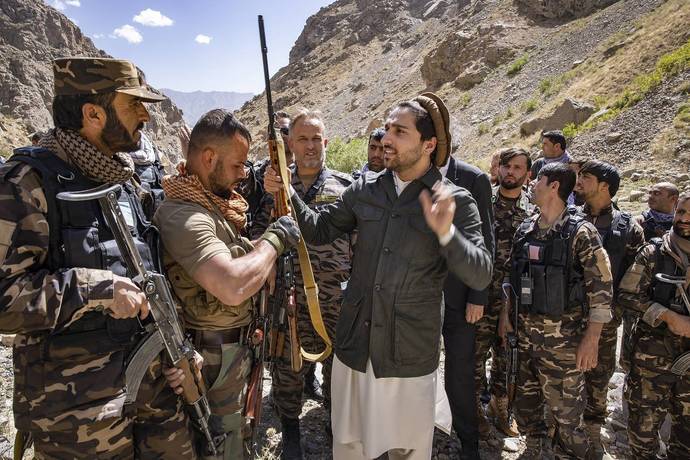