Will the QUAD Summit Discuss an Indian Base for the US?

US President Joe Biden will host the first ever in-person summit of the leaders of the Quad group of countries on Friday September 24 in Washington DC. Indian Prime Minister Narendra Modi, Australian PM Scott Morrison and Japan's Yoshihide Suga will participate in this important meeting.

Officially, the agenda is “deepening ties and advancing practical cooperation in areas such as combatting COVID-19, addressing the climate crisis, partnering on emerging technologies and cyberspace, and promoting a free and open Indo-Pacific.” But questions relating to Afghanistan after the US withdrawal and the refusal of the Taliban to meet the international community’s conditions for recognition, are bound to come up. The possibility of the US acquiring a base or bases in North West India to stage “Over-the-Horizon” strikes against the Taliban or its allies in Afghanistan could also be discussed. This will be of critical importance to India, Pakistan and the Taliban.

Though the US is eager to replace Afghanistan and the Central Asian region by East Asia, the Indo-Pacific and China as its primary area of concern, it cannot brush Afghanistan under the carpet. Afghanistan could still be a terrorist hub given the ideological rigidity of the Taliban, their like-minded allies, and their muscular approach to issues. It was for this reason that President Biden had said, after withdrawing from Afghanistan, that while the US would avoid putting troops on the ground in Afghanistan or anywhere else, it would use “Over the Horizon” weapons to counter enemies.

It was in this context of Biden’s statement, that Congressman Mark Green of Tennessee sought Secretary of State Antony Blinken’s view on using India as a base for Over the Horizon attacks. Replying to Green, at a recent Congressional hearing on Afghanistan, Blinken said: "Let me just say generally Congressman, we're deeply engaged with India, across the board. With regard though to any specifics about over the horizon capabilities, and the plans that we put in place, it will continue to put in place."

Since Blinken said: “We are deeply engaged with India across the board,” many in India came to the conclusion that the US and India are indeed engaged in discussing a base or bases in North West India. Blinken’s other remark that he would rather discuss this matter “in another setting” heightened speculation that somethings could be going on between the US and India away from prying eyes of the public.

The theory that India could go along with the Biden Administration on the matter of providing a base in India, is based on the strong stand India has taken on the Taliban administration. It has come down heavily on its non-inclusive character. It’s Council of Ministers has just 3 non-Pashtuns among 33 members. And there is not a single women in it.

The regime’s character is further tainted in Indian eyes by the fact that it is being uncritically endorsed by Pakistan. Pakistan is the only country which is pushing Taliban’s case for recognition internationally. India stoutly opposed Pakistan’s bid to get the Taliban government to represent Afghanistan at the SAARC Foreign Ministers’ meeting in New York on the sidelines of the on-going 76 th.,Session of the UN General Assembly. With some other SAARC members also opposing Pakistan’s move, the meeting had to be called off.

One of the reasons for the apparent credibility of the theory that India could eventually break away from its hallowed tradition of not permitting foreign military bases on its soil is that it had in the last few years entered into three “Foundational Agreements” with the US for military cooperation and interoperability.

LEMOA is actually an accounting mechanism, which allows both countries to replenish at each other’s designated military facilities for payment, not on an ad hoc, case by case, basis, but in a deferred and consolidated way. The facilities that could be availed of include food, water, billeting, transportation, petroleum, oil, lubricants, clothing, medical services, spare parts and components, repair and maintenance services, training services, and other logistical items and services.

Initially, there were fears that signing of LEMOA would turn India into another military base for the US. But the then Defense Minister Manohar Parrikar said at the signing ceremony: “LEMOA doesn’t have anything to do with setting up of bases.”

The second Foundational Agreement, COMCASA, provides secure communication channels. An earlier and rudimentary variant of COMCASA, called the General Security of Military Information Agreement (GSOMIA), was signed in 2002. However, it did not cover many sensitive technologies that the COMCASA paved the way for. As the name suggests, COMCASA deals with secure military communication. COMCASA increases the ability to communicate safely with all US-made equipment used by foreign militaries, such as those of Japan and Australia.

The Basic Exchange and Cooperation Agreement (BECA) is an agreement between the National Geospatial-Intelligence Agency of the US Department of Defense and India’s Ministry of Defense. It allows both countries to share all kinds of military information such as geomagnetic and gravity data, maps, nautical and aeronautical charts, commercial and other unclassified imagery. But there are provisions for sharing classified information like sensitive satellite and sensor data, with safeguards to prevent it from being shared with any third party. BECA will enhance the accuracy of Indian missiles and armed drones that need such data.

Quashing rumors that all these agreements will lead to India’s giving a military base to the US to strike at a common enemy like the Taliban, the spokesman of the Indian Ministry of External Affairs (MEA) Arindam Bagchi said: “We continue to be engaged with US and others regarding developments in Afghanistan. We won’t respond to media reports. The actual conversation in the US Congress hearing was different from media reports.”

Asked whether the three foundational military agreements signed with the US would oblige India to provide staging posts for strikes in Afghanistan, Bagchi said: “Nobody can force us. I don’t think either side can force.”

However, the commitment of the US to fighting the Taliban and Pakistan continuously, will be weaker than India’s. This is because America’s focus of attention has switched to China which is becoming a maritime power in the Indo-Pacific region challenging US hegemony there. To the US, Afghanistan and Central Asia are now less important. For India, on the contrary, the Indo-Pacific region is less important than Afghanistan and Pakistan. India is not a maritime power nor is it an island in the Indo-Pacific. Yes, it has been having a long confrontation with China, but that has been over land borders rather than sea lanes. India faces China primarily on land and the air. Confrontation at sea is still a distant prospect. 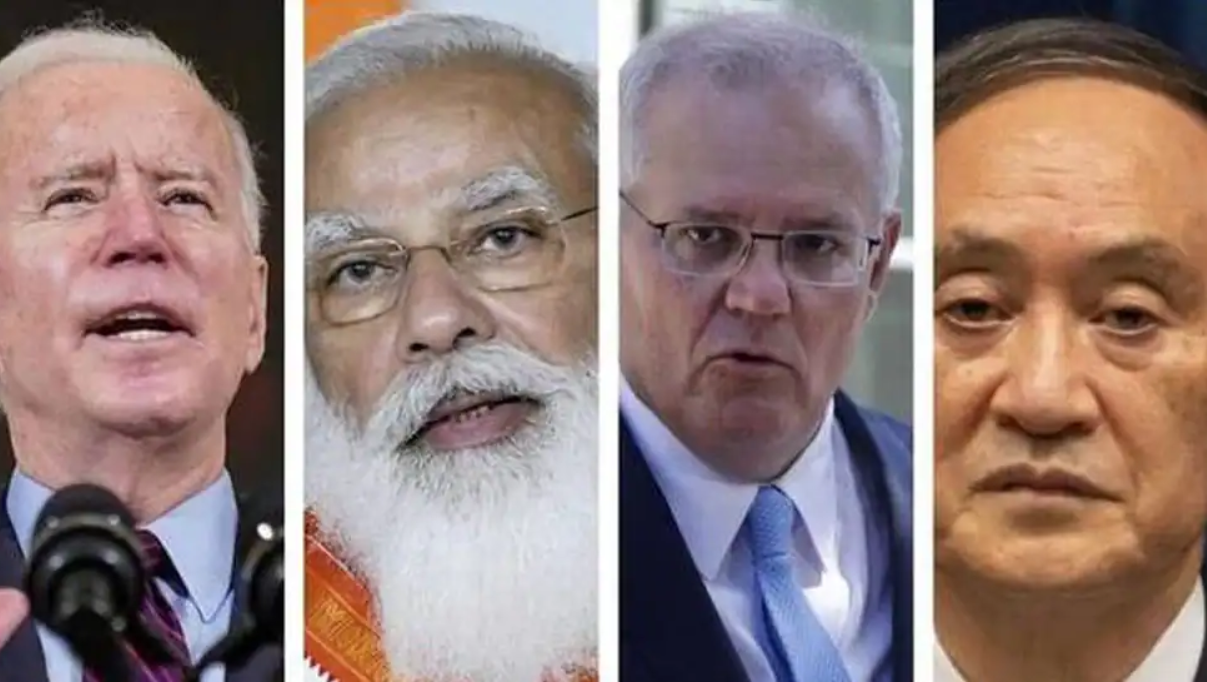