The Taliban is getting many suitors lately. It is far from the “pariah” that the Biden Administration thought it was destined to be. During the past month alone, the Taliban received six suitors from the region and beyond offering courtship — the foreign minister of Qatar; the special envoys of Russia, China and Pakistan; the High representative of UK Prime Minister; and the foreign minister of Uzbekistan who visited Kabul on Thursday.

They all conveyed goodwill and made pledges of selfless affiliation. The Taliban leadership is mulling over the overtures. Ironically, the Taliban runs the risk of getting entrapped in the bitter jealousies that have surfaced amongst the outside powers.

Broadly, the outside powers have formed two blocs: Qatar is teaming up with the UK and other Western countries, while Russia, China and Pakistan tend to bond together mostly. Uzbekistan has one foot in each camp.

Qatar is acting as the bridge between the West and the Taliban and that is important for the US not only because the Pentagon’s Central Command is based in Doha but the Taliban leaders and their families have enjoyed for years the Qatari state hospitality and are beholden to the Gulf regime.

For the US, in particular, and the West in general, any recognition of the Taliban government at this stage is difficult as the chaotic withdrawal from the Kabul Airport is still fresh in everyone’s memory and remains a live issue in US politics, although it is steadily fading as more pressing domestic issues return to the centre stage — vaccination, economy, jobs, infrastructure bill and President Biden’s social safety net, etc.

(Editor's note: But the recent meeting between the US and the Taliban at Doha was described by both sides as good and satisfactory. And there was sufficient indication from Washington that it could lead the way for international recognition provided the Taliban matched its conciliatory words with action.This article was written shortly before the US-Taliban meet.)

But “Global Britain” is raring to go and has engaged with the Taliban officials directly. In reality, the UK is making things easy for the US to “return” to Afghanistan and start dealing with the Taliban government sooner rather than later. Britain senses that it is not in Western interests that the Russia-China-Iran regional axis calls the shots in Kabul.

Reports have appeared that emergency plans are being worked out in the Western capitals for “cash airlifts” to Afghanistan to prevent a total collapse of the country’s economy where cash is short. The emergency funding is aimed at averting a humanitarian crisis. Bizarre as it may sound, one way this could be done is by sending planeloads of US dollar bills to Kabul for distribution via banks in payments to the public directly.

The Taliban government has been sensitised about it. It is entirely conceivable that the Taliban may accept an arrangement whereby the Western powers (and the UN) replenish the Afghan banks directly.

Again, there is a parallel idea also to establish a trust fund, so to speak, out of which salaries could be disbursed to government employees and schools and hospitals are kept functioning. Plainly put, the US and other western donors would be resuming in some form their previous commitment (before the troop withdrawal), to bankroll the Afghan government, which by the World Bank estimates, amounted to a whopping 75 percent of all public spending (all in grants.)

Suffice to say, there is realisation in the Western capitals that the cash crisis could lad to the collapse of the economy, which in turn could trigger mass migration to the West from Afghanistan. The cash lifeline is reportedly being established already on a trial basis and larger air deliveries of cash from Pakistan are under consideration to inject cash into the Afghan economy.

Clearly, this project will create economic and trade levers. The current regional tour by the US Deputy Secretary of State Wendy Sherman to Tashkent and Islamabad appears to be related to the finalisation of the project to kickstart the Afghan economy.

Both Uzbekistan and Pakistan are gateways to Afghanistan. While the cash injection is best handled from Pakistan, Uzbekistan is the most feasible gateway to establish a humanitarian corridor. Besides, Washington has conceived an innovative idea to source relief supplies and other materials related to Afghan reconstruction from the production bases in Central Asian countries.

The Central Asian states are greatly interested in the idea — Uzbekistan in particular — which figured at the recent discussions of the C5+1 foreign minister level meeting between the US Secretary of State Antony Blinken and his Central Asian counterparts. Needless to say, the Western countries are returning to Afghanistan riding the wings of a humanitarian-cum-economic-cum-trade project based on geoeconomics. But it will have profound political overtones as time passes.

These developments have prompted Russia to energise its moribund “Moscow format” to engage with the Taliban. The Moscow format is a negotiation mechanism established by Russia in 2017 to address Afghan issues. It includes Afghanistan, China, Pakistan, Iran, India, and some other countries.

It held several rounds of talks in Moscow in 2017 and 2018 but thereafter became dormant, as Russia developed yet another compact exclusive format called Troika Plus – Russia, the US, China, and Pakistan.

Moscow’s preference is still for Troika Plus as it provides a window of opportunity to work with the US on Afghanistan. Moscow considers that any selective engagement with the US would ease US-Russia tensions and might even have a salutary effect on the overall relations between the two superpowers.

However, the US takes a lukewarm attitude toward Troika Plus precisely for the same reason, namely, that it might get entangled needlessly with Moscow when it is better off on its own, as the Taliban are no strangers anyway.

To be sure, the spectre of the US and Western powers leveraging the Central Asian states directly over the Afghan situation, bypassing Russia, must be haunting Moscow. Indeed, the US sees any cooperation with the Central Asian states over the Afghan issue as working to its advantage in expanding its influence in that strategically important part of the Eurasian region where Russia and China currently exercise a preeminent presence.

Suffice to say, the Russian proposal to hold a meeting of the Moscow format (after an interlude of 3 years) on October 20 aims at creating space for the Taliban to negotiate with the US and Western powers, and secondly, to encourage the Taliban to diversify its relationships instead of putting all its eggs in the Western basket.

But then, the Taliban is keen on integration into the international community and is acutely conscious of the criticality of funding by the international financial institutions. The Taliban knows that Washington holds the key. Interestingly, a high-level Taliban delegation led by Foreign Minister Amir Khan Muttaqi, including senior intelligence officials, left Kabul for Doha today. Presumably, Muttaqi will have discussions with American officials.

For the Taliban, the top priority is to govern the country. It has no geopolitical agenda. It faces an acute situation insofar as its cadres are inexperienced in managing the administration and second, it lacks financial resources to run the country. This is where the Western strategy to build a new relationship with the Taliban government through bankrolling the country’s economy makes sense. 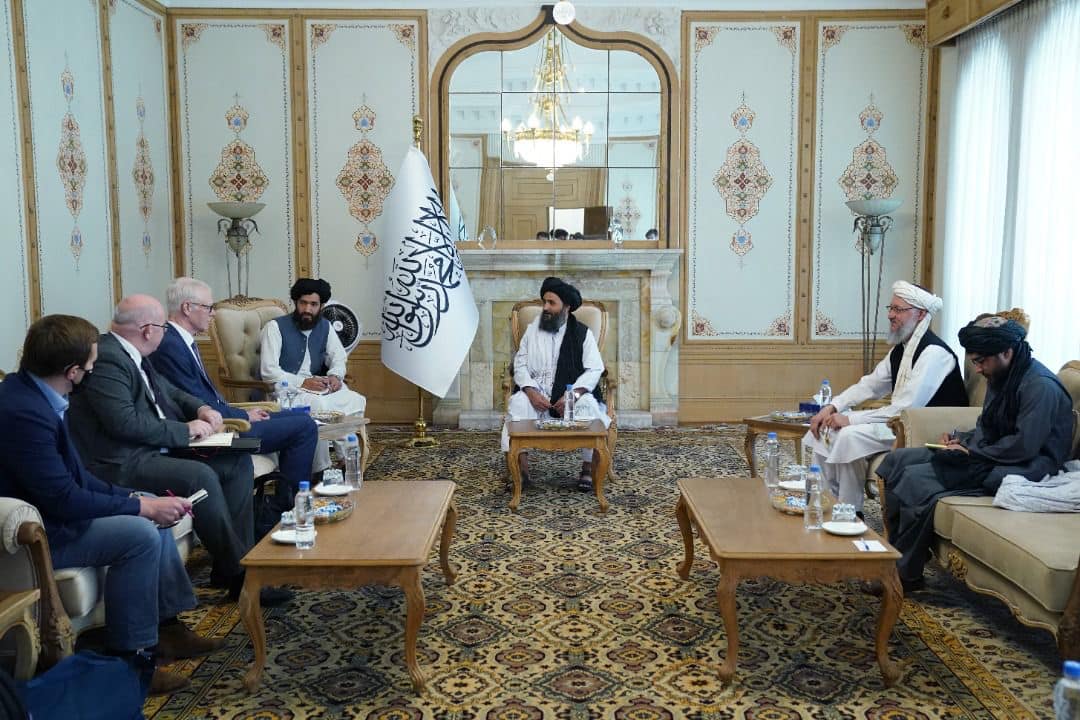