The missions’ statement, written by the Afghan Embassy in Sri Lanka, said that Afghanistan is facing one of the most complex humanitarian crises of its recent history. The crisis has “stemmed from a convergence of the past four decades of imposed conflicts, endemic poverty, the adverse effects of climate change and the impact of the global economic recession due to COVID-19,” it said.

Going further it said: “More importantly, the past six months of extreme violence, failure of the state to provide effective public service, and disruption of the constitutional order have further exacerbated the grim humanitarian landscape across Afghanistan where the imminent collapse of state institutions and economy have pushed the whole Afghan nation to the brink.”

“The diplomatic missions of the Islamic Republic of Afghanistan welcome the convening by UN Secretary General Antonio Guterres of a high-level ministerial conference on Afghanistan’s humanitarian situation last month. Afghans were heartened that over one hundred countries and thirty international and regional organizations participated and generously pledged $1.2 billion—including $606 million for the next four months through the end of December.”

“However, of the latter amount, according to the UN, it has only received $300 million, which is inadequate to address the urgent needs of Afghanistan’s vulnerable groups across the country. Hence, we strongly support the call by Secretary-General Guterres on the international community to expedite the disbursement of their generous financial aid pledges to help avert worst-case scenarios if lifesaving aid fails to reach those in acute need.”

“The missions underscore with gratitude the provision by the European Union (EU) of $1.2 billion in pledged support for the humanitarian programs in and out of Afghanistan with a focus on the Afghan internally displaced persons, refugees in neighboring countries, as well as asylum seekers.”

“Knowing from past experience, we urge that the implementing agencies of the UN, NGOs, and other humanitarian actors take maximum aid effectiveness measures to ensure that assistance is delivered to the most vulnerable people and on the basis of needs alone. This collective effort should help reach more Afghan beneficiaries for assistance and thus save more lives this winter.”

“The diplomatic missions of the Islamic Republic of Afghanistan around the world will offer their full support and assistance to the international assistance community and humanitarian actors to accomplish this extremely important life-saving mission,” the statement assured.

Finally, the missions appealed to the Taliban to cooperate. “We also call on the Taliban to ensure full respect for human rights, international humanitarian law and principles so that the humanitarian aid community can reach out to all our people in need,” they said. 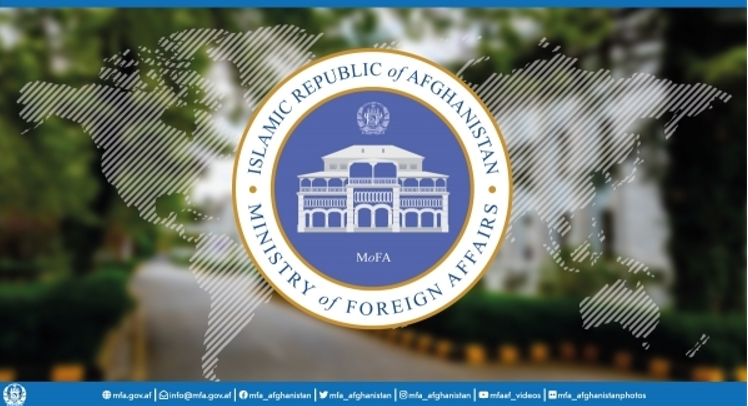