COLOMBO: The Sri Lanka Podujana Peramuna (SLPP) government is moving closer to giving effect to the September 2020 decision to ban cow slaughter. Given its political importance, a comprehensive and integrated law banning cow slaughter will be passed by parliament before long, with few MPs saying “nay”.

The ban is ostensibly meant to increase milk production, obviate imports of milk and boost the income of dairy farmers. But the real reason is politico-cultural and appears to be aimed at raking in Sinhala-Buddhist and Hindu votes in the coming Provincial Council elections.

This consideration is important as the ruling Sri Lanka Podujana Peramuna (SLPP) will be fighting the elections with its back to the wall. The COVID-19 pandemic, serial lockdowns and the ban on chemical fertilizers and pesticides have led to a noticeable decline in the popularity of the ruling party.

The regime hopes to stage a quick recovery in the economic sphere since the relaxation of the restrictions. But that is easier said than done, given the adverse reaction to certain quick fix solutions to the economic and health issues.

Given this grim scenario, the only way open to the government is to tap into the socio-cultural and religious sentiments of the majority community – the ruling party’s traditional voter base.

The bid to bring about a common law for all Sri Lankans by doing away with separate religious laws, is one of the measures to activate the support of the Sinhala-Buddhist community. The other measure is the proposed ban on cow slaughter.

The ban is promoted on the grounds that it will help increase milk production. But Canada-based Sri Lankan scientist Dr.Chandre Dharmawadana writes that for various reasons, the cost of milk production in Sri Lanka is much higher than in the US or New Zealand. Furthermore, pasture necessary for dairying needs a lot of land but Sri Lanka has a scarcity of land.

Pasture maintenance also needs a lot of water and fertilizer, both of which are not in short supply. And cows need to drink a lot of water to produce one litre of milk. Therefore, Dr.Dharmawardana recommends that Sri Lanka continues to import milk even though the import expenditure is about US$ 300 million per annum.

There is another nagging question: If there is a ban on cow slaughter what will farmers do with cows which have ceased to yield milk or what will they do with bulls which cannot be put to use? The government has no convincing answer, except saying that it will allow export of cattle or make other arrangements.

If cattle cannot be killed, Sri Lanka cannot export beef. And to meet the needs of the Christian and Muslim minorities, says beef will be imported government says. But imported beef will certainly be out of reach for the common man. And importing beef will only add to the problems created by the existing foreign exchange shortage.

Owners of tanneries have been quoted as saying that they would be badly hit by the leather shortage if the slaughter of cattle is not allowed. V. Ram, proprietor of PPK Velaiyappa Nadar, a leather manufacturer, is quoted by a news website as saying : “If there is no cowhide, the leather industry will completely crash.” He further said: “The import of raw cowhides is impossible as its export is banned by other countries.”

A Samagi Jana Balawegaya (SJB) leader, Harin Fernando, has warned that 300,000 leather workers would lose their jobs if there is a ban on cow slaughter.

Be that as it may, government believes socio-cultural and religious sentiments over-rides all other considerations during the elections. Sinhala-Buddhists may not worship the cow as Hindus do, but killing the cow and eating beef are considered culturally undesirable and avoidable. This is partially rooted in the importance of milk in Sinhala-Buddhist culture.

James Stewart of Deakin University who wrote Cow Protectionism in Sinhala Buddhist Sri Lanka, (January 2013) says that it rests on the closeness of Sinha-Buddhism (as practiced, if not in theory) to Hindu beliefs and practices. He points out that cow protectionism comes to the fore when there is a social or political need to use it to differentiate Buddhists from people following Abrahamic religions like Islam and Christianity.

When Englishman Robert Knox was imprisoned in Kandy in the 1600s, he observed that many Kandyans were disdainful of captive Europeans, who they referred to pejoratively as ‘beef eating slaves’. Dutch records show that the Sinhalese in Galle rioted against Dutch traders and soldiers because the latter were killing cows for food. According to Stewart, with the decline of Buddhism following the establishment of Portuguese hegemony in the 16 th.Century, Sinhalese Buddhists began to eat beef. And over the next 300 years of European rule, beef eating had become common, pointed out Aryadasa Ratnasinghe in a piece in Daily News Feb 5, 2002.

It was only in the early 19 th.,Century, when there was a Buddhist revivalist movement in Sri Lanka under the leadership of Anagarika Dharmapala that cow slaughter and beef eating became an issue again. Ratnasinghe recalls how Anagarika Dharmapala, the Buddhist revivalist, went from place to place in his vehicle, displaying a banner which read Gawa mas nokanu (Don't eat beef). At that time, beef-eating was common in Sri Lanka even among Buddhists as it was cheap, selling at 30 cents a pound.

However, the cow slaughter issue went into oblivion and was revived only in the 2000s, with a rise in anti-Muslim feelings. Sinhala Buddhist nationalists and Buddhist monks raised the cow slaughter issue. In 2009, parliament discussed a bill brought by Wijedasa Rajapakshe who alleged that the absence of a ban on slaughter was responsible for cattle thefts.

In September 2012, the Kandy Municipal Council passed a resolution banning animal slaughter within municipal limits. In 2013, a 30 year old Buddhist monk, Bowatte Indraratna Thera committed self-immolation in protest over the killing of cattle by Muslims. The act was committed near the main entrance of the Temple of the Tooth to have a religious effect.

But the matter was not pursued as other anti-Muslim issues like Halal certification and the burqa grabbed the attention of Buddhist radical organizations like the Bodu Bala Sena and the Sinhala Ravaya.

Meanwhile, the anti-cow slaughter movement was incorporated in the larger animal protection movement. Stewart says that the Mettasutta, a popular text amongst Sinhala Buddhists, was used by the Organization for the Preservation of Life to propagate cow protectionism. The reason for the use of the cow as a symbol in the animal protection movement is that the cow is adored by Sinhala Buddhists for the milk it gives. Milk is seen as the source of life, and the cow is equated with the life-giving and loving mother Kiri Amma, Stewat says.

The Organization for the Preservation Life carries a piece of advertising that prominently utilizes an image of Śhiva, Parvātī, and Kāma Dhenu—the latter, of course, being a precursor deity to Kiri Ammā. A billboard of the organization carries a picture of a cow with a caption asking “How can we eat this?”

The Gawa mas nokanu community has a Facebook page in which there is a picture of a teary-eyed, terror-stricken cow in an abattoir with a caption asking “Are we the only ones who fear death?” 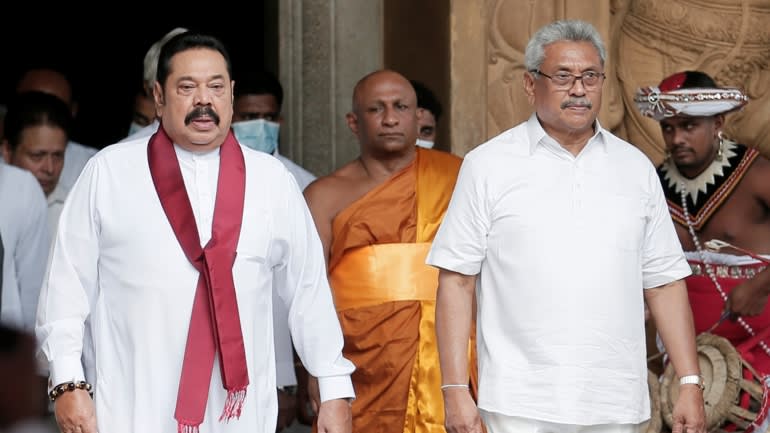