Palliatives not a long term solution

Since the Blasphemy Law was enacted in Pakistan in the early 1980s, and the Federal Sharia Court ruled that the “death penalty is the only punishment for contempt of the Holy Prophet” in 1990, no mercy has been shown in the case of persons accused of blasphemy.

As Bilal Hayee says in his research paper Blasphemy Laws and Pakistan’s Human Rights Obligations, the general public, the police, the judiciary, the administration, the political parties and the media, all join to ensure that the accused gets the maximum punishment. Since blasphemy is deemed an act against the Prophet himself, no objections are raised when people take the law into their own hands and lynch the accused.

This is the reason why as many as 75 people have been lynched in Pakistan for alleged blasphemy and there is no concern about the violence. The lynching of Sri Lankan factor manager Priyantha Kumara Diyawadana was only the latest in a long list.

As Bilal Hayee point out, the provisions of the Blasphemy Law are so vaguely worded, that any act can be deemed blasphemous and the accused can be lynched. In Priyantha’s case, all that he had done was to remove a poster from the wall of the shop floor which had carried an announcement of an Islamic event. He did not even know what the poster was about because he could not read Urdu. He apologized when the workers objected to the removal, but some workers went out and spread the rumor that the manager had blasphemed. That was enough for the workers and others to beat him to death and burn his body on the road. People watched the spectacle taking pictures. Not a little finger was raised.

However, against past practice, the Imran Khan government took swift action and arrested 900 people including 13 ring leaders using the Anti-Terror law for the first time in a case of vigilante action. It gave the civilian bravery award Tamgha-i-Shujaat, to Malik Adnan, a colleague of Priyantha’s, for trying his level-best to save the Sri Lankan. The anti-Terrorist Court will hear the case on a daily basis.

All this is to be hailed and welcomed, and are reasons to hope that the actions taken are not just because the dead man was from friendly Sri Lanka, which share’s Pakistan’s foreign policy objectives. But this optimism hangs by a thin thread.

The Pakistan government has not admitted, and will, in all likelihood, not admit, that the root cause of the lynching is the existence of the Blasphemy Law with its vague and harsh provisions. The law has caused 75 cases of lynching. And it is easily employed against the minorities and Dalits (mostly Christian converts from Hinduism). Above all, it is a law which is being increasingly used to settle personal and business scores by the powerful to settle scores with the weak.

As per Section 295 B of the Blasphemy law, whoever willfully defiles, damages or desecrates a copy of the holy Qur’an or of an extract therefrom or uses it in any derogatory manner or for any unlawful purpose shall be punishable with imprisonment for life. And Section 295 C says that whoever by words, either spoken or written, or by visible representation or by any imputation, innuendo, or insinuation, directly or indirectly, defiles the sacred name of the Holy Prophet Muhammad (peace be upon him) shall be punished with death, or imprisonment for life, and shall also be liable to fine.

However, death sentence became mandatory in 1990, when the Federal Sharia Court held that the “death penalty is the only punishment for contempt of the Holy Prophet” under 295 C.

According to Bilal Hayee, the accused in blasphemy cases are denied equality before law, presumption of innocence, the right to legal counsel, and fair trial. Abuses occur at every stage of the proceedings, he says. Sections 295 B and 295 C are cognizable offences, and so, a police officer can arrest an accused without a warrant. No proof of intent is required, which makes the victim susceptible to abuse.

Religious clerics and their supporters, especially in the Punjab province, file complaints of blasphemy based on false or flimsy allegations, Hayee says. Despite weak evidence, police officers, prosecutors and trial courts are reluctant to throw out such cases because of pressure from extremist religious groups, such as the Tehrik-e-Tahafuz-e-Khatm-e-Nabuwat, and now increasingly, the Teheek-e-Labbaik Pakistan (TLP) and the Tehreek-i-Taliban Pakistan (TTP).

In November this year, the government had signed an agreement with the proscribed Tehreek-i-Labbaik Pakistan (TLP) in order to end the nearly two-week-long blockade of the capital, Islamabad. The agreement was sanctioned by the Pakistan army and top Islamic clerics. The government released TLP’s leaders. Some ruling party bigwigs even said that the ban on the TLP would be lifted and the party would be able to contest elections. The killing of seven policemen by the TLP during the agitation was brushed under the carpet. By this deal the Imran Khan regime has made the TLP politically respectable and mainstreamed its extremist ideology.

To add to the problems arising from the mainstreaming of the TLP, the Tehreek-e-Taliban Pakistan (TTP) is on the warpath declaring that its ceasefire agreement with the government no longer exists and its war against the State’s un-Islamic policies will continue.

The TTP considers itself a part of the Emirate of Afghanistan and a branch of the Afghan Taliban. The TTP says the Government had promised the release of over 100 prisoners, but it did not keep it. Another demand of the TTP is that it wants Pakistan to embrace the Sharia law as in Afghanistan.

The TTP first hit the headlines in 2007 when it was blamed for the assassination of former Pakistan Prime Minister Benazir Bhutto. The assassination, during an election rally, was blamed on the then TTP leader Baitullah Mehsud, who wanted to get rid of Bhutto because of her pro-U.S. leanings. The roots of the organization go back to the 2001 US invasion of Afghanistan. It was in the mountains of the Federally Administered Tribal Areas (FATA) that the fraternity between the Afghan Taliban and the Pakistani wing of the group took shape.

According to a report in The Hindu, the TTP had nurtured close ties with al-Qaeda, and had carried out some of the deadliest terrorist attacks in Pakistan. Their worst attack came in 2014 when they killed 147 persons, mostly students, in an Army Public School in Peshawar. Over the years, the TTP has emerged as the most powerful terrorist organization within Pakistan, The Hindu says.

With the TLP mainstreamed and the TTP on the warpath, the chances of the Blasphemy Law being revoked or even amended suitably to prevent lynching and mob justice are indeed slim. The martyrdom of Priyantha Kumara may be in vain. 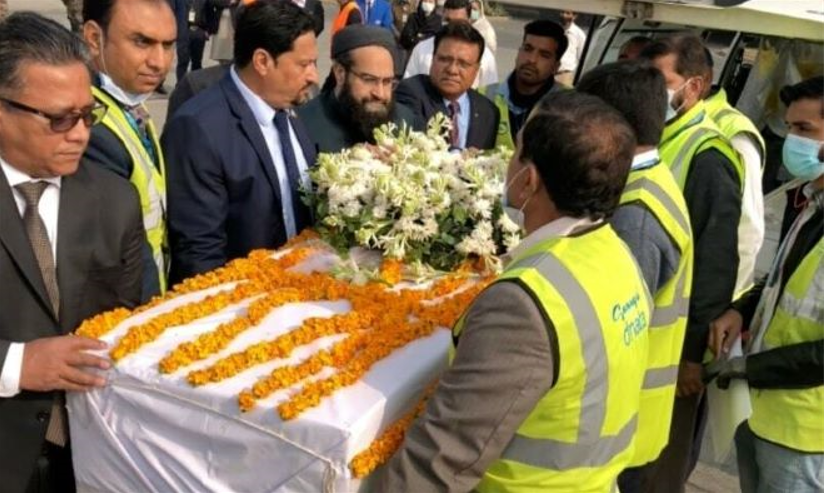