Reports of the recent period are indicative of tensions between the Taliban forces and the Pakistani military deployed on their border. On December 22, the Afghan Defence Ministry spokesman Enayatullah Khwarazmi disclosed that the Taliban forces had stopped the Pakistani military from erecting an “illegal” border fence along the eastern Nangarhar province.

A video circulating in the social media showed that Taliban soldiers had seized spools of barbed wire and one senior Taliban official warned Pakistani soldiers stationed in security posts not to try to fence the border.

Two Taliban officials told Reuters that Taliban and Pak military came “face-to-face” over the border incident and the situation was “tense”. Following the incident, there was also cross border mortar fire from the Pakistani side of the border in the Kunar province further north on December 22.

Curiously, these incidents occurred soon after the OIC ministerial on Afghanistan in Islamabad on December 19. While the OIC ministerial was a mega event for Pakistani diplomacy, it produced little of substance for the Taliban. On the issue of international recognition for their government, there was no progress, either.

According to Pakistani analysts, Taliban Foreign Minister Amir Khan Muttaqi who showed up in Islamabad was relegated to a back row while the hosts concentrated on their own image-building.

The conference indeed helped to ease the US’ isolation insofar as the Biden administration can now claim a coordinated approach toward the Afghan situation with influential Muslim countries. Secretary of State Antony Blinken went out of the way to express gratitude to Pakistan.

In political terms, the Taliban has never accepted the legitimacy of the 2,611-km Durand Line, which is a legacy of colonial rule. leave alone its fencing. But it is a prestigious project of the Pakistani military undertaken at enormous cost over a 4-year period with a view to prevent cross-border attacks on Pakistani posts.

The fence consists of two sets of chain-link fences separated by a 2-meter space filled with concertina wire coils. The double fence is about 4 meters high and the military has installed surveillance cameras to check any movement. The project costs are estimated to be in the region of $600 million.

The crux of the matter is that the fence gave not only physical expression to the Durand Line but is also expected to give legitimacy to the border with Afghanistan in the fulness of time.

Given its critical dependence on the Pakistani military’s backing for its bid for power in Kabul, Taliban kept quiet but probably understood the Pakistani intentions in fencing the Durand Line. Taliban has desecrated the fence within 100 days of coming to power in Kabul.

The Durand Line is marked by 235 crossing points. The Taliban is probably hoping to have an open border for Pashtun tribesmen inhabiting the region. But the GHQ in Rawalpindi will never agree to that.

Fundamentally, it seems the Taliban is showing its strong discontent as the high hopes given to it by the Pakistani military have been dashed. The shadow boxing over the fence on the Durand Line is something like a “dogfight under the carpet”, to borrow Churchill’s famous metaphor on Soviet politics.

One hundred days have passed but Taliban’s expectations of help from Pakistan remain unfulfilled. Pakistan may have limitations in bankrolling the Afghan economy. But the unkindest cut of all has been Pakistan’s reluctance to recognise the Taliban government.

Quite obviously, the international community is going to take its time to recognise the Kabul set-up, although humanitarian aid has begun flowing. The regional states have more or less figured out their terms of engagement of the Taliban government (without having to recognise it.)

On December 30, China became the second country after Iran to formalise interaction with the Taliban officials in Kabul. Liu Jinsong, Director-General of the Department of Asian Affairs of China’s Ministry of Foreign Affairs co-hosted the first meeting of the two working-level mechanisms on humanitarian assistance and economic reconstruction with Zakir Jalaly, Director General of the Third Political Department of the Ministry of Foreign Affairs of the Taliban government.

The Chinese Foreign Ministry spokesman said that the inter-ministerial was held “in a friendly and pragmatic atmosphere. The two sides exchanged views mainly on the current humanitarian situation and economic reconstruction… and agreed to strengthen exchange in state governance experience, enhance communication and coordination between competent departments, and advance BRI cooperation.”

China has offered help in capacity building and personnel training while the Taliban govt extended “security guarantee for Chinese institutions and personnel in Afghanistan, and hoped to see more Chinese investment.”

Similarly, the Russian Foreign Minister Sergey Lavrov said last week that while official recognition of the Taliban authorities is “premature for the time being”, Moscow is already doing business with Kabul. President Vladimir Putin has stated that the Taliban government is a compelling “reality” although recognition must wait. This is almost ditto Iran’s approach, too.

Conceivably, it suits Russia, China and Iran to adjust their policies to the realities in Afghanistan whilst the Americans remain outliers. China has begun discussing BRI projects and investment opportunities.

Herein lies Pakistan’s predicament. While Pakistan is the new sherif in Kabul, it also means a moral responsibility toward the Taliban, and the recognition of the government in Kabul ought to be the first step in that direction.

The Taliban once had a bitter experience with Pervez Musharraf who sought a new relationship with the US at its expense. And Washington now insists that it won’t unfreeze the blocked funds so long as top Taliban leaders like Haqqanis who are under sanctions hold positions in Kabul.

What is it that Pakistan hopes to prove by not recognising the Taliban government — that Taliban is not its creation; that it had nothing to do with the Taliban takeover in August; that it abhors Taliban’s ideology; that it genuinely wants Afghanistan to have representative rule? None of these premises will fly.

The world opinion knows how Pakistan projected power into its weaker, vulnerable, fragile neighbour and has broken it — perhaps irreparably — by taking undue advantage of the fractured leadership and civil war conditions in Afghanistan.

It all began not with the US invasion in 2001 or the Soviet intervention in 1980, but goes back to the era of Pakistan’s ninth prime minister Zulfikar Ali Bhutto who invited the militant Muslim Youth Organisation cadres in Kabul University to migrate to Pakistan in 1974 to prepare an insurgency.

The problem today is that the Pakistani elite in their craving to be accepted as part of the so-called liberal international order feel ashamed to be seen as the Taliban’s mentors. 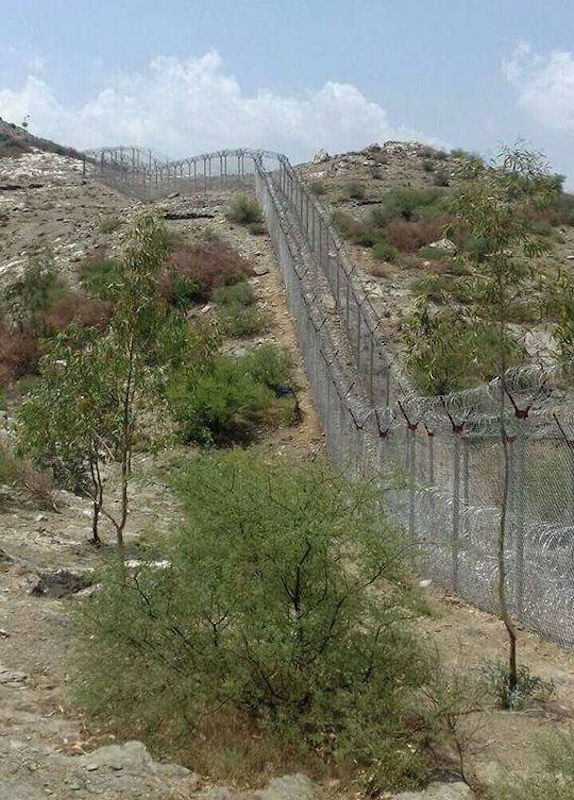 Cover Photograph : Along the Durand Line between Afghanistan and Pakistan.