Truth has to be interpreted

Is the glass half empty? Or, is the glass half full? How would you choose to describe the recent meeting of the Indian and Chinese army commanders at Chushul-Moldo border in Ladakh?

It may not seem to make a lot of difference. But it does. After all, if the water reaches fifty percent of the glass, the objective truth is that the half-way mark has been reached.

The issue, therefore, is how that truth is to be interpreted. Now, agonise over the interpretation, as there are implications. The choice of interpretation itself may have a huge impact on the actions of the two countries.

The most striking thing about the meeting in Chushul has been its timing — coinciding with the advent of winter with heavy precipitation on the Indian side (but arid conditions in Tibet), which freezes any actions on our side that may create new facts on the ground.

The Chinese Foreign Ministry spokesman Wang Wenbin has voiced hope that “The current situation along the China-India border is generally stable… We hope that India can meet China halfway, and push forward the border situation to switch from a status of emergency handling to a phase of routine management.”

Does the readout of the Chishul meeting bear out the cautious optimism? The Indian analysts highlight that there has been no “breakthrough” on disengagement beyond what has been achieved so far in Pangong Lake in February and Gogra in August in eastern Ladakh.

Their prognosis is that “de-induction and a return to peacetime positions remain a far-off prospect, with both sides still yet to disengage in all friction areas and also yet to discuss de-escalation, or a return to depth areas, which would be the next step.”

Of course, what is blithely overlooked here is that it will be difficult to go back to the status quo as of April 2020 anyway, given the scale of infrastructure construction (on both sides.) Those who know are evidently not talking while those who chatter are either those with preconceived notions or interest groups.

Yet, the heart of the matter is that the glass is half-full. After an acrimonious round of corps commanders last October, this time around, there has been a joint statement after intensive 13-hour talks characterised by “a frank and in-depth exchange of views for the resolution of the relevant issues” — which means, in diplomatic language, that significant differences and disagreements existed.

Importantly, however, the joint statement went on to say that the two sides “agreed to consolidate on the previous outcomes and take effective efforts to maintain the security and stability on the ground in the Western Sector including during winter… (and) to stay in close contact and maintain dialogue via military and diplomatic channels and work out a mutually acceptable resolution of the remaining issues at the earliest.”

In its totality, the joint statement is forward looking. Through the past 18-month period, peace has prevailed in the disputed border regions, which was immensely helpful in the difficult situation that the country was passing through.

Also, despite the tensions in the India-China relationship, bilateral trade is booming, which shows that Beijing promotes the relations with India, while India also cannot decouple from the Chinese market. The “world’s pharmacy” actually imports 50-60 percent of chemicals and other materials used by its pharmaceutical industry from China!

In 2021, bilateral trade touched $125.66 billion, which is a huge increase of over 43 percent over the previous year. Importantly, China imported $28.14 billion worth of goods from India, up 34.2 percent.

Trade and economic cooperation can play a role in breaking the deadlock at the border but fundamentally, the buck stops at the political level. This is where the recent intriguing remarks regarding Siachen by army chief Gen. Manoj Naravane assume importance.

In remarks on the eve of the Chushul talks, the general said that “collusion” can happen between Pakistan and China and the two countries “are closest to each other in Siachen and Shaksgam Valley.”

“Siachen is very important to us where one formation is looking after western and northern fronts. It is strategically important. It is from where collusion can happen,” he said. The army chief highlighted that India is in the process of rebalancing its forces with a focus on the northern border so that it does not lose sight of possible collusion between China and Pakistan.

This is a major statement. Quintessentially, India is asserting control of Siachen Glacier, which lies between the Saltoro Ridge (which India occupied militarily in 1984 in the first major violation of the Simla Agreement by either side) immediately to the west and the main Karakoram range to the east.

Saltoro Ridge as such originates in the north from the Sia Kangri peak on the China border in the Karakoram range. Both India and Pakistan claim sovereignty over the entire Siachen region. By the way, ironically, in 1975, when American maps marked the glacier as part of Pakistan, it provoked a sharp backlash from India, who considered the maps “cartographic aggression.”

Glacial meltwater from Siachen feeds the Nubra and Shyok rivers, which flow into the upper Indus, an important water source for both India and Pakistan.

Siachen Glacier’s conditions have constrained military operations. For, unlike most glaciers, Siachen is not heavily dependent on seasonal snowfall for most of its mass but on unexpected avalanches.

The troops stationed in Siachen must be constantly wary of hazardous crevasses every time they venture out, and stay alert to the possibility of deadly avalanches which have been known to flatten outposts. One 2012 avalanche destroyed an entire Pakistani battalion headquarters, killing 129 soldiers and 11 civilians.

Gen. Naravane’s remarks have triggered a chorus of opinion in India that “it will not be possible for India to vacate the crucial positions on the glacier.” (Forgive them, the Indian analysts don’t know or want to know that Saltoro Ridge and Siachen Glacier are two different things, or about the ambiguity of the glacier’s location in the treacherous glacial terrain!)

Now, what needs to be factored in here is that the Chinese build-up in the Depsang plains, oft and on in our news cycle, happens to be close to the point where the Durbuk-Shyok-Daulat Beg Oldi road leading from Leh, which we completed in 2019, links Daulat Beg Oldie on the north to the forward airbase and intends to potentially branch off toward the Siachen glacier to the west in further road construction.

Its profound meaning cannot be lost on us. Simply put, our “forward policy” vis-a-vis Siachen Glacier, which took Pakistan by surprise in 1984, is now facing challenges from the east and north as well.

Given the brutal glacial environment dictating the state of warfare in those desolate inhospitable parts, therefore, any “rebalancing” — for whatever reasons of “strategy” — must be cost-effective. The country must be able to afford it. Most importantly, the glacier as such should be preserved. (Experts estimate that around 1000 kgs of human waste are dumped into the glacier’s crevasses each day, along with heavy artillery containing toxic metals like lead.)

This is a sensible approach. Perhaps, we should pick up the threads from where we abruptly abandoned thirty years ago in a huff and simply dust up the understanding reached effectively through painstaking negotiations in New Delhi in November 1992 on terms that Gen. Narvane has cited as “precondition” for the demilitarisation of that sensitive region!

Interestingly, after Gen. Narvane’s remarks, the veteran Chinese expert on South Asia Wang Dehua has said: “The deadlock of the Sino-India border dispute will be broken only when Beijing and New Delhi are able to develop a new thinking, putting aside their rows and focusing on potential collaboration that could benefit both sides. For example, they could join together to exploit water and other natural resources along the resource-rich LAC by establishing Sino-India special economic development zones.” 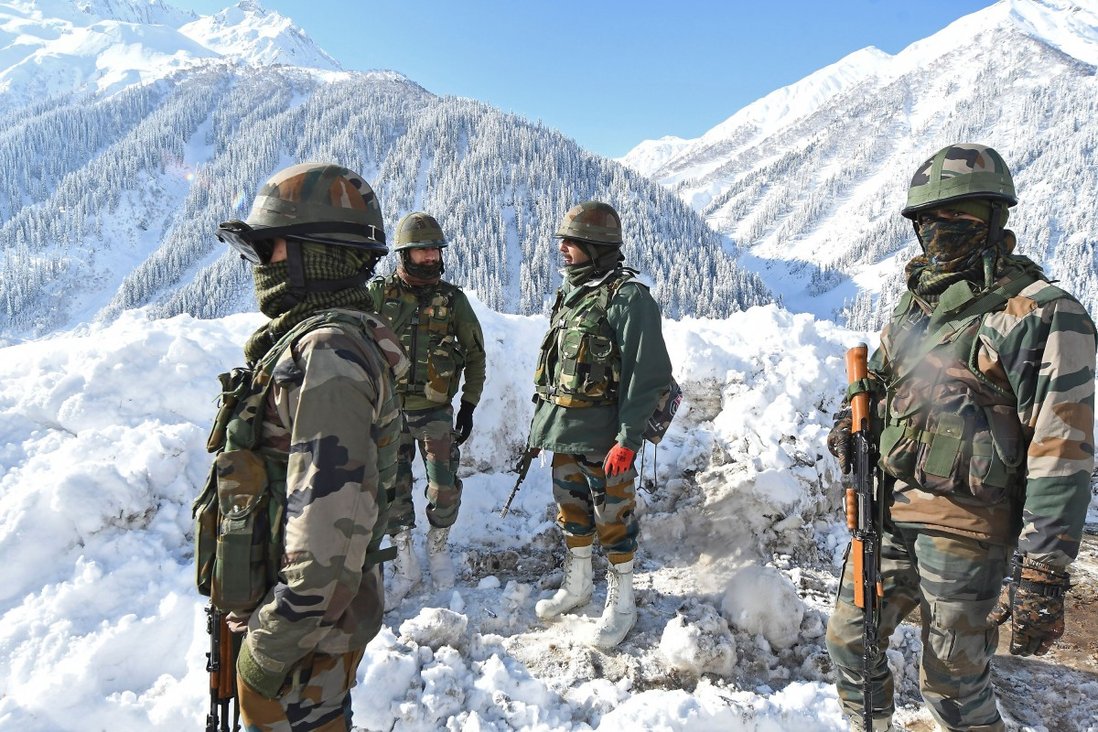