"We Don't Need The Empire To Give Us Anything": Fidel Castro Blasts Obama Cuba Trip

NEW DELHI: Cuban revolutionary leader Fidel Castro has finally spoken out about the island nation’s renewed ties with the United States of America. In a letter titled “Brother Obama” Castro rejected the idea that his country needs US assistance to stay afloat, strongly asserting “We don’t need the empire to give us anything. Our efforts will be legal and peaceful, because our commitment is to peace and fraternity among all human beings who live on this planet.”

President Obama made headlines as he visited Cuba earlier in the month, meeting with Fidel’s brother and current Cuban President Raul Castro. Cuba has been a cornerstone of Obama’s foreign policy, with the US President undertaking a series of steps that have permanently changed the relations between the two countries and will be difficult to undo no matter who is elected as President in the upcoming elections. Although an embargo on Cuba remains imposed as the Republicans in the US Senate have blocked all moves to lift it, other measures such as the lifting of travel restrictions, opening of embassies, business deals, amongst other steps, have been a major reversal of US policy in regard to Cuba -- an island that was effectively cut off from the US, and by extension, the world, since the revolution in 1959.

Obama did not meet with the elder Castro when in Cuba on what was described as a “historic” visit, and the letter is the first indication of what the Cuban revolutionary leader thinks of the changing ties. The full letter, published in ‘Granma’ is reproduced below:

“The kings of Spain brought us the conquistadores and masters, whose footprints remained in the circular land grants assigned to those searching for gold in the sands of rivers, an abusive and shameful form of exploitation, traces of which can be noted from the air in many places around the country.

Tourism today, in large part, consists of viewing the delights of our landscapes and tasting exquisite delicacies from our seas, and is always shared with the private capital of large foreign corporations, whose earnings, if they don’t reach billions of dollars, are not worthy of any attention whatsoever.

Since I find myself obliged to mention the issue, I must add - principally for the youth - that few people are aware of the importance of such a condition, in this singular moment of human history. I would not say that time has been lost, but I do not hesitate to affirm that we are not adequately informed, not you, nor us, of the knowledge and conscience that we must have to confront the realities which challenge us. The first to be taken into consideration is that our lives are but a fraction of a historical second, which must also be devoted in part to the vital necessities of every human being. One of the characteristics of this condition is the tendency to overvalue its role, in contrast, on the other hand, with the extraordinary number of persons who embody the loftiest dreams.

Nevertheless, no one is good or bad entirely on their own. None of us is designed for the role we must assume in a revolutionary society, although Cubans had the privilege of José Martí’s example. I even ask myself if he needed to die or not in Dos Ríos, when he said, “For me, it’s time,” and charged the Spanish forces entrenched in a solid line of firepower. He did not want to return to the United States, and there was no one who could make him. Someone ripped some pages from his diary. Who bears this treacherous responsibility, undoubtedly the work of an unscrupulous conspirator? Differences between the leaders were well known, but never indiscipline. “Whoever attempts to appropriate Cuba will reap only the dust of its soil drenched in blood, if he does not perish in the struggle,” stated the glorious Black leader Antonio Maceo. Máximo Gómez is likewise recognized as the most disciplined and discreet military chief in our history.

Looking at it from another angle, how can we not admire the indignation of Bonifacio Byrne when, from a distant boat returning him to Cuba, he saw another flag alongside that of the single star and declared, “My flag is that which has never been mercenary...” immediately adding one of the most beautiful phrases I have ever heard, “If it is torn to shreds, it will be my flag one day… our dead raising their arms will still be able to defend it!” Nor will I forget the blistering words of Camilo Cienfuegos that night, when, just some tens of meters away, bazookas and machine guns of U.S. origin in the hands of counterrevolutionaries were pointed toward that terrace on which we stood.

Obama was born in August of 1961, as he himself explained. More than half a century has transpired since that time.

Let us see, however, how our illustrious guest thinks today:

The native populations don’t exist at all in Obama’s mind. Nor does he say that the Revolution swept away racial discrimination, or that pensions and salaries for all Cubans were decreed by it before Mr. Barrack Obama was 10 years old. The hateful, racist bourgeois custom of hiring strongmen to expel Black citizens from recreational centers was swept away by the Cuban Revolution - that which would go down in history for the battle against apartheid that liberated Angola, putting an end to the presence of nuclear weapons on a continent of more than a billion inhabitants. This was not the objective of our solidarity, but rather to help the peoples of Angola, Mozambique, Guinea Bissau and others under the fascist colonial domination of Portugal.

In 1961, just one year and three months after the triumph of the Revolution, a mercenary force with armored artillery and infantry, backed by aircraft, trained and accompanied by U.S. warships and aircraft carriers, attacked our country by surprise. Nothing can justify that perfidious attack which cost our country hundreds of losses, including deaths and injuries

As for the pro-yankee assault brigade, no evidence exists anywhere that it was possible to evacuate a single mercenary. Yankee combat planes were presented before the United Nations as the equipment of a Cuban uprising.

The military experience and power of this country is very well known. In Africa, they likewise believed that revolutionary Cuba would be easily taken out of the fight. The invasion via southern Angola by racist South African motorized brigades got close to Luanda, the capital in the eastern part of the country. There a struggle began which went on for no less than 15 years. I wouldn’t even talk about this, if I didn’t have the elemental duty to respond to Obama’s speech in Havana’s Alicia Alonso Grand Theater.

Nor will I attempt to give details, only emphasize that an honorable chapter in the struggle for human liberation was written there. In a certain way, I hoped Obama’s behavior would be correct. His humble origin and natural intelligence were evident. Mandela was imprisoned for life and had become a giant in the struggle for human dignity. One day, a copy of a book narrating part of Mandela’s life reached my hands, and - surprise! - the prologue was by Barack Obama. I rapidly skimmed the pages. The miniscule size of Mandela’s handwriting noting facts was incredible. Knowing men such as him was worthwhile.

Regarding the episode in South Africa I must point out another experience. I was really interested in learning more about how the South Africans had acquired nuclear weapons. I only had very precise information that there were no more than 10 or 12 bombs. A reliable source was the professor and researcher Piero Gleijeses, who had written the text Conflicting Missions: Havana, Washington, and Africa, 1959-1976, an excellent piece. I knew he was the most reliable source on what had happened and I told him so; he responded that he had not spoken more about the matter as in the text he had responded to questions from compañero Jorge Risquet, who had been Cuban ambassador and collaborator in Angola, a very good friend of his. I located Risquet; already undertaking other important tasks he was finishing a course which would last several weeks longer. That task coincided with a fairly recent visit by Piero to our country; I had warned him that Risquet was getting on and his health was not great. A few days later what I had feared occurred. Risquet deteriorated and died. When Piero arrived there was nothing to do except make promises, but I had already received information related to the weapons and the assistance that racist South Africa had received from Reagan and Israel.

I do not know what Obama would have to say about this story now. I am unaware as to what he did or did not know, although it is very unlikely that he knew absolutely nothing. My modest suggestion is that he gives it thought and does not attempt now to elaborate theories on Cuban policy.

There is an important issue:

Obama made a speech in which he uses the most sweetened words to express: “It is time, now, to forget the past, leave the past behind, let us look to the future together, a future of hope. And it won’t be easy, there will be challenges and we must give it time; but my stay here gives me more hope in what we can do together as friends, as family, as neighbors, together.”

I suppose all of us were at risk of a heart attack upon hearing these words from the President of the United States. After a ruthless blockade that has lasted almost 60 years, and what about those who have died in the mercenary attacks on Cuban ships and ports, an airliner full of passengers blown up in midair, mercenary invasions, multiple acts of violence and coercion?

Nobody should be under the illusion that the people of this dignified and selfless country will renounce the glory, the rights, or the spiritual wealth they have gained with the development of education, science and culture.

I also warn that we are capable of producing the food and material riches we need with the efforts and intelligence of our people. We do not need the empire to give us anything. Our efforts will be legal and peaceful, as this is our commitment to peace and fraternity among all human beings who live on this planet.” 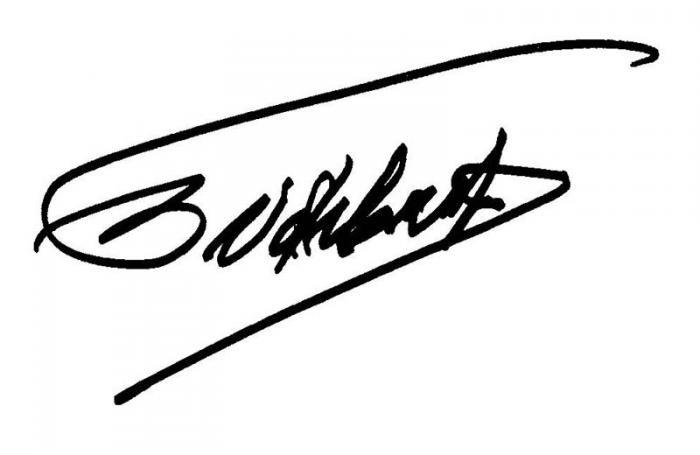