Aparna Sen On Her Latest Movie 'Sonata': "I Am A Better Director Than An Actor"

KOLKATA: Aparna Sen is not a prolific filmmaker. But she is one of the best filmmakers we have. So, just the announcement of a new film directed by her makes headlines in the national and regional press. The news is heightened by the additional attraction of her also making her presence felt as one of the three major characters, the other two being Shabana Azmi and Lilette Dubey.

Her new film, releasing on April 14, is based on noted Marathi playwright Mahesh Elkunchwar’s play Sonata (2000) which was earlier staged by theatre person Sohag Sen, Aparna’s childhood friend. What made her step into direction? She opens up in a detailed conversation around this film and others. APARNA SEN speaks with SHOMA A.CHATTERJI

You generally avoid casting yourself in your directorial films. How difficult is it for director Aparna Sen to direct, control, guide and work with the actress Aparna Sen?

Very, very difficult! Firstly, film direction is extremely strenuous work, mentally and physically! It ties one down completely. One gets completely exhausted by the time one has completed the shoot. To take on an acting assignment in addition is really tough. I am a very hands-on director. I mostly do the production design of my films myself and am extremely involved in every department of filmmaking. It is very difficult to concentrate on my role as an actor when I have a hundred other things to worry about! Besides, I can't see myself while acting except on the monitor after the shot. So as an actor in my own film, I don't get the benefit of my own directorial supervision. 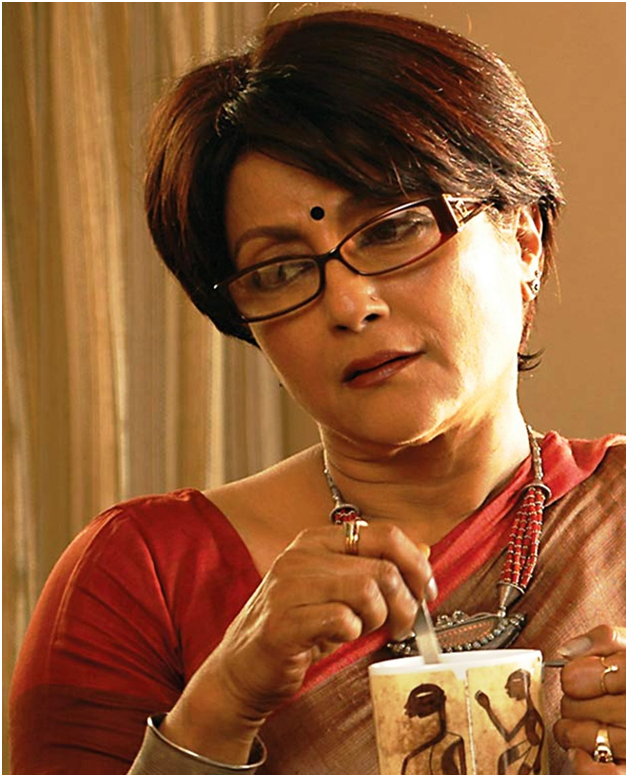 But you do act in some select films including this new film Sonata. Why?

If you see me on screen in a film I have directed, take it that it was at the producers’ insistence and not my choice. This happened for Paromitar Ek Din, Iti Mrinalini and now Sonata though the producers are different. The only up side of acting in my own films is that having written the script (and usually the story too), I know all the characters inside out. Sometimes it is easier to play a role myself rather than try to extract a difficult performance out of some other lesser involved actor.

What made you choose Sonata and that too in English?

My friend Sohag Sen who collaborates with me in every film, is a noted theatre personality who has her own group and stages plays with them. She had directed Sonata for the Kolkata stage some years ago which I happened to watch and it appealed to me to turn into a film. I decided to make the film in English because the original play was written in English though Elkunchwar is noted more for his Marathi writings. A film in English would automatically widen the parameters of the audience and give the film an international market – hopefully. 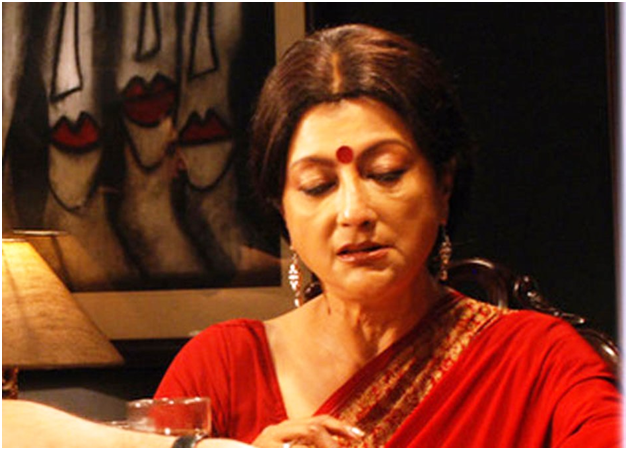 What is the story of Sonata about?

It is about three middle-aged woman thrown together and sharing their lives in different ways. One is Aruna, a Brahmin from UP who teaches Sanskrit and is writing a book on Indology. I play Aruna who wears simple but elegant handloom saris and does not like smoking or drinking. Dolon is a Bengali who works in a bank, which Shabana expressed her wish to portray and she even added to it by belting out a Rabindra Sangeet in her own voice. She is an extrovert who freely smokes and drinks and tries to initiate the conventional Aruna into these habits. Subhadra, the most hep among them all, is a Maharasthtrian journalist. She has a live-in partner who is very abusive and when she finds it too much to bear, she comes to these two friends to let off stream but cannot let go of the boyfriend. By nature, they are very different that sometimes leads to tension between and among them which happens in any relationship. The fact that they live and work in Mumbai adds to the cosmopolitan dimension of the story.


Is that it? Just these three women and their fights and affections?

Of course not. There is a catharsis that turns their lives topsy turvy but I cannot disclose it now. Anasuya Majumdar, a wonderful actress, plays a cameo in the film as does Kalyan Roy, my husband. But otherwise, you may call it a film with more women than men but it all boils down to relationships and the prism that reveals the shades and colours of human nature that happens to be the common thread running through all my directorial films. 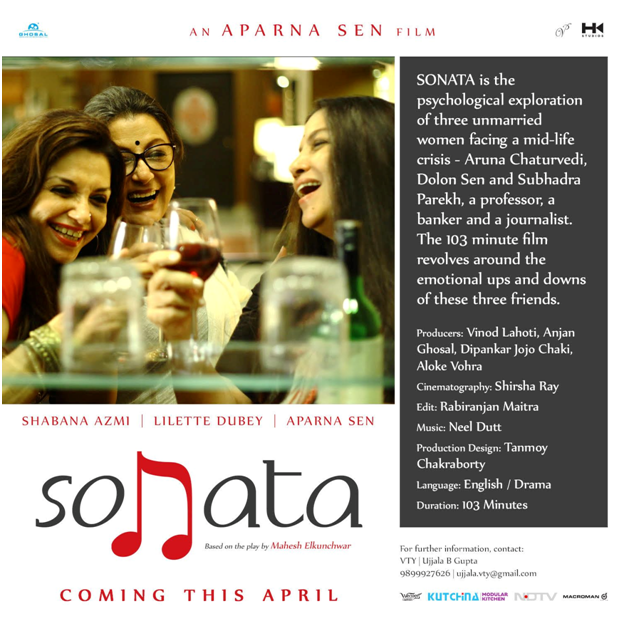 You mainly fall back on the same technical crew in most of your films. What about Sonata?

Some of them are people I have been working with such as Rabiranjan who edits most of my films and Tanmoy Chakraborty who was production designer for Goynar Baksho. Shirsa Ray was my DOP for Aarshinagar. He did a wonderful job. Neel Dutt who has done the musical score is a young talent I have worked with for the first time.

You cherish the memories of a very liberal and progressive upbringing. Can you elaborate on it?

My parents vested we three sisters with the entire responsibility of the choices we made. “You have an opinion of your own, never mind how small or big you might be,” they would always tell us. We were never shooed away when guests came visiting. As children, we were allowed to sit around and listen. I was brought up with the feeling that if I really wanted to do something, nothing, but nothing, would come my way. If I could finish a two-hour project in one, that was my responsibility. ‘Responsibility’ was the operating word. The boy-girl difference was something we were never conscious about This is the reason why I have never been sceptical about things I have done or about decisions I have taken. Doubt is something I have never had to face and I have my parents to thank for it.


You are a workshop-oriented director. Why?

A workshop is not a rehearsal where one goes over the lines of actual dialogue! In a workshop, the actors are given imaginary situations where they have to interact with each other as characters in the film. They make up their own dialogue as they go along. In this way, a common history is created between them so that they do not meet each other as characters for the first time on the sets. It does not matter whether the actors are experienced or new. My close friend Sohag conducts these workshops before we go to shoot. It helps smooth out levels of discomfort the actors may be having and may not even be aware of these. For instance, Priyangshu Chatterjee played a film director in Iti Mrinalini. One of the exercises we gave him during the workshop was to do an imaginary interview with a journalist where he would talk about the pre-production work of his impending film. No such interview scene was there in the screenplay. It was just an exercise that helped him to get under the skin of the character. Sohag and I do it together.

Given a choice, who would take priority in your life - Aparna Sen, the actress or Aparna Sen the director?

The director - without question! Firstly, I feel I am a better director than an actor. Secondly direction is much more satisfying. As an actor, you are part of someone else's vision; but when you are directing, the vision is your own.