When Women Have Land Rights, the Tide Begins to Turn

Because women own land and have always decided what is grown on it and what is conserved, the state not only has a strong climate-resistant food system but also some of the rarest edible and medicinal plants, researchers said.

The importance of protecting the full spectrum of women’s property rights becomes even more urgent as the number of women-led households in rural areas around the world continues to grow.

While their ancient culture empowers Meghalaya’s indigenous women with land ownership that vastly improves their resilience to the food shocks climate change springs on them, for an overwhelming majority of women in developing countries, culture does not allow them even a voice in family or community land management. Nor do national laws support their rights to own the very land they sow and harvest to feed their families.

Legal protections for indigenous and rural women to own and manage property are inadequate or missing in 30 low- and middle-income countries, according to a new report from Rights and Resources Initiative (RRI).

This finding, now quantified, means that much of the recent progress that indigenous and local communities have gained in acquiring legal recognition of their commonly held territory could be built on shaky ground.

“Generally speaking, international legal protections for indigenous and rural women’s tenure rights have yet to be reflected in the national laws that regulate women’s daily interactions with community forests,” Stephanie Keene, Tenure Analyst for the RRI, a global coalition working for forest land and resources rights of indigenous and local communities, told IPS via an email interview.

Together these 30 countries contain three-quarters of the developing world’s forests, which remain critical to mitigate global warming and natural disasters, including droughts and land degradation.

In South Asia, distress migration owing to climate events and particularly droughts is high, as over three-quarters of the population is dependent on agriculture, out of which more than half are subsistence farmers depending on rains for irrigation.

“For many indigenous people, it is the women who are the food producers and who manage their customary lands and forests. Safeguarding their rights will cement the rights of their communities to collectively own the lands and forests they have protected and depended on for generations.” said Victoria Tauli-Corpuz, UN Special Rapporteur on the Rights of Indigenous Peoples.

“Indigenous and local communities in the ten analyzed Asian countries provide the most consistent recognition of women’s community-level inheritance rights. However, this regional observation is not seen in India and Nepal, where inadequate laws concerning inheritance and community-level dispute resolution cause women’s forest rights to be particularly vulnerable,” Keene told IPS of the RRI study.

“None of the 5 legal frameworks analyzed in Nepal address community-level inheritance or dispute resolution. Although India’s Forest Rights Act does recognize the inheritability of Scheduled Tribes and Other Traditional Forest Dwellers’ land, the specific rights of women to community-level inheritance and dispute resolution are not explicitly acknowledged. Inheritance in India may be regulated by civil, religious or personal laws, some of which fail to explicitly guarantee equal inheritance rights for wives and daughters,” Keene added. 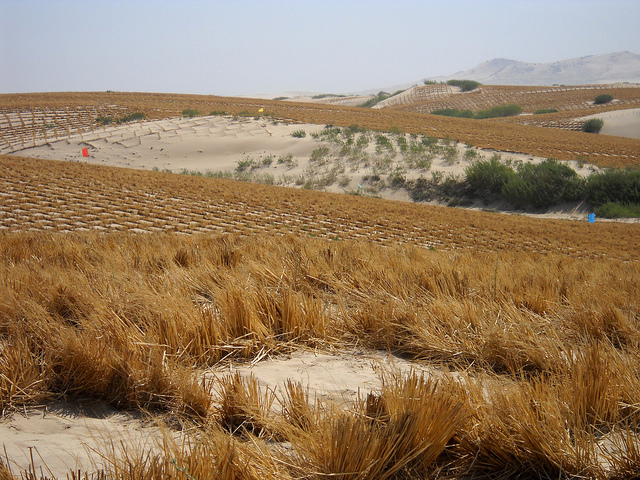 Pointing out challenges behind the huge gaps in women’s land rights under international laws and rights recognized by South Asian governments, Madhu Sarin, who was involved in drafting of India’s Forest Rights Act and now pushes for its implementation, told IPS, “Where governments have ratified international conventions, they do in principle agree to make national laws compatible with them. However, there remains a huge gap between such commitments and their translation into practice. Firstly, most governments don’t have mechanisms or binding requirements in place for ensuring such compatibility.”

“Further, the intended beneficiaries of gender-just laws remain unorganised and unaware about them,” she added.

According to the United Nations Convention to Combat Desertification (UNCCD), one way to address droughts that cause more deaths and displaces more people than any other natural disaster, and to halt desertification – the silent, invisible crisis that threatens one-third of global land area – is to bring about pressing legal reforms to establish gender parity in farm and forest land ownership and its management.

“Poor rural women in developing countries are critical to the survival of their families. Fertile land is their lifeline. But the number of people negatively affected by land degradation is growing rapidly. Crop failures, water scarcity and the migration of traditional crops are damaging rural livelihoods. Action to halt the loss of more fertile land must focus on households. At this level, land use is based on the roles assigned to men and women. This is where the tide can begin to turn,” says Monique Barbut, Executive Secretary of the UNCCD, in its 2017 study.

Closing the gender gap in agriculture alone would increase yields on women’s farms by 20 to 30 percent and total agricultural output in developing countries by 2.5 to 4 percent, the study quotes the UN’s Food and Agriculture Organisation (FAO) as saying.

The reality on the ground is, however, not even close to approaching this gender parity so essential for achieving the Sustainable Development Goals 1, 2 and 5 which connect directly with land rights.

Climate change is ushering in new population dynamics. As men’s out-migration from indigenous and local communities continues to rise due to fall in land productivity, population growth and increasing outside opportunities for wage-labor, more women are left behind as de facto land managers, assuming even greater responsibilities in communities and households.

The importance of protecting the full spectrum of women’s property rights becomes even more urgent as the number of women-led households in rural areas around the world continues to grow. The percentage of female-led households is increasing in half of the world’s 15 largest countries by population, including India and Pakistan.

Although there is no updated data on the growth of women-led households, the policy research group International Institute for Environment and Development (IIED) in its 2014 study found that from 2000 to 2010, slightly less than half of the world’s urban population growth could be ascribed to migration. The contribution of migration is considerably higher in Asia, it found, where urbanisation is almost 60 percent and is expected to continue growing, although at a declining rate.”

“Unless women have equal standing in all laws governing indigenous lands, their communities stand on fragile ground,” cautioned Tauli-Corpuz.

Without legal protections for women, community lands are vulnerable to theft and exploitation that threatens the world’s tropical forests that form a critical bulwark against climate change, as well as efforts to eradicate poverty among rural communities.

With the increasing onslaught of large industries on community lands worldwide, tenure rights of women are fundamental to their continued cultural identity and natural resource governance, according to the RRI study.

“When women’s rights to access, use, and control community forests and resources are insecure, and especially when women’s right to meaningfully participate in community-level governance decisions is not respected, their ability to fulfill substantial economic and cultural responsibilities are compromised, causing entire families and communities to suffer,” said Keene.

With growing feminization of farming as men out-migrate, and the rise in women’s education, gender-inequitable tenure practices cannot be sustained over time, the RRI study concludes. But achieving gender equity in land rights will call for tremendous political will and societal change, particularly in patriarchal South Asia, researchers said.

India Pakistan Ceasefire - Why? 13 minutes ago

Manual Scavenging - Not Just Inhuman But a Crime 26 minutes ago