Bengali Film Explores the Life Of a Transgender With Identity Issues

Samantaral sets an example by unfolding multiple layers of characterization

Making a film that is structurally built to open a can of worms that would possibly make a mainstream person like you and I look the other way. But Partha Chakrabarty has taken this challenge to make a Bengali film that opens a secret box we know exists, but are afraid to open and find what is inside.

Samantaral, the title of the film translates to “parallel” in English and this film precisely deals with how a family becomes dysfunctional for failing to recognize and accept the reality of a parallel world another member lives within that exists within the same mainstream world in which it lives.

The story is rooted in a North Calcutta home headed by a retired schoolmaster (Soumitra Chatterjee) who lives with his three sons in the ancestral home. The eldest (Kushal Chakraborty) and the youngest (Anindya Banerjee) are married. Sujon, the middle son (Parambrato Chatterjee) lives in the attic on the terrace of the home where he is isolated from the rest of the family.

The son Orko (Riddhi Sen) of his only sister who died with her husband in a car crash when this boy was barely two, arrives from his hostel to live with his maternal uncle’s family for his academic pursuits He is intrigued by the isolation of his second uncle he is very close to. Between his romantic sojourns with his social network girlfriend Titlee (Surangana) he meets for the first time in Kolkata, Orko keeps his antenna up trying gauge why his Mejo Mama, a soft-spoken, subtle and artistic person who can play the violin well, can sing and recite poetry spontaneously be treated like a social alien and subtly slotted as ‘insane.’ And why his father is silent about this son’s condition.

Orko is intrigued and angered when his youngest uncle physically abuses his own elder brother and threatens to leave the house unless Sujon is taken away. But Orko discovers to his shock that Sujon pretends none of this happened and that his younger brother loves him dearly. 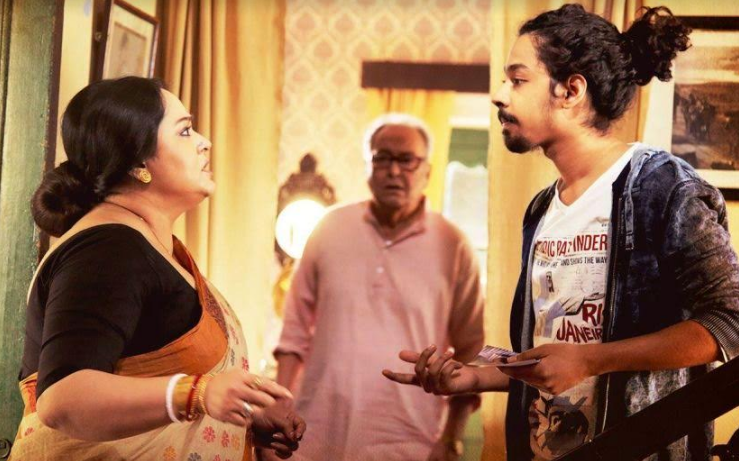 Orko ventures to take him out of his imprisoned life with Titlee and this young girl develops empathy for this man. Chakraborty has sustained a strong thread of suspense right through the film, placing the naiveté and childlike innocence of Sujan against the questioning mindset of the much younger Orko against the brutal cruelty of the youngest brother.

The soft, melodious notes of Sujon’s violin is set against the more modern tunes that Orko plays on his guitar dotted with songs that reach out beyond what their tunes denote. The questions that dog us are – Is Sujon crazy? Or is he a pervert? Or do his so-called mainstream family not have the kind of understanding his mindset demands? At one point, Sujon, alone with Titlee on the terrace, touches her body softly and says, “I want a body.” Titlee is shocked but not angry. She understands that the touch has nothing to do with lust. “Girls can understand what a man’s touch really means,” she tells Orko who is furious with his uncle. He demands answers from his grandfather about why they did not try to treat Sujon’s ailment and the skeletons begin to topple out, shocking everyone beyond belief.

Sujon was taken out of school after the fourth standard because his friends would tease him about being ‘different’. The school asked his father to take him away and he never went to school again. He remained trapped in the terrace and the attic but was more sad than bitter for this forced isolation. No one knew what the secret of his ‘abnormality’ was. But was he really abnormal in the common-sense use of the term?

Not really. He was born beyond a definite, biological sex identity and this rendered him “abnormal” in the eyes of the world including his family. “His mother refused to part with him when, soon after he was born, the eunuchs came to take him away.” On hindsight, by the time the film arrives to its tragic climax with Sujon beyond reach and into a world where such ‘differences’ do not matter, perhaps allowing those eunuchs to take him away would have given him the life he wanted to lead and that would have prevented the travesty of the entire family.. 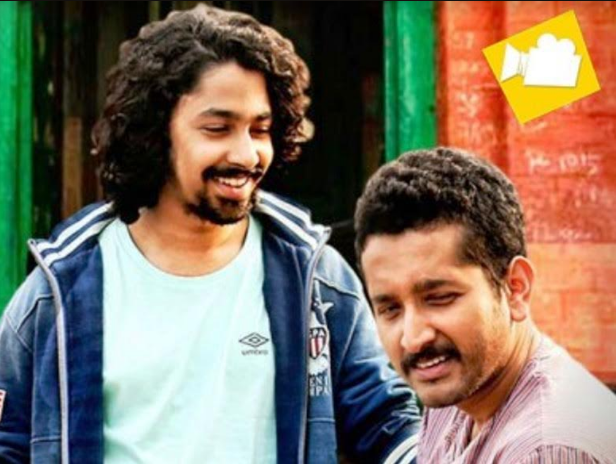 Death for him is embraced as liberation, a freeing oneself from the ghetto one is forced to live within. You then realise what made him touch those wet idols of clay or ‘feel’ the body of the young Titlee. He felt complete as a woman but the world did not allow him to live the way he was born into and wanted to.

Samantaral is less than a perfect film in many ways. The pace is abnormally slow and the romantic scenes filled with too many songs are perhaps one too many as it keeps the script dragging on. The film picked up in pace, storyline and performance after the interval when incidents, interactions and characters pick up quickly to pull up the reins of the story and hold it within control.

The ‘party’ episode where the youngest brother tries to trade off his wife’s ‘services’ against her will for a ‘prize deal’ followed by the car crash in which he loses his sight are too melodramatic to fit into the scheme of a film that deals with serious issues like gender identity crisis of a man who identifies with the female sex trapped within a mainstream family and its conventional value system that does not permit him to exercise what he is born as.

Samataral is both a character-driven as well as an event-driven film and the director takes care, except in the extended climax, not to allow the one to dominate the other. Indraadeep Dasgupta’s music is low-key and subtle and the notes of the violin leave a rich emotional resonance. But what holds the film together is the outstanding performance of all the actors. However, the film would never have become what it has without Parambrato Chatterjee giving the most outstanding performance of his career as Sujon.

He is ably supported by the impressive supporting cast. Riddhi Sen as Orko is still groping with serious roles and will mature with time. The love he feels for Titlee is a bit too hasty for a modern boy whose relationship was not only virtual but only three years old. Aparajita Adya is very good as the mother-substitute for Orko and Kushal offers a credible cameo. Soumitra Chatterjee fills the bill of a forever angst-ridden and guilt-filled father who wronged one of his children only because acknowledging the truth would have made the family a social outcast! Anindya as the youngest brother is at his vilest best and Tanushree as his modern, with-it but vacillating wife is very good too.

Samantaral sets an example by unfolding multiple layers of characterization – the mindset of the young represented by Orko and Titlee, the helplessness and guilt that silences the old patriarch, the simmering anger that often bursts out in spurts of violence in Sujon’s corporate-honcho younger brother and his beautiful wife, the wisdom, the affection, and the sense of responsibility he oldest brother and his wife have for Sujon and the orphaned Orko and the vileness of the ‘outsiders’ who people the film.

Gender Identity “Disorder’ is still something we are not only living with but also accepting as ‘not normal.’ In so doing, there is no way to know how many Sujons we are creating to die tragically, unwanted and unloved. Samantaral may not be a great film but it is sure to haunt you for hours after you have walked out of the theatre, trying to identity with the tragedy of people like Sujon.

A Cafe in an Igloo in Gulmarg 2 hours ago

The White Tiger: A Different Beast Altogether 2 hours ago