‘The Art of Science’

Women artists are in the process of bringing about a revolution in their respective disciplines. They are bringing out the complexities of serious science into the realm of the world of the common man driving home strong messages. Their initiative can easily be called the ‘Art of Science’.

One of the most outstanding works by a young Delhi based artist Vibha Galhotra is currently on display at the Punjab Lalit Kala Akademi in Chandigarh till February 9. Originally a Chandigarh girl, Vibha has been working on the topic of environment for more than eight years. Her present work ‘Climacteric’ is a powerful commentary on environmental degradation brought about criminally by the human race. The work depicted is intense, unique but sad in a beautiful way.

She drives home the point that the earth originally was home to millions of species of plants, animals and humans. But the humans in their quest to dominate this beautiful planet have made several others extinct or have pushed them to the margins where they are constantly fighting to just survive. 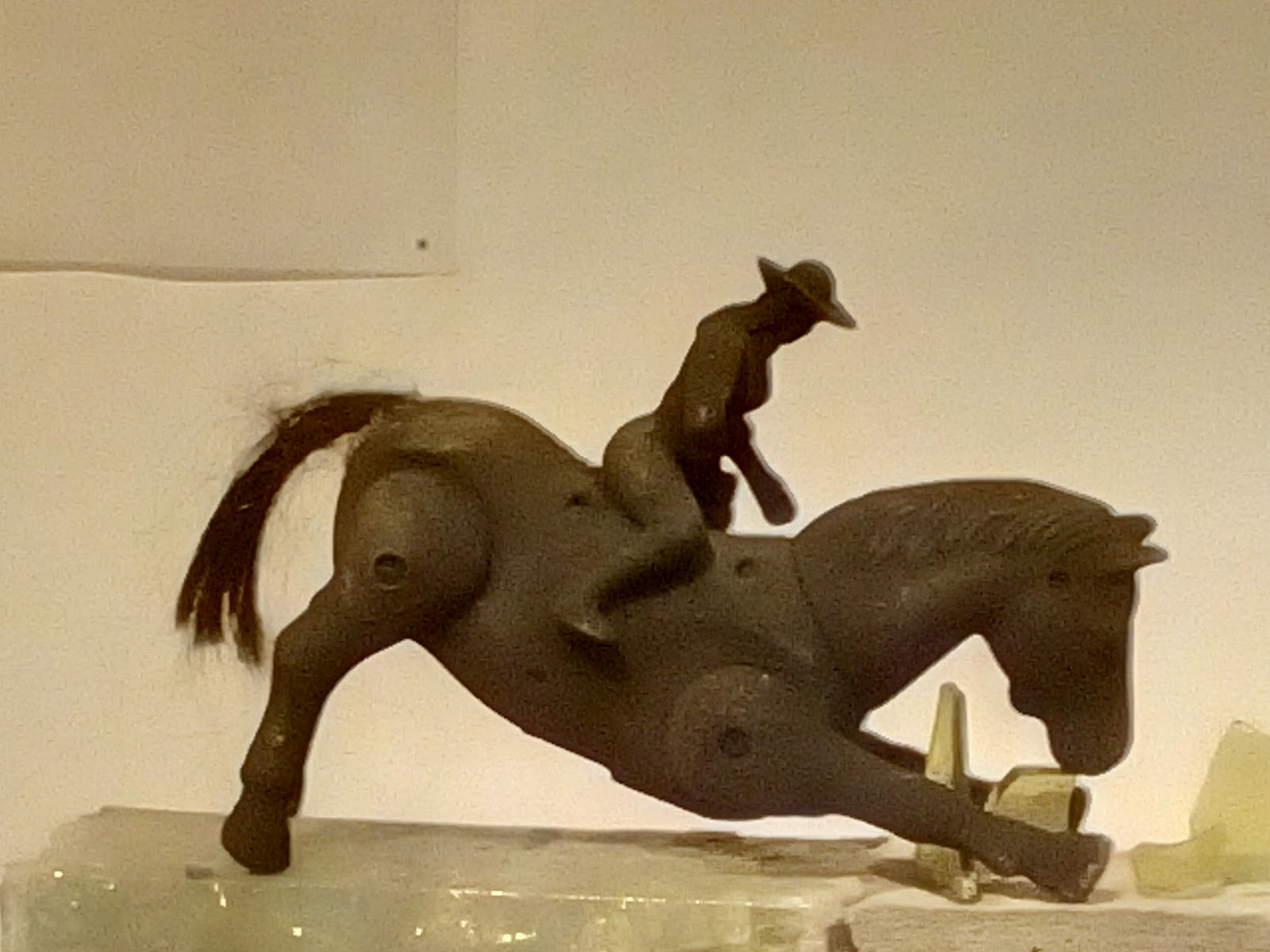 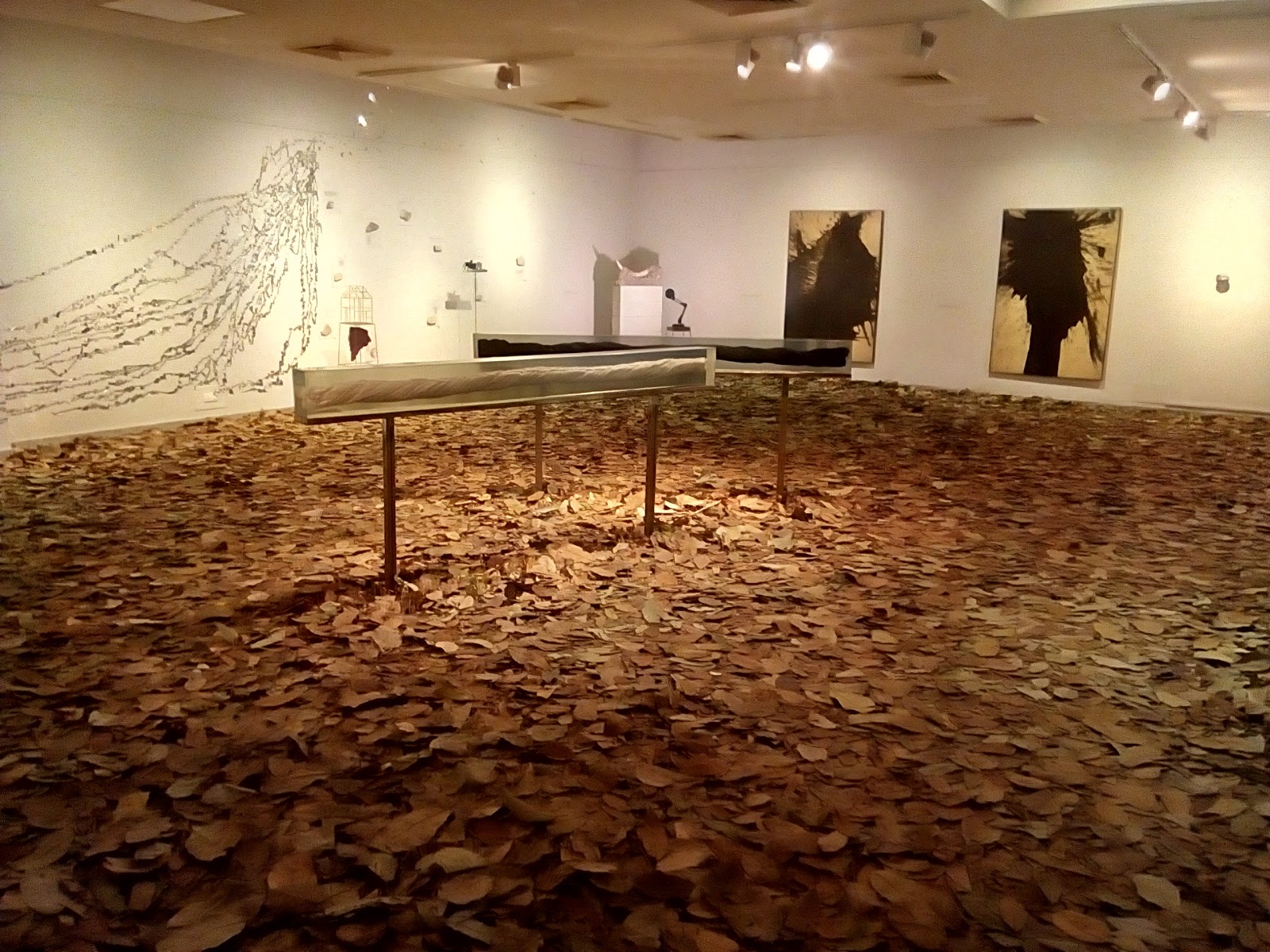 Vibha also attacks the very notion that development just means more concrete buildings and more ‘infrastructure’. Hence one comes across a work where the entire globe is shown being consumed by concrete and iron. Alongside such works is the depiction of the curse of dying rivers, sprinkled with a lot of aesthetics and even a ten minute film showing the choking of rivers like Yamuna in the national capital. One is compelled to think that if a river cannot be saved in a city that is the seat of the government, the dismal plight of thousands of rivers and streams in the remaining part of the country can be easily imagined.

The write up at the beginning says, “Climacteric dispels conventional wisdoms ossified in our environmental studies by foregrounding the importance of exploring he relations of capital, history and theory, political interventions in ecology, and the role of economy and culture in environmental degradation. “ 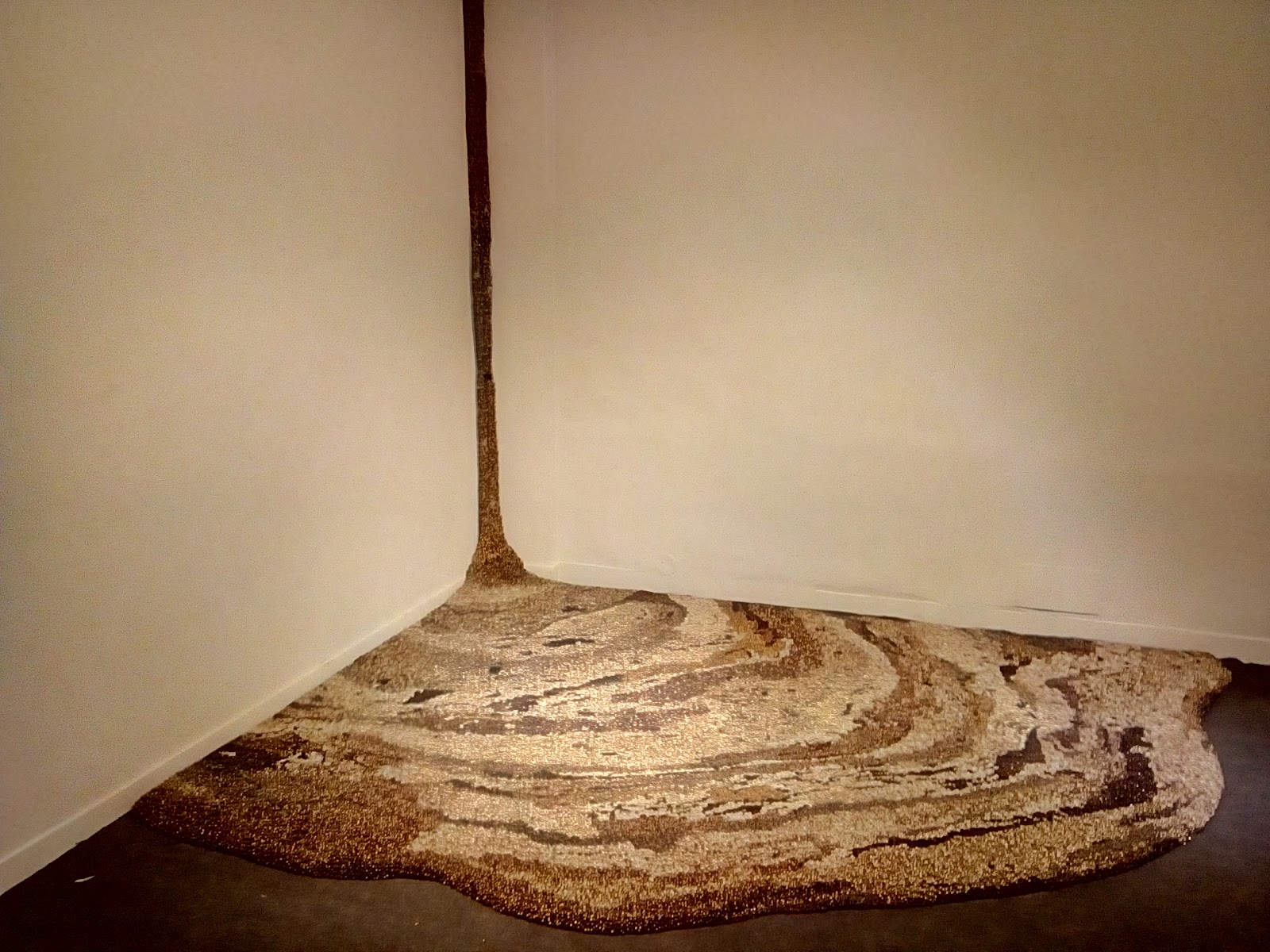 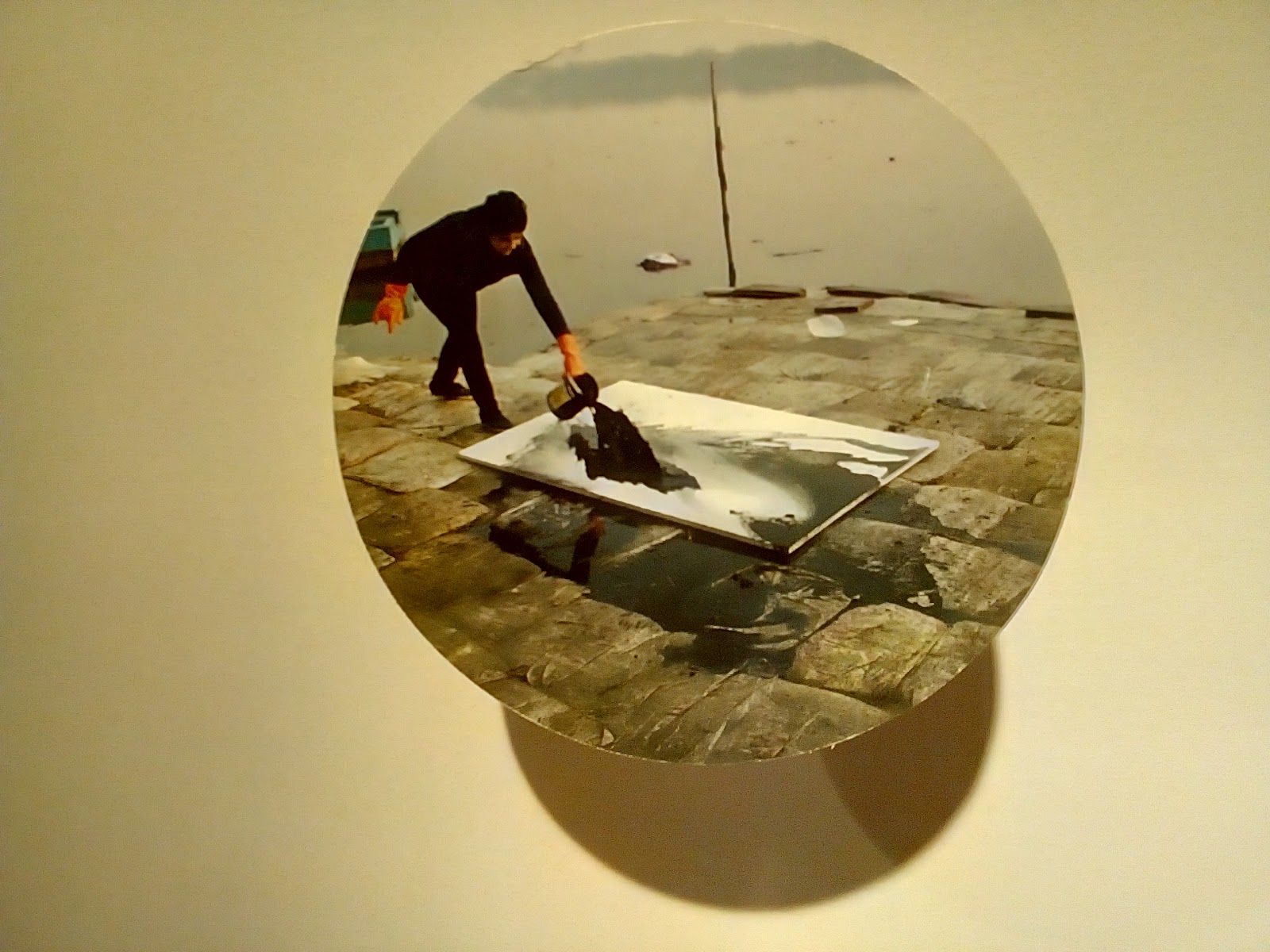 Through this solo exhibition she has called upon the academics, citizens, activists, artists and scientists to collectively tackle the issue of climate change. The title has been drawn from the term ‘The Great Climacteric’ coined by environmental geographers Ian Burton and Robert Kates as a way to address the ongoing global ecological problems and identify global transformations in this period that are critical for the future of the planet.

Through her work, she attacks the globalization and the economic model being imposed on the planet contesting that over exploitation would certainly spell doom for the earth and its inhabitants. She has raised the all important question whether this can be called development and it is whose development at whose cost.

Another thing that’s a big value addition to the show is the poems by various poets like Chinki Sinha and Maya Angelou that accompany every work. Sample the lines:

“The work on display in Chandigarh has been selectively taken out from the last three shows. Having a show in the hometown is always special,” she told this reporter. 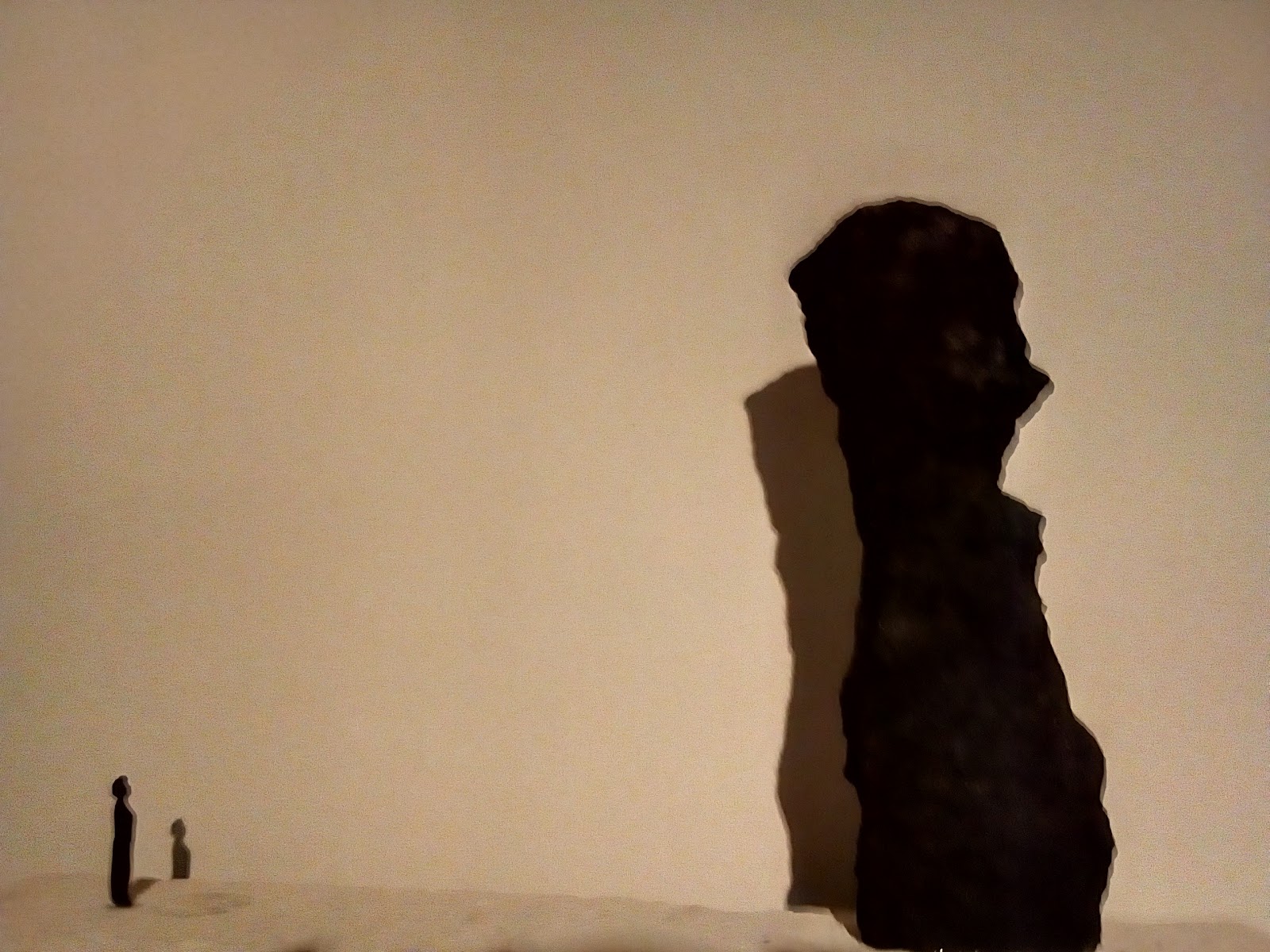 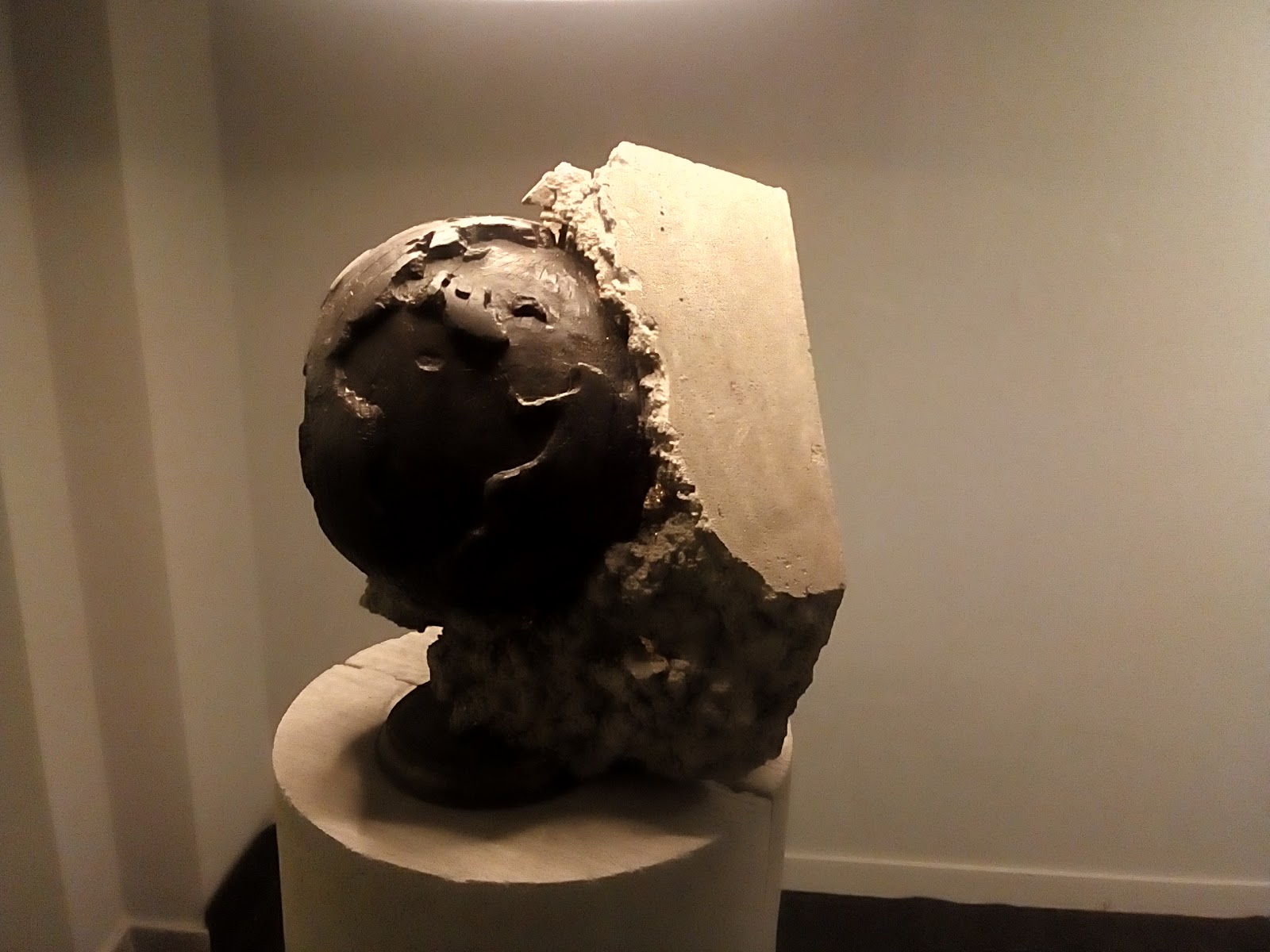 Another phenomenal concept is being demonstrated across the country and even abroad is through the medium of theatre and the exponent is the artist Jyoti Dogra who hails from Delhi and has made Mumbai her home. She has been performing her play ‘Black Hole’ at various places drawing raving response not only from the audience from arts from also the very serious and quiet world of scientists. She recently came up with this ninety minute solo performance on a snowy evening in the small hill town of Solan holding everyone spell bound.

The play delves out a strong dose of physics with various concepts of astrophysics and thermodynamics. One can hear a lot about light years, Big Bang, distances between solar systems, planets and also the Black Holes. Yet, a person from the non science background sits glued for the simple reason that the play also establishes a bridge between physics and Metaphysics. It also deals in the stream of the philosophy of science, the human emotions at the time of a loss of someone close.

It also beautifully brings out the scenario how at certain times an individual grows very close to a dying person while the distance between him or her and a living being starts increasing.

Interestingly Jyoti wanted to pursue science during her formal academic years but ended up studying humanities. Yet her love for science and her ever increasing hunger to know more and more led her come up with something as intense as ‘Black Hole’ which she has also been performing at some of the top science institutes in the country. 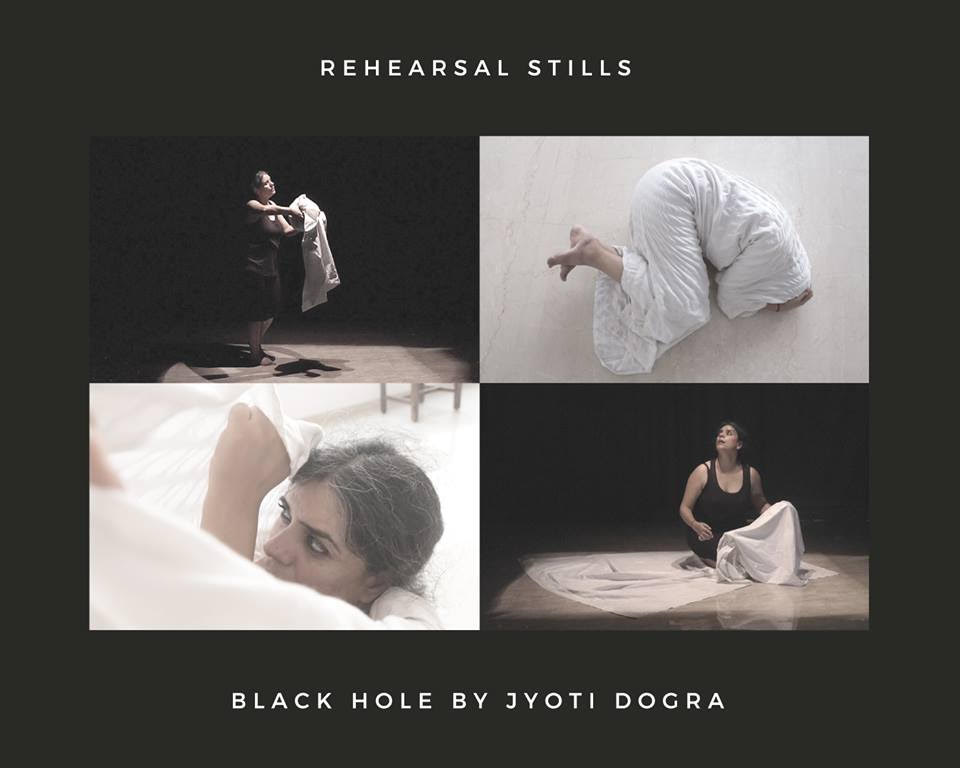 “The idea that pure scientific concepts could form the core of a theatre performance was dismissed by a lot many scientists here when I brought up the idea. But it was the scientific fraternity in Switzerland and Germany showed a keen interest in the concept and the play evolved in its present shape,” she said. Jyoti recalls how she went back to studying science for several months when she started working on the script as the dialogues are about so many facts of pure sciences.

It is a play that brings out the struggle that every individual has with his own psychological ‘Black Holes’ that are situations threaten to suck everything inside. These can be fears and complexes and lot many other things against which every individual struggles at various points of time in life.

“My endeavour is to make the audience ponder over the various aspects of both physics and Meta physics. Even if someone has a totally contrary view is welcome because the view has again emerged from pondering and this is something that I have aimed at,” she said.

Even otherwise, the play helps everyone polish up his or her knowledge of basic sciences in a big way!!!