GUWAHATI: Lalthlamuani has scripted history to be the first ever woman to contest the parliamentary elections in Mizoram. The 63-year old Mizo Jewish leader is contesting as an independent candidate and fought against five men for the lone seat in the state. Mizoram voted on April 11 in the first phase.

Lalthlamuani joined active politics on what she describes as the call of God.

Excerpts from the interview with ABDUL GANI:

What are the difficulties you faced being a woman candidate?

As a women candidate I did not face any real problem. But people are a bit shocked as I stood there to fight the bigger parties. They ask me if I really can win or not. Thats it.


What was the first reaction from your family members when you decided to contest the elections? Were they happy and supportive?

Of course they were really surprised to learn my decision to contest in the elections. But they also knew that it was a call of God. They supported me throughout and motivated me so that I could set an example for women and take the first step for them.


Why do you think that women in Mizoram are not interested in participating in active politics? Mizoram has more female voters thanmen, and one of the highest…

Mizo women are not fully interested in politics. I think because of our Christianity and our culture women hesitate to take part in politics.


Also tell me something of your experience during the campaign? Did male colleagues or friends or supporters accompany you in the campaign?

We did not have enough time for campaign, as I to contest the elections very late. But yes, people supported me. The NGOs of Chhinlung Israel People Convention (CIPC) and The Lost Tribe of Israel member supported me.


What motivated you to contest in the election?

Because God was telling me to contest and save the identity of my community.


What did you tell to your rivals? And what was their reaction?

As I was the only woman candidate they really respected me and were proud of me. They were good to me. I didn’t have the time to speak to them much.


Do you believe that if more women participate in active politics, it's good for democracy?

A Yes. I do believe that. I hope many would follow my way in the days to come.


Winning or losing is a different thing but do you think that your decision to contest is a path breaking development and it will inspire many women in the coming days?

Yes. If I could do this and go this far… educated women could do much better than me. If any woman comes out for this I am very much willing to help and support them.


Tell me something of your personal life and about your family…What do you do?

Chhinlung Israel People Convention (CIPC) Lost Tribe of Israel NGO was established in July, 1994. My husband Lalchhanhima Sailo was president and passed away in 2007 and following that the NGO is being looked after by me as a vice president.

I have four children -- two daughters and two sons. Two of them are working in Delhi and my son helps me. 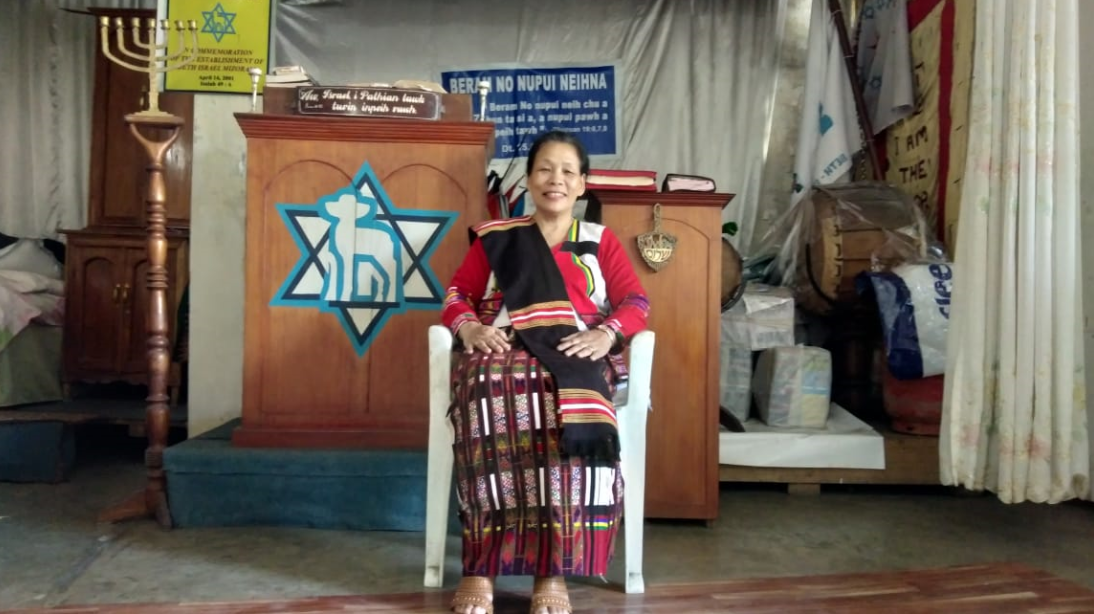