Let us see how the drop transforms into the pearl.

The girls were glowing with excitement. Smiling faces, colourful clothes, gleaming hair with an occasional flash of an earring or a nose ring. Were these the same girls we had left here two months ago? It was hard to believe.

We had last seen them on March 14. They had arrived in the Dalit Shakti Kendra (50 kilometres from Ahmedabad) on the train from Delhi accompanied by my colleagues Ruth and Sahla. Of the total 13 girls, there were 5 from Barpeta in Assam, 3 from Chhatarpur, Madhya Pradesh, 2 from Koraon, Uttar Pradesh, and 3 from Jaitpur Extension in Delhi.

They sat with us in a quiet circle in a room at the Dalit Shakti Kendra. Unsmiling, tense, anxious. Each of us spoke gentle words of encouragement as we tried to draw a smile from their grim faces, a word from their pursed lips. My eye caught a small girl who was almost in tears. Stunted, malnourished, skin and bones. Would she survive two months in these hard conditions in rural Gujarat?

Suddenly there were sounds outside of rising commotion. One girl from Delhi had announced she wanted to leave. She poured out a string of excuses. We all tried to reason with her. My heart sank: What would this do to the others? Would they all demand to be taken back? 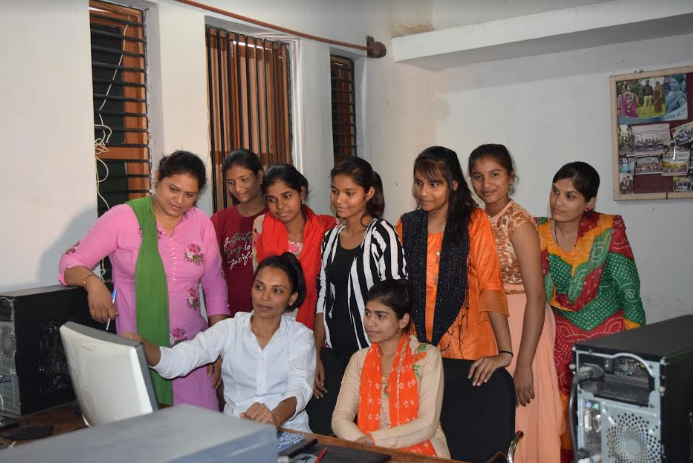 We then walked across the campus to the dorm which would be the girls’ home for two months. I saw their bedding and luggage on the floor in a neat row against the wall. Where were the toilets? Where were the beds? The kitchen was in an open shed. There was the choolha, the huge pateelas, the grain bins. “They will be assigned kitchen, cleaning and washing duties.” Pradeep More was speaking. To my lips rose a prayer. Allah give these girls the strength to cope with these conditions. May Muslim Women’s Forum fulfil its commitment to DSK and may these girls complete their two month training.

When I left them there, the girls looked so sad, so forlorn. I felt a mix of relief and guilt. Should I have stayed back to hold their hand for a few more hours? Like two anchors, Ruth and Sahla were standing with them, as my taxi, driven by Driverben Samina, came out of the gates of DSK.

Two months later Gagan and I reached DSK as the evening cooled the burning ground in front of the Admin block. Suddenly they began emerging from the buildings. Were these the same girls I had seen standing in quiet resignation on these grounds two months ago?

Mirza Ghalib, poet of poets, had captured with his all seeing eye this defining moment in the history of DSK and MWF: 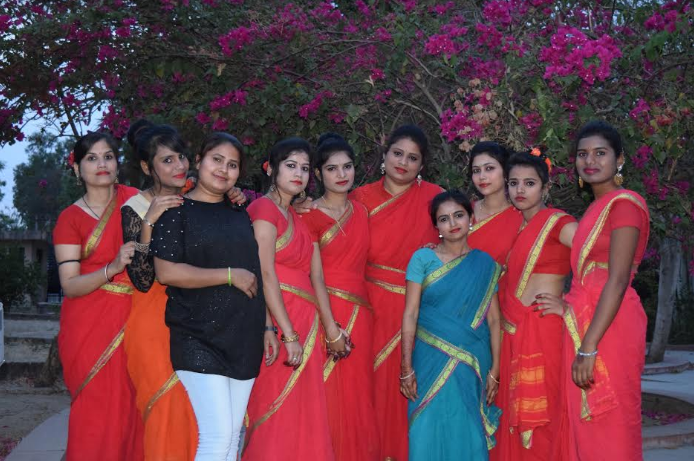 In every wave there is a trap, a trial, an obstacle
Let us see how the drop transforms into the pearl.

I was to witness a miracle that evening. First it was their appearance. Razia from Chhattarpur was draped in a glowing red sari its gold border displayed around her in a stunning style. Ambreen was in a flowing blue kurta, her gold earrings like moons on both sides of her face. Afsana in black tights and white kurta, her hair braided in a neat design. Najma, tiny frail Najma, was dressed in smart churidar with a flush in her cheeks. And Jahana, stonefaced mazdoor child from Koraon, looked confident, well groomed, her high cheekbones a model’s dream. I could go on and on.

This was their transformed appearance. But it was their internal transformation which was DSK’s miracle. Hameeda Parvin from Assam, who since childhood had never been permitted to go out to run or to play games, was declared this batch’s most outstanding sportsperson. Tall and slim, she walked away with the best sportsperson award.

Afsana Khatoon, who had never spoken a word in any Forum anywhere, was orator number one.

And Afsana Bano was the best essay writer of the batch. She spoke with passion about social justice and violence against women. She spoke of Asifa, the eight year old Bakerwal child from J&K. Where was God when she was raped and mutilated in a temple, she asked?

Ambreen Bano spoke about how DSK expanded the horizons of her mind. “Before coming here, when we looked at the mirror, we saw our own faces. But the mirror DSK held up for us was the Mirror of Truth. We saw the world in its reflection.”

I could write about the others who came from different organisations. For example, Dipika who won the reading prize, had created a record by reading 39 books in 2 months. And Anita whose Telangana biryani was a delectable treat for the students. And there was Pramila from Jonsar Bawar in Uttarakhand whose voice was melody and life was tragedy.

The two friends, who sowed this seed of DSK 20 years ago, sat on my right and left. Gagan Sethi and Martin Macwan. It all began with a 17 year old girl in a village in Saurashtra. They had gone on a mission to create awareness about the caste crime of manual scavenging. After hearing them, the people gathered around them made a resolution. They would never ever carry shit loads again. “What will you do?” Martin asked. “I will sell brooms,” said one. “I will buy a cycle, tie brooms in the carrier and sell,” said another. The inexorable curse of ‘broom’ refused to go away. Then from the back row a 17 year girl old spoke up. “I will buy material and sell pieces for blouses.” Thus DSK was born.

“This training is for total Azadi. After 73 years Dalits and Muslims have not got Azadi. You have been trained at DSK to grab your Azadi. Physical and emotional Azadi. Go empowered from here and then get involved in the big Ladai called life.” Gagan was addressing the students. Then it was Martin speaking. “There is no one who comes to DSK and returns empty. We all carry something away from here. If you had not come, our lives would have been empty, dull. When you go tomorrow, we will feel sad, but we will also be happy because a new batch will arrive to follow your footsteps. Now we will wait. We will look eagerly for your names to appear in newspapers and on TV to mark the work you will do in your communities.”

Over the years DSK has trained 9,930 youth for community work. 51% are women. “DSK has helped you gain self confidence,” said Pradeep. He reminded students about the launch of Bhed Bharat, a book by Martin Macwan about the atrocities inflicted on Dalits from 2015 to 2018. “You who came from thirteen states, have lived closely with each other and now you know what Bhed Bharat is all about. Together you all have celebrated Ambedkar Jayanti and the Jayanti of Mahatma Phule. You will now take our struggle forward. I see that you are now ready to face life.”

“But we don’t want to go. We want to stay here with our beloved Ma’am Indu, with our other instructors. We had such fun and… we have made lifelong friends.” This was the common chant from all our girls.

“But go you must, so others can come and learn what you have learnt.”

I had difficulty keeping back my tears. I was told that tomorrow when they leave, there will be many more tears.

As I was leaving this bright circle of girls, while many cameras were capturing the magic, the song Vidai (Farewell) composed by the girls and sung by Premila of Jonsar Bawar was ringing in my ears.

Their faces rose before me as we drove back to Ahmedabad. Hameeda, Swati, Dipika, Farheen, Kulsuma, Sahiba, Nasira, Hosnara, Rehana.

They lit up the dark night as I blinked back my tears.

The Muslim Women’s Forum was established in 2000 by Sughra Mehdi and Syeda Hameed. Its founding president was Saeeda Khurshed. Hameed is a former member of India's Planning Commission and a known voice on gender justice.