Rupa Chowdhury, 32, is Kolkata’s first Swiggy delivery woman and also an Ola, Uber and Rapido bike driver. She resides in south Kolkata’s Baghajatin area and has been working this job for the last few years.

“My aim in life has always been to be a good human being first and only then anything else,” she says. A former student at the Better High School, Chowdhury couldn’t complete her education due to her parents’ ill health: her mother suffered from paralysis for 13 years and passed on in 2006. In 2018 she lost her elder sister and her father died the following year.

At Swiggy, Chowdhury says, “I was only doing my duty, unaware of the fact that I am the first food delivery woman of Kolkata.”

She left Swiggy after her father died. In January 2019 she joined Ola as a bike-taxi rider which was also a first for women in the city. A passenger named Arghya Ghosal clicked a selfie with Rupa during his journey from Jadavpur to Kalikapur and the picture went viral. Last year she joined Rapido and Uber, becoming their first lady driver as well. 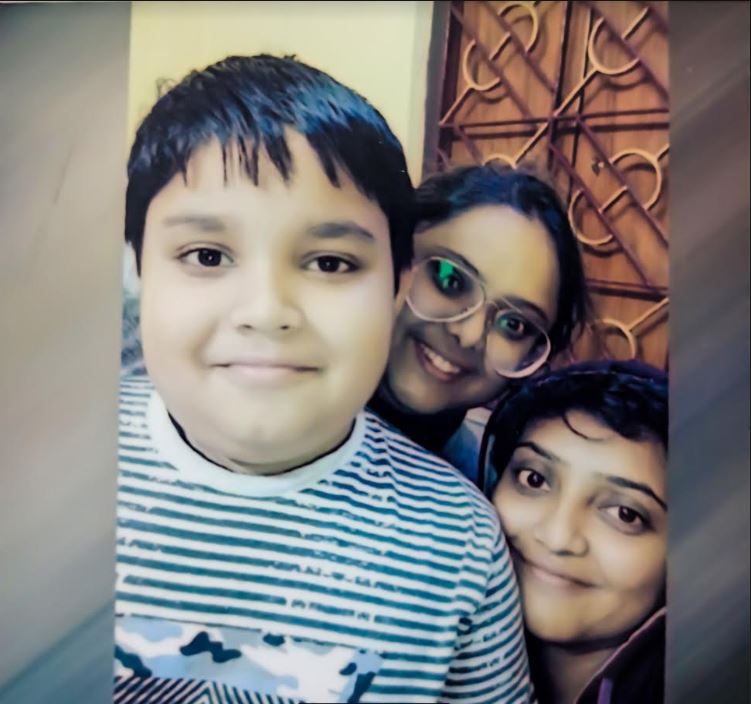 Since childhood, Chowdhury says she was interested in repairing mobile phones and working on computers. She got married in 2008 but the couple got separated. She has a boy named Sayantan Das, 11 years old, who lives with her ex-husband in Barasat, North 24 Paragans, some 30 kilometres from Kolkata. Chowdhury manages to meet her son only once or twice a month.

She recalls facing gender discrimination and being bullied several times by customers. “One day after receiving a booking I went to pick up that customer, but after talking to me on the phone he cancelled the ride saying ‘You are a female, I won’t ride with you.’

But she has some good memories as well. “Once I got a booking with a lady and she was so happy that after completing the ride she took me to her home and introduced me to her mother! Women get excited when they see a woman driver as they feel safe,” she said.

“When I went to the office of Ola and Uber for the first time,” she recalls, “they behaved with me so well that I was feeling proud to be the first lady driver of the city.” Chowdhury adds that she can always count on the support of her best friend Aparna Das, whom she met at a birthday party in 2018. 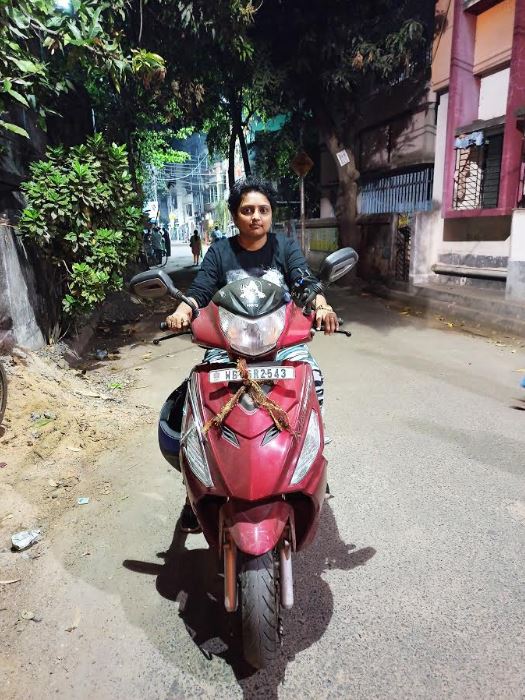 Women around the country have been inspired by Rupa Chowdhury. A woman from Durgapur shared a post mentioning her as her inspiration. “I am not going to leave my job as many women are getting inspiration from me. And I also love to drive! If I left the job they will live in fear and won’t be able to do this, and I don’t want that to happen,” she says.

Chowdhury has participated in many reality shows and has been honoured with various recognitions around the state. She has a plan for a startup business in the future – till then she will continue driving.