Menstrual hygiene is still discussed in hush-hush tones in India, where many myths and taboos hinder women from leading a healthy and normal life.

Because they have not been provided with proper sanitation, about 80 percent of girls in India are unable to attend school during their periods.

The main reasons they cite are discrimination, lack of access to proper sanitation, and the high cost of sanitary pads.

Only 1 in 5 Indian women have access to proper disposable sanitary napkins, while the rest rely on unhealthy alternatives like rags, sand, and ashes.

This affects their bodily and emotional health right from the onset of the menstrual cycle.

The situation is worse in rural areas. In Maharajganj, one of the most backward districts in Uttar Pradesh, period stigma is one of the biggest challenges faced by NGOs aiming to uplift and empower women.

Urja Energy, a local NGO has been making continuous efforts to change this for the past four years. They are trying to eradicate the taboo by educating women about menstrual hygiene, and involving them in the process of manufacturing sanitary pads. 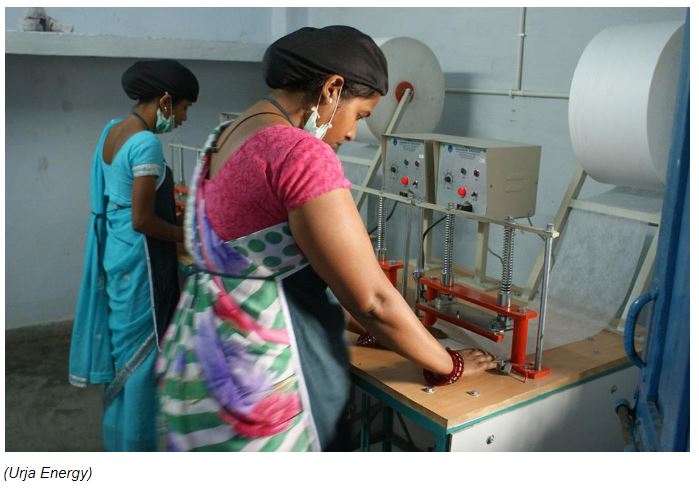 Sachhi Saheli has a different approach to combating social taboos. Founder president Surbhi Singh says the organisation addresses the cause rather than the symptoms.

Through programs intended to give a voice to women she discusses with students subjects like menstruation, PCOS, nightfall, and more to spread awareness of menstrual hygiene.

“At first it was a difficult job arranging for funds, so it was mostly self-funded projects in which I used my earnings as a gynecologist,” says Singh.

The NGO has also conducted webinars on nutrition, body shaming, and bullying. 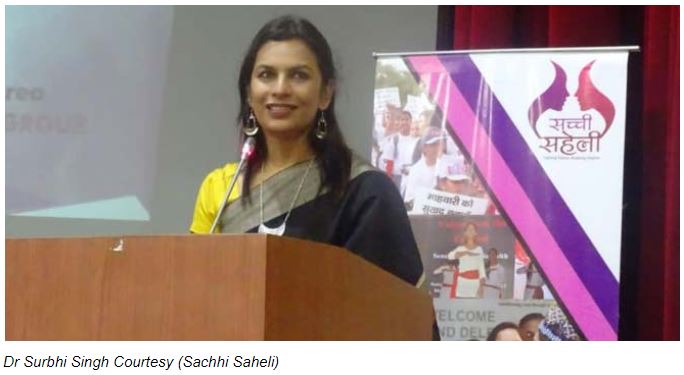 Shivani Swamy is the founder of GiveHer5, a social initiative to help young women in rural India, GiveHer5 offers them safe sanitary solutions. “We work in the slums of Mumbai and also carry out our campaign in Himachal Pradesh, in Naxal areas, and even in women’s prisons. We even worked with sex workers and NGOs who are associated with them,” says Swamy.

She tells us about Saafkins, the world's first washable, reusable, yeast, and bacteria-killing napkins which can be used for 12 long hours and can be washed up to 60 times. They are 85 percent biodegradable. GiveHer5 funds its work through co-operative funds and through its website.

The aim of making menstrual hygiene accessible to everyone through interventions focused on education, behaviour change and facilitating development of infrastructure is also shared by the Nirman Foundation, an NGO in West Bengal.

“Since the beginning of the lockdown around 70,000 sanitary pads have been distributed by us across West Bengal as well as the cyclone-affected areas of Sunderbans through various organisations,” says Debayani Sen, project coordinator at the Foundation.

These NGOs have not had it easy. Raka Singh says Urja Energy faced opposition from people who insisted that spending money on pads is a waste, and supported the use of cheaper alternative means like sand, grass, or mud without understanding the risk involved in these outdated practices.

The most difficult question she has had to answer to date is, “Why do these pads cost more than the ones given by the government?”

Apoorwa, a volunteer with the Katradi NGO who works in Uttarakhand, says she faced a lot of backlash from locals for interfering in their cultural practices. But, surprisingly, she received support from a handful of educated men.

These organisations are struggling to cope with the pandemic and lockdown. “Due to lockdown, the women still cannot go out to sell the products and we have lost our regular customers,” says Singh.

The team at GiveHer5 have been prevented by the lockdown from campaigning in rural areas. So they started distributing their product Saafkins to migrant labourers instead.

Sachhi Saheli meanwhile is distributing a kit known as Covikit to women in infection red zones.

The awareness by these NGOs has resulted in constructive outcomes. “The best scenario is that the monthly budget now includes sanitary towels and these are not considered waste,” says Singh.

In the case of Sachhi Saheli, the hesitation and awkwardness in talking about menstrual hygiene publicly have disappeared slowly. Dr Surbhi is now also invited to discuss the topic on various occasions.

“We even started involving boys in our program, where we talk about the problems faced by boys during adolescence,” says Singh.

For Apoorwa the most positive response has come from school going girls, who now have the confidence not to quit their schooling due to periods.