‘Naam Poribortito’ Asks Why Names of Rape Victims Are Not Disclosed

Why must the real names of victims of rape, molestation, domestic violence, child abuse, be changed while talking to the media? We knew the Delhi rape victim as Nirbhaya for a very long time till we got to know her real name, Jyoti. Why? Why should the victim’s name be changed while reporting the violence committed against her? She is the victim, not the accused and therefore, does not need to hide her identity.

Sometimes, they say it is to sustain her safety from the wrongdoers. But that has not saved girls from being victimised all over again by the very people who raped them. Some media outlets published the name of the Hathras victim but there is no clue if it was revealed because she was dead or it was revealed because there was no reason to hide her name.

Naam Poribortito (Name Undisclosed) is the title of a documentary film made by Mitali Biswas which argues against the concealing of the victim’s name in cases of violence against women.

Mitali Biswas opens her statement with digitalized and fragmented faces of the victims discussed in the film but after the film ends, the faces of the victims, except minors and a very little girl of three, are exposed beside their correct names. One headline screams out how a victim was forced to marry her rapist. The camera pans across the streets of Kolkata, women getting off a local train to rest on an anonymous face.

One girl says, “The transformation within ourselves towards rape is a movement in itself. Once this is achieved where each girl and woman realises this, external forces for strengthening the movement will become redundant.”

This film was made in 2015 when there was a spate of rape cases in West Bengal but it is very pertinent in 2020 with special reference to cases of gang rape of young girls and women, mainly belonging to Dalits by upper caste men right across the country..

There were 32,559 cases of rapes registered in India and the highest rate —14.7 — was in MP followed by Chhattisgarh. The number of girls under 6 who were raped stood at 298 and the highest number of victims in this category were also in UP. Over 93 per cent of rape victims across all categories knew their tormentors before the crime, revealed the figures. There were 89 cases of custodial rapes.

The 50-minute film that focuses on the massive spate of rapes across the State of West Bengal over the past decade or more. The debut film of journalist-turned-activist Mitali Biswas, the film takes an objective look at rape, makes some of the victims talk straight into the camera, places their views on their condition and leaves it to the viewers to draw their own conclusions unfolded, layer by shocking layer in a multi-layered, well-researched narrative filled with statistical data, interviews with activists, lawyers and victims, newspaper clippings and stock shots of shocking scenes and statements on the aftermath of rapes and molestations across entire villages of West Bengal.

According to the director, “'Naam Poribortito' (Identity Undisclosed) tries to identify the role of society and administration behind rape through few incidents which took place in India, mostly in West Bengal in the recent past.”

Biswas, who works for a NGO, went through extensive field research for several months to shoot the film on actual locations. The film explores the role of society, the law and the administration that underlies rape through some actual incidents in India in general and in West Bengal in particular tracing some case histories dating back to more than a decade that strongly suggests that the two respective ruling parties heading the state government have remained oblivious to fair justice being meted out to the victims.

The title, Identity Undisclosed is triggered by a significant question raised by a married victim of rape in the film who asks why should the names of the victims be changed or hidden from media reports when they are the victims and not the criminals who raped them. So, Mitali Biswas opens her statement with digitalized and fragmented faces of the victims discussed in the film.

But when the film ends, the faces of the victims, except minors and a very little girl of three, are exposed beside their correct names.

An elderly woman caught on camera says that girls get raped because they do not listen to their parents, dress and behave in any which way. Another woman states, “Parents should take care of how their girls dress when they go out. Look at the way some of these young girls dress. How can you blame young men if they are tempted by these ways of dressing?”

A young man driving a car says, “If a man and a woman are in love, it is a different story. But men visit bars and now girls want to go to bars too. They mingle with several men and it does not suit women to behave in this way. So, they are alone to be blamed for being raped.”

There are vocal protests too. “Tradition is being used as an excuse to censor women’s dress, movements, behaviour and so on,” says Joyraj, a theatre worker and activist. There are clips from the Delhi protests against the Nirbhaya rape and murder. This however, becomes redundant because the focus on West Bengal defines shocking incidents unto themselves and did not need the backing of the Nirbhaya tragedy.

A middle-class girl says that her birth was not accepted either by her parents or by her grandmother because “I was born female. My grandmother had strictly asked me not to come near her dead body when she died because it would deny her soul peace.”

In India, husbands commit the majority of acts of sexual violence against women. Less than one percent of marital rapes are reported to the police. This comes from National Family Health Survey III.

Naam Poribortito is perhaps the first and till date, only film that questions the practice of concealing the name of a rape victim. 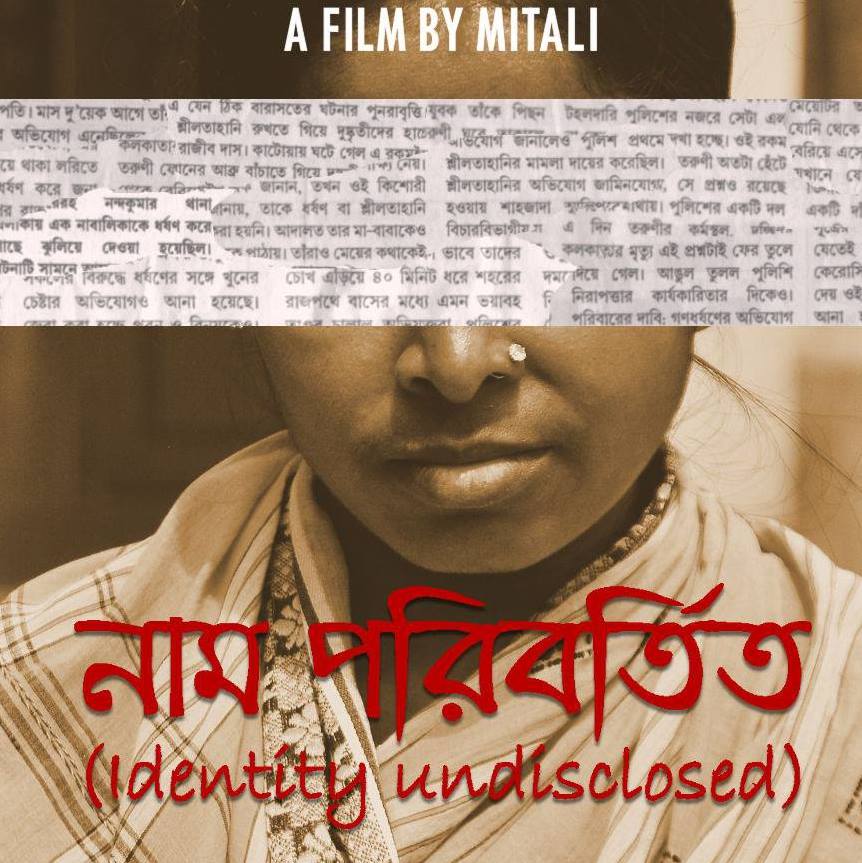 2 Women, A Dalit and a Muslim, Make a Difference in Sudan