Meet a Tawaif at Cawnpore Who Spied for Baagis in 1857

She was a woman of very strong heart.

But when she saw the bloody body of Shamsuddin Khan, a sowar of the 42nd Cavalry, she broke down completely.

Shamsuddin died in a bombardment upon bagis or mutineers by the East India Company on June 23, 1857. His handsome, lifeless body was brought before her from the battlefield by fellow bagis.

Aziz un-Nisa, a kothewali tawaif, was shattered. He was her everything.

Shamsuddin was always with Aziz un-Nisa, whether for secret meetings with Nana Sahib, on Firangi killing missions, or spying. One such killing mission they carried out jointly is recorded.

Once, a British officer of the Kampani (East India Company) killed a Native sowar just for nothing. It was more to show his White supremacy than for any grave faults. Later in the evening, he visited the kotha of Aziz un-Nisa and bragged about it to his fellow officers who had come there too.

The lady determined to take her revenge. And she told her intention to Shamsuddin. They decided to kill the White officer. 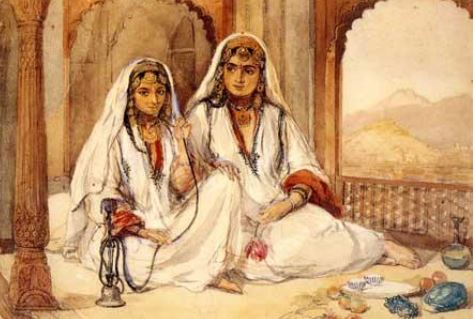 Aziz un-Nisa, being an ace spy, knew that officer regularly went to a particular army club in the night. She and Samshuddin wove a very daring murder plan, the rarest of rare kind at Cawnpore in 1857.

One evening Aziz un-Nisa went to the club and managed to bring the Firangi to a narrow lane close by.

It was dark. And in the darkness, Shamsuddin plunged the dagger into the bragger’s heart. Vengeance for the murder of an innocent sowar was performed.

When a Dead Tawaif Rises

Her baagi lover now is dead!

Life meant very little for her. What happened to Aziz un-Nisa after this?

By and large it is believed the Kampani executed her after crushing the Mutiny in Cawnpore very ruthlessly. Some reports say that she was hanged; other reports say she was put before the firing squad.

But was she really executed? It is from here that the mystery begins. 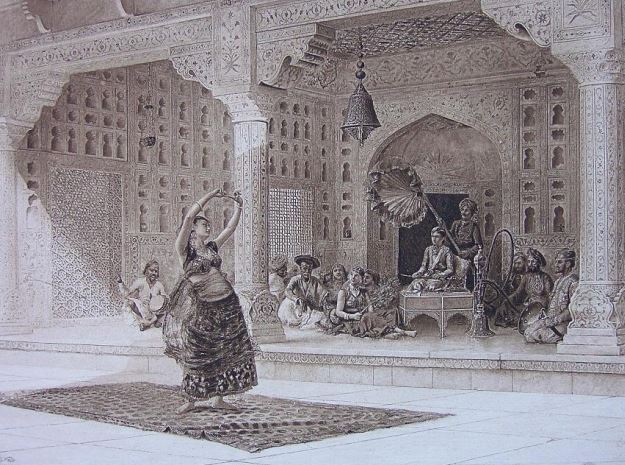 A few months after the supposed execution of Aziz un-Nisa, rumours floated in Cawnpore that she had been seen riding on horseback, in male sowar’s attire, a sword at her side and pistol in hand.

Even the records of the Kampani officers, Hindustani newspapers and the diaries of contemporary diarists corroborate this fact.

We have quite a few quasi-historical sources about Aziz un-Nisa. There is the diary of Nanak Chand, the accounts of Colonel William and the official records of Sir Hugh Wheeler. But they do not authenticate her execution.

It is known that after Ghadar ended, General Henry Havelock held a military court to try Bagis and Aziz un-Nisa was brought before him.

It is believed that General Havelock was spellbound by her beauty and something unthinkable happened: he agreed to set her free.

She could run her kotha, if she disclosed the whereabouts of Azimullah Khan, the right hand of Nana Sahib.

The surviving contemporary records say she refused to say where Azimullah Khan had hid himself. 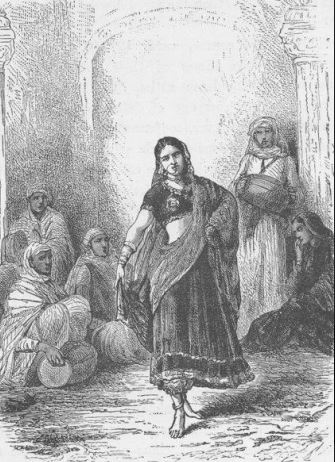 Now what is true and what is false? At least there is no final proof that Azizunnisa was hanged or put before the firing squad.

Roti, Kamal and a Bloody City

Shamsuddin’s contribution in the Cawnpore revolt has not been mapped properly. We hear a lot about Azizunnisa but not much about her lover.

He was a soldier or sowar of the Scottish Highlanders Infantry Regiment 42nd Cavalry, later rechristened the Black Watch.

Why this strange name? We have no means of knowing.

But that was the regiment that crushed the Cawnpore Ghadar!

Responding to the roti (flatbread) and kamal (lotus flower) of Nana Sahib and other rebel leaders, many soldiers of the 42nd Cavalry deserted the Kampani army to turn Baagi. 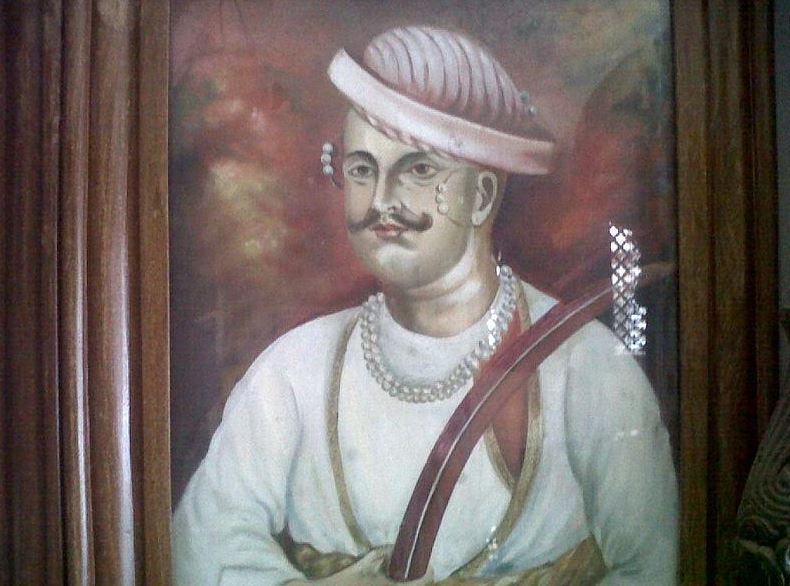 Shamsuddin was one of them.

We may be wondering how Roti and Kamal could bring about a mutiny in the fauj. The Kampani too took quite a long time to understand it.

The distribution of Roti and Kamal to Rajas, Sultans, Emperors and Zamindars just before a war was a traditional way of seeking their support. In Rajputana, Deccan, Baghelkhand, Bundelkhand, Vidharbha and Maratha pockets, for many centuries it was a symbolic way of knowing who would support you in case of war.

A ruler would send special messengers with Roti and Kamal to other rulers when they were about to declare a war or revolt against others. If they returned the two items to the messenger, it implied they were not supporting the sender.

In 1857, Roti and Kamal became a common method to know which sowars in which military camps of the Kampani were joining Ghadar or siding with Firangis.

Azizunnisa would enlist Bagis this way in Cawnpore. She visited military camps late at night with Shamsuddin to wean away sowars.

He was quite important in the 42nd Cavalry, commanding about 40 Native sepoys and earning a handsome salary of 5 sicca rupees: in 1857, a very big amount. He first met Azizunnisa at her luxurious Kotha probably in 1855. He liked her terribly and fell in love.

She also liked him. And fell in love.

Like Azizunnisa, Shamsuddin was also quite rich and had no need to join Ghadar. They could have married to live life happily.

But a single cartridge, a bullet changed them altogether making them Bagis.

In 1857, the Kampani brought new bullets for the Pattern 1853 Enfield rifle to the Cawnpore Fawji Chhawnee or cantonment, just a few weeks after the hanging of Mangal Pandey at Latbagaan in Barrackpore near Calcutta.

Sowars at Latbagaan revolted against this bullet due to rumours that it was greased with the fats of pig and cow: sacrilegious for both Hindus and Muslims. Rumours fanned out that Firangis aimed to spoil religions of Mussalmans and Hindoos through this bullet.

Sowars like Samsuddin at Cawnpore Fawzi Chhawnee asked why Kampani had replaced the old Smoothbore Brown Bess Rifle to introduce the Pattern 1853 Enfield?

Firangis said the Smoothbore Brown Bess was less accurate and less powerful compared to the Enfield. But the sowars’ sentiments had been fired up.

Azizunnisa too was appalled. She knew Shamsuddin would lose his iman – faith – if he touched that infernal bullet. And Sowar Shamsuddin turned Bagi. So did Azizunnisa. 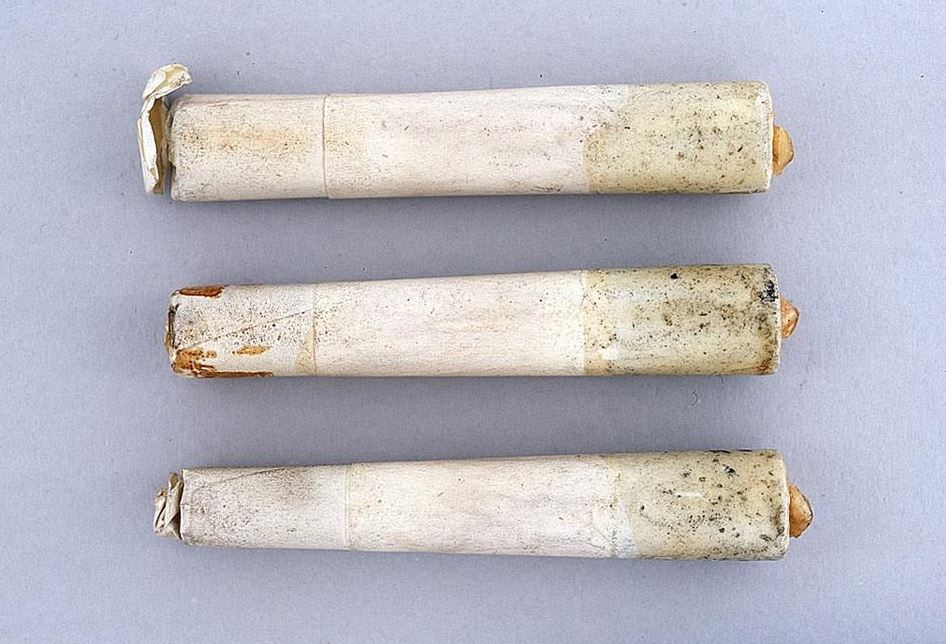 The two extraordinary mutineers were born.

The 42nd Cavalry in Cawnpore was boiling over. The Native sowars started deserting Kampani’s army to join the Bagis of Nana Sahib.

Samsuddin and Aziz-Un-Nisa were present at a very secret meeting of the topmost leaders of Ghadar under Nana Sahib held at a Haveli of Cawnpore on June 1, 1857.

Just five days later, Nana Sahib declared Independence from the East India Company. This is supposed to have been the first declaration of independence.

Aziz-Un-Nisa and Samsuddin must have been very prominent leaders of Ghadar or they would not have been at the meeting. They were also present when Nana Sahib raised the flag to celebrate the initial victory of Bagis.

In fact, she created a separate Women’s Brigade of Jihadis with a large number of kothewali tawaifs, teaching them horse riding, sword wielding and firing guns. She created a band of archers out of them. The women were also taught to throw spears. 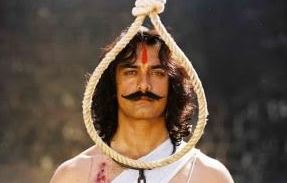 During the bloody, gory Ghadar of 1857, kothewali tawaifs fought alongside male sowars laying down their lives.

Why did they do it when they were spending their lives in utmost luxury?

19th century Cawnpore and Lucknow nestled in the dreamy worlds of kothas or almost-bordellos. Come evening the kothas vibrated with kathak.

In 1857 when Azizunnisa was alive, “tawaif” had altogether a different meaning from that of the present day. Today the word is widely used but mostly misused, misunderstood.

It has a derogatory meaning now. Then in her time, only privileged women could turn Tawaif, that too after meticulous training in the classical ragas, classical dances, and proper training in musical instruments.

Nearly 163 years ago, they were respected as connoisseurs of the performing arts and literature. Some were Urdu and Persian poets. Azizunnisa was one such.

As an icon of the performing arts, Azizunnisa was simply excellent. As spy also she moved very intelligently, keeping Nana Sahib, Tantiya Tope, Azimullah Khan and Subdar Tika Singh informed at great risk to herself.

Cawnpore was then a major British cantonment; her Kotha was located in the middle of the bazaar and very close to the cantonment. Kampani officers regularly visited in the evening.

Some officers, after drinks, would discuss military plans or strategy to quell rebels in and around Cawnpore. They would talk about carrying arms, weapons and food in bulk to a particular place – that meant the army was planning an offensive.

Azizunnisa would take these reports to Nana Sahib’s war room.

Here we encounter a very strange question. If she was a spy, why did the Kampani agree to set her free? The Firangis sent all female spies to the gallows – was she spared death? Why?

We have no answer. We have no idea about her later days post Ghadar.

Strangely, we have a painting of Azizunnisa but not of Shamsuddin. Why not? 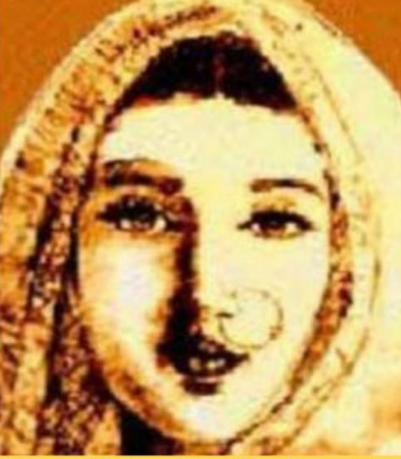