Chief Justice of India SA Bobde’s remarks in two cases have sparked massive outrage. Representatives of women’s movements and other concerned citizens are now demanding the CJI retract his orders from the day and step down from his post immediately.

On March 1, while hearing a petition by Mohit Subhash Chavan, a Maharashtra state government employee who has been accused of raping a minor girl, CJI Bobde reportedly asked, “Will you marry her?”

The petitioner had filed a plea for protection from arrest stating that, under the state government's rules, he would be dismissed from service if detained for over 48 hours. The bench, in response, reportedly stated, “You should have thought before seducing and raping the young girl. You knew you were a government servant.”

“We are not forcing you to marry. Let us know if you will. Otherwise, you will say we are forcing you to marry her,” media reports quoted the bench as saying. When the petitioner responded that he had wanted to marry the girl earlier but is now married to someone else, the bench rejected his plea but gave him interim protection from arrest for a period of four weeks, further directing him to seek regular bail.

Representatives of women’s movements issued a press release on March 2 criticising the CJI’s remarks. “You were hearing the petition for protection from arrest, of a man accused of stalking, tying up, gagging, repeatedly raping a minor girl, and threatening to douse her in petrol and set her alight, to hurl acid at her, and to have her brother killed,” they said, adding that the case came to light when the girl allegedly attempted suicide.

And that the suggestion that the rapist marry the victim in itself amounted to condemning “the victim to a lifetime of rape at the hands of the tormentor who drove her to attempt suicide!” the statement read.

According to Bar and Bench, the victim and her mother were attempting to lodge a police complaint when the mother of the accused stopped them, promising her son’s marriage to the girl when she turns 18. The petitioner’s mother allegedly also got the victim’s mother, who is reportedly illiterate, to sign an undertaking stating that the two were involved in an affair and engaged in consensual sexual relations. However, once the girl turned 18, Chavan’s mother refused marriage, which prompted the victim to file an FIR, accusing the petitioner of rape, criminal intimidation and sexual harassment under the Protection of Children from Sexual Offences Act (POCSO).

The petitioner approached a sessions court for bail, which was granted in January 2020. The order was challenged by the victim before the Aurangabad High Court, on the grounds that bail should not have been granted in a serious case such as this, which also falls under the POCSO Act.

Terming the session’s court order as “atrocious”, the High Court set aside the judgment granting bail, further observing, “The approach of the learned Judge from such a reasoning clearly shows his utter lack of sensitivity in such serious matters.” The petitioner then took recourse to the apex court to challenge the High Court’s judgment.

Brinda Karat, CPI (M) Polit Bureau member, has also written a letter addressed to CJI Bobde, requesting him to withdraw his comments and decisions from the day, stating that while the courts must keep the victim’s interests at the centre, the opposite has happened in this case. She also urged the CJI to uphold the Aurangabad High Court’s judgment.

Highlighting that the victim had been gagged and raped at the mere age of 16, at least 10-12 times, Karat further stated that the issue of consent does not arise in case of the victim being a minor.

She added that the victim had reportedly refused the offer of marriage and asked the CJI: “Is her (victim’s) suffering, her trauma of no consequence, of no value?”

“By such questions put to a rapist the message given is that a rapist can escape jail if after the crime he “agrees” to marry his victim whether she wants to or not. There is a prevailing retrograde social approach that the victim of rape is a “bad” woman and if the rapist marries her, she gains respectability in the eyes of society. Comments of the apex court should not give the impression of supporting such approaches,” she wrote.

While hearing another case where the petitioner, Vinay Pratap Singh, has been accused of rape by his former partner whom he had a live-in relationship with for over two years, CJI Bobde allegedly remarked, "If a couple is living together as man and wife, the husband may be a brutal man, but can you call the act of sexual intercourse between a lawfully wedded man and wife as rape?”

The complainant in the case alleged that her consent to engage in sexual relations was obtained “by fraud”, as the petitioner had promised to marry her and the couple had reportedly performed “marriage rituals” in Manali as well. The FIR was filed after the accused married another woman.

Representatives of women’s groups in a statement claimed that such comments not only legitimise “sexual, physical and mental violence by the husband, but it normalises the torture that Indian women have been facing within marriages for years without any legal recourse.”

Karat, in her letter to the CJI, highlighted how this incident, where the accused engaged in sexual relations with the victim on the false promise of marriage, constitutes rape under law.

“Rape is determined not by a marriage certificate but whether or not the woman consented to have sexual intercourse. The comments reportedly made justify brutality and cause harm to the woman,” she wrote, adding that the court’s remarks in the case constitute a “setback for the struggle for justice.”

Women’s groups demanded that the CJI step down as such comments will only lead to further silencing of women and young girls by sending the message that justice is not a constitutional right for women in India. 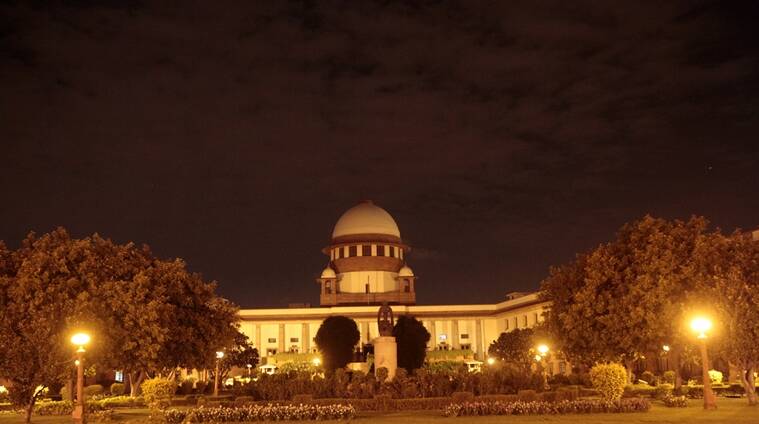