‘God Created Me This Way’

NEW DELHI: ‘My family abandoned me because I was born a transgender. I don’t even know who they are. They never came to meet me nor see me ever, they don’t know whether I am alive or dead,’ says Reena Kinnar, 24.

She lives on the streets near Delhi Gate. ‘After being rejected by family, I found solace and refuge with other Hijras who were also struggling to survive.’

She is crying. ‘Madam you tell me, is it my fault if God has created me this way? If you get ridiculed all the time it’s really hard to take. I want to get away from everyone. I even tried to take my life once, but I failed.’

When she was about four, they dumped her on the street. For years she survived on scraps. As she grew older she was saved by a Hijra community. She has been living with them since, under the guidance of a guru or mentor.

Given the non-provision of public housing, many transgenders disowned by their families live under the guru-chela system, where the gurus provide them shelter in exchange for a small portion of their earnings.

‘Struggling to manage meals twice a day, we usually return home hungry. Without a ration card it’s difficult for me to access free grains. For over three months we have spent our days begging for food, and unfortunately we won’t have any until the pandemic ends,’ says Manju Kinnar.

She is primarily engaged in badhai, giving blessings on auspicious occasions.

People have preconceived notions of transgenders, which makes them judgemental towards their children being one. Children come out to their parents hoping for support, but are often misunderstood. This fragile parent-child relationship often leaves the child with no option but to leave their home and find refuge in acceptable places.

According to a recent study on the human rights of transgenders in India, in the last Census they numbered 4.8 lakh, yet only 30,000 are registered with the Election Commission.

Unofficial estimates suggest there may be 50-60 lakh transgender Indians, but most keep their identities secret to avoid discrimination at the hands of cisgenders.

‘Earlier I worked as an LIC agent but now I have no job. It hasn’t been easy for me to find another job. Moving to Delhi with the intention of leading a good life left me with no source of livelihood,’ says Gopi Debnath from Assam, a 25 year old begging on the streets of Delhi Gate for the last few years.

Debnath says that even though she is educated she faced rejection because of her identity.

Most of the transgenders I met did not have an identity proof. In the moment of the deep COVID crisis, they are facing an identity crisis which is excluding them from humanitarian assistance.

‘Once, I was down with a fever which required immediate medical attention. I went out in search of physicians along with a friend of mine, and surprisingly, we found a hospital in our neighbourhood. After doing the prerequisites, we waited for hours before I was called in the cabin.

‘Unfortunately, the doctor refused to treat me because of my identity. With no option left I went straight to a pharmacy and requested them for some fever tablets and got some. Finally, I went back home and in three days I was fully recovered,’ shares Chandni Kinnar.

In a country with the world’s largest biometric identity system, an estimated 102 million people do not have an Aadhaar card. A report by the Dalberg consultancy says Aadhar excludes one in three dishoused Indians and over a quarter of third gender citizens.

Among transgenders, studies worldwide have shown they suffered higher rates of anxiety, stress, trauma, depression, and economic and social instability even before the pandemic. This is connected to a higher incidence of suicide, self-harm, and substance abuse including cigarettes and alcohol.

Already made a vulnerable group by grave stigma, now the pandemic has taken a further deep toll on trans people.

They are one of us, and deserve to be treated with respect and dignity.

Therefore educate yourself more, sensitise your family and friends to be trans friendly.

Till then the dark reality remains that their individuality is still made a mockery. 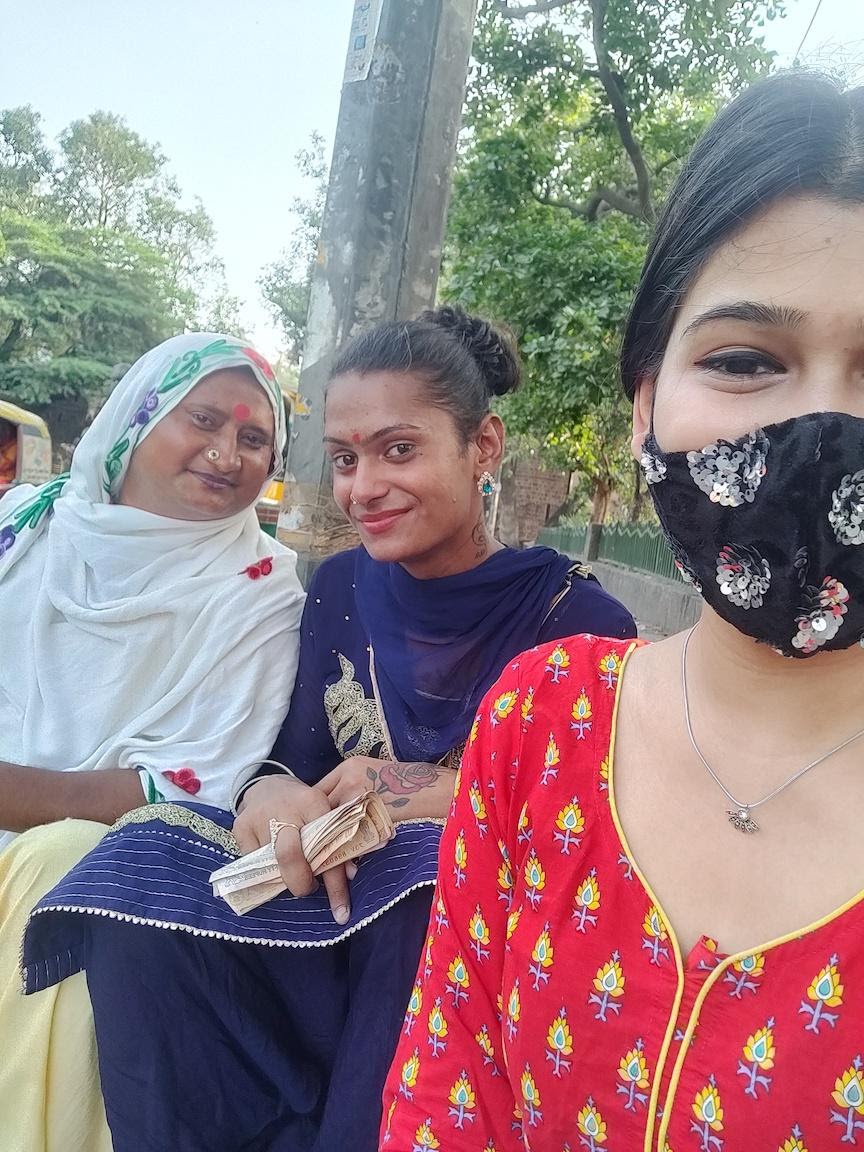 
Tanya Rana is a postgraduate student at the Indian institute of mass communication, Radio and television journalism, New Delhi

You can read part 1 here