‘What is the Caste of the Culprit? Only Then One Decides their Anger’

A nine-year-old girl, from a Dalit family, was allegedly raped, murdered and forcibly cremated on Sunday in Purani Nangal village in Delhi.

The young girl’s mother had sent her to fetch water from a crematorium near the house. When she did not return even after an hour, the mother went to look out for her only to find her lying dead. Her lips were blue, her hands bruised, and her clothes wet.

The family say they were told by the crematorium priest not to file a complaint with the police as they would try to sell the young girl’s organs.

The family allege that a priest and three others attacked the 9 year old when she had gone to fetch water. Her mother has also alleged that she was threatened when she objected to the cremation without consent.

Since then, various political leaders from Delhi including chief minister Arvind Kejriwal and opposition leader Rahul Gandhi have visited the deceased girl’s parents.

While Kejriwal announced financial assistance of Rs.10 lakh for the family, Gandhi assured them of every possible help and support.

“If the culprits had been from a different religion, they would have taken to the streets. Because she is a Dalit’s daughter, Dalits will have to fight this fight on their own.

“Neither the women’s organisations would go, nor the Hindu groups would go. Prime Minister, Home Minsiter, President won’t tweet, because caste is the biggest truth and cannot be dismissed,” said Ravan.

Azad explained how “One gets angry after getting to know some details. First, to find out what the caste of the girl is. Then, when you get to know the caste, then there is sub caste. Then, what is the caste of the culprit. Only then one decides their anger.

“Anger is there in the community that has been harmed. Not even a single women’s organisation went there. All the political parties who have gone are simply blaming one another.”

According to the National Crime Records Bureau, in 2019 an average of 10 rapes were perpetrated on women or girls from oppressed castes every single day, as recorded by police.

The 9 year old from Purani Nangal was found dead after she went out to fetch water. Water availability is also a caste issue, a paper by the National Campaign on Dalit Human Rights explains.

“Dalit women population is the worst affected with the lack of access to water and sanitation. A Dalit woman will have all the burden of household work in the family.. They will be the one who faces verbal and physical abuse from the dominant caste and they will be under constant threat while collecting water from public wells and taps.”

Former Rajya Sabha member and CPM leader Brinda Karat in a letter to Union Home Minister Amit Shah says that she and her colleagues met with the parents of the young girl, and describes the “illegal” actions of the Delhi Police.

Recalling the heinous assault and murder of a 19 year old in Hathras, Uttar Pradesh, Karat writes:

“[In Hathras] the police themselves cremated the victim. Here the police refused to act in time. Secondly, instead of helping the family who were in a state of shock, the police detained them in the thana for several hours. This is inhuman and totally illegal.

“Third, the family was not given the FIR until there were protests from the community. Also, the police did not use the correct sections including those under POCSO [and] the Prevention of Atrocities against SC/ST Act.”

“It is indeed regrettable that you have not intervened yet in this case although the Delhi police are directly under your Ministry. My request is that you kindly ensure that justice is done.” 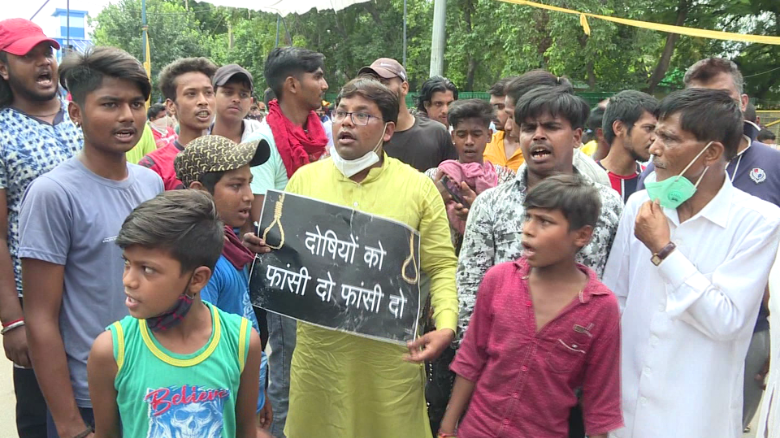