Colombo: In March this year, the Sri Lankan cabinet decided to abolish the Quazi courts which are Islamic Shariah courts adjudicating marriage and divorce disputes among Muslims. The Quazi courts were to be substituted by family courts. But if family courts could not be established, cases could be taken up by the district courts, the cabinet said.

However, these decisions are yet to be implemented. According to Justice Minister Ali Sabry, the conservative Muslim lobby headed by the All Ceylon Jamiyathul Ulema (ACJU) is dead against ending the Quazi court system.

They also will not countenance women as Quazis adjudicating disputes under the Muslim Marriage and Divorce Act (MMDA), which is the Quazi’s assigned task in Sri Lanka.

But Muslim women’s rights activists want women to be appointed as Quazis. They want litigants to be allowed to appeal to the mainstream courts system in the country. They also want the Ministry of Justice, which appoints the Quazis, to ensure that the Quazis (male or female) have formal legal qualifications to enable them to proceed and judge in a proper way.

Shreen Abdul Saroor, a doughty campaigner for Sri Lankan Muslim women’s rights, wrote in 2016, that while the MMDA itself facilitates discrimination against women, the exclusively male Quazi courts sharpen the blow on women.

The male Quazis also lack the kind of gender sensitivity needed to handle females’ issues with finesse, she asserted.

A survey conducted by Saroor’s Women’s Action Network (WAN) found that half the women interviewed on their experience in Quazi courts felt that they did not get a fair hearing and that their privacy was not ensured. Women were uncomfortable speaking to male Quazis on issues relating to intimate relationships. Open hearings only made this worse.

Muslim theologians have been divided on the issue of appointing women as Quazis from the earliest times in Islamic history. A section has strongly argued that there is nothing in the Quran and Hadith explicitly barring women from becoming judges, while another has held that there is enough material to justify a ban.

The two sides have been presented by Mohammad Ismath Ramzy and Simin Ghavifekr, researchers at the University of Malaya’s Department of Education in their 2019 paper: Women Quazi in a Minority Context: An Overview of Sri Lankan Experience(see: https://ideas.repec.org/a/gam/jsoctx/v9y2019i1p13-d202205.html).

Ramzy and Ghavifekr found no explicit verses in the Quran and Hadiths allowing or disallowing women Quazis. But down the ages Islamic scholars have interpreted verses as per their understanding, with the result, female Quazis are found in some countries and not in others.

Muslim countries like Malaysia, Sudan, Egypt, Tunisia, Yemen, Bangladesh, Pakistan, Indonesia and the Maldives allow qualified women to preside over Shariah courts. In India, where the Muslims are a large minority, there are female Quazis.

The 73rd conference of the National Fatwa Committee Council of Malaysia held in April 2006, ruled that a woman could be appointed as a Shariah court judge, but barred from hearing Hudud (criminal) cases and Qisas (retaliation) cases.

Sri Lanka does not have Shariah courts, but Lankan Muslims go through marriage and divorce as per the Muslim Marriage and Divorce Act as adjudicated by the Quazi courts

According to Ramzy and Ghavifekr, decisions on allowing women to be Quazis were taken in accordance with a basic principle of the Shariah that “all things are deemed permissible as long as there is no Shariah text that prohibits them.”

They also point out that: “Scholars who allow women judges are not required to provide any evidence to support their view. But their opponents need to provide evidence to prohibit the appointment of women as judges.”

However from the 13 th.Century to modern times, the dominant tendency has been to bar women from becoming a Quazi. Muhammad Abdul Qadir Abu Faris (b.1956); Al-Shiekh Salam Bin Fahd al-Awdah (b.1955), Abdul Majid Al-Zindani (b.1942), the former President of the Fatwa Committee, Al Azhar University, and Mustafa Siba’I (1915–1964) have been among the objectors to women being made Quazis.

Scholars who oppose the appointment of women judges consider men to be the protectors of women. They feel that women are subordinate to men based on the interpretation verse 4:34 of the Quran. From this verse is derived the principle that the guardianship of women should be given to men.

Men are seen as financial providers. They are also considered to be intellectually better equipped to handle complex issues. Ramzy and Ghavifekr say that the opponents of women judges support their position with several Hadiths that deny women’s superiority over men.

In response to these arguments, the supporters of women being judges show that the said Hadiths could be interpreted differently. In regard to verse 4:34 of the Quran, they argued that this verse contained instructions and guidance in family disputes, and that these could not be interpreted to mean a general subordination of women to men.

Mohammad Fadel (2011), who studied the Hadith: “Never shall a folk prosper who has appointed a woman to rule them” said that this Hadith did not reject female leadership in the judiciary. He argued that citing this Hadith to refuse to appoint women judges would be inappropriate. His argument might be further expanded to point out that women’s leadership in many other walks of life is willingly accepted by men.

It is also pointed out that the Prophet Mohammad (PBUH) appointed Samra binti Nuhaik Al-Asadiyyah as the administrator (Muhtasib) of commercial law, an area where the violation of rights and potential for transgression in business ethics were high.

Samra continued to be in the position during the reign of the first two Caliphs: Abu Bakar (R.A) and Umar (R.A) also. Similarly, Caliph Umar appointed a woman, Al-Shifa Binti ‘Abdullah (Laila), to administer commercial law. Aiysah (R.A) and other women distinguished themselves in different areas of social leadership at that time.

Scholars who supported the appointment of women Judges laid emphasis on non-gender attributes and qualifications for being appointed a judge. According to Ramzy and Ghavifekr, scholars of the Hanafi School allowed women judges to administrate Shariah Law except in Hudud (criminal cases) and Qisas (retaliation cases in penal Law referring to corporal punishment).

Today, when the performance of girls in Sri Lankan schools and universities is often better than that of males, and when women hold a wide range of responsible positions in the government, why put a gender bar on the post of Quazi, ask Ramzy and Ghavifekr. 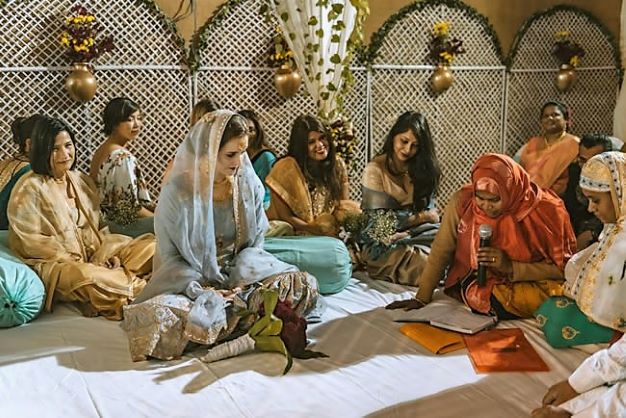