‘There is no safety’

“We believe that sexual violence is being used by those from dominant castes and positions as a weapon to assert power and reinforce existing caste hierarchies. Dalit women and girls are often subjected to more severe or aggravated forms of sexual violence, such as gang rapes or rape with murder, and there is commonly a collective nature to these crimes, with offenders from dominant castes acting in groups to commit offences.”

In a recent report the National Council of Women Leaders, a coalition of women activists from marginalised communities across India, make recommendations for assemblies, governments and constitutional commissions to end sexual violence against Dalit women and girls.

Coming less than a year after four Thakur men tortured, raped and killed a young Valmiki woman in Hathras, Uttar Pradesh, and the police cremated her body in complicity, the report notes that “little has changed as a result” of public outrage.

It notes that the gang rape and murder of a nine year old Dalit girl in Delhi earlier this month only recently led police to charge a Hindu priest and three others for the crime.

And that when five men attacked a 15 year old Dalit girl in Belagavi last July, her family only recently reported it to the police as they “had been threatened by the accused”.

These cases represent just the tip of the iceberg, says the NCWL report based on ground research in several states.

“We have not seen an active role of the state in providing either justice or dignity,” founding member Manjula Pradeep told The Citizen.

The recommendations “are important as it is the state’s responsibility to ensure that the community, especially the girls and women from the Dalit community are protected.”

Pradeep said that governments in the States and Union should invite them and listen to what they have to say.

Besides changes to the police and courts the report calls for educating and reforming “non-Dalit communities and men” on the disproportionate violence of caste crimes, and women on the recourse available.

“The problem with existing awareness programs is that they do not address the issue of intersectionality. Looking at gender sensitization, caste issues and how Dalit women are affected does not get addressed properly,” said Divya Srinivasan of Equality Now which collaborated in the report.

“The awareness program should be regular as well. One program at the police academy or right at the beginning is not sufficient. We need to have follow-up programs.”

The report demands measures to protect and support women and girls who survive casteist sexual violence, and those working to support them. It calls for suo moto (automatic) inquiry into every such case by a National Human Rights Commission given the power to make legally binding reforms.

“When there are cases of sexual violence by dominant caste men on Dalit women or girls, their economic and social reality sets a societal pressure on the survivor and the family which is very high,” said Srinivasan. “In many places the family is forced to leave the village, especially when they chose to pursue the legal and justice process.”

“Immediately after such a case is reported the girl’s education is stopped or they are married off,” said Pradeep. “There is no safety.”

The report includes these recommendations.

“Appoint appropriately trained and gender- and caste-sensitised women police officers as Deputy Superintendents of Police in violence-prone districts so that they can efficiently handle cases of violence against Dalit women and girls.”

“Disaggregate all criminal, economic, social, and political data on the grounds of gender, sex, and caste. Based on this data, present a periodic white paper in Parliament on the realisation of the rights of Dalit women and girls.”

“Create a separate [police] cell to be headed by Scheduled Caste and Scheduled Tribe officials for dealing with atrocity cases under the SC&ST PoA Act.”

“Reconstitute all protection mechanisms and monitoring committees for Dalits with mandatory representation of Dalit women from Dalit and women’s movements, as well as non-governmental organisations working with Dalits.. to monitor the registration of cases of atrocities.. and the subsequent conduct of State and non-State actors”.

“Address the violence not only as an issue of law and order but also as a socio-economic issue, in recognition of the fact that economic dependence and poverty is a significant reason behind Dalit women not filing police complaints against the violence they face from dominant castes.

“Interventions to address violence should be holistic, including preparing a national perspective plan with separate funding aimed at accelerating efforts to reduce the gap in poverty levels between Dalits and the general population, within fixed time-bound targets”.

“Develop and implement specialised programmes for awareness-raising and training at all levels of police officers, judges and prosecutors, village council representatives and bureaucrats with regard to the situation of Dalit women in general and violence against Dalit women in particular, as well as to eliminate casteist and sexist stereotypes.

“The focus of the training programmes should be on the reasons for and purpose of enactment of special laws to protect Dalits, providing thorough knowledge of the SC & ST PoA Act (including the 2015 amendments) and the specific problems linked to the gender-specific nature of crimes these women face, as well as the caste-based nature of crimes.”

“Implement, support, and fund programmes to educate Dalit women and girls about their legal rights, including information about the rights under the SC & ST PoA Act, community-based education, legal literacy campaigns, and trainings aimed at increasing knowledge and understanding of the causes, consequences, and mechanisms of violence against women in general and Dalit women in particular.”

“Initiate processes to challenge discrimination based on caste, sex, and gender by encouraging regular dialogue and sensitisation among non-Dalit communities and men.”

“Fast-track the effective investigation and trial of all cases of sexual violence against Dalit women and girls, ensuring that judgment in these cases be pronounced within four months from the date of reporting the atrocities in accordance with applicable law.”

“Ensure that criminal cases are filed against officers who tamper with evidence, protect accused persons from the due and fair process of the law, or work to support persons accused of sexual violence/criminals.”

“Grant powers to relevant national human rights institutions to enable them to make legally binding recommendations and establish an independent complaints and monitoring mechanism to redress the discrimination and violence inflicted against Dalit women.”

“Ensure that Dalit women and girls who report violence are protected from retaliation by the accused and their supporters and from the perpetration of renewed violence against them through social boycotts and imposition of restrictions”.

“Provide adequate support to minor Dalit girls who have survived sexual violence to ensure that they continue their studies and live a dignified life.”

“Establish special services for women victims-survivors of violence so that they can benefit from professional assistance of psychologists, doctors, lawyers, marriage counselors, etc.

“This would include special units or procedures in government hospitals and primary healthcare centers to help identify women victims-survivors of violence and to provide them with counseling without discrimination.”

“Ensure state level authorities providing legal services offer these services to Dalit victims of sexual violence promptly as and when required, and that the lawyer accompanies the victim-survivor from the very day that the case is registered.”

“Perpetrators of sexual violence and abuse know that they are less likely to face punishment if they commit a crime against members of the Dalit community because such attacks are rarely investigated or prosecuted.”

“Recognise Dalit women as a distinct social group rather than subsuming them under the category of general women or Dalits, and accordingly develop and implement activities with a specific focus on Dalit women’s rights within the broader framework of the national agenda for the empowerment of Dalit women and girls.” 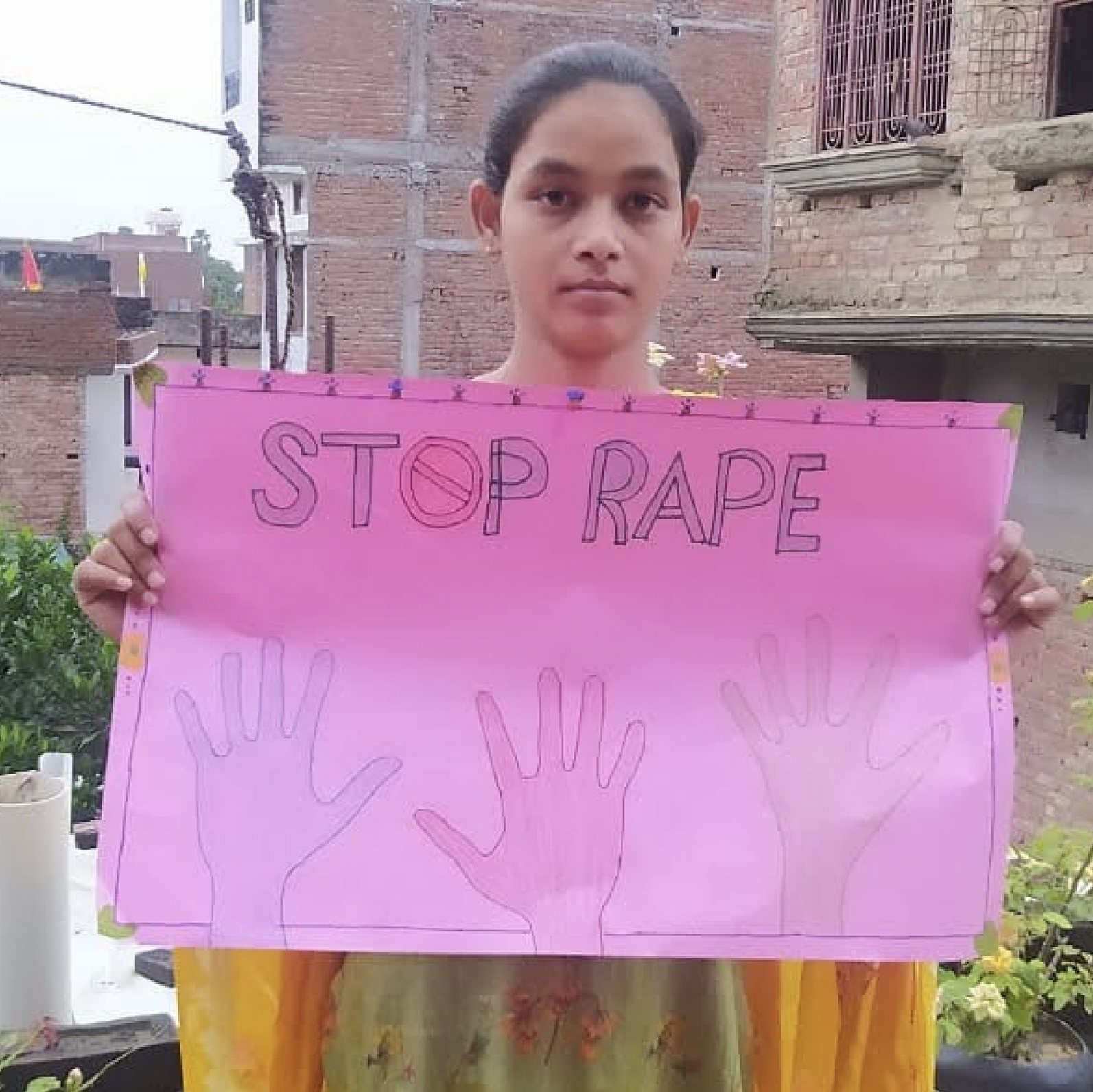