“Whose child is it?” Madhavi was asked when she sought an abortion alone at the age of 26. As an adult woman she did not need anyone’s consent to have an abortion. And she did not need to disclose the father’s name. “The medical staff made it look like they need the name of the father just so they can make me feel bad. I definitely felt judged.”

During her first CT scan, Madhavi* was surprised by the heartbeat growing inside her. “Will you keep the baby now?” the medical staff asked her again, to guilt her into keeping the foetus. “I had to tell them that is not happening. It is a tough decision, and when the medical staff intrudes in a way they should not, it makes you feel like you are doing something wrong.”

Madhavi has had a pregnancy scare earlier too. When she went to a renowned doctor, she felt humiliated. “Why are girls these days doing all of this,” the doctor told her. She kept asking her about her sexual history and number of relationships. “I didn't even try to go to a renowned hospital because this time I did not know how the doctor would react. I only went to a local hospital on a friend’s recommendation,” she tells The Citizen.

Abortion was legalised in India through the Medical Termination of Pregnancy (MTP) Act of 1971, which legalises abortions from a registered medical practitioner for a foetus younger than 20 weeks. Those below the age of 18 must provide written consent from a guardian to get a legal abortion in India.

This 1971 law was amended recently in 2021 to extend the period to 24 weeks in special cases. These special categories however are not yet specified in the law. The 2021 amendment also specifically mentions that the act is applicable to unmarried women, according to consultant embryologist Dr Prateek Makwana, and provides for “extended MTP services for women in cases of failure of contraception irrespective of marital status.”

Despite its limitations, the law identifies the basic right to abortion. Many countries are trying to move to where India is today in terms of abortion rights, according to Brotiti Dutta, advocacy adviser for the Centre for Reproductive Rights, though we have a lot ground to cover in terms of creating a supportive infrastructure to enable safe abortions.

“There is still a huge stigma around abortions. There is no public or personal discourse related to it. We need to ensure that what the law guarantees is accessible to a larger population,” says Dutta.

Further, “Our medical practitioners are not equipped to deal with premarital sex or adolescent sexuality. There needs to be comprehensive medical training as well as sexuality education. It is high time that as a society we tackle that.”

If performed timely, abortions are considered one of the safest surgeries. But a lot of gynaecologists prefer not to take an abortion case, and ask patients to go to another doctor instead so they won’t have to go into the details of the MTP Act, according to Prateek Makwana.

The taboo amongst doctors discourages patients from consulting a medical professional. “Many times, patients try to call me and ask for over the counter drugs so they don’t have to visit a gynaecologist. But that is unsafe, and patients should be able to see a gynaecologist in person without the fear of judgement.”

Patients also prefer going to less well known, more discreet doctors to get an abortion. Many a time these practitioners are not equipped to perform abortions safely. “We get patients who have suffered due to unsafe abortions or are suffering from the side effects all the time,” said Makwana.

Abortions at a later stage, say after 22 weeks need approval from at least two doctors before the pregnancy can be terminated. A lot of pre-existing conditions also need to be taken into account before the surgery can be performed, including diabetes which can increase the risk of bleeding if not taken into account.

In their medical training, doctors in India are not taught how to approach patients when they come to seek an abortion, according to obstetrician gynaecologist Dr Divya Vora.

“Doctors often find it awkward to have conversations around sexual health with patients” as a result. “The medical curriculum needs to teach doctors how an MTP is conducted and how the counselling for the same is done,” she said.

“A certified person who is qualified to do an MTP needs to teach future practitioners about the law, and the practice of approaching the patients with a non judgmental view. We need to be shown the real world.” 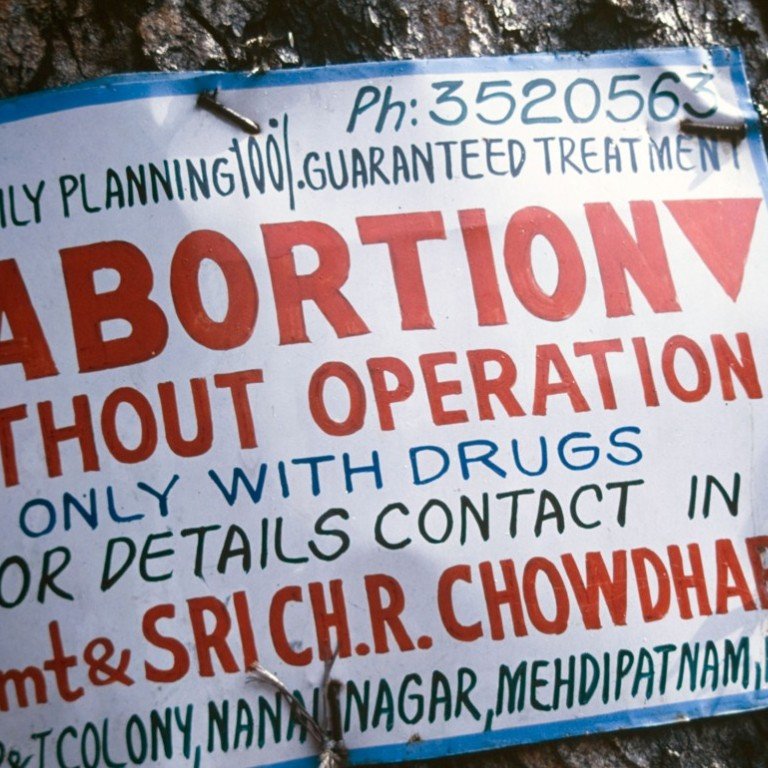