NEW DELHI: Acid attacks take place all over the world. They are particularly brutal in their intent -- as they aim not to kill the victim, but to disfigure them and thereby, to condemn them to a life of suffering. A vast majority of these victims are women, and a majority of such attacks take place in South Asia. India, Pakistan and Bangladesh have the dubious distinction of having the highest number of acid attack incidents in the world.

The motivation of the attacks also follows a pattern. In an analysis of cases reported in the print media, 34% of the incidents cited rejection of marriage or refusal by women of sexual advances as the cause of the attack. Land and, property, and/or business disputes accounted for 20% of acid assaults in India from 2002 to 2010.

Acid attacks fit squarely into the reality that is violence against women, but take on a uniquely brutal character as the victim’s disfigured face is a constant reminder of the horrific attack, bringing with it a social isolation that compounds the trauma.

French photographer Zacharie Rabehi profiles four women who are victims of the horrors of acid attacks. Here are their powerful stories. 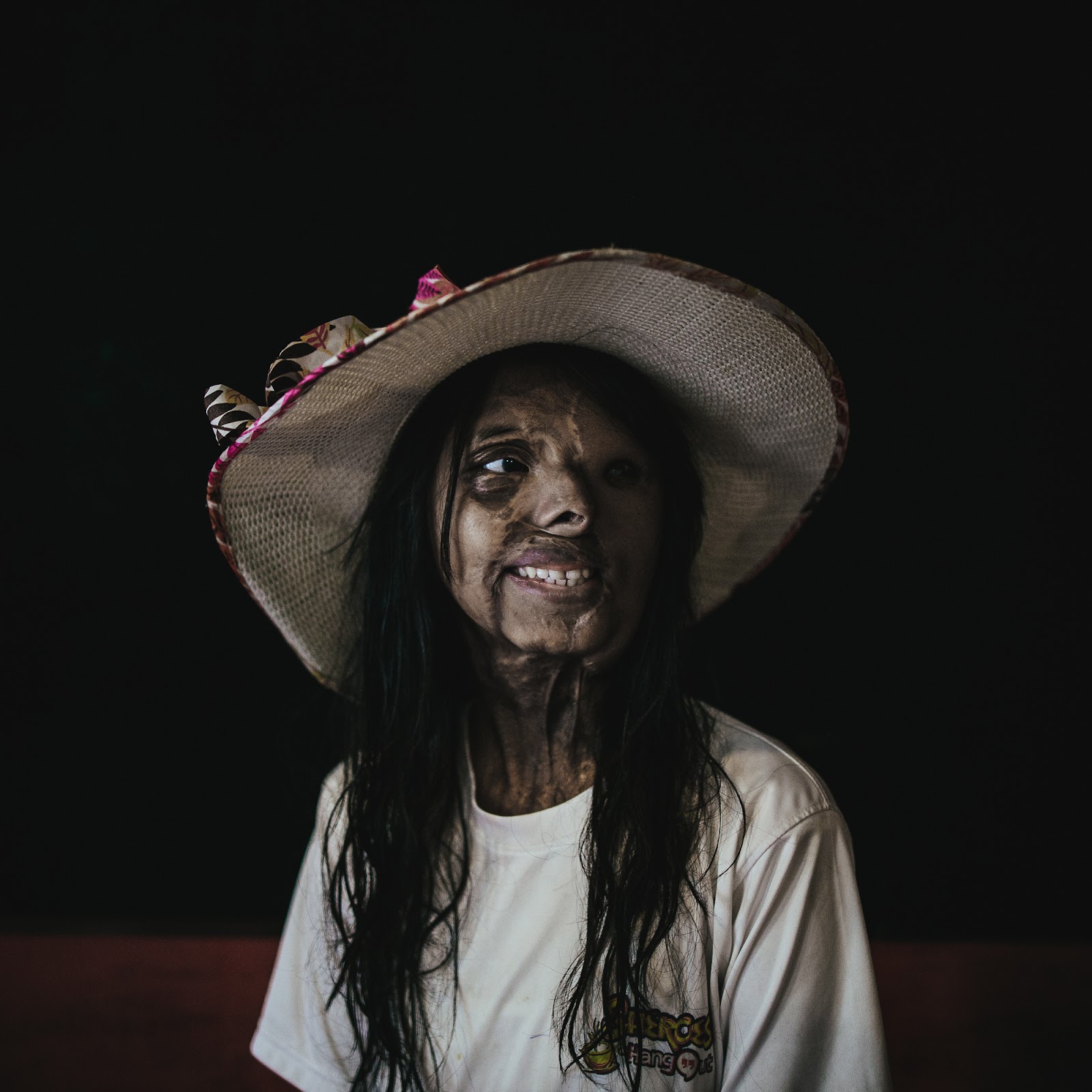 Shaboo faced an acid attack when she was just one month old resting on her mother’s lap. She is still unaware of the reason… the question “why?” remains unanswered. The attack killed her mother and sentenced her father to jail. Her brother was adopted by an aunt, who refused to take Shaboo in because of the stigma associated with victims of acid attacks.

Shaboo was adopted by an orphanage Ashram in Mumbai, where she received the emotional and financial support to graduate college.

"It is very difficult to live in an orphanage," Shaboo says. 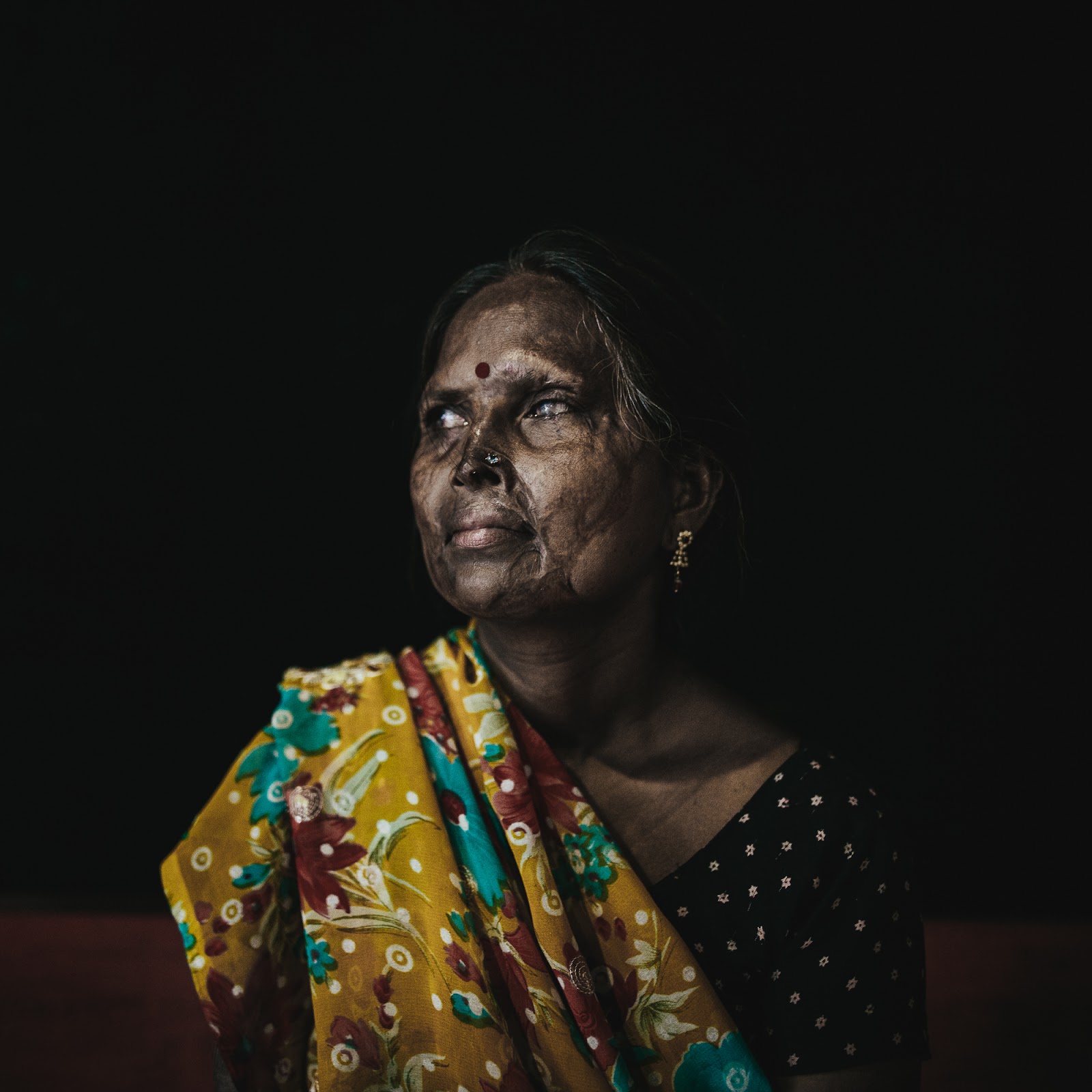 Geeta was lying on her cot, her two small daughters cradled at each side. The night was like any other for the 23-year-old mother living with her husband and her in-laws in a slum in Agra, India. But Geeta knew something was wrong.

Things with her husband had become unusually tense after the birth of her daughters. Geeta felt it had something to do with her husband desperately wanting a son -- as many Indian men do. The lack of a son could mean that he would lose his rights to family assets, which could be claimed by other family members.

The beatings started around that time. Often, he would come home drunk and physically assault her.

Tonight, though, the house was quiet.

Geeta shut her eyes and tried to go to sleep. In an instant, her face was consumed with unbearable pain. Her daughters were screaming.

Geeta’s husband had thrown acid on all three of them as they slept.

Despite the pain, Geeta rushed herself and her daughters to the nearest police station. She still remembers every detail of that night, more than two decades ago, that changed the course of her life.

Weeks later, one of her daughters succumbed to her injuries and died. The other daughter, Neta, then 3, would grow up in shameful isolation, without a face and nearly blind. 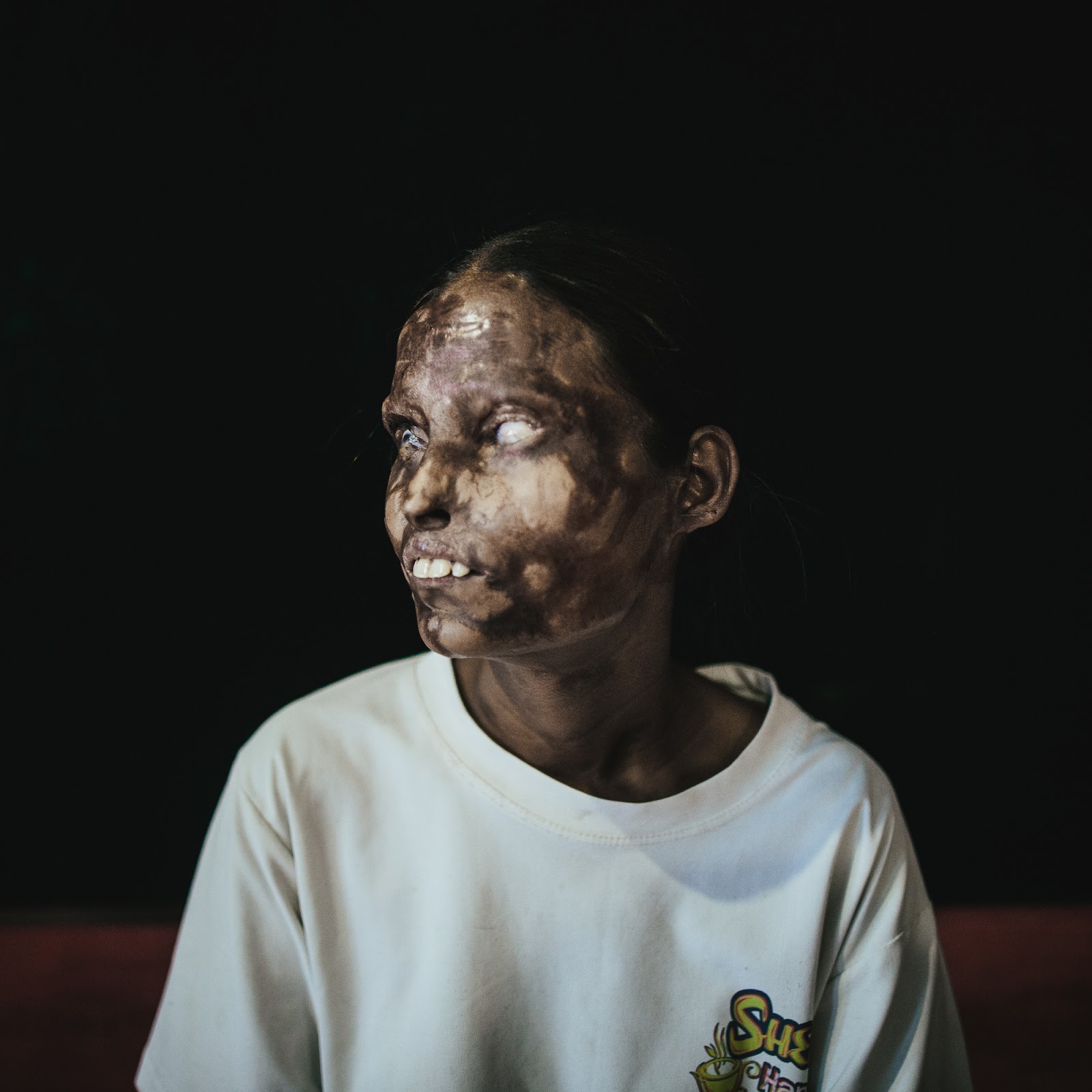 Out of sheer fear, Geeta dropped all charges against her husband, welcomed him home, and had a third daughter, Poonam. The women have spent the past two decades living in fear that he will attack them again. Poonam says that she, too, has constant nightmares of her father.

"He threatens to attack us and kill us," she says. "Whenever I think of what happened, I feel awful. I even begged my mother for surgery to give my sister one of my eyes.” 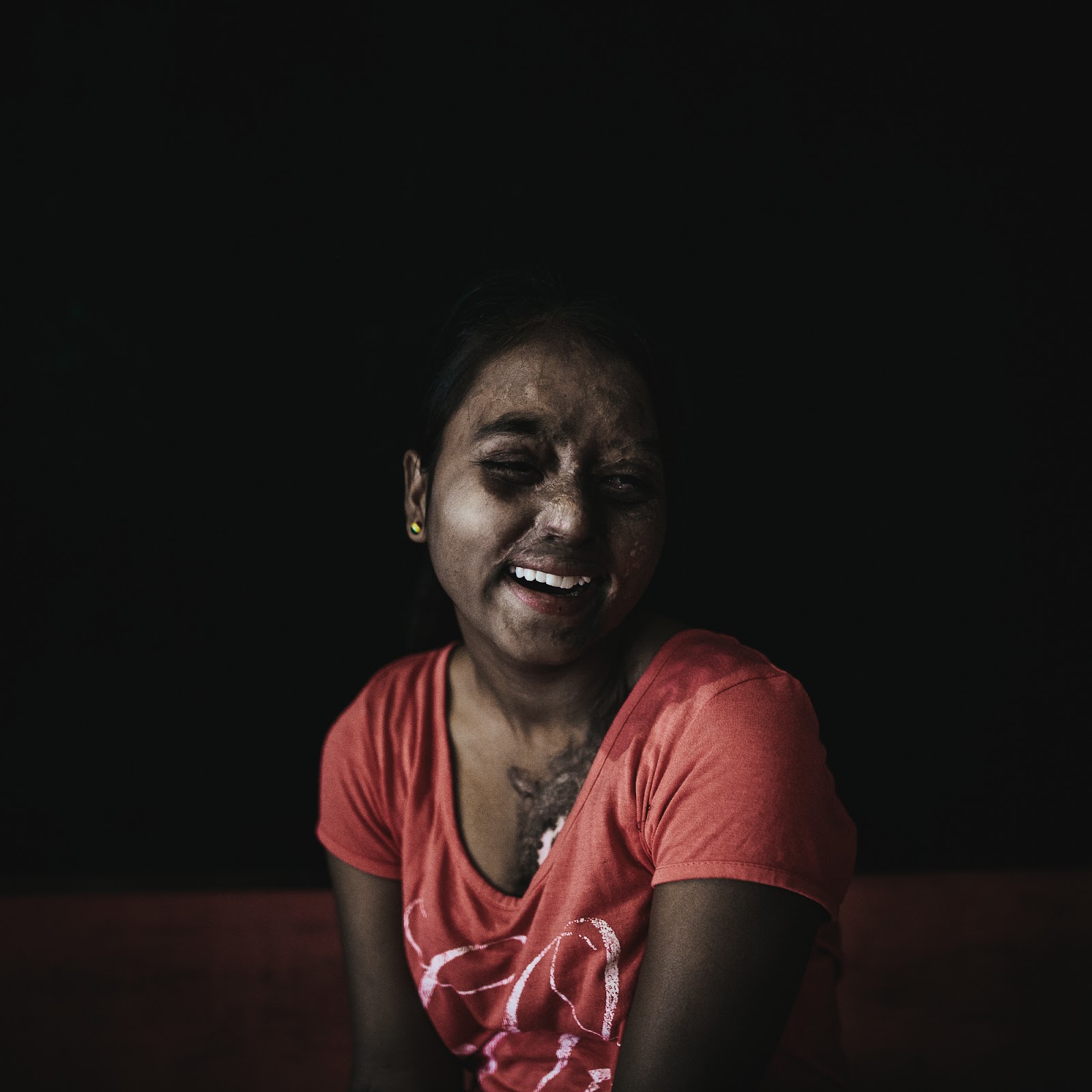 Fourteen-year-old Dolly survived an acid attack a year-and-a-half ago. Her attacker, 25-year-old Pradeep, had been pressuring her to enter into a sexual relationship with him.

Dolly lives with her parents and four siblings live in a rented home at Sultanganj ki Pulai. Her mother works as a domestic help, and her father is a house painter. Dolly has not yet received any relief or help from the administration, and all the expenses in her treatment since the attack have been borne by her family. Despite treatment, her nostrils remain disfigures, causing her crippling problems with her breathing.

"You and your family say you want to marry me. You keep on giving false statements in court... Since the day of attack, I imprisoned myself. You don't have a clue how I coped. My elder sisters stopped going to school, got married early. I stopped studying. I kept thinking it was all my fault. I forgive you. In the past, sometimes, I have wondered how it would be to empty a full bottle of acid on you. My hands would tremble... You burnt my face, but not my will to live. You can't throw acid on that. I will fight this case in court, not only for myself but for other girls, so they do not lose their courage before people like you," Dolly writes in a statement addressed to her attacker.

(Zacharie Rabehi is a French photographer. His work can be seen on www.zacharie.rabehi.com)