Israel said its navy escorted the vessel ashore and that the takeover was brief and “uneventful.”

“The Israeli military said the navy carried out the raid ‘after exhausting all diplomatic channels,’” the Associated Press reported. “It said forces ordered the boat to change course, and when it refused, they boarded and searched it.”

The single-vessel Women’s Boat to Gaza, which set out from Sicily last week, was carrying 13 women activists in a symbolic attempt to break Israel’s naval blockade on the Gaza Strip.

Sondos Ferwana, a spokesperson for the activists, told a Turkish news agency that the capture of the boat was “another act of Israeli piracy.”

The Women’s Boat to Gaza group released a pre-recorded video statement made in case the boat was intercepted.

“If you’re listening to this, then you will know that myself and all the women who sailed on the Women’s Boat to Gaza have been arrested and are in detention in Israel,” Maguire says in the video, which can be viewed above.

The Women’s Boat to Gaza Twitter account published photos of solidarity protests in Spain as news of the boat’s capture reached activists.

Previous solidarity boats to Gaza have been intercepted and their passengers detained in Israel and deported. 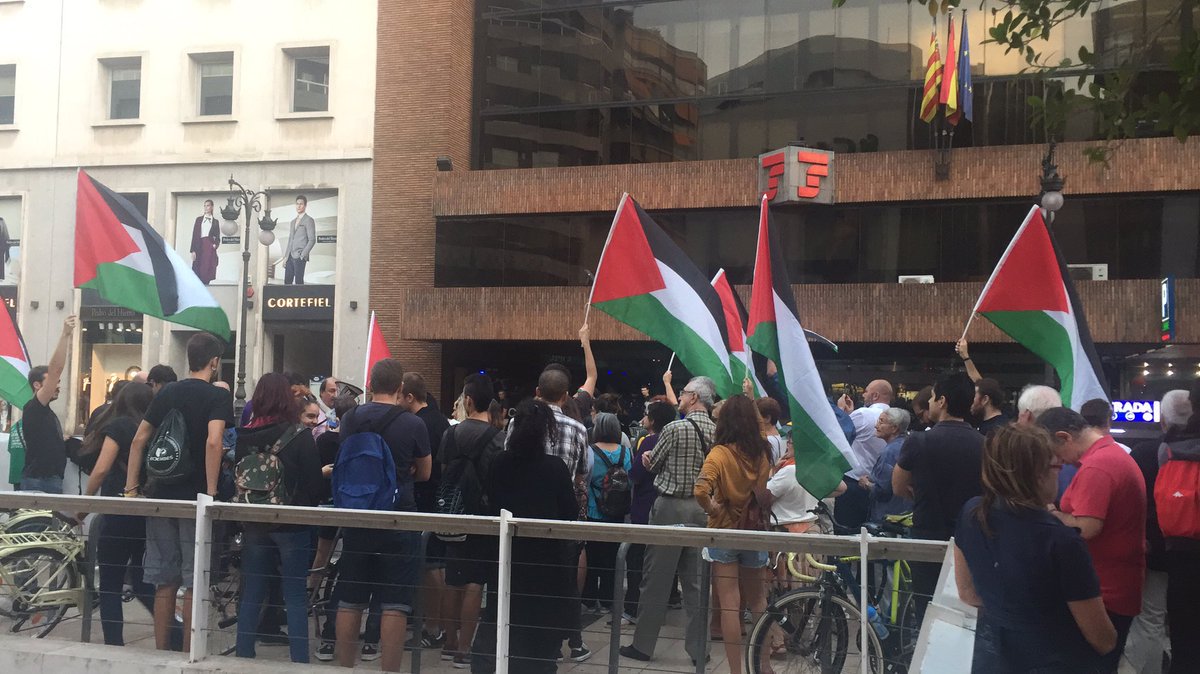 Eight Turkish nationals and a US citizen were killed in May 2010 when Israeli forces stormed the Mavi Marmara boat that was part of the Gaza Freedom Flotilla.

A tenth Turkish victim died from his injuries in May 2014.

In January, four individuals filed a lawsuit against Israel in US federal court over the raid.

The plaintiffs, three of them US citizens, were aboard the US-flagged Challenger I when it was intercepted and raided by the Israeli army.

Israeli fighter jets hit a training ground reportedly belonging to the Qassam Brigades, Hamas’ military wing, as well as a naval police headquarters and agricultural land. A Palestinian health ministry spokesperson said that there were no injuries.

The airstrikes came after a rocket fired from Gaza landed in Sderot, an Israeli town near the northern boundary with Gaza. A Salafist group in Gaza reportedly claimed responsibility for the rocket fire. No injuries were reported.