The Fashion Of Resistance

This year, fashion weeks across the world have been flooded with political overtones. Several designers used the hijab on the runway, making a statement that was as political as it was fashionable. Anniesa Hasibuan teamed the hijab with flowing, mesmerizing gowns… At a time when America is in the throes of a controversy arising out of President Donald J. Trump’s executive order restricting the entry of people from seven predominantly Muslim countries… the hijab finding centre stage at the country’s most important fashion week sent a powerful message.

Others were more in your face, with revolutionary slogans plastered over t-shirts. Christian Siriano paraded graphic tees with the statement “People are People”. Alice and Olivia echoed the “Be the change you wish to see in the world” and Prabal Gurung’s clothes reiterated that “We will not be silenced”. 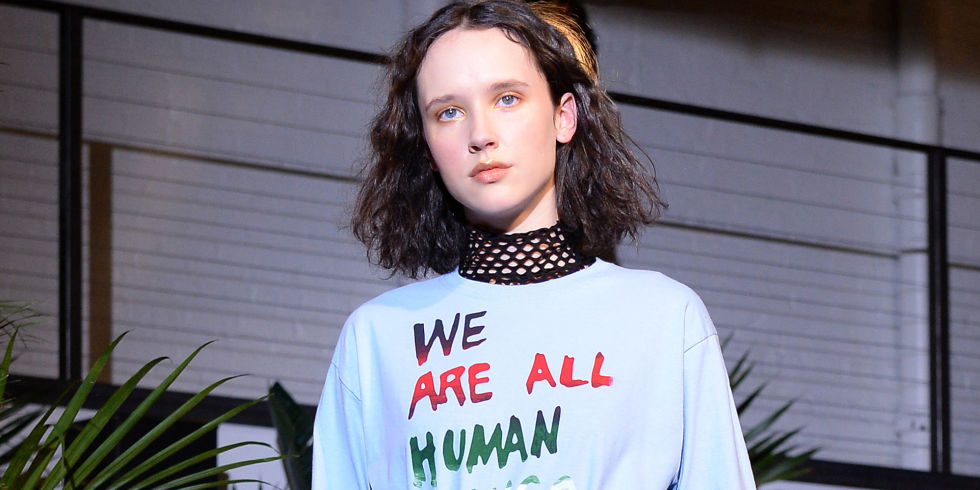 Elsewhere, women’s suits made a comeback -- the likes of what Hillary Clinton wears. The runways also saw military undertone, underlying perhaps the need for continued resistance and fight.

In May last year, Karl Lagerfeld took the Chanel cruise show to Havana -- a move that meant something when seen in the context of the opening of Cuba under the Obama administration in the US. Of course, with politics comes controversy, and Chanel was slammed for the decision as the average wage in Cuba is about 25 USD a month, and Chanel did “zero business” in the island nation. Nevertheless, fashion is often more about making a statement than practicality -- and Lagerfeld most certainly achieved that by ensuring the global 1 percent focussed all its eyes on Cuba for that brief time. 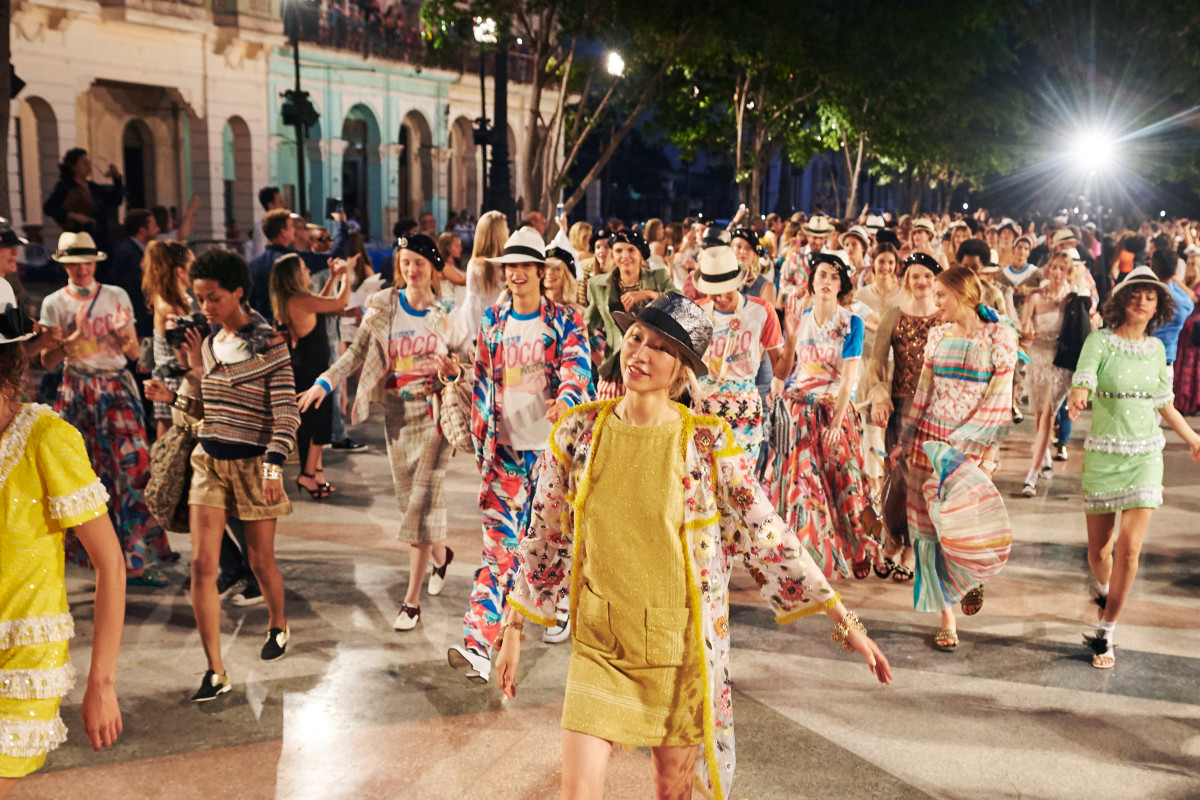 Back in Europe, fashion and politics intertwined as Brexit dominated all cultural, political and economic life. At the London Men’s Wear show, Daniel W. Fletcher staged a sit-in outside the official show site and dressed his protesters in “stay” hoodies and t-shirts, whereas designers Sid Bryan and Cozette McCreery put on slogan tees to take their post show bows.

In the states, W.N.B.A. teams swapped official uniforms and kits for tees that paid homage to the Black Lives Matter movement. Around the same time, Hillary Clinton and her pantsuits were making a huge political and fashion statement -- as Clinton became the first woman to be a major party nominee for president. Vogue’s Anna Wintour followed the politics-cum-fashion trend when at a benefit for Clinton at New York Fashion Week she chose to wear a dress designed by Jason Wu featuring a mosaic of the different states in varying shades of blue.

But fashion and politics share a history far longer than that of Fashion Weeks 2016 and 2017. Diana Vreeland once said, that “you can see the approaching of a revolution in clothes.” The statement may not seem like much, but I was reminded of it when looking through my father’s photographs from the 1960s and 70s. Bellbottoms and flared shirts, iconic sunglasses and shaggy beards -- the flower children may have seemed peaceful, but they symbolised resistance like no other generation. I remember, as I child I asked my father why he chose to dress like that. “Because it used to annoy my parents,” he said. Parents, of course, represented the status quo -- as they often still do. As a teenager, I often wore clothes that they disapproved of, and although I didn’t at the time realise I was making a political statement, my choice of clothes was a silent yet confrontational way of protesting against the traditional mindset that prevailed during my growing up years. 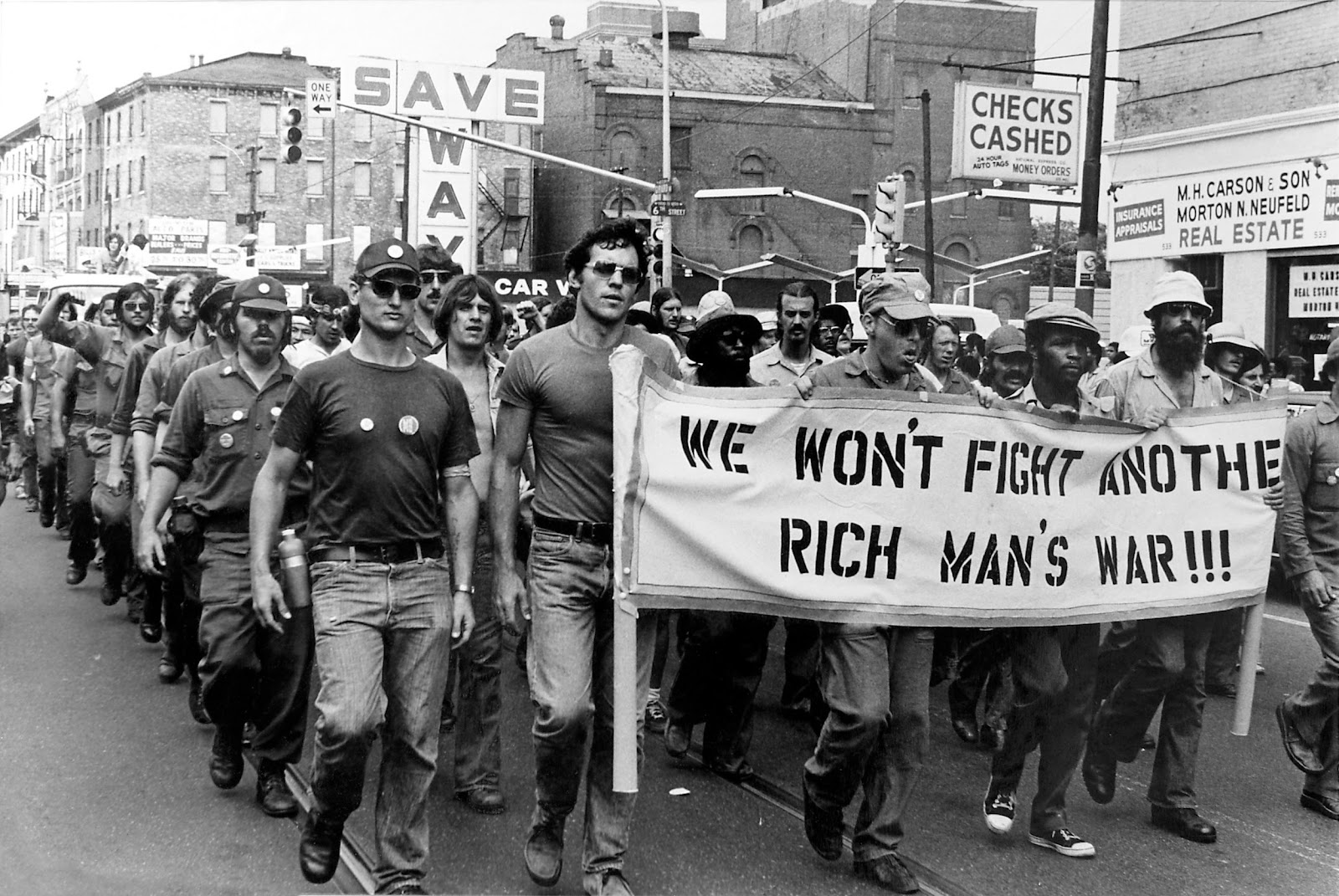 What we wear may have political significance at a personal level, but this is all the more true when seen on the larger scale, through various moments in history. Take any period in history, and the clothes people wear usually serve as more than just a sartorial choice. In India, the decision to wear jeans with a tee means something -- especially when seen in the context of the self professed moral police who have attributed everything from violence against women to ‘degradation of Indian culture’ to those garments. In the same vein, politicians choosing to wear saffron are making a political statement, as are those who don the Gandhi cap.

To go further back, the entire khadi movement has political overtones -- as the cloth became a symbol of resistance in the time of colonial rule. A woman wearing a khadi cloth spun sari, or a man dressed in a khadi kurta pyjama, were not just wearing clothes -- they were part of a larger movement of resistance. 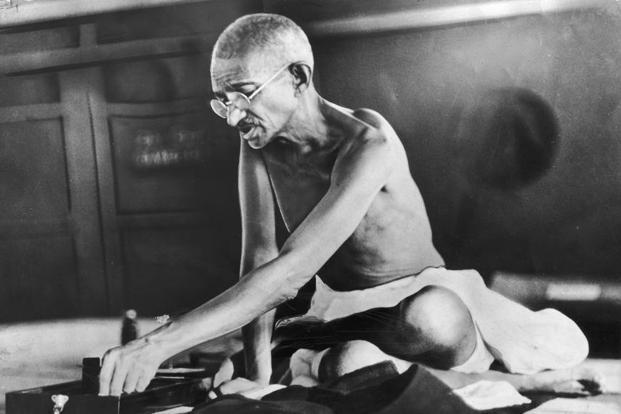