NEW DELHI: Can a rooftop café serving Italian and French cuisine along with a beautiful view overlooking the iconic Qutub Minar get any better?

Located a few minutes away from the Hanuman Mandir in Lado Sarai, this food joint commences services at around 5 in the evening and hosts guests till before midnight. Decked with warm lights, potted plants, quirky posters and good music in the background, the place has a welcoming vibe to it.

This quaint café is currently run by Sambhav, a trained chef and an LGBTQIA+ activist and his gay partner who hails from Italy. 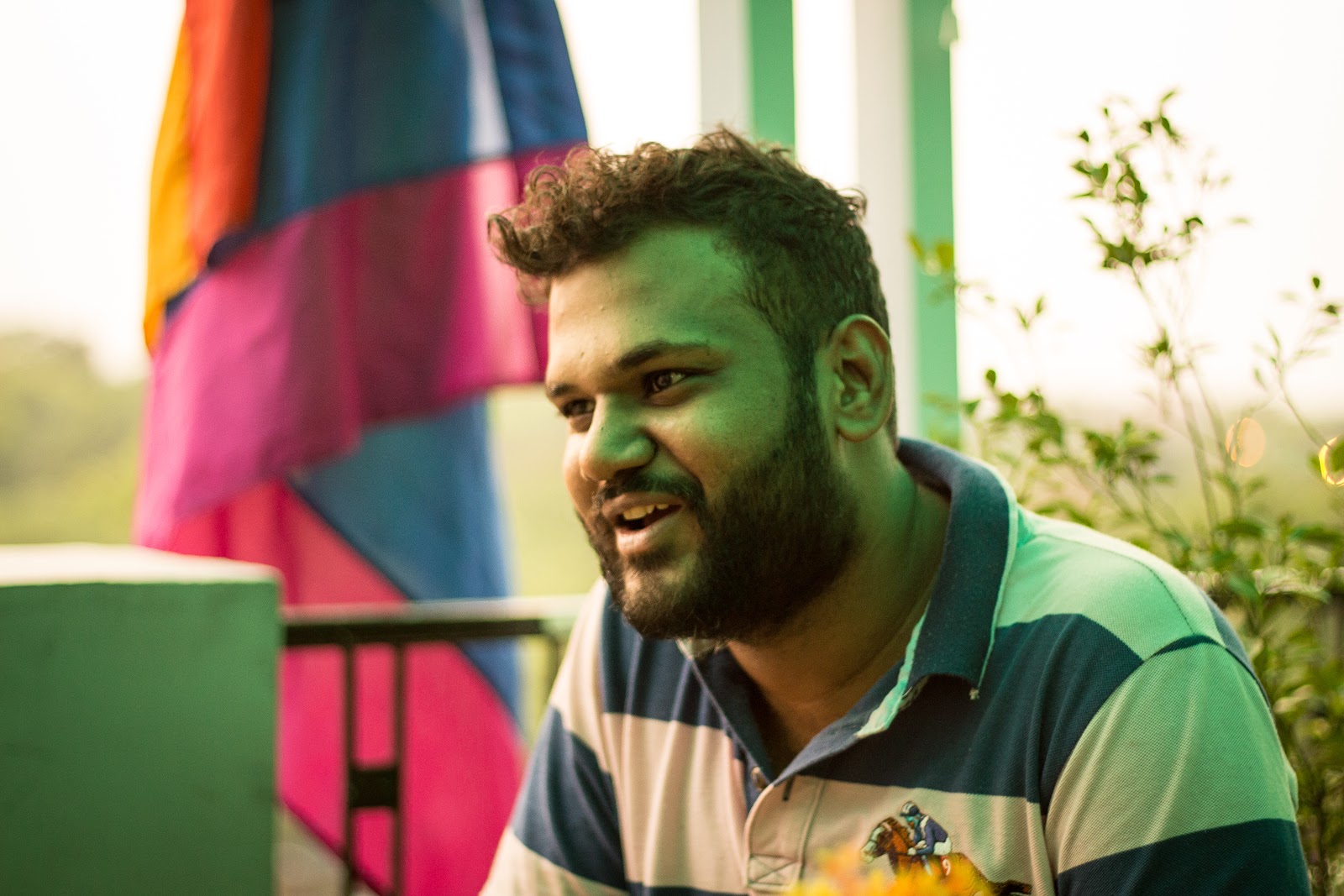 “We are buying this place, renovating and renaming it to Q- Café in about a week’s time,” said a hopeful Sambhav. On weekdays, an average of five customers is expected but a footfall of 50 is anticipated during weekends.

The turnout has been gradually picking up since April and the café owners expect to break even by July. With no aims of making this a franchise, Sambhav admits that the place is under-staffed. He and his sous chef, Pashang at the food counter, his Italian partner preparing mocktails and another kitchen assistant is all the crew that the café currently has. “There is no other waiter here other than me. I am behind the counter before service starts and take orders once people start coming in,” he chuckled. 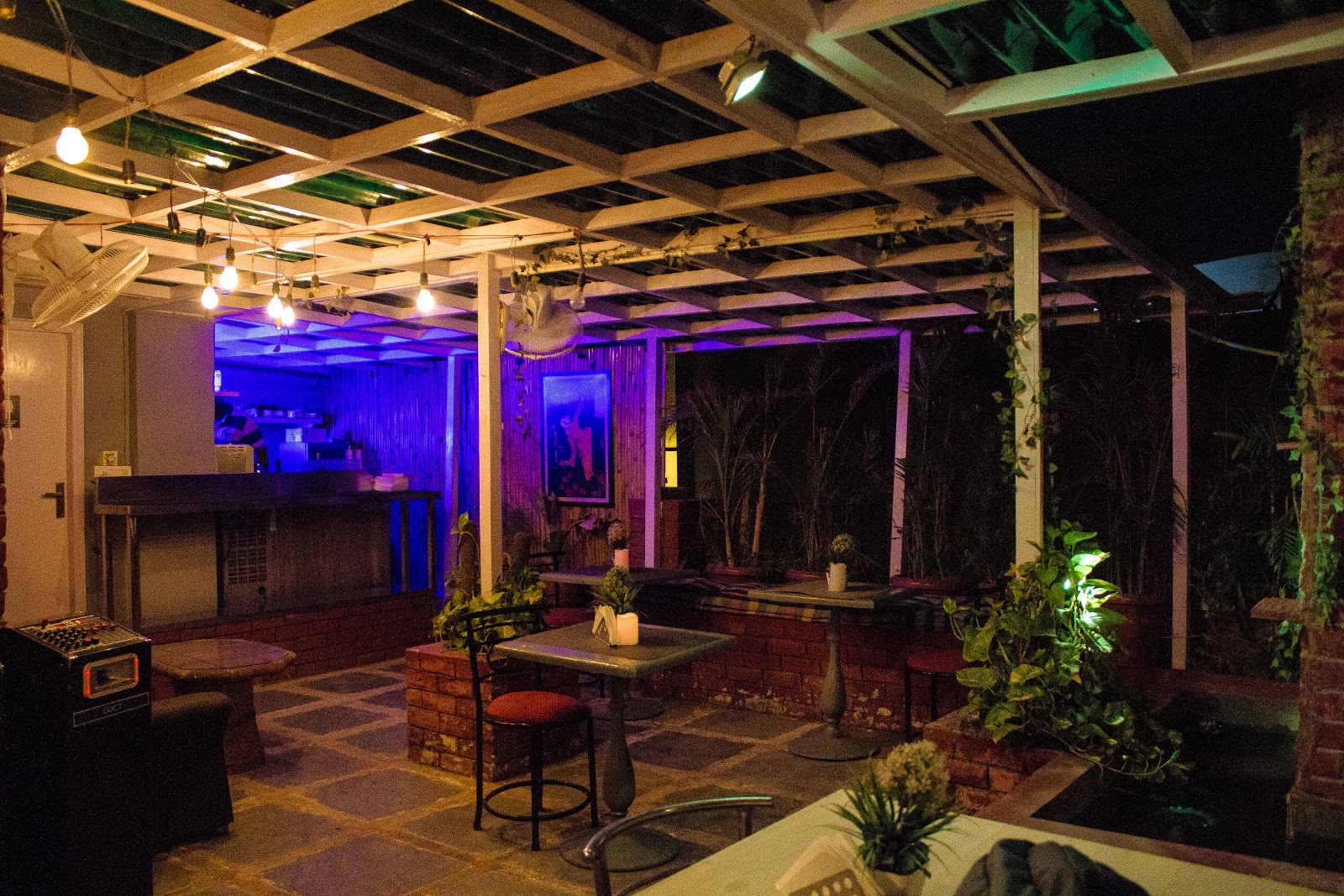 Although there is no signboard for the café, the rainbow flags over the parapet interest a good number of people while others show up through word-of-mouth publicity. The café has not faced any hassles as of now but is ready to tackle any homophobic or transphobic issues. “As of now, being gay is criminalized but only if you’re caught in the act. No one can penalize any member of the community for coming to my café and being themselves,” Sambhav elucidated. 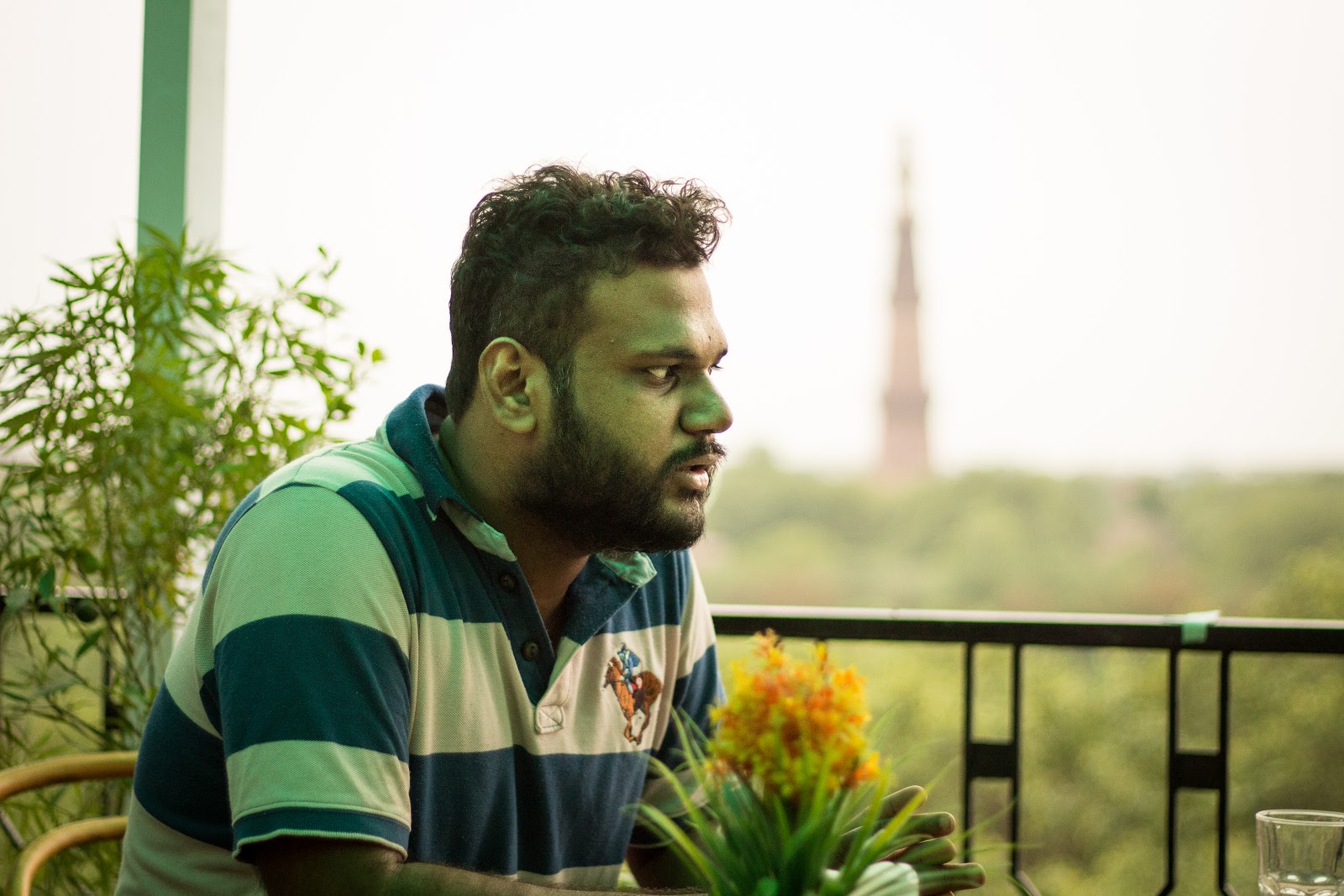 Several queer people have brought their straight friends or colleagues and come out to them at this safe space. “In a country like ours, homosexuality is either thought of as demonic or treated like a foreign concept not just in the rural region or suburbs but even in urban locales,” deliberated Sambhav. He has often spoken to straight as well as queer folk regarding their queries related to the community. The café ensures not to entertain customers who ridicule or discriminate against the LGBTQIA+ community. A queer-friendly group of professionals including doctors, lawyers, counselors and other allies is being constituted to help those who come out at the café. 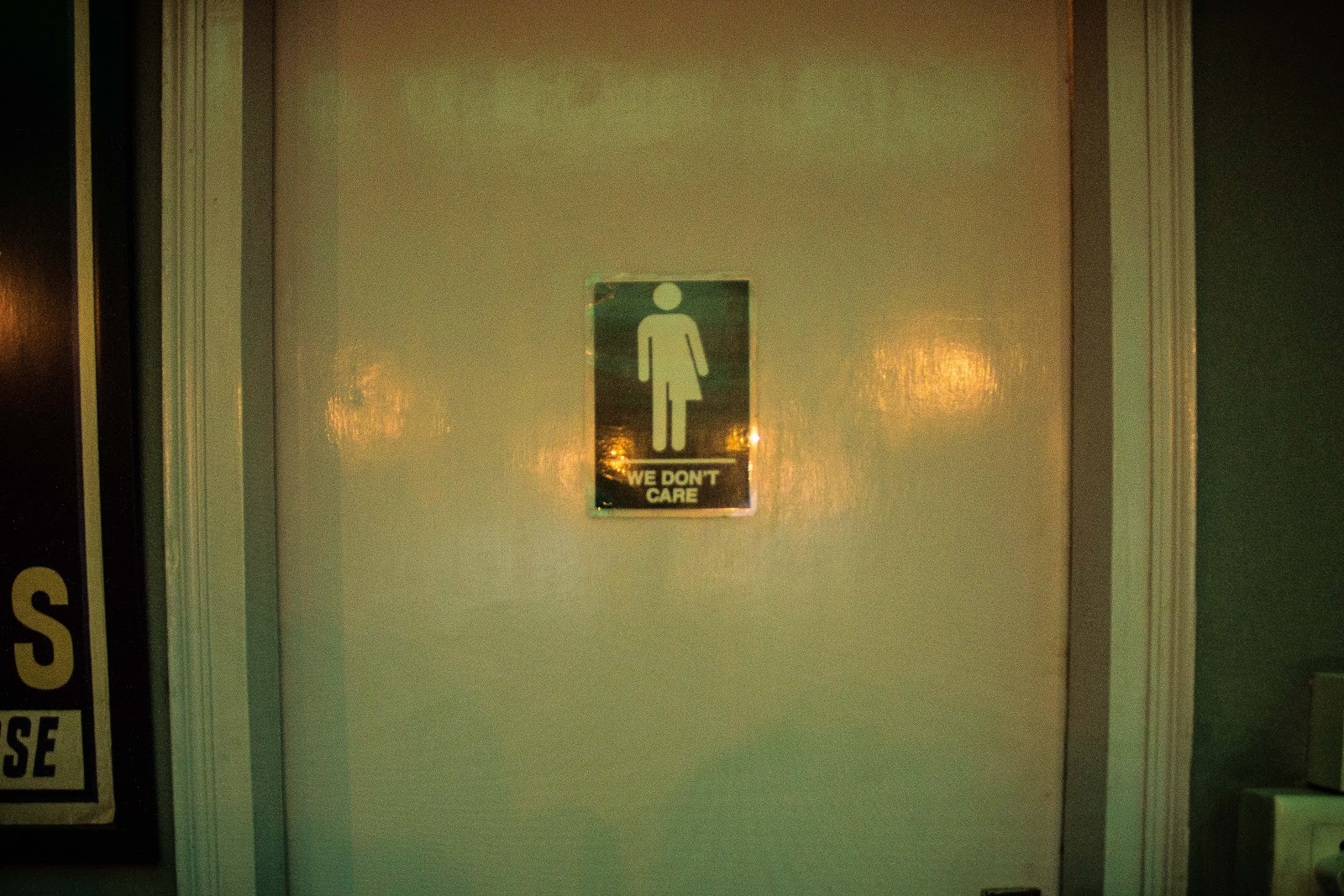 Their witty, nonchalant unisex bathroom sign is the café’s own little way of treating all their customers alike.

Playing host for queer poetry, open mic and other art events, this café encourages the community members to freely express themselves. ‘The Vagina Diaries’ was one such event by Delhi-based NGO Haiyya to discuss sexual reproductive rights for cis-gender women. “Our events often stand for liberation of women within the community. A gay man might not understand a lesbian woman’s problems. Gays at least have access to a night life in this city whereas lesbians scarcely enjoy this privilege. The café also wishes to create a safe space for women in general. We are also planning to dispense free menstrual cups and sanitary napkin for all women to thank them for their support,” he mentioned.

Discussing his future plans, Sambhav said that he’d be calling over his mother to host a parents’ session for queer youth and their guardians to openly query and resolve their issues.