NEW DELHI: It was a thrilling Sunday, as India and Pakistan faced each other in not one but two action packed games. The two countries played both the ICC Champions Trophy finals and the Hockey World League semifinals. In the days leading up to Sunday, all eyes were on the sport of cricket, with most of us unaware that a hockey game was being played by the two countries on the same day.

Twitter was full off chest thumping tweets from both sides, Instagram witnessed shoutouts to fans’ favourite players, and Snapchat gave us a visual insight into the nerves as everyone and their uncle kicked back to watch the biggest sporting event in recent memory. The old India - Pakistan rivalry seemed to have made a comeback, with Indian fans genuinely nervous of Pakistan’s bowling attack. The key to a victory, we were all aware, would be a strong batting start.

The excitement was palpable. 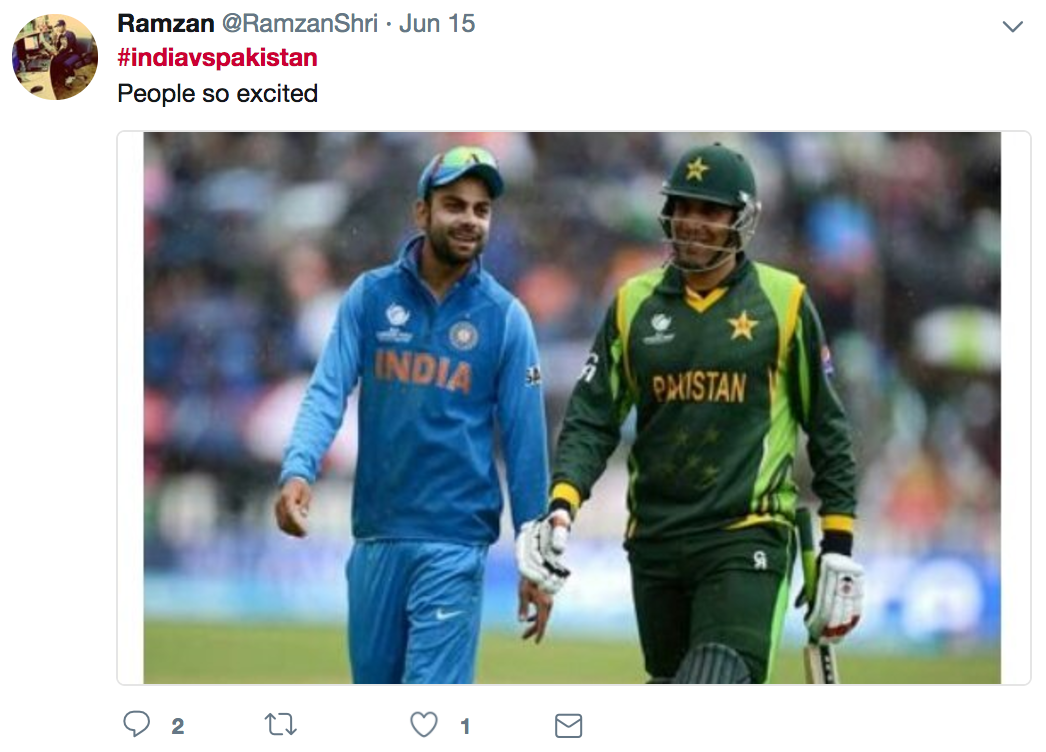 As Sunday approached and the match kicked off, Indians soon realised that not all was right. Fakhar Zaman's maiden one-day international century took the Pakistani team to a total of 338 for four.

An impressive start, but fans at home were still hopeful of an Indian win.

Things quickly turned sour for India, as Rohit Sharma departed for 0 in the very first over. And before we could begin to recover from the early loss, main man Virat Kohli went for five. As Yuvraj Singh came to bat, India closed the seventh over at 22/2. A 339 target -- all of a sudden -- seemed virtually impossible.

As it became more and more evident that a victory wasn’t on the cards for India, Indian fans turned to another sport -- one that they had erstwhile ignored entirely.

Elsewhere in London, India was doing much better against Pakistan. In fact, India went on to beat Pakistan 7-1 in the Hockey World League semifinals group stages.

Cricket, unfortunately, came to a surprising but less than satisfying end for Indian fans, as Pakistan beat India by 180 runs to win the ICC Champions Trophy.

And thanks to cricket, or rather India’s loss to Pakistan in the cricket final, hockey finally got the attention it deserves. People were suddenly interested in the game, checking scores and posting about it on Twitter.

In the end, sport really is the greatest leveller. 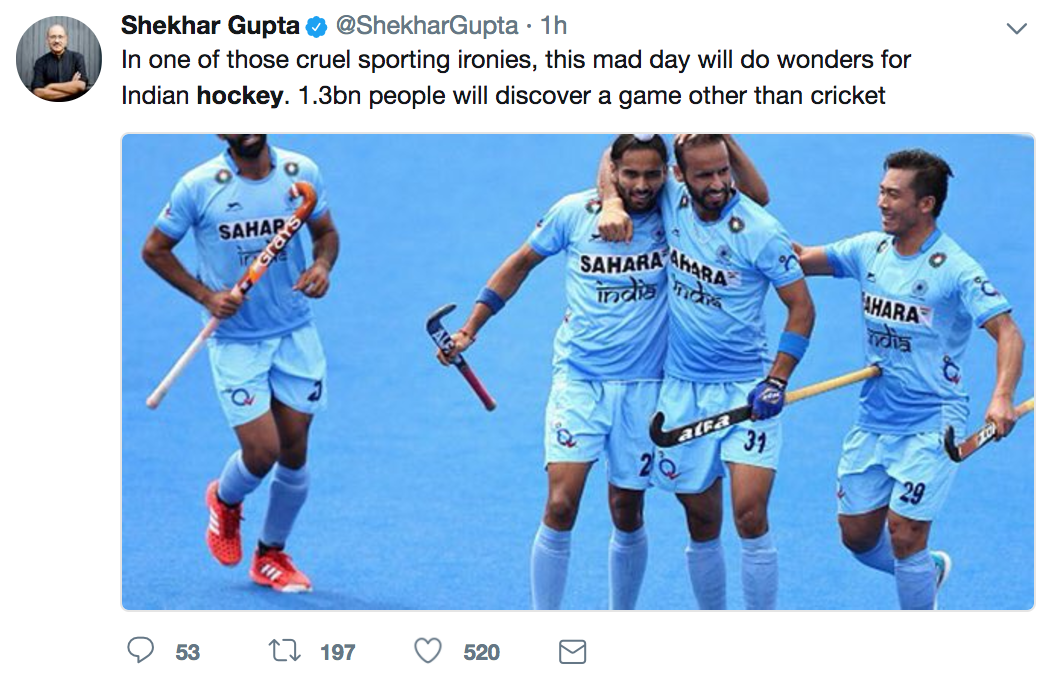