Win or Lose Is Part of Sports, But Not For Some Indians Who Pour Abuse on the Social Media

NEW DELHI: When it comes to cricket, Indian fans have certainly not upheld the spirit and the values that define sports.. There have been repeated incidents of social media abuse targeted at players for poor performance in the past. When India lost to Sri Lanka in the T20 World Cup Final back in 2014, Yuvraj Singh's house in Chandigarh was pelted with stones. Yuvraj scored just 11 runs off 21 balls and was singled out for blame.

In anticipation of similar activities, security was beefed up outside MS Dhoni's residence after India lost the Champions Trophy Final to Pakistan by 180 runs yesterday. So far there have been no act of violence. While one may be inclined to believe that Indian fans have had a change of heart and take victory and defeat in their stride, this certainly not the case. One look at Twitter's trending hashtags or Facebook newsfeeds show the harsh reality. Whatsapp groups are filled with abusive and hateful images and messages.

Fans have found a new avenue to vent their frustration and anger against players who did not perform well in the finals on Sunday with Pakistan. Virat Kohli has been targeted for poor captaincy and his own poor score of 5 runs. Ravichandran Ashwin, MS Dhoni and Jasprit Bumrah have all been on the receiving end of abuse for their performance. But the worst "jokes" of the lot have been reserved for Ravindra Jadeja who is being blamed for the run out of Hardik Pandya. While criticizing players is acceptable, such abuse in the name of jokes makes one wonder what's wrong with cricket lovers in India.

Here are some of the messages and images circulated on social media platforms:

2. There were several sick comments on Jadeja being a Gujarati

3. It didn’t take time for things to get obscene 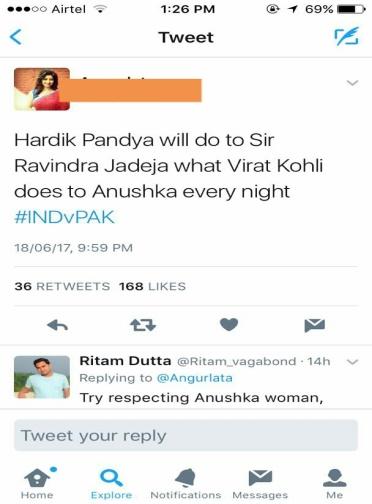 4.Kamaal R.Khan came up with a conspiracy theory 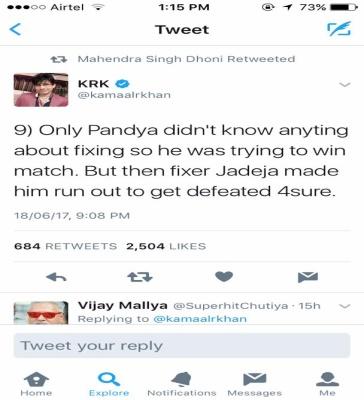 5. Jadeja’s loyalties were questioned too 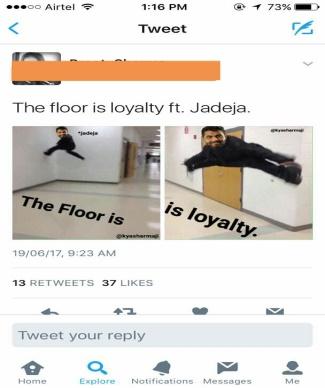 6. A popular page came up with this dartboard and a punching bag with Jadeja’s images 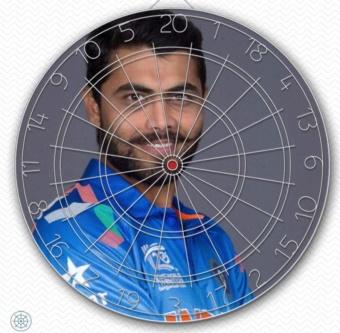 Some of the abusive tweets and messages have been taken down. But it is time to think about how vitriolic we have become. It is, after all, only a sport.