For the last five years, Bilal Ahmad Dar, who is from from Laharwarpora village of North Kashmir's Bandipora district, has been removing plastic trash from the lake and selling it for around Rs 200 per day, which helps him support his mother Mughali and his sister.

Bilal's father Mohammad Ramzan Dar, who was ragpicker himself, was suffering from cancer and died. “At that time I was a Class 6th Student,” Bilal recalls. “When my father died, I had to earn at an early age to feed my mother and sister.” 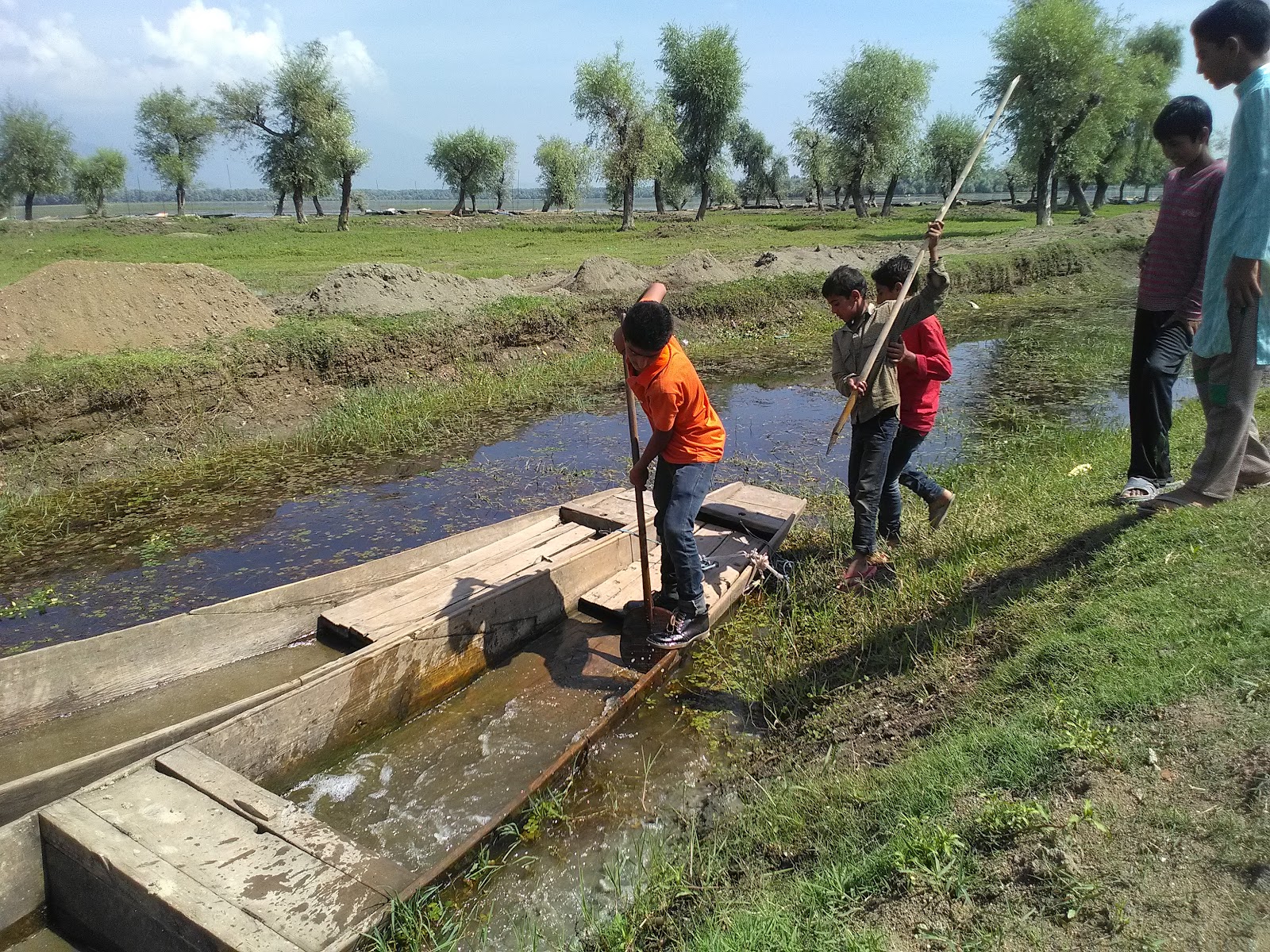 “Since the death of his father, Bilal became the bread earner for us,” his mother Mugli Begum said, added that Bilal collected over 14,000 kg trash per year. “He didn't bear my pain while doing hard work, He abandoned studies to relieve my suffering,” she said.

Bilal, while narrating his story with this Correspondent at his Laharwarpora resident, said there is a lot of trash around Wular Lake. “It poisons water and since it impacts the prospect of tourists and what they think of the lake, I decided to clean it. I’ve been cleaning the lake from the year 2012,” Bilal says, adding that the work earns him about Rs. 6000 every month.

Bilal believes that he’s been largely alone in his quest to clean the lake. “The administration didn’t come forward to support me, and there’s been no section of society that has come up to help me in removing trash from the severely polluted lake.” “I collected plastic and polythene trash to take them to my home and sell them. Of course it fetches me some money. But it also helps in cleaning the Wular. Water has to be clean as we drink it.” “Bilal had to leave his education because we couldn't afford the 900 rupees every month for his fees,” his sister who is married now said.

“There are dead animals floating in Wular. Our environment has degraded. there is every chance you will be violently ill If you drink the water. If I pick out a 100 bottles it helps in regeneration of water, These bottles are full of poison. The Wular gets clean in the process. I often remain in Wular from dawn to dusk. I have to earn so I mostly stay here in Wular. I am selling what I get from removing plastic trash from the Wular for around Rs 200 per day. Some days I don't earn and I have to bear it. Otherwise I feel like drowning myself,” Bilal said. 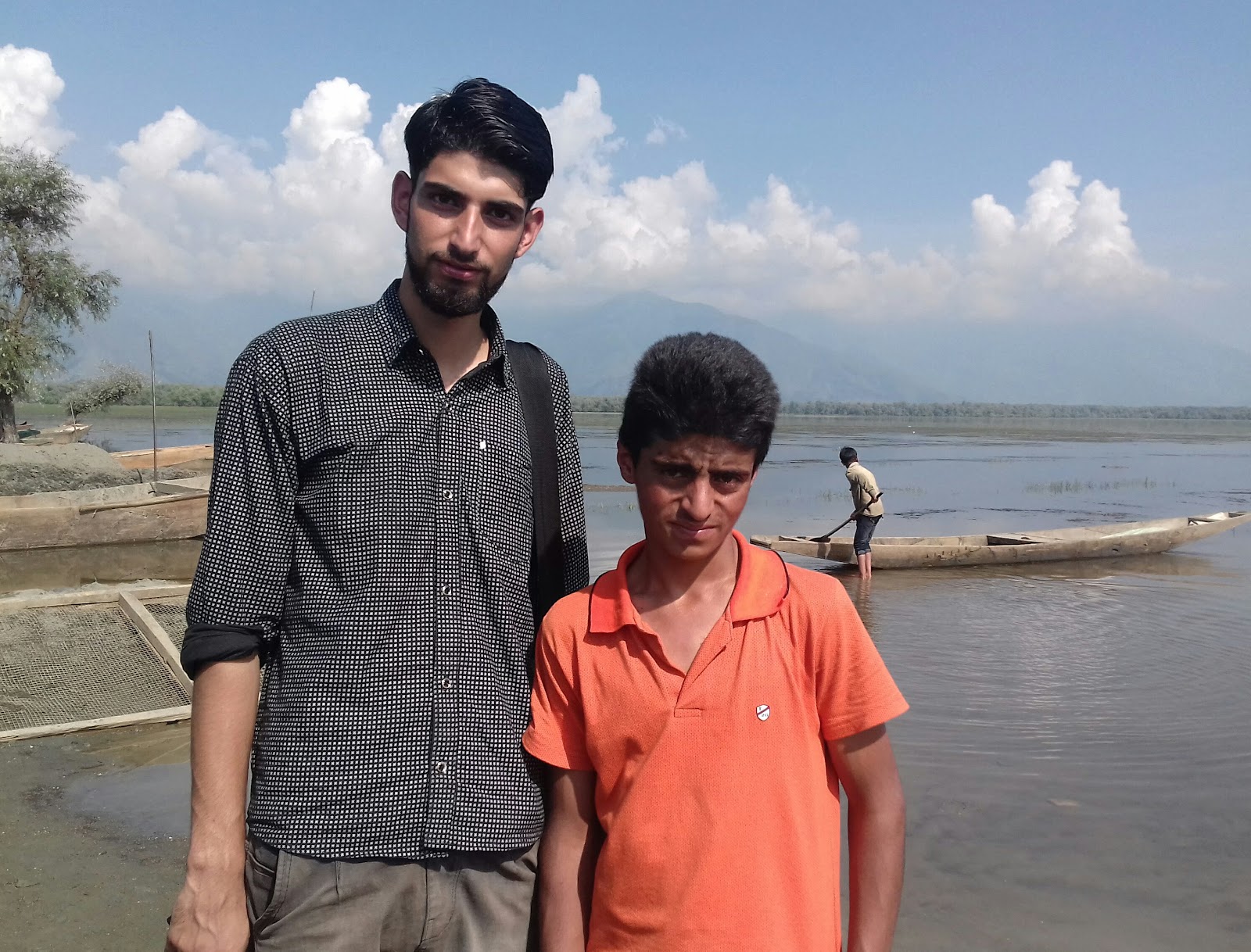 When contacted SMC Commissioner Shafkat khan said that “Bilal is our brand ambassador. Bilal is an inspirational character for everyone. Since last five years Bilal has been earning his livelihood by cleaning the Wular Lake and removing garbage, used bottles and shoes.” Khan said that Bilal will get a special uniform of SMC and a vehicle to visit different areas to motivate people, shopkeepers and commuters to keep Wular clean. He will tell them the story of his life, his work in Wular and he will meet people to sensitise them about cleanliness and garbage disposal.

Billa features in a documentary ‘Saving The Savior – Story Of A Kid And Wular Lake.’ The documentary produced and directed by Jalal-u-Din Baba depicts the life of Bilal. Jalal while talking with this Correspondent said that credit goes to Bilal for his unique way of inspiring the world to care for the cause and for his concern. “He's a remarkable human being, far beyond most of us.”

(The author is a journalism student hailing from Bandipora District)