The bitter memory of India’s loss to Sri Lanka on Independence Day a couple of years ago still lingers. On August 15, 2015 the cricket fraternity was let down by a Virat Kohli-led Indian team on when India was bowled out for a mere total of 112, chasing just 176 in the first Test against Sri Lanka in Galle -- the same venue where India has again kicked off the series but this time with a win.

The ghost of Galle surely would have come in Kohli’s mind before the start of the game. It was Independence Day two years ago and a win would have been the biggest present from the team to the nation but a total surrender in front of Rangana Herath’s bowling saw India losing the game and starting the series in with a terrible set back.

After a period two years, it was the same venue to kick off the series but the result was entirely different. Virat Kohli led the side and overpowered Sri Lanka in all the departments of the game. India outclassed the hosts to post a win. India have started the tour in a way they wanted but a win by 3-0 in the series will be the only thing which will satisfy the fans to the fullest. It is the only result that can atone for the Ghost of Galle because the way India bowed down in front of Sri Lankan bowlers on Independence Day two years ago is still hurts.

In the first Test, the Virat Kohli led side clicked the right spots to end the game in its own favour. Winning the toss and batting first and with Shikhar Dhawan scoring 190 on the first day of the game, it was a delight for India. Other batsmen too backed him and India acquired the pole position on first day’s play. On day two, bowlers came into play as soon as asked. Everything was formulated on the field as per the plan made in the dressing room and India had no issues to deliver the first punch.

Dhawan, who played an innings of 190, gave an opportunity to Sri Lanka when he was batting on a score of 31 and that missed chance cost Sri Lanka in such a way that it has dented them quite hard. 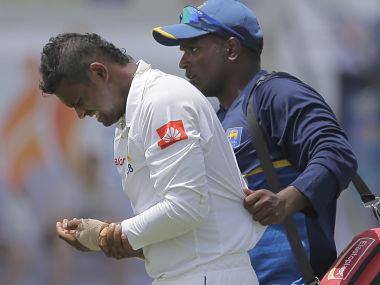 That dropped catch meant that Dhawan continued his batting and the score he made earned him Man of the Match. Also, the spilt chance resulted in an injury to Asela Gunaratne as the ball went onto hit him on his thumb hard and now he has found himself ruled out of the complete series. He was the star for his side in their win against Zimbabwe earlier this month and was deemed to chip in with his spin bowling as well but now him being ruled out, Sri Lanka couldn’t have asked for anything worse than this.

India posted a huge total of 600 in the first innings, which is a huge mountain to climb for any team. Sri Lanka slipped on their way to this steep total and was bowled out for 291 in the first innings. India had a chance to ask them to bat again but Virat Kohli continued his policy of not enforcing the follow on, which paid him benefits. 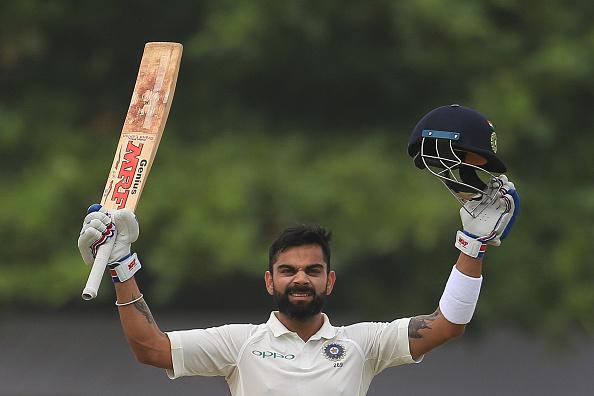 He has been the player under the scanner due to his jittery form in Test series against Australia and the Delhi lad took not the time to come back in form and he went onto play an innings of 103*, to find his lost form and send out a message for Lankans. Other than him, Abhinav Mukund to played a positive innings and got to his second half century in international cricket after a period of six years, to make most out of the lifetime opportunity.

The tactic of Kohli to bat again completely put Lanka out of the game. The Ranjana Herath led side needed to score 550 runs in the final innings. Eight wickets for India were enough to go one up in the series and shrug off the ghost of Galle.

After a couple early wickets, Sri Lankan batsmen showed resistance but it was just a delay of few hours when Indian bowlers came in with rest of the wickets, posting a win in Galle, to rub off the ghost which spoiled the party of Indian fans two years back.

It's true that Sri Lankan team is not the same team which they used to be two years back and earlier. They are in a phase of transition with just handful of seniors on the side to guide them. When a team finds its way difficult against a team like Zimbabwe, it’s enough to tell the balance of the side.

But it’s the law of nature.

Legends retire and new players take their place. Few teams recover from the void created by them soon whereas others take years. The basic reason is the lack of the bench strength. Herath is 39 years old and at present, there seems to be no replacement for him whereas, in India, we face a problem of plenty. There are four to five candidates to fulfill one slot, which states the difference.

Coming back to the first Test, it was a much-needed win for India and Virat Kohli, who was making his comeback in the longest format of the game after missing team India’s last Test of the long home season due to a shoulder injury. The win was much needed before India kick of foreign itineraries in months to come where the team will be face much stronger than Sri Lanka. The win in this series will give India that confidence of ensuring that they can win a Test match and series outside their home as well.

Virat Kohli is yet to lead India as a full-time captain outside the subcontinent and West Indies and in his journey of two and a half year as captain -- where he has led the side in aforementioned places on the globe -- it has given him ample confidence to lead the side outside these territories as well. With India scheduled to travel countries like South Africa, England and Australia in years to come, that challenge will determine the success of Kohli – the captain. Dhoni too was plying his trade well in home conditions but whenever it came to lead the side outside his fortress, he lost it and handed the baton to Kohli, mid-way in the series against Australia in 2014.

This is a preparatory time for India before they travel to different continents where they will have an arduous test and will need herculean efforts to attain the future endeavours.

With the first Test of the Lankan safari done and dusted, all eyes are now on the second five-day game where team India will look at a series win.