NEW DELHI: Police in Hyderabad have instituted a ‘ban’ on begging, and begun moving homeless people to rehabilitation facilities in prisons ahead of Ivanka Trump’s visit to the city.

Announcing the move to ban begging, Hyderabad police put out a notice saying that “such acts are causing annoyance and awkwardness by exposing in an indecent manner to divert the attention of the vehicular traffic as well as pedestrians and public, in general, to induce them to give alms. These acts are dangerous to the safety of the vehicular traffic and public in general.”

Ivanka Trump will be in Hyderabad to speak at the 2017 Global Entrepreneurship Summit, an annual meeting of investors and entrepreneurs, which this year is focused on the theme of “empowering women”.

In preparation for the summit, roads are being repaired and other arrangements are underway in Hyderabad. The decision to ban begging and move homeless people to rehabilitation facilities in jails, however, has grabbed international headlines.

“Police in the southern Indian city of Hyderabad are doing a last-minute sweep to get beggars off the streets ahead of Ivanka Trump's visit later this month. The unprecedented order was given by the city's police commissioner earlier this week and will last for two months, according to V.K. Singh, the director general of prisons in Hyderabad,” CNN reports.

“Ahead of Ivanka Trump’s visit to Hyderabad later this month for an entrepreneurship summit, the Indian city is trying to clean up its image by rounding up about 6,000 beggars and sending them to either shelters or rehab.Police in Hyderabad made the announcement earlier this week, when they also outlawed begging until early January and threatened to fine or jail anyone who defies the order. Hyderabad Police Commissioner M. Mahendar Reddy said that the begging was becoming a nuisance and causing a danger to both drivers and pedestrians,” Fox News notes.

“As Ivanka Trump’s visit to India nears, the south Indian city of Hyderabad is getting ready to dazzle its foreign guests — by locking its homeless and destitute people out of sight in prison rehabilitation centers,” says a report in the Washington Post.

A report in the Indian Express quotes an unnamed officer saying that even though homeless people were objecting to the move, it was “for their own good.” “Some beggars argued that we were taking their freedom to live anywhere they want, but we told them it was for their own good because they are going to the rehab centre where they will be taken care of,” the officer said.

Agence France-Presse quoted an unnamed senior officer saying that the action was part of Hyderabad’s “routine anti-begging efforts” and not connected to Trump’s visit.

A similar initiative was implemented prior to Bill Clinton’s visit in 2000. Clinton was US President at the time. 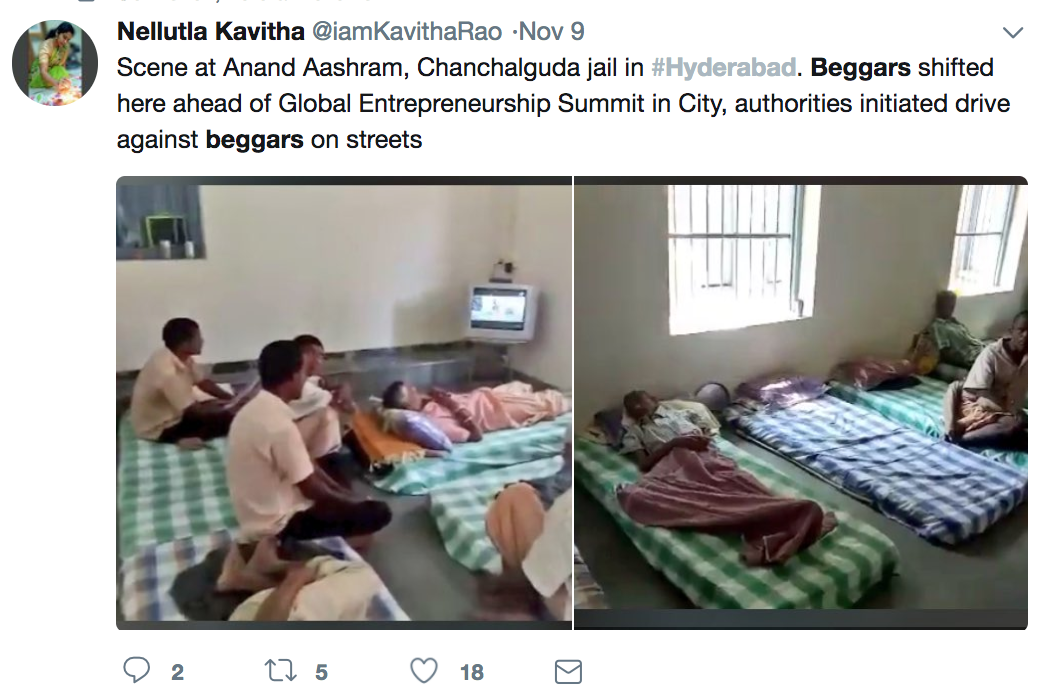 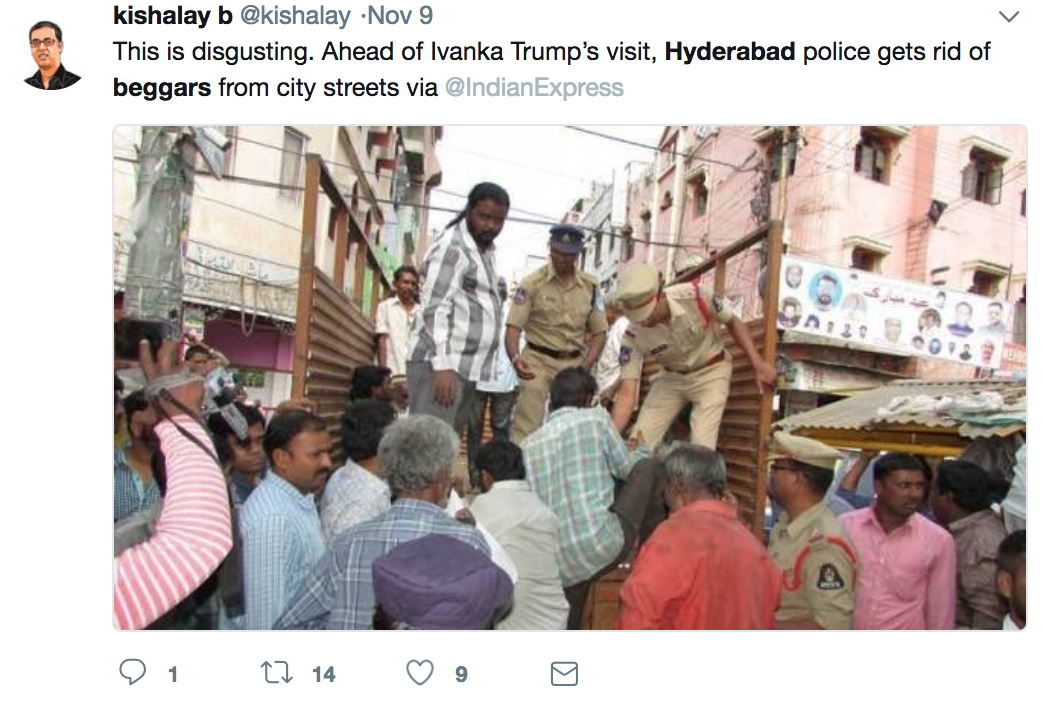