In the end, cowards are those who follow the dark side

NEW DELHI: I almost couldn’t believe what I woke up to. The hashtag #AreYouSeriousRahul was trending on Twitter, so I obviously thought the Congress President had made a controversial remark of some sort. When I looked up the hashtag, I thought I was still dreaming … it was created by Times Now, and being used by people on the internet to slam Gandhi for watching the new Star Wars film. Times Now ran a prime time Newshour special on the matter.

Have television channels run out of news? Have politicians run out of things to talk about? The hashtag made comparisons with PM Modi, saying that while the BJP leader was hard at work, the Congress President was ‘lazy’ and distracted.

Now, the irony just isn’t lost on me… ‘The Last Jedi’ is currently playing in theatres, and with Rahul Gandhi taking on a the role of Congress President, maybe the TV guys and politicians have read a little too much into the title. I could make a thousand Star Wars related jokes… focus the dig on jedis and the Empire (no prizes for guessing which is which), but I’m still digesting the absurdity of the #AreYouSeriousRahul campaign. (Side note: If you have any witty jokes, hit me up at editor@thecitizen.in) 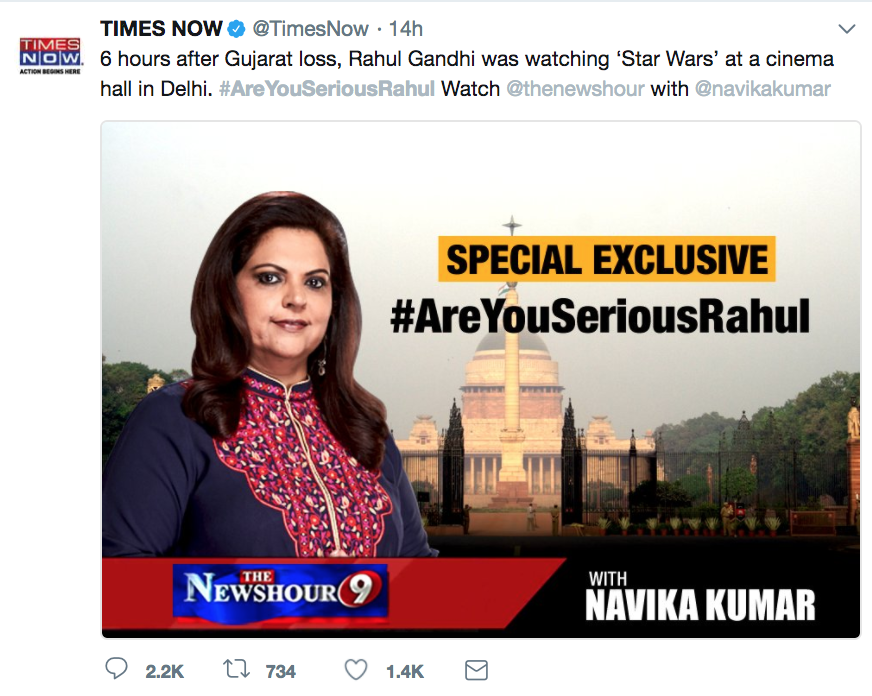 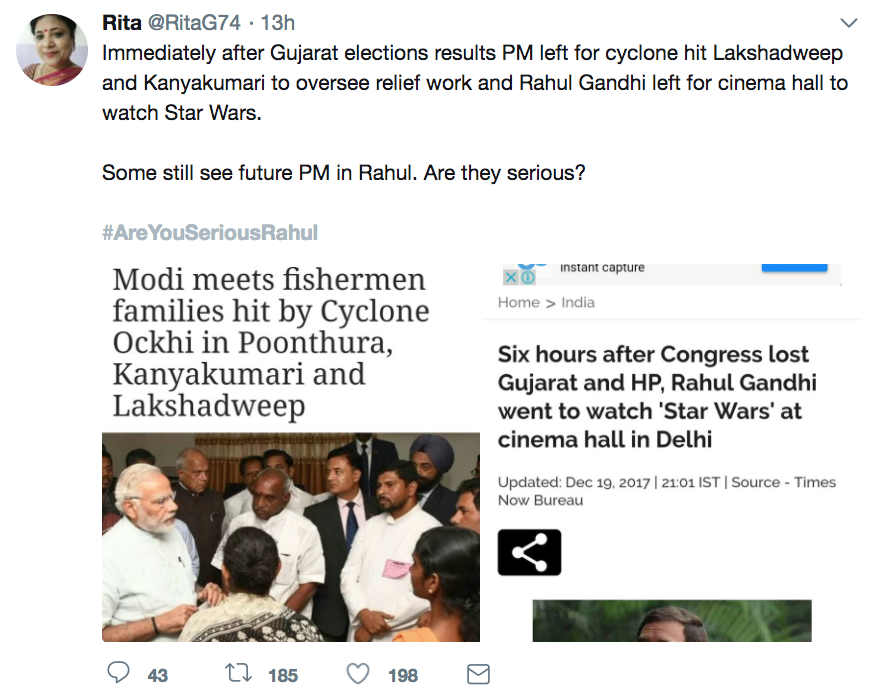 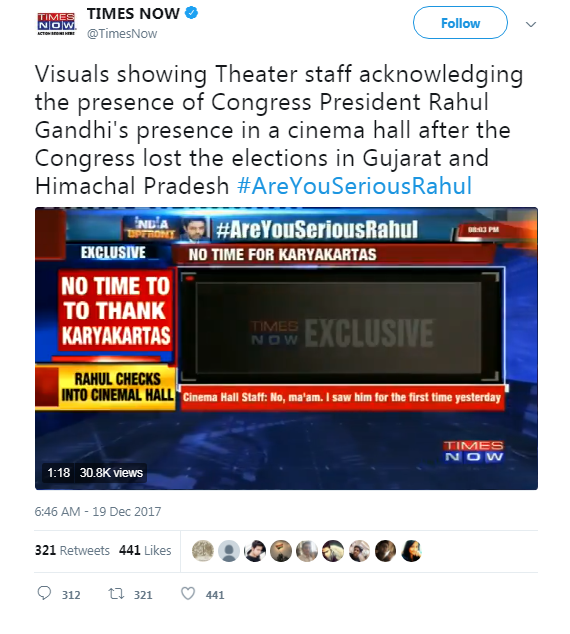 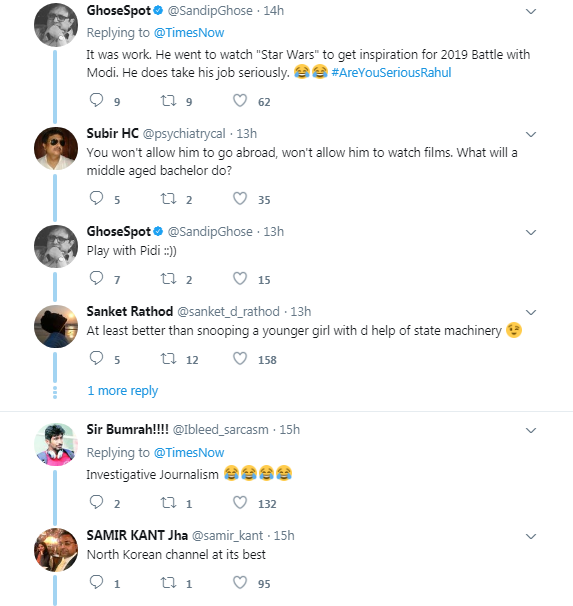 Some people, like me, thought the channel, and the critics, had really lost the plot: 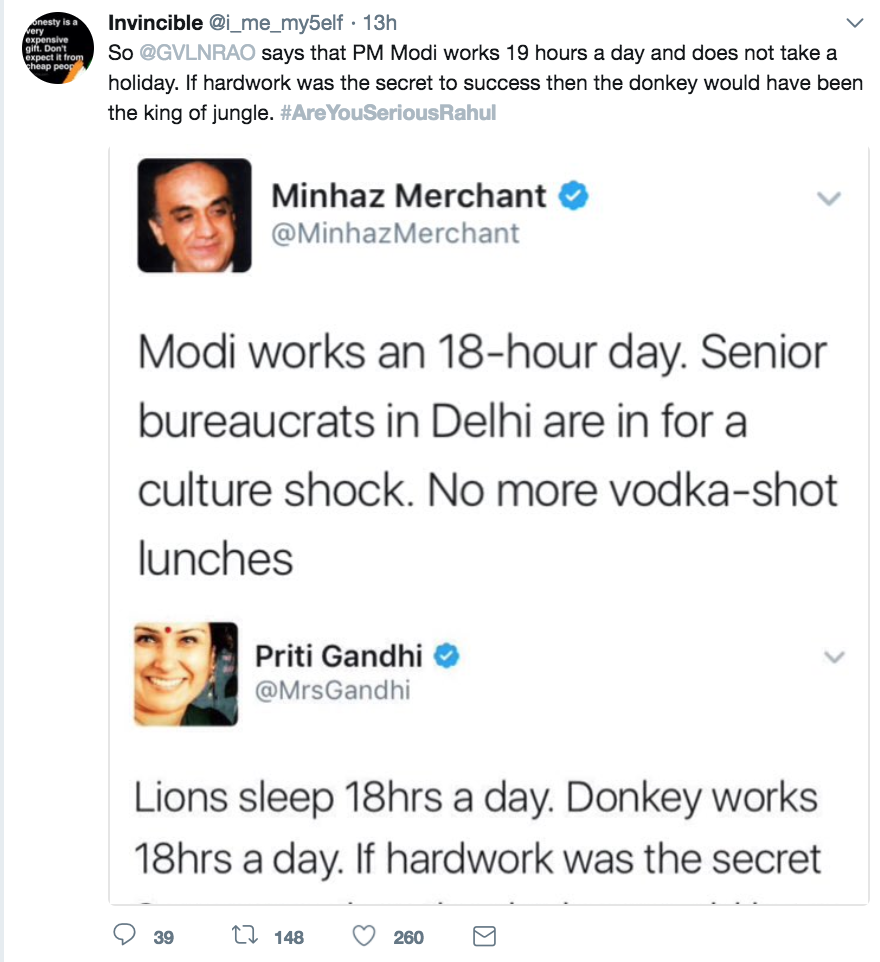 Man, I’m going to quote Qui Gon Jinn and tell the Times Now folk that “the ability to speak does not make you intelligent.” Or Yoda for that matter, “If stupid you are, speak you should not.” Shut up, please. And Rahul, I guess I’ll leave you with some Yoda wisdom too, “To answer power with power, the Jedi way this is not.” Chill, and do as you’re doing.