Archiving Patel in the Heart of Lutyens Delhi

NEW DELHI: The dilapidated bungalow at 7, Jantar Mantar road smacks of an old-worldly charm evoking a sense of nostalgia. Located in the heart of Lutyens Delhi, the bungalow indeed belongs to history for it served as the Congress headquarters after independence. Witness of the tenure of Congress stalwart Pandit Nehru and Indira Gandhi as party head, the bungalow now preserves the legacy of the Iron Man of India, another Congress stalwart. 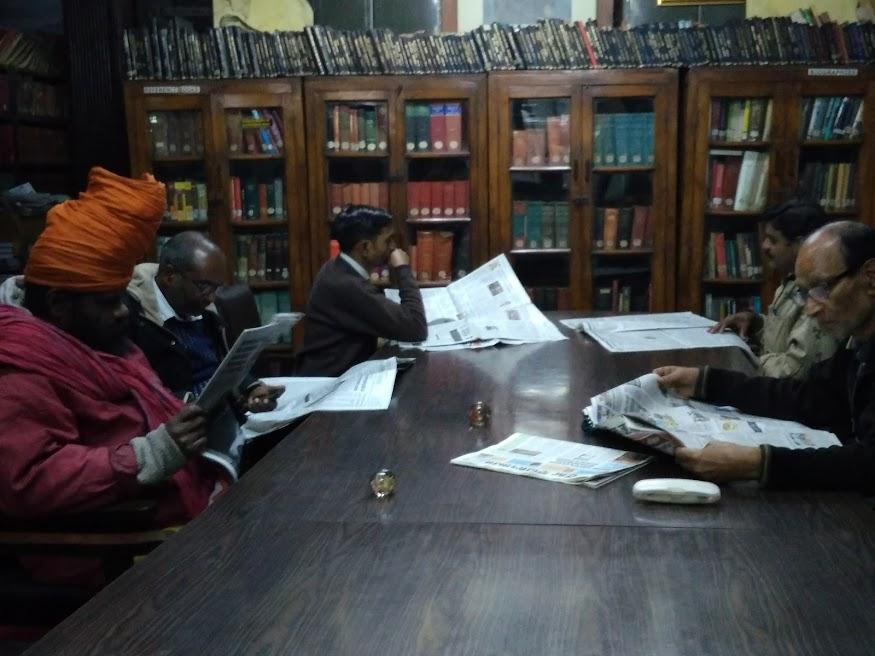 The smell of old-yellowish paper stimulates senses as one enters the bungalow which now houses the less known Sardar Vallabhbhai Patel Smarak Trust Library. The library facilitates a quiet reading room in central Delhi adorned with a large wooden desk and sofas. Managed by a Trust named after Sardar Patel, the library seeks to promote ideals and philosophy of Gandhi, Patel and other stalwarts of freedom struggle. It is in tune with the Trust objective that the whitewashed walls of reading room are adorned with framed portraits of the pantheon of Congress nationalist leaders. The pantheon accommodates a variety of Congress leaders with often differing ideologies, including the moderate Dadabhai Naoroji, Surendranath Banerjee, extremists Lala Lajpat Rai, Bal Gangadhar Tilak, self-rule faction of Annie Besant, Chittaranjan Das, Gopal Krishna Gokhale, conservative Rajendra Prasad, Madan Mohan Malviya and other patriots like Gandhi, Nehrus, Bose, Abul Kalam Azad and Pattabhi Sitaramayya. The charming enlarged photographs of Patel with Gandhi and Nehru are difficult to escape the attention of visitors and so is a bust of Mahatma Gandhi.

The daily influx of visitors, according to the administrative officer H K Gupta, amounts to around 10-15 people. “Most of them come here just to read newspaper and magazines housed in the library.”, adds Jogendri Chandra, the assistant librarian for two decades. Confirming the relatively low reader turnout and virtual absence of students & researchers, peon Lalji’s voice reflects the sad commentary on the waning public interest in reading.

On the question of finance and management of library, Gupta points towards income accruing from tenancy to the Trust as source which owns the building. The 7, Jantar Mantar Road bungalow also houses the offices of Janta Dal (United), Akhil Bhartiya Sewa Dal (All India Services Party) and Indian Freedom Fighters Successors’ Organization. It makes for an interesting observation that the party claiming to follow Lohiate principles functions in the same building which also preserves the legacy of Sardar Patel who had his objections to socialist controls and planning.

When The Citizen raised the issue of contested ownership of the building, Gupta affirmed the ownership rights of the Trust which also rents the building as commercial property. 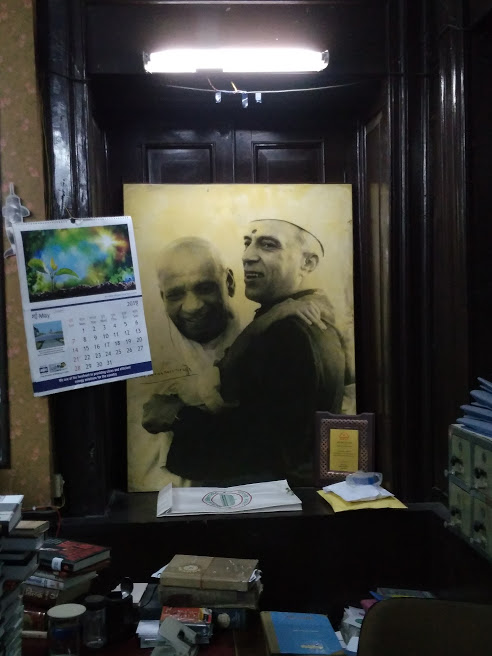 The library has over 23,000 books, as confirmed by Chandra, covering the domain of politics, biography, economics, freedom struggle and history. However, it is the unexplored treasure trove of original records that makes library different from any other public library in the town. While a slew of edited collection of speeches, correspondence of famous leaders, collection of India Today & Organiser et cetera housed in library indeed provide valuable insight to researchers, the archival section of library boasts of containing all the original records of INC from 1929 to 1974. It includes all the Congress presidential speeches, resolutions, proceedings of AICC meetings and 400 tapes of the speeches of prominent Congress leaders. Added to that is the collection of Congress Bulletins and a set of 55 Volumes of The Journal of Indian National Congress (published from London during 1891-1921) which would make for an absolute delight for any researcher of modern Indian history.

It is perplexing to explain the oblivious state of library which contains fine archival records and has such rich legacy. Part of the explanation perhaps lie in poor quality of academic research in India as shown by the Verma Committee enquiry into the status of higher education in Bihar that found a single thesis used successfully by eight students to obtain a PhD. The other plausible explanation would be the deliberate Congress strategy to sideline other stalwarts of freedom movement in past few decades.

In any case, the library is managed by a total of 5 staff members including two assistant librarians and two peons. While the library indeed has digital presence in form of a website, the catalogue system in the reading room still uses good old handwritten notes. Also, supplementing the intellectual quench of visitors, a dhaba in the premise assuages hunger by serving cooked meal at cheap rate!