A Meeting With Umar Khan's Family: His Child Was Born 2 Days After He Was Killed by Gaurakshaks

A photostory on the family and home of Umar Khan, a farmer killed in Rajasthan

BHARATPUR: I recently visited Rajasthan as the media observer of a fact finding delegation which included Members of Parliament, comrades from All India Kisan Sabha, Supreme Court advocates and media representatives under the banner ’’Bhumi Adhikar Andolan’’ to look at the increasing number of religiously motivated killings in the areas of Bharatpur, Alwar, Rajsamand and Udaipur. Rajasthan has recently figured in the news for brutal lynchings and hackings.

Our first stop was Ghatmeeka village in Bharatpur district. The village is just 120 kms from Delhi but in terms of development, it’s centuries behind. Old mud houses, lack of sanitation and inadequate educational outlets was a first glance assessment.

The village has equal number of Hindu and Muslim residents and their main occupation includes crop and dairy farming. Cows and buffaloes are not just a symbol of faith, but a means of livelihood and survival. This holds true for both communities, as households rely on dairy farming and use its by products for both personal consumption and trade.

In recent months -- especially with the political mandate given to Gau Rakshaks operating in various parts of the country -- violence targeting the minority Muslim community, on the pretext of smuggling or slaughtering cows, has created a sensitive climate. Rajasthan, particularly, is of significance as a number of cow related deaths have been concentrated in this state.

Ghatmeeka village has its own brutal story, as not long ago, four members of self proclaimed and self created groups of cow protectors killed Umar Khan, a resident of the small village. Their charge: they suspected him of smuggling cattle with his two friends, Bilal and Tahir. The three young men were transporting six cows from the village in what was supposedly a stolen vehicle when four men, identifying themselves as gau rakshaks, stopped and attacked them. Tahir and Umar Khan were shot, the latter fatally so. Bilal ran away, and is still missing. Khan died on the spot, and Tahir was admitted to hospital and is still recovering. 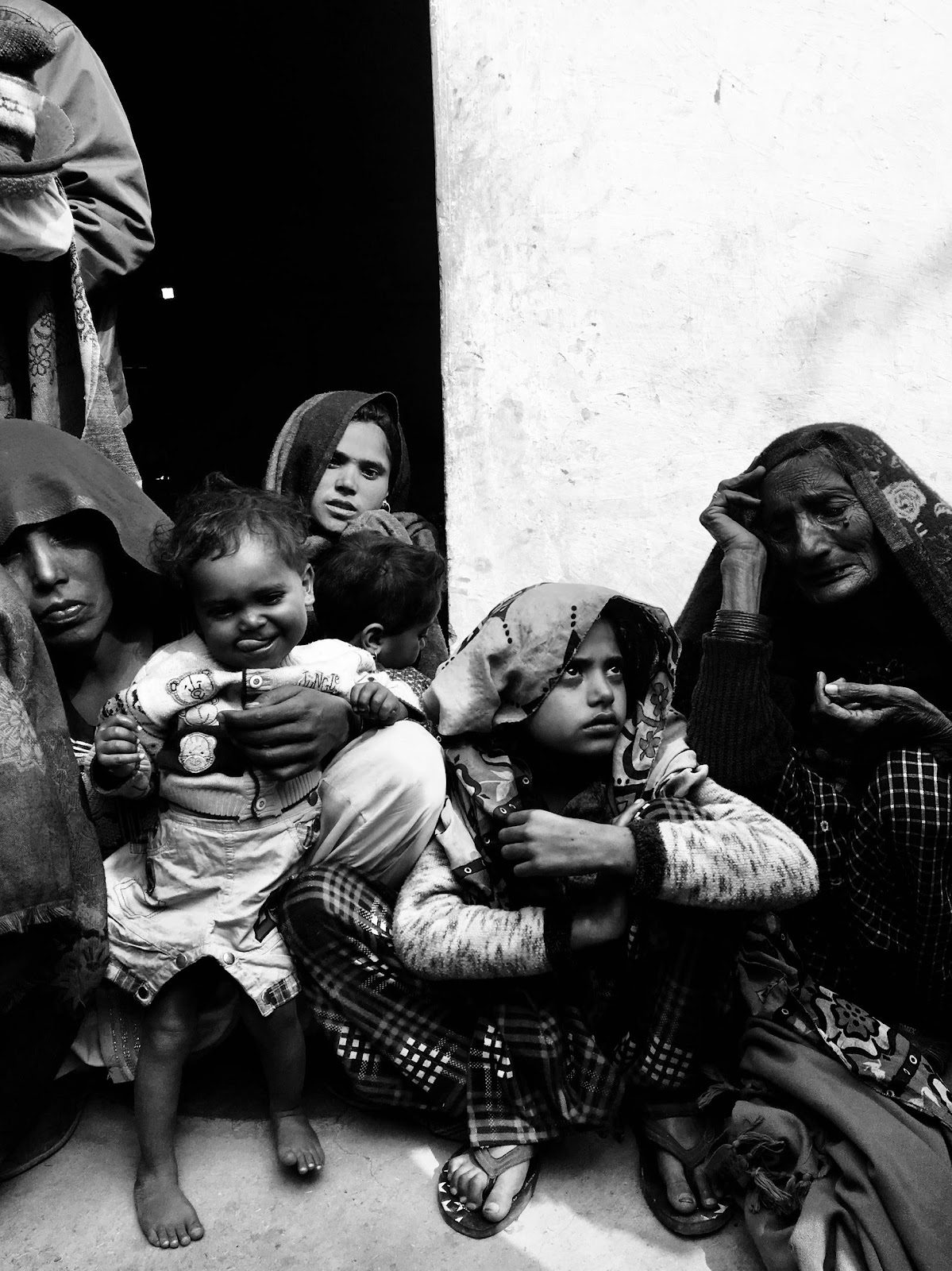 Umar Khan’s family at their house in Ghatmeeka

The incident horrified the nation, and raised questions of the prevailing climate, that made the killing of a young man on the assertion that he was smuggling cows an actuality. Rahul Prakash, SP of Alwar, said “Yes, Umar and his friends were involved in smuggling of cows but the four men should not have taken law in their hand. They are arrested and strict action will be taken against them under jurisdiction.’’ Khan’s death not only highlighted the issue of cow smuggling but also raised concerns regarding communal hatred leading to minority killings. 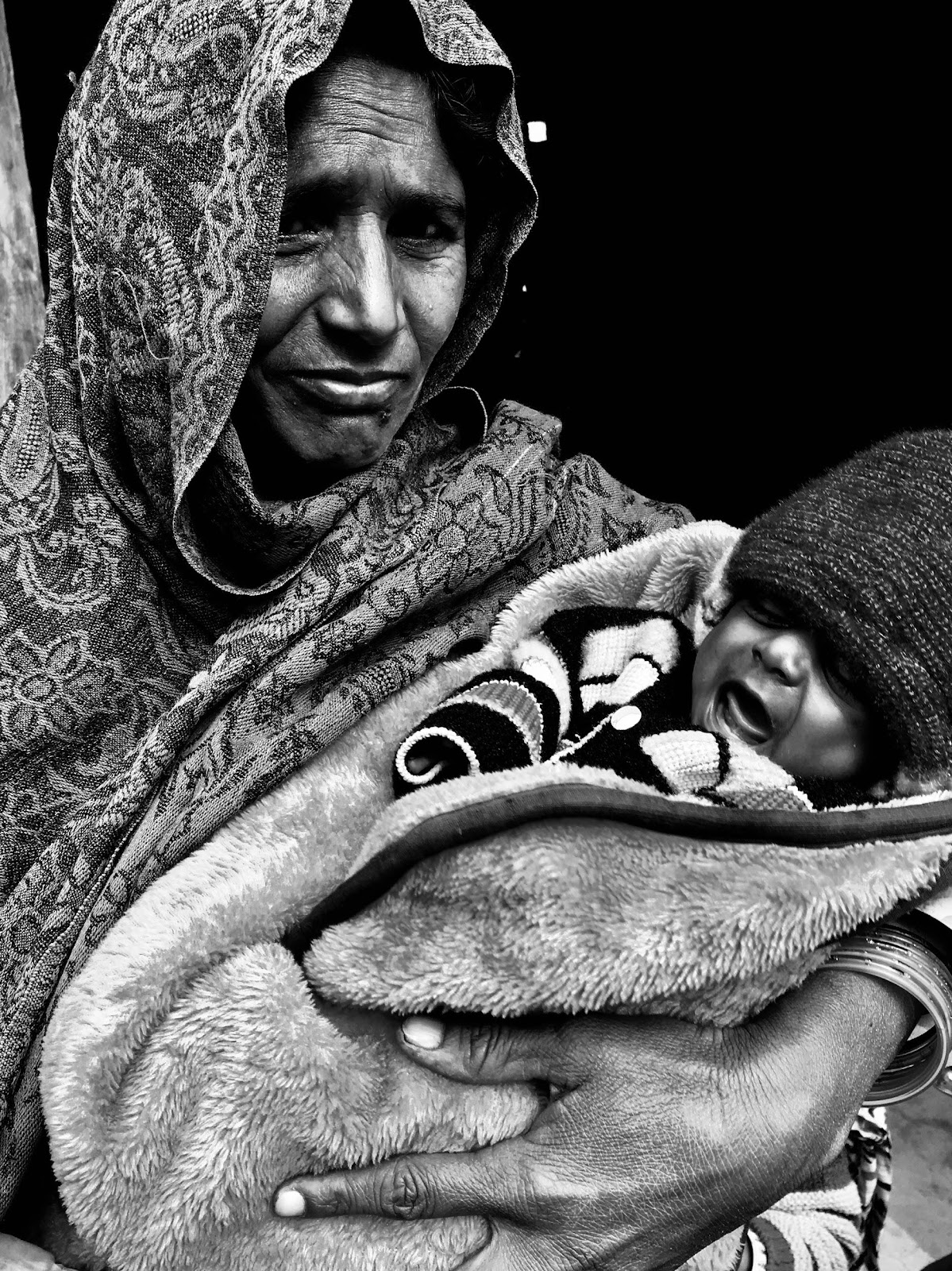 Khan’s son, who was born two days after he died

A visit to Umar’s house reveals the brutal impact of the incident on the young man’s family. The house is all that they possess. They have no savings, and have minimal possessions. The children are especially affected, visibly traumatised by the fact that their father is no longer around. 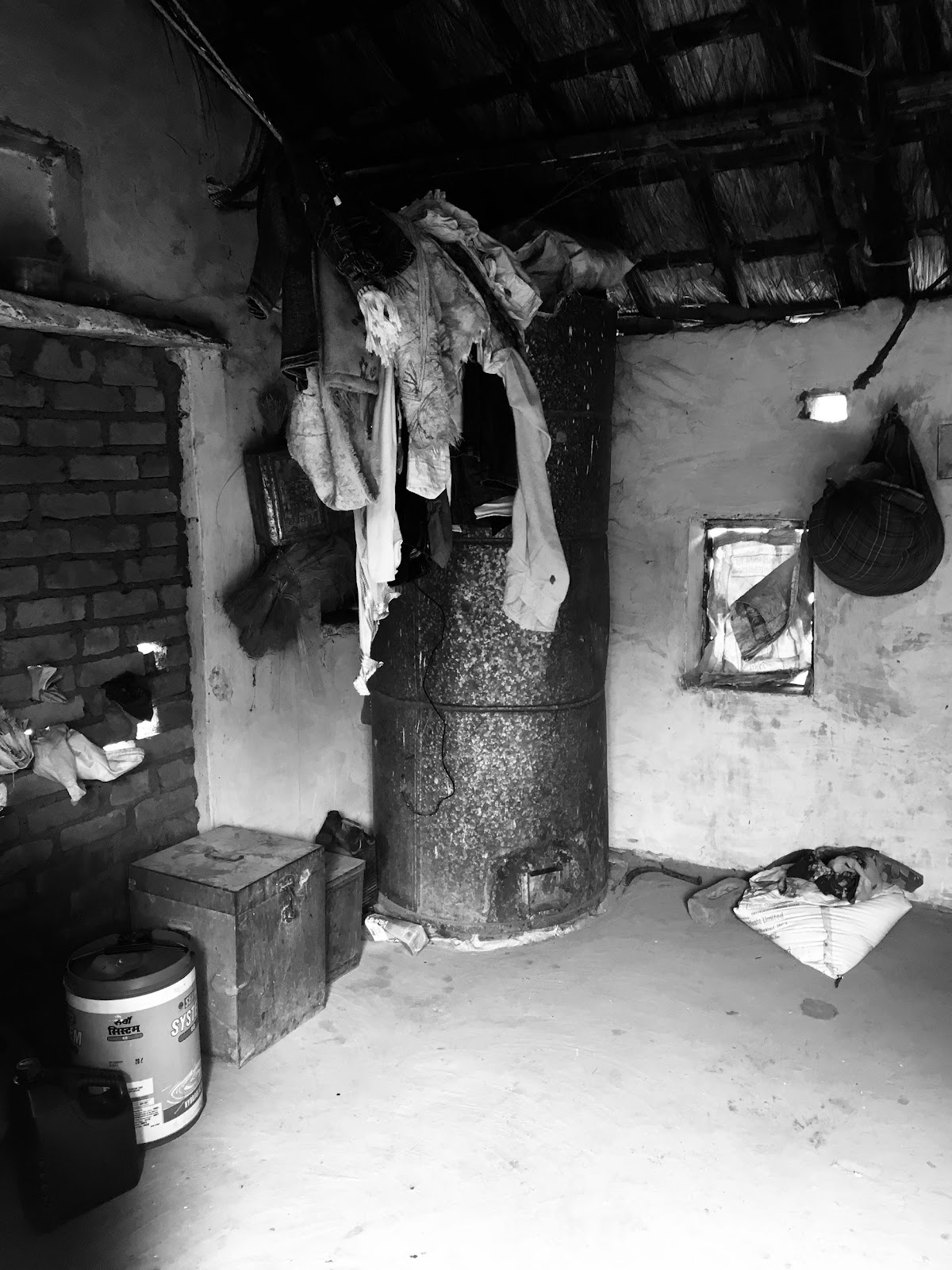 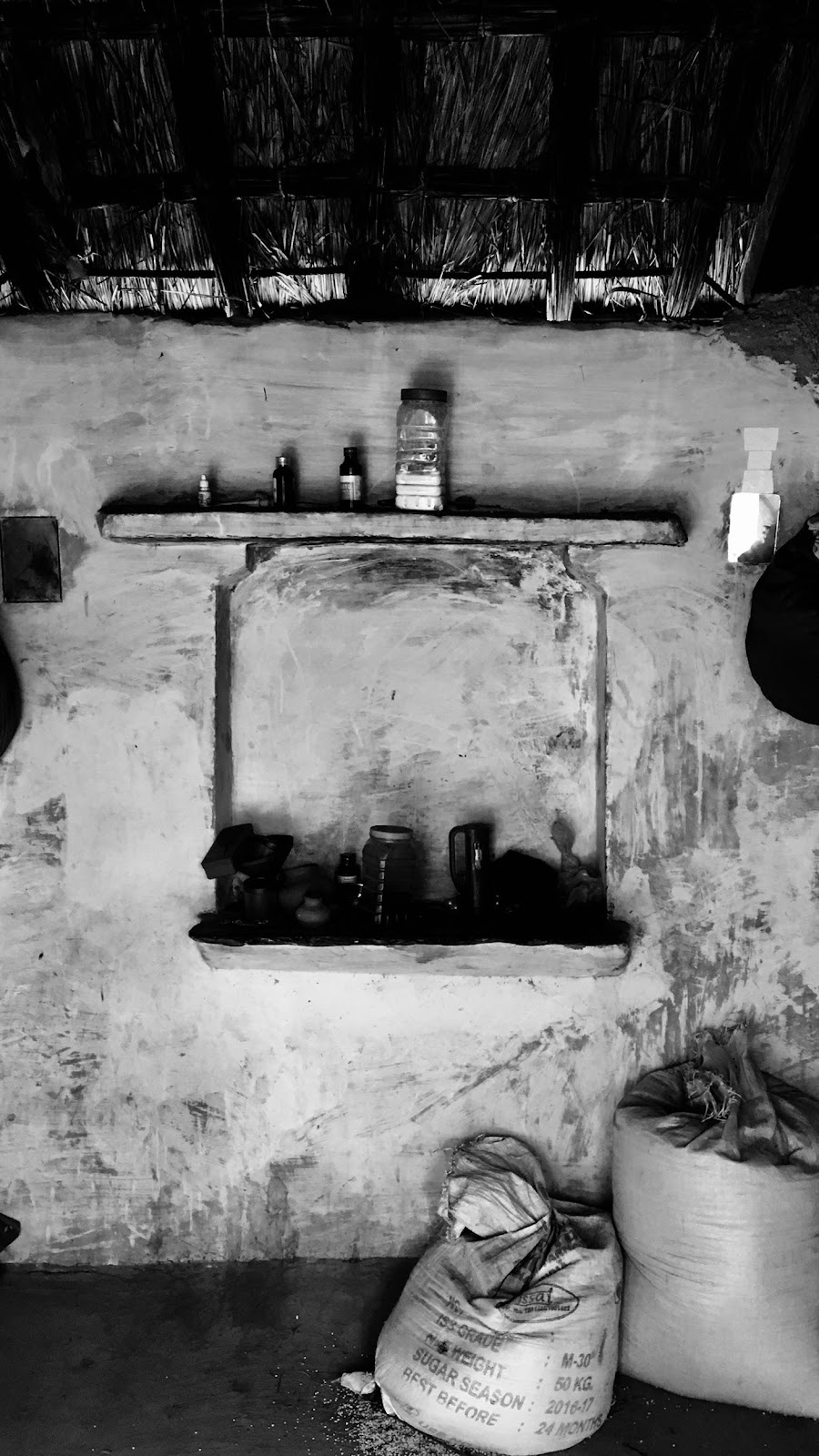 Umar Khan left behind a family which includes his mother, wife and kids (of which a little boy was born two days after his death). Living in this substandard state, the only concern of his mother is the future of her grandchildren with the existing financial state, minimal resources and no primary breadwinner in the family. They have yet not received any financial support from the government.

‘’More than 30 innocent people belonging to the Muslim community have been lynched and murdered in different parts of the country. Rajasthan has become the epicenter of such heinous crimes. The communal attacks on minorities especially on dairy farmers and agricultural workers are still continuing as the administration aids such hooliganism through omissions and commissions. In Umar Khan’s case the police while propagating the victim as cow smuggler in effect aided the murderers to defend themselves and hence weakened the prosecution side. The heinous crimes on minorities still continues as the culprits are aided by the police,” said K.K Rajesh, a Member of Parliament from Kerala who was also a part of the delegation. 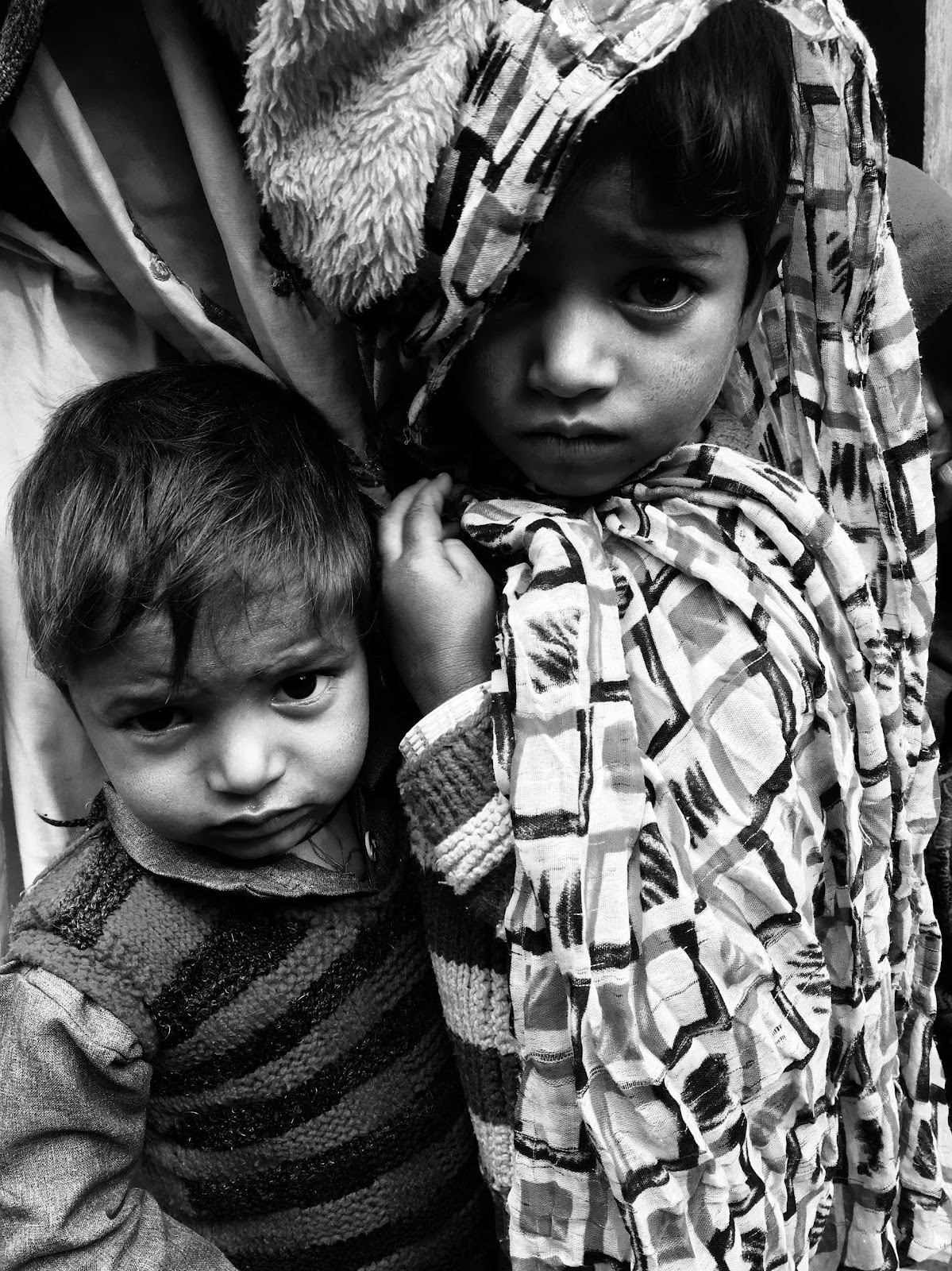 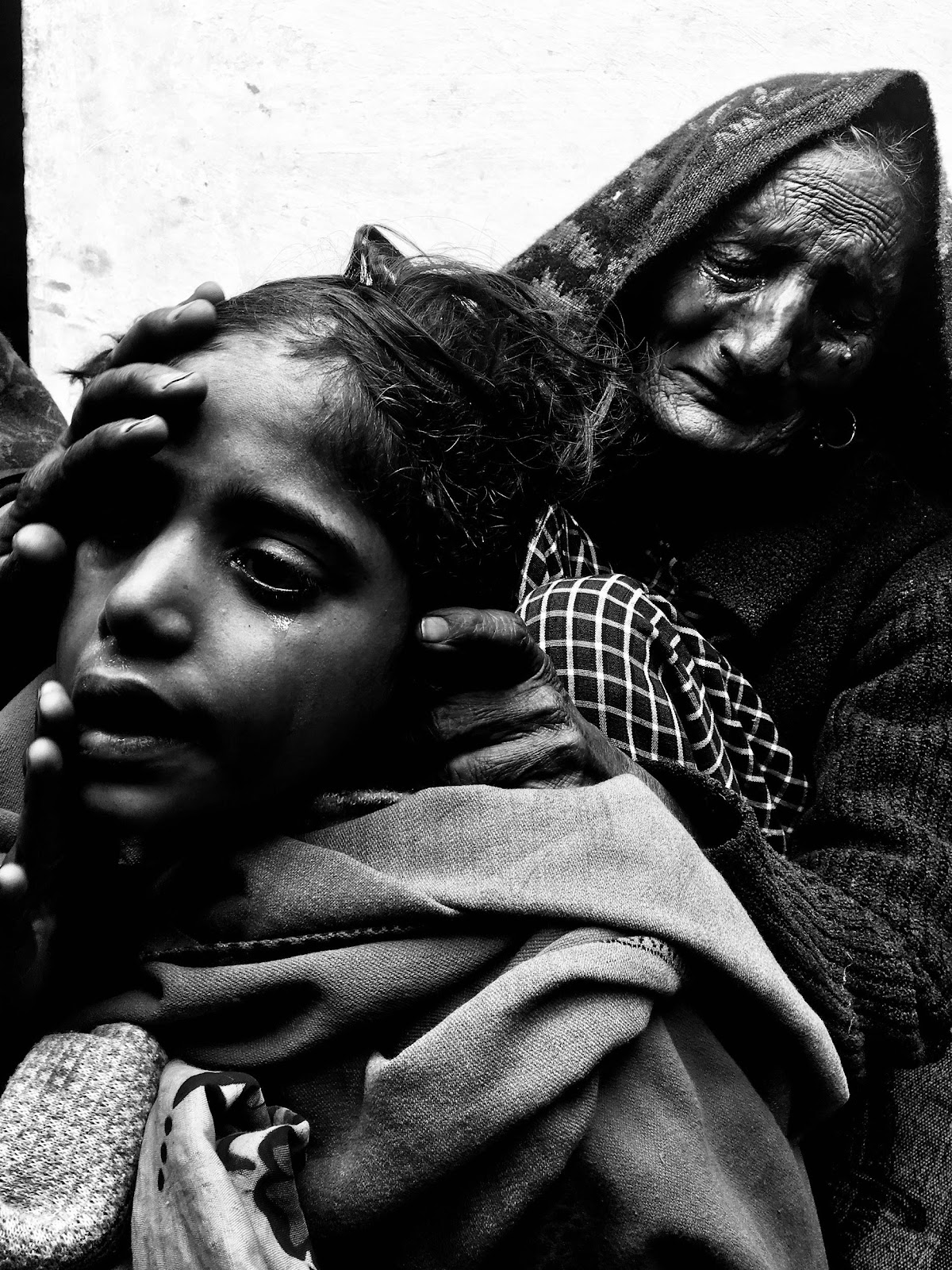 In lynchings, the pattern is the same. The dangerous religiosity of a majoritarian group allows them to take law and order into their hands, gives a sense of impunity and official protection, and focuses the narrative on the alleged misconduct of the victim. What’s left behind is not just a distraught family, but a frightened minority community, whose vulnerability is then used to perpetuate the vicious cycle. 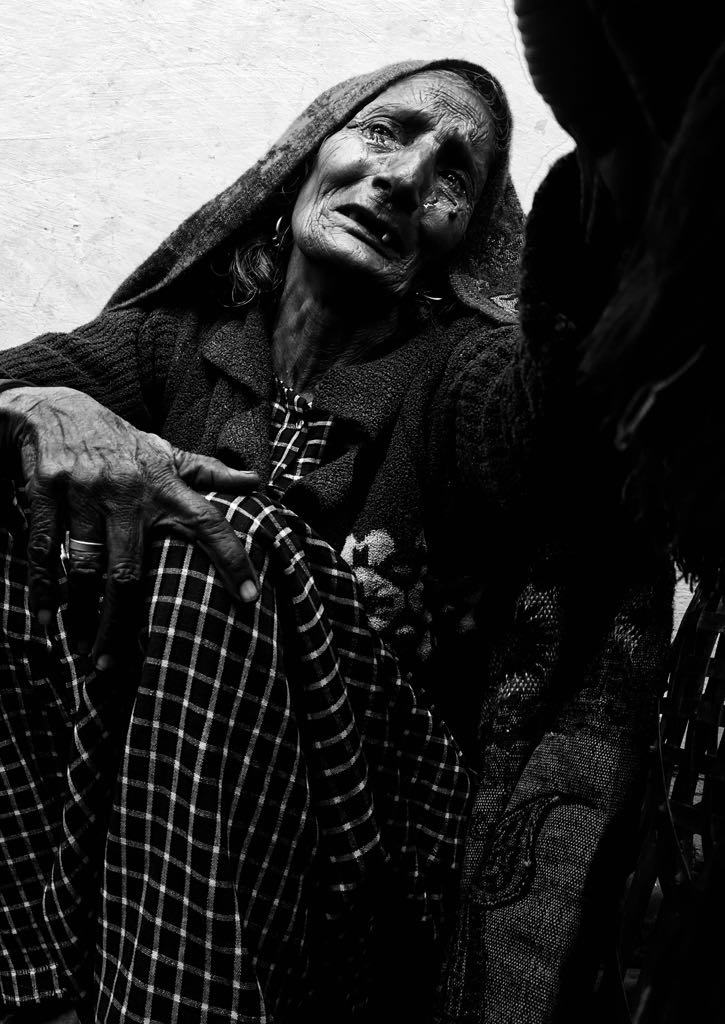 (Text and photographs by Khayati Suri, on assignment for The Citizen).