The Trudeau Family Continues India Tour, And The Internet Can't Stop Talking About Their Outfits!

An official visit or a fancy dress parade? The internet debates.

NEW DELHI: Canadian Prime Minister Justin Trudeau is set to meet Indian PM Narendra Modi today. The backdrop is tensions over Canada’s perceived sympathy toward the Khalistan movement, with international media following Trudeau’s India tour in the form of headlines noting that the Canadian PM received what was far short of a grand welcome from Indian officials.

A quick look at Twitter however would indicate that all of the above isn’t the most essential aspect to Trudeau’s India visit. The internet, it seems, cannot stop talking about Justin Trudeau and his family’s outfit choices!

It all began when the Trudeau family visited Sabarmati Ashram. Interestingly, they visited Gujarat without the PM, who hadn’t even met them as yet. Sources say that it’s not necessary for the PM to accompany all visiting dignitaries to his home state, but the fact that PM Modi had made the effort to do the Gujarat-leg of the tours of several world leaders, his absence was noted by Indian and international media.

The Trudeaus didn’t seem to mind, posing for pictures at Sabarmati Ashram dressed in reds, yellows and oranges. 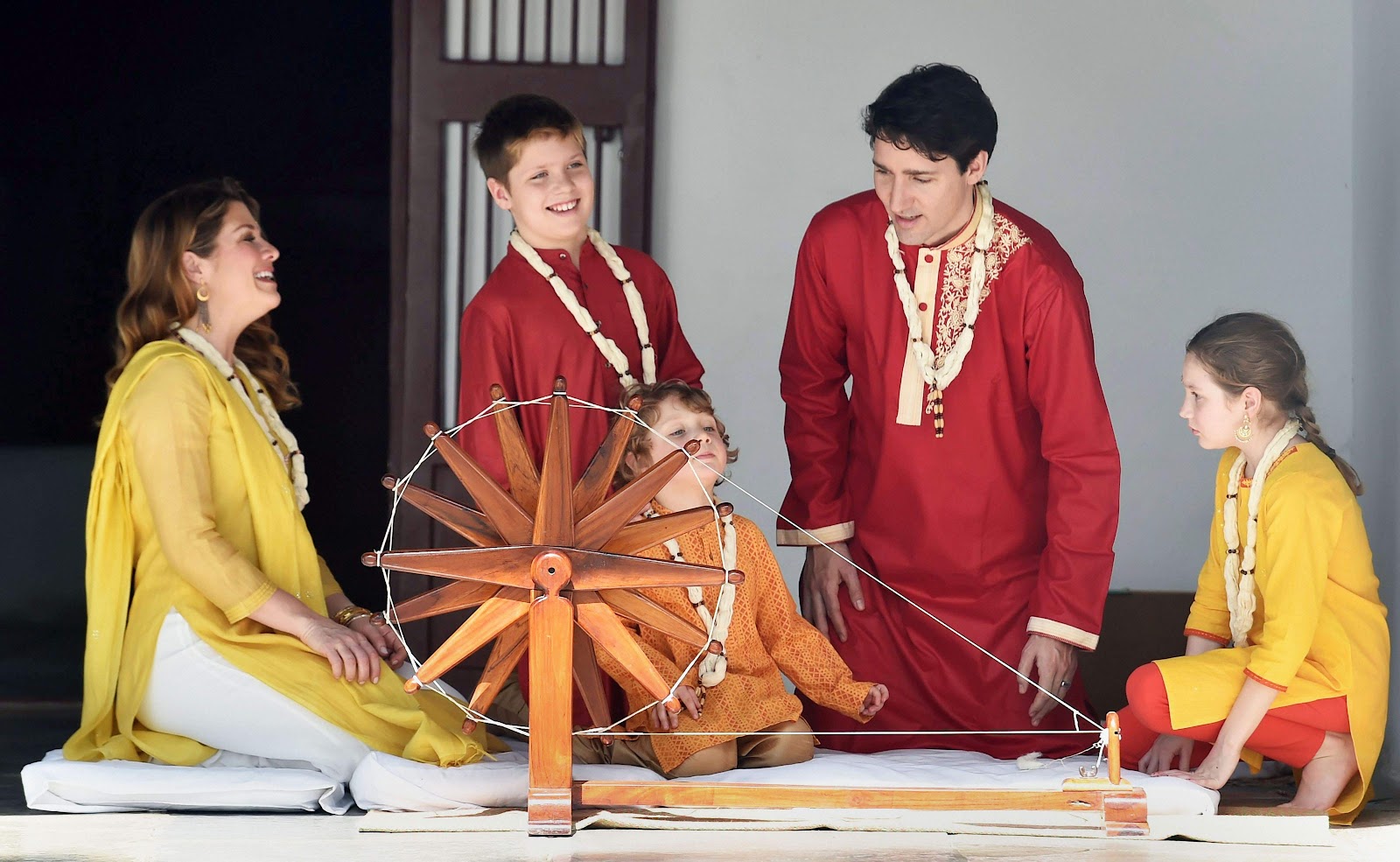 The visit to the Golden Temple was another sartorial photo-op. 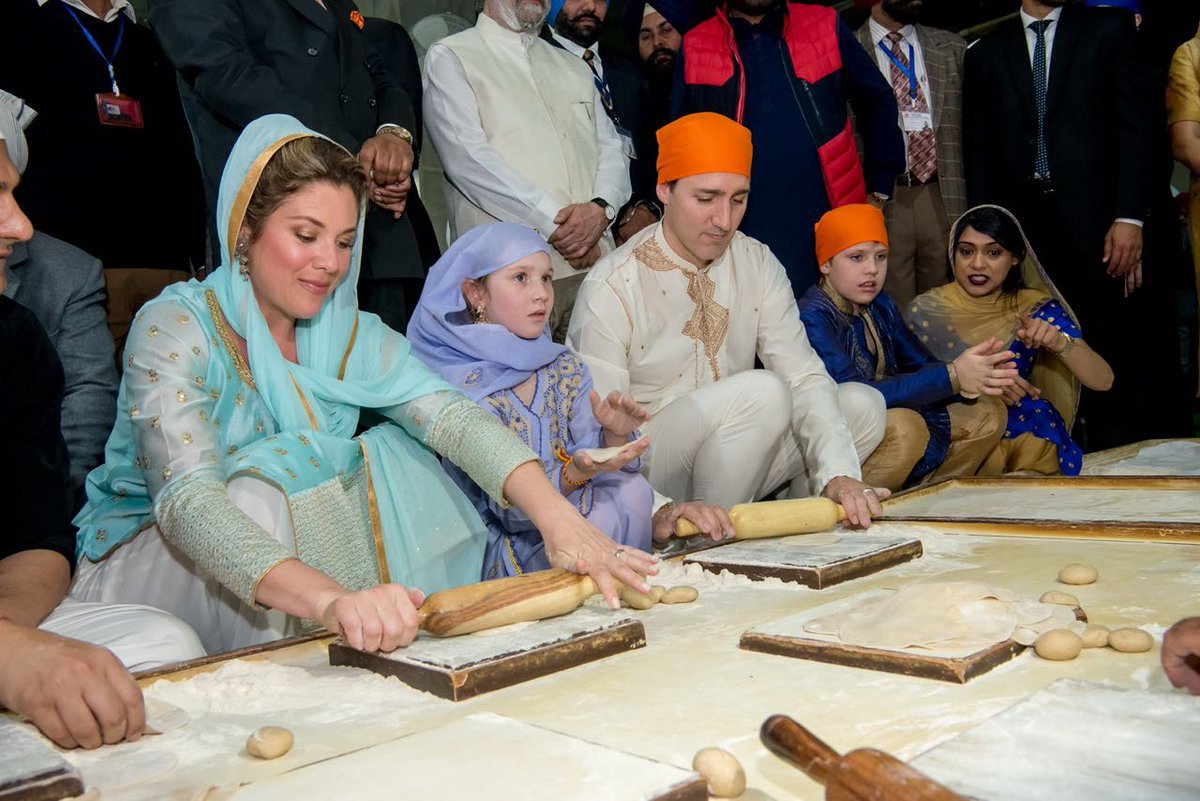 The highlight, of course, was the Trudeau family’s rendezvous with some Bollywood celebs. Dressed in a sherwani, Justin Trudeau was quite the blingy guest. 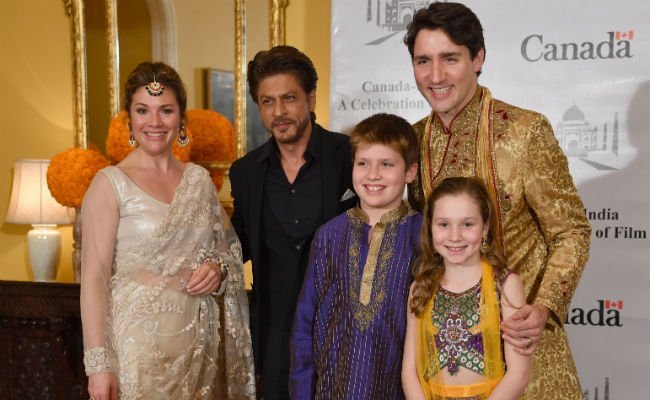 The internet couldn’t stop talking about it. 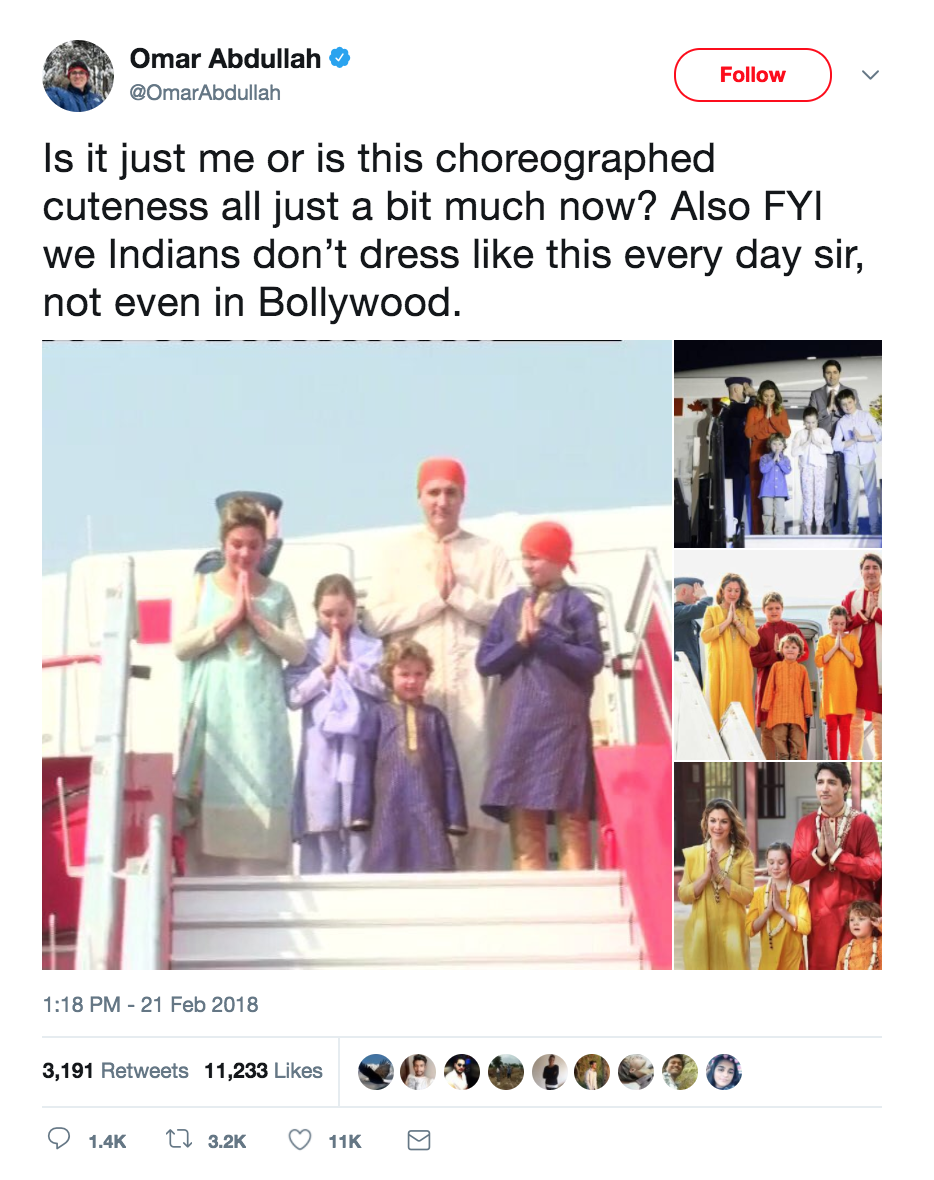 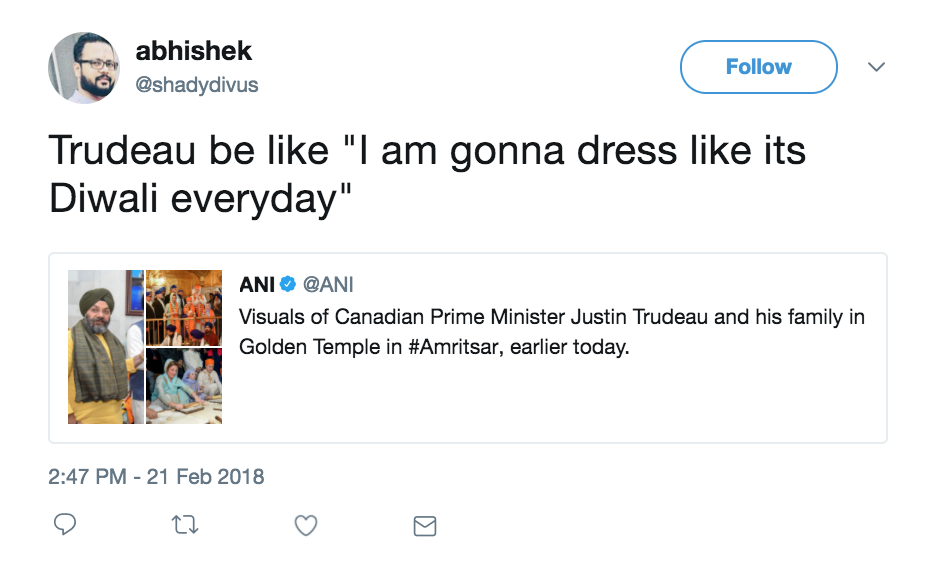 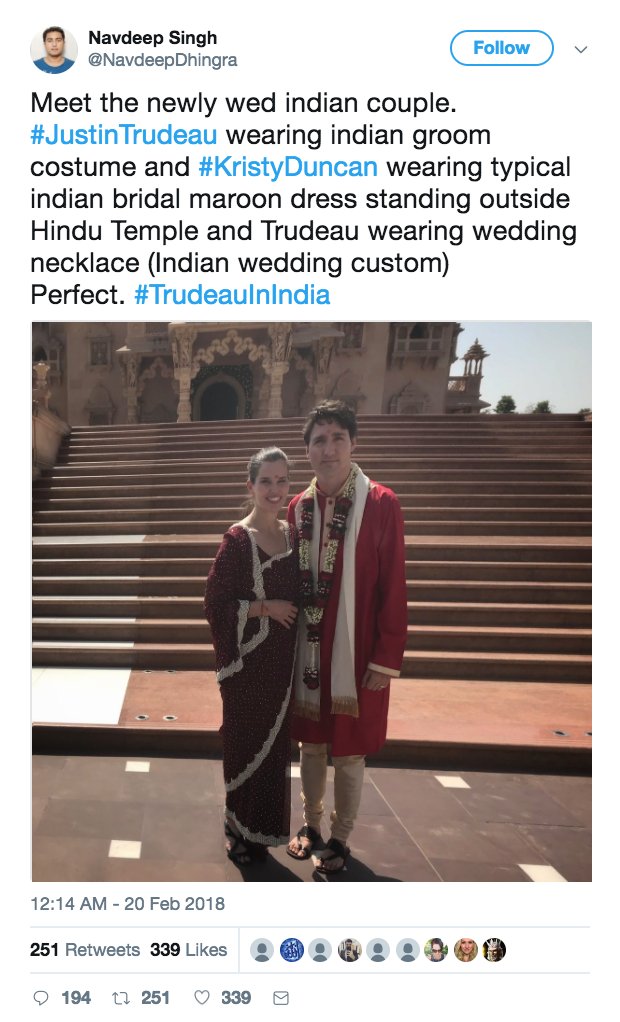 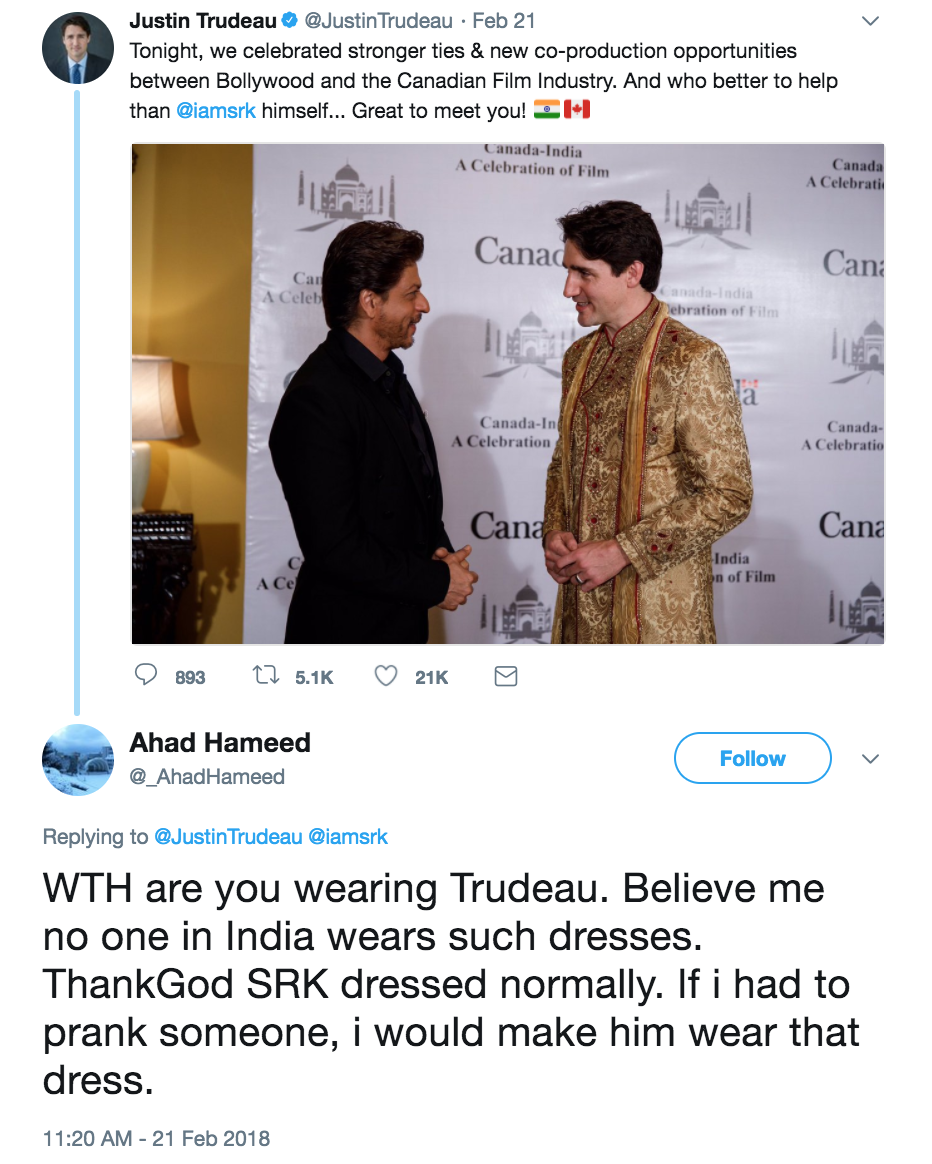 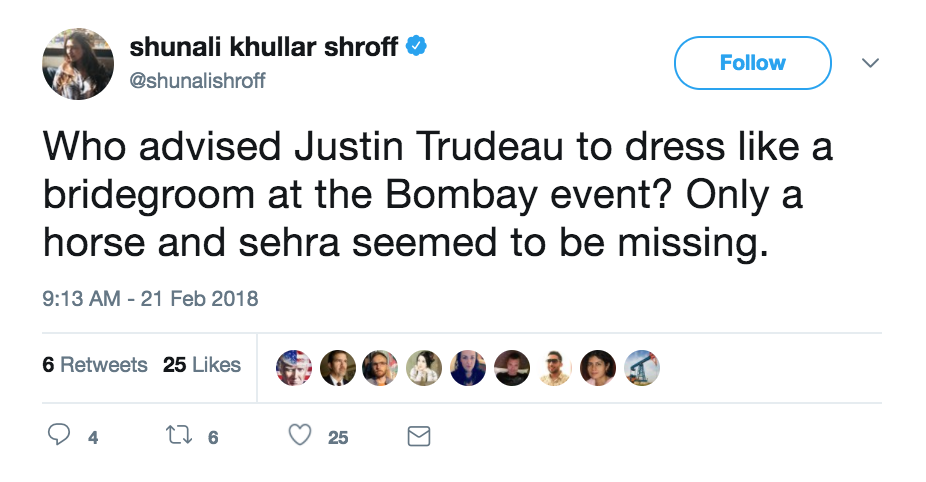 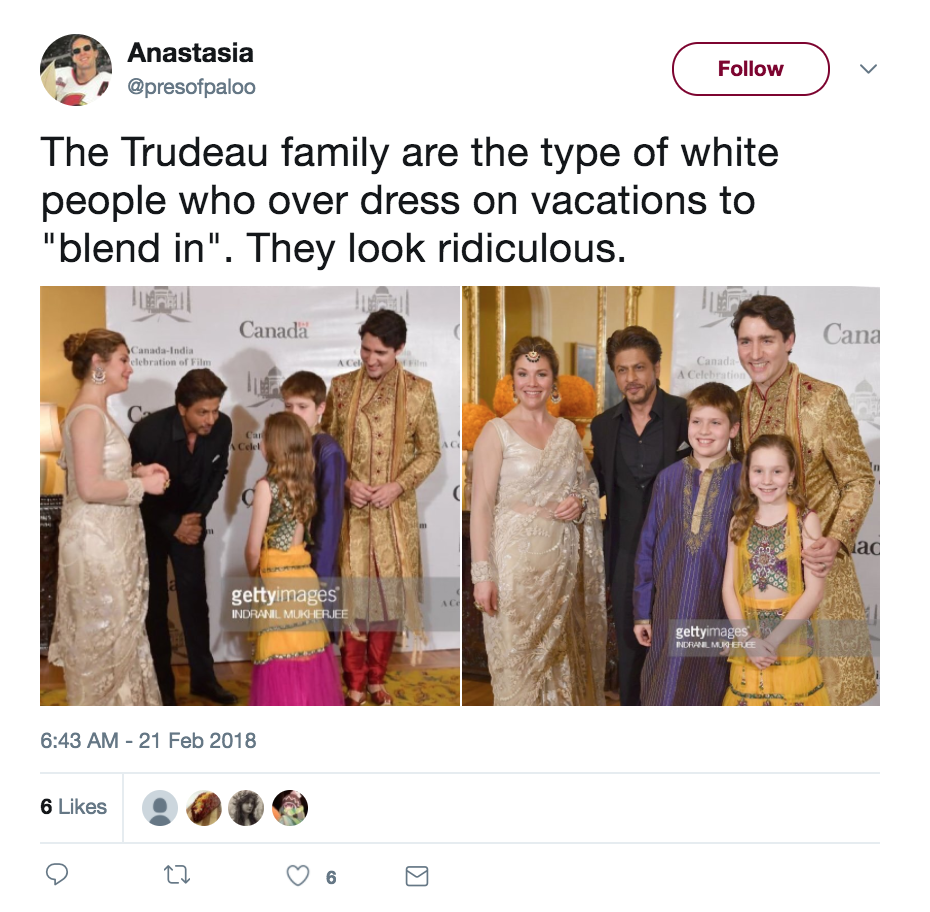 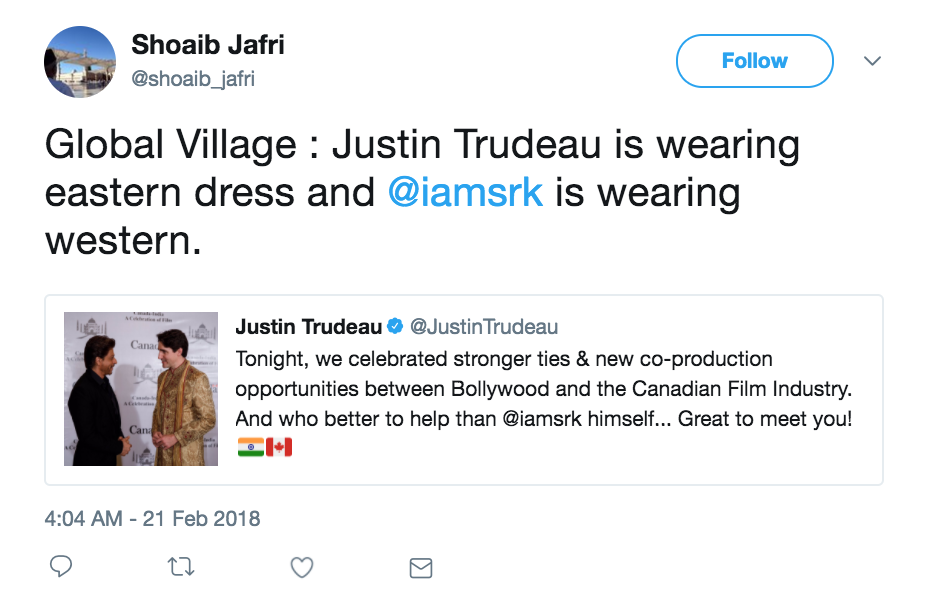 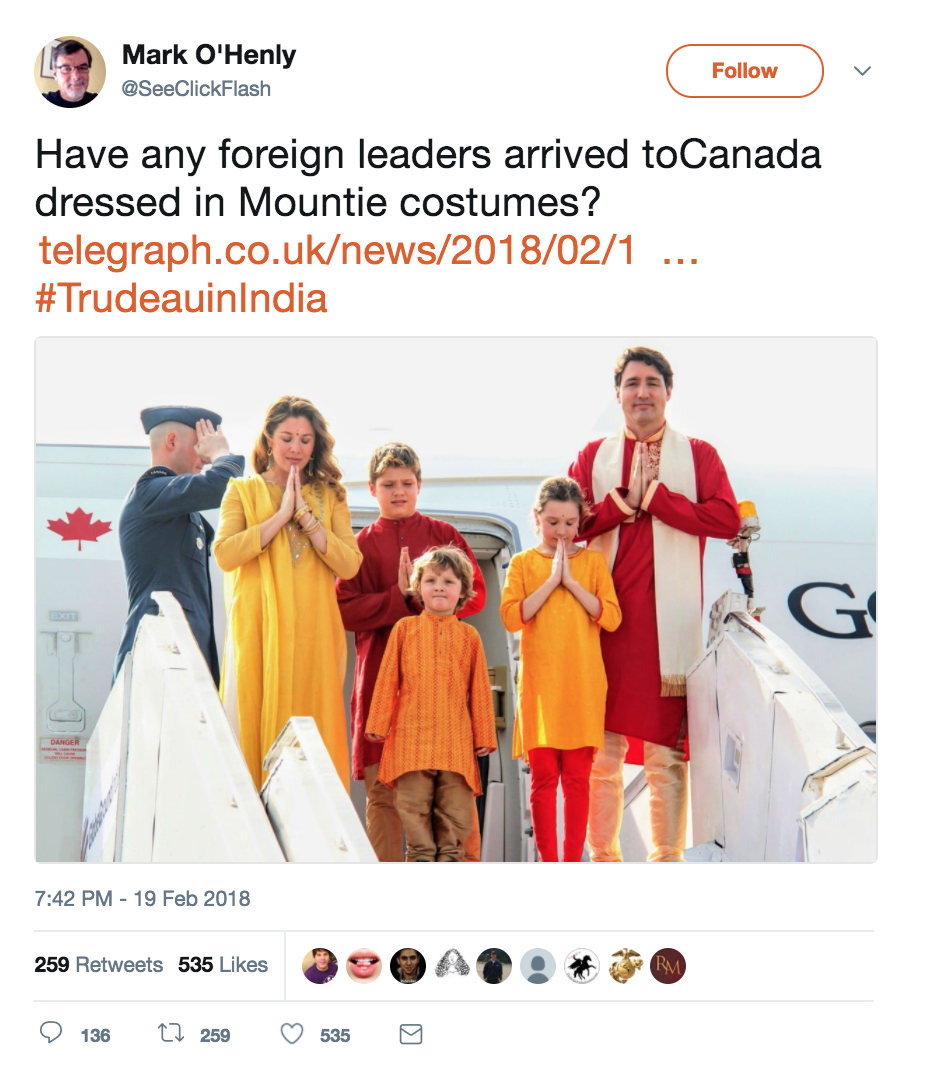 Ugh, the internet can be a harsh place. I for one am hoping that Trudeau wears an even blingier sherwani for his meeting today with PM Modi -- at least that’ll get people talking about the meeting!