NEW DELHI: The boarders of Presidency University Girls Hostel spent the festivals of Dol and Holi protesting a restrictive order from the University authorities stating that hostel gates be locked on March 1 and 2, preventing entry and exit.

The reason for the ‘unofficial’ order was ‘safety’ of the girls students, with students who wanted to leave the hostel on the specified dates requiring special prior permission from the Assistant Superintendent.

The Citizen received the following email from students at the University students:

“"Where there is power, there is resistance."
-Michel Foucault

The boarders of Presidency University Girls Hostel have been locked in for two days on dol and holi.(1st and 2nd March). The authorities cite their safety as the chief cause. Allowing minimal slippages and putting strict guards at the gate. The dean of student says "this happens every year, it is for the safety of the girls!" Well Sati happened every year too! As for safety, how come the rules are so different for the boys hostel? How is it always the girls' problem when they gets attacked? Is Presidency as an institution then truly this discriminating? Are the principles of gender equality and inclusivity not important?

This is an exercise of regressive patriarchy that is so deeply entrenched in the system of education and state that it repeatedly tries to control the body of the woman in various ways. This is not only undemocratic, it is outright offensive.

In this regard our letter to Dean of Students condemning the incident and demanding an explanation.

This is to bring to your notice the strongly condemnable act of locking in boarders at the Presidency University Girl's Hostel on the pretext of holi/dol for two days (the 1st and 2nd of March,2018.) This indirectly puts the blame of any case of gender violence on the woman and strengthens the patriarchal rhetoric that they need to be protected. It is an extremely regressive decision and amounts to moral policing of women.

Besides, there can be multiple causes of emergency medical, monetary or otherwise that this will prevent any resolution of. This is strongly unacceptable and completely against the spirit of gender equality that Presidency stands for.

We, strongly condemn this and demand an explanation for it. We also demand that our fellow students, the friends and comrades stuck in the hostel be released at the earliest. "

If no explanation is provided the Dean shall face the students on Monday regarding the same.

We appeal to you to stand by us in our struggle against patriarchy.” 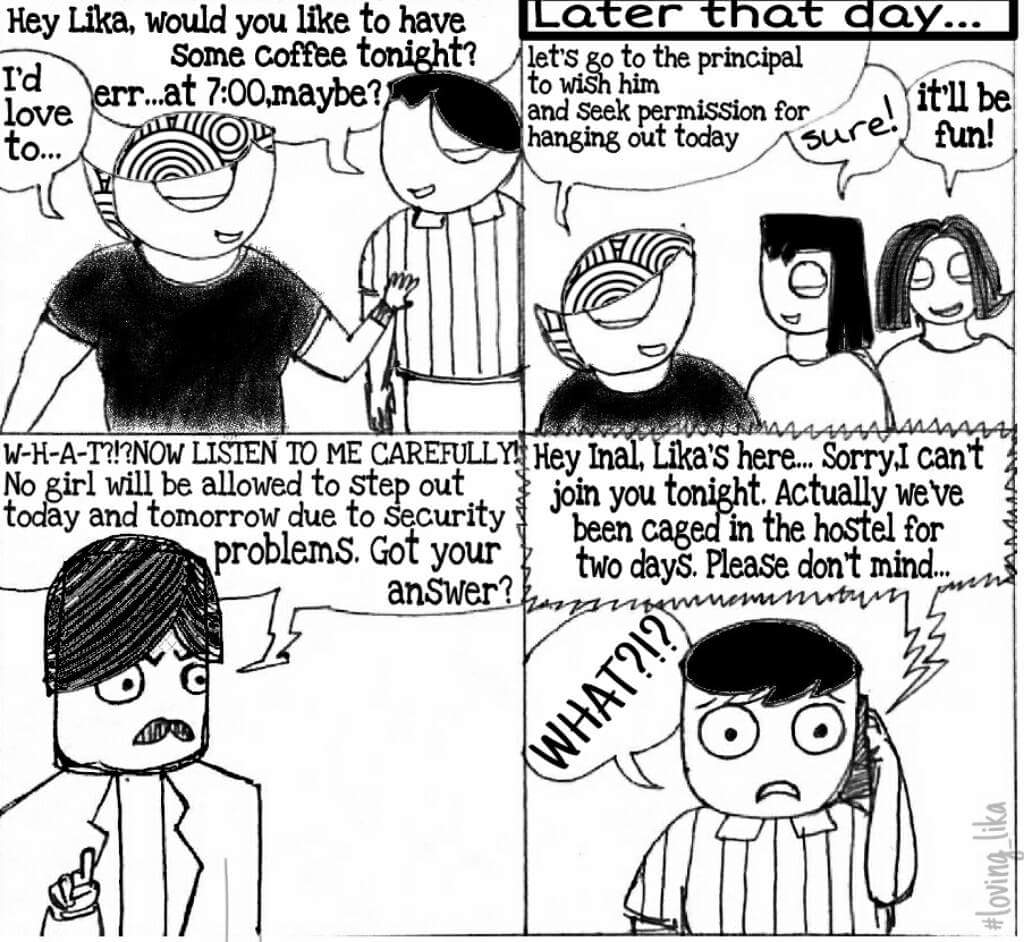 The hostel curfew on regular days is 930 pm. Gates reopen at 6 am. This is not the first time girl boarders were locked in during holi, with the festival resulting in similar restrictions last year as well. This year, however, the restrictions were extended to two consecutive days. 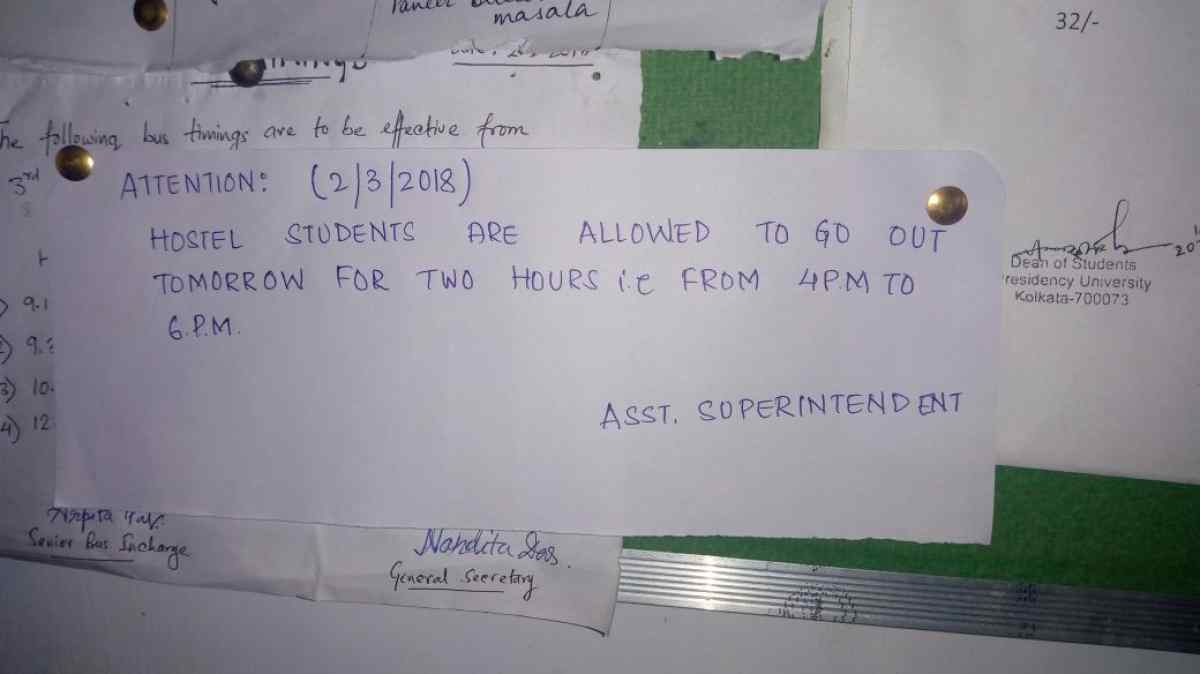 (This notice was put up on 1 March, after the students had already been under lock-down the entire day. It states that students will be allowed to venture out for 2 hours the next day. Photo courtesy: The Quint)

The restrictions put on girl students in the name of ‘safety’ has been a controversial point across campuses in India. Delhi University’s Pinjda Tod (Break The Cage) movement also originated in the fight to be out in public after dark, with students protesting a 630 pm curfew imposed on girls’ hostels in the university.