Five Things Censored in India in Addition to Kissing

Freedom of speech and expression?

NEW DELHI: The “Kiss of Love” protests have taken India by storm, with supporters of the movement -- as a mark of protest against the wave of ‘moral policing’ across the country -- indulging in public displays of affection. In Delhi, such protests have been held Jhandewalan near the RSS office and in JNU. In Kolkatta, students from Jadavpur University and Presidency University held a “Kiss of Love” protest. The University of Hyderabad, Pondicherry University, IIT Madras and IIT Bombay have all seen protesters embrace each other as a mark of protest.

These protests are in turn, inspired by the “Kiss Day” protest on November 2 in Kochi. The Kochi protest was planned as a response to the storming of a cafe in Kozhikode, Kerala by BJP workers who smashed glass and furniture raising the cry of “immoral activities.” The group’s facebook page (/kissoflovekochi) says: “Moral Policing is a criminal activity. Most of political parties and religious organizations tries to do that.”

Unsurprisingly, all events thus far under the “Kiss of Love” banner have faced resistance. In Delhi, protesters clashed with Hindu Sena members and were reigned in by police barricades. Other opposing groups are the Bharatiya Janata Yuva Morcha, SDPI, Vishva Hindu Parishad, Shiv Sena, Bajrang Dal, Campus Front, Samastha Kerala Sunni Yuvajana Sanghom, Pattali Makkal Katchi, Hindu Makkal Katchi and Ernakulam wing of Kerala Students Union. In fact, a group of law students filed a Public Interest Litigation with the Kerala High Court that asked for an interim order directing Kochi city police and Ernakulam district collector to prevent "obscenity in public". In the PIL, the petitioners said the 'Kiss of Love' event will "promote an unhealthy culture and cross the limits of decency and create law and order problems.”

Fortunately, the courts did not relent, but the petitioners did have a case. Section 294(a) of Indian Penal Code states that "Whoever, to the annoyance of others, does any obscene act in any public place shall be punished with imprisonment for a term which may extend to three months, or with fine, or with both.” The word ‘obscene’ remains undefined, and hence, subjective. A Jaipur court had, under this act, issued an arrest warrant for actor Richard Gere for exchanging a peck on the cheek with actress Shilpa Shetty at an AIDS awareness event. The Delhi High Court and Supreme Court however have clarified, in subsequent judgements, that kissing in public is not a criminal offence.

However, the debate on kissing in public is probably not yet over. In fact, in a proceeding in the Supreme Court that challenged the landmark 2009 Delhi High Court judgement that decriminalised heterosexuality, K. Radhakrishnan, a lawyer representing an organisation Trust God Ministries, told the bench that the purpose of the body part in question should be the determining factor. “As far as the anus is concerned it is the end of the digestive system and through that waste products are flushed out,” Radhakrishnan said, adding that similarly, the “mouth is used for eating.” “These two organs are not intended at all for sexual use,” he said. “If you are putting these organs to that purpose, this is abuse of the body. All these things are ordained by nature.” The last part, “against the order of nature” is the wording in Section 377 of the Indian Penal Code, which prohibits people from engaging in “carnal acts against the order of nature,” which, in turn, remains undefined.

Hence, according to Radhakrishnan, kissing -- given that it involves using the mouth for a purpose other than eating (we think Radhakrishnan missed the obvious pun) -- is “against the order of nature.” And according to Section 294(a) it can be argued that kissing is an obscene act.

Both acts, Section 294(a) and Section 377, are used to harass and intimidate consenting adults in the country. If their legal status is still a question-mark, the moral police -- often rounding up couples and beating them under the charge of ‘moral policing’ -- makes sure that their use is practical. All this, whilst urinating in public remains an ‘in-obscene’ event.

In addition to kissing, and any form of public affection, here are a list of things that with an unclear legal status in India, some of which have, at different points, attracted censure from the moral police. 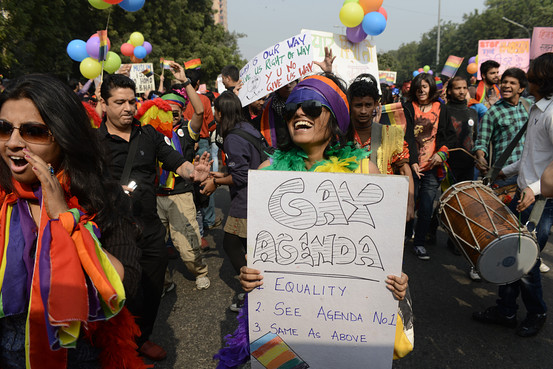 This, pertains to the famous Section 377, which as mentioned, prohibits people from engaging in “carnal acts against the order of nature.” Anything, except penile-vaginal sex -- which is excused because of its connection with procreation -- is considered “against the order of nature.” When the Delhi High Court ruled that was in violation of the Constitution, and infringed upon equal rights and personal liberty, it was on the basis of, among other things, the contention that the words “against the order of nature” are vague, and hence, makeit impossible to follow the law in a way that is not arbitrary. As a result, the law leads to discrimination that is unconstitutional, and further, what is considered “normal” or “natural” changes over time. 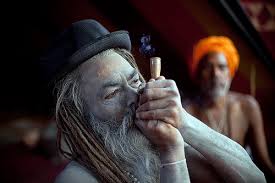 Under the NDPS Act, marijuana consumption and distribution, along with other drugs, is a criminal offence. The reason why this is worth mentioning is the hypocrisy in the legal status of marijuana. Bhang -- a preparation from the leaves and flowers (buds) of the female cannabis plant -- remains very much legal when added to food or drink. In fact, ‘government authorised’ bhang shops are a frequent site, especially in Rajasthan. 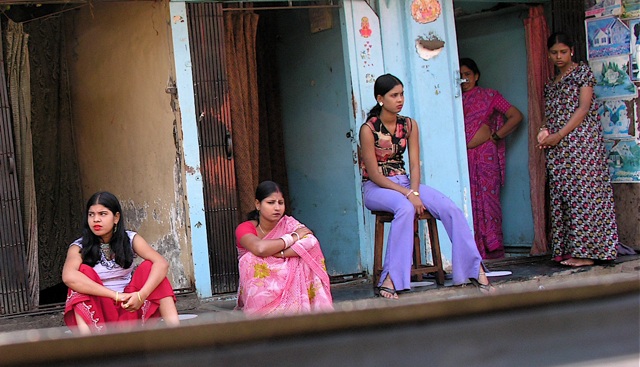 This is another legal grey area. Soliciting sex by paying for it is an offence, but practising sex in exchange for payment, is not. However, organised prostitution is not allowed, and the lack of a legal status given to prostitution ensures that sex workers are not protected by labour laws. 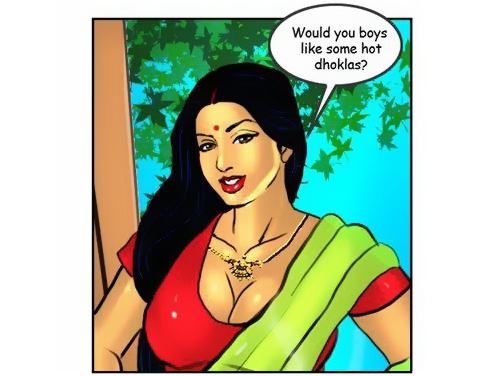 5. The freedom of expression 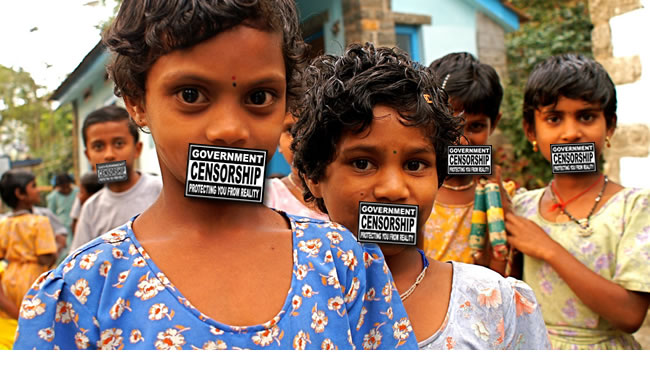 The Indian constitution is quite heavy in its focus on the freedom of expression, given in articles 19, 20, 21 and 22. However, there is a caveat. Clause (2) of Article 19 of the Indian constitution enables the legislature to impose certain restrictions on free speech under following heads: security of the state, friendly relations with foreign states, public order, decency and morality, contempt of court, defamation, incitement to an offence, and sovereignty and integrity of India.

Hence, the recent controversy surrounding “The Hindus: An Alternative History” by University of Chicago Professor Wendy Doniger, which was withdrawn following a lawsuit filed in 2011 by the Shiksha Bachao Andolan Committee that raised objections to the book saying that it “denounced the Hindu Gods and freedom fighters of India,” had “heresies and factual inaccuracies” and demonstrated a selective approach to writing about Hinduism.

In Doniger’s case, the publisher caved, but there have been several instances of the Indian government moving to ban books, film, art, theatre, music and even websites. Books banned in India include “The Satanic Verses” by Salman Rushdie, “Who killed Gandhi” by Lourenço de Salvador, “China’s Foreign Relations Since 1949” by Alan Lawrence, “India Independent” by Charles Bettelheim, “Nehru” by Michael Edwards, amongst several others.

Films banned in India include “No Fire Zone” on the Sri Lankan Civil War, “The Girl with the Dragon Tattoo” -- which asked for cuts on scenes of rape and torture which the director, David Fincher refused, “Final Solution” on the Gujarat violence, “the Pink Mirror” for ‘homosexual content’, “Hawayein” on the 1984 riots, amongst several others.

Recently, the Indian government, spurred on by a lower court ruling, urged 21 companies, Facebook and Google, to censor objectionable material hosted on their sites. This was based on a law passed by the government that made any company liable for user content posted on its respective website, with a minimum takedown compliance period of 36 hours.

Even more recently, five students were detained for circulating anti-Narendra Modi messages, with one of the students being handed over to the Belgaum Police with an FIR lodged against him.