Faith Healing In The Bustling Lanes Of Nizamuddin

A story about faith healing in Hazrat Nizamuddin Dargah

NEW DELHI: Popularly known among believers as ‘the place where wishes come true’, Nizamuddin Auliya’s Dargah is hidden amidst the bustling lanes of New Delhi. It is the final resting place for the Sufi saint Hazrat Nizamuddin and the famed medieval poet Amir Khusro. Stories and myths about the popular Dargah have been passed around for generations and anyone willing to hear will find thousands of people willing to re-tell the magic of the Auliya. However, it is also a place filled with medieval beliefs and practices that continue into the twenty-first century.

Popular belief states that anyone who resides within the protective boundary walls, will heal from all the illnesses that have plagued him. This belief has led to thousands of underprivileged members of the society, majority of them suffering from mental disorders and physical handicaps, being left behind to be ‘cured’. People are found tied to the pillars, leaning against the narrow corridors and lying on the marble floors. A functioning trust takes the responsibility for the dependents and majority of the members of the committee belong to the same family. An anonymous member of the committee states, “Various possessed people are left here to be cured. The healing power of the saint along with the magic of the learned people helps to cure such people.” When asked further about the ‘healing process’, he was evasive and stated, “Healing is done in rooms, knowledge of the Quran equips the said people to remove the jinns from the body.”

In addition to the healing, the custom of providing food at the Dargah also lessens the economic burden on the patient’s family. The volunteers at the Dargah often take responsibility for taking care of them, making it a safe place to leave an elderly member or a person with mental disorders.

As historian, Dr. Swapna Liddle puts it “The Dargah has historically been a haven for people from all religions and creed. It has provided for spiritual as well as physical needs. The tradition continues.”

Upon visiting the Dargah, I met various destitutes. Some were unable to respond, while some depended on visitors for money. When we came across a woman in a corner, she didn’t seem to recall her name or her native place, however her neighbor told us that she has been at the Dargah for more than five years. She was left behind by her son and daughter-in-law, when they were unable to provide medical support for her deteriorating condition. Another man (photographed below) was seen lost and didn’t respond to any of our inquiries, I was informed by a near-by shopkeeper, that he is deaf and doesn’t seem to comprehend anything. However, the person who provides relief to all sitting by fanning them, seemed enthusiastic about being photographed and believed that jinns had left him.

The main issue in a developing country is often the belief system, many continue to believe in possession of humans by dark forces. Often, this belief tends to stigmatize mental disorders and help is sought through faith-healers rather than institutional means.

Psychologist Dr. Sunanya Swain, when asked about this particular phenomenon, said, “First it reinforces the ideas that mental health conditions are related to religious sins (removes accountability on the part of the society) and hence can be treated by the healers. Secondly, it's less stigmatizing to approach a faith healer than a psychiatrist (again lack of knowledge). Thirdly, social influence wherein people tend to conform to existing norms/traditions without questioning those.” Another issue she mentions is lack of proper facilities. In India, where there is one psychiatrist per 500,000 people and only one psychiatric nurse per 2 million, according to World Health Organization figures, accessibility to treatment remains out of reach for various sections of the society. Another deterrent is the cost of providing medical care for these families. The cost of a single appointment ranges from anywhere between Rs. 200-1200 at private practices, while free services are often over-burdened.

However, with the introduction of Mental Healthcare Bill passed by the Government of India on March 27, the main aim of which is to provide accessible care for all sections, the government is actively working for this cause. With government bodies like National Institute for Mental Health (NIMH), now known as National Institute for the Empowerment of Persons with Intellectual Disabilities, actively working towards accessible mental healthcare, the country is progressing. However, with the social stigma and regressive belief systems at place, it is a slow process. 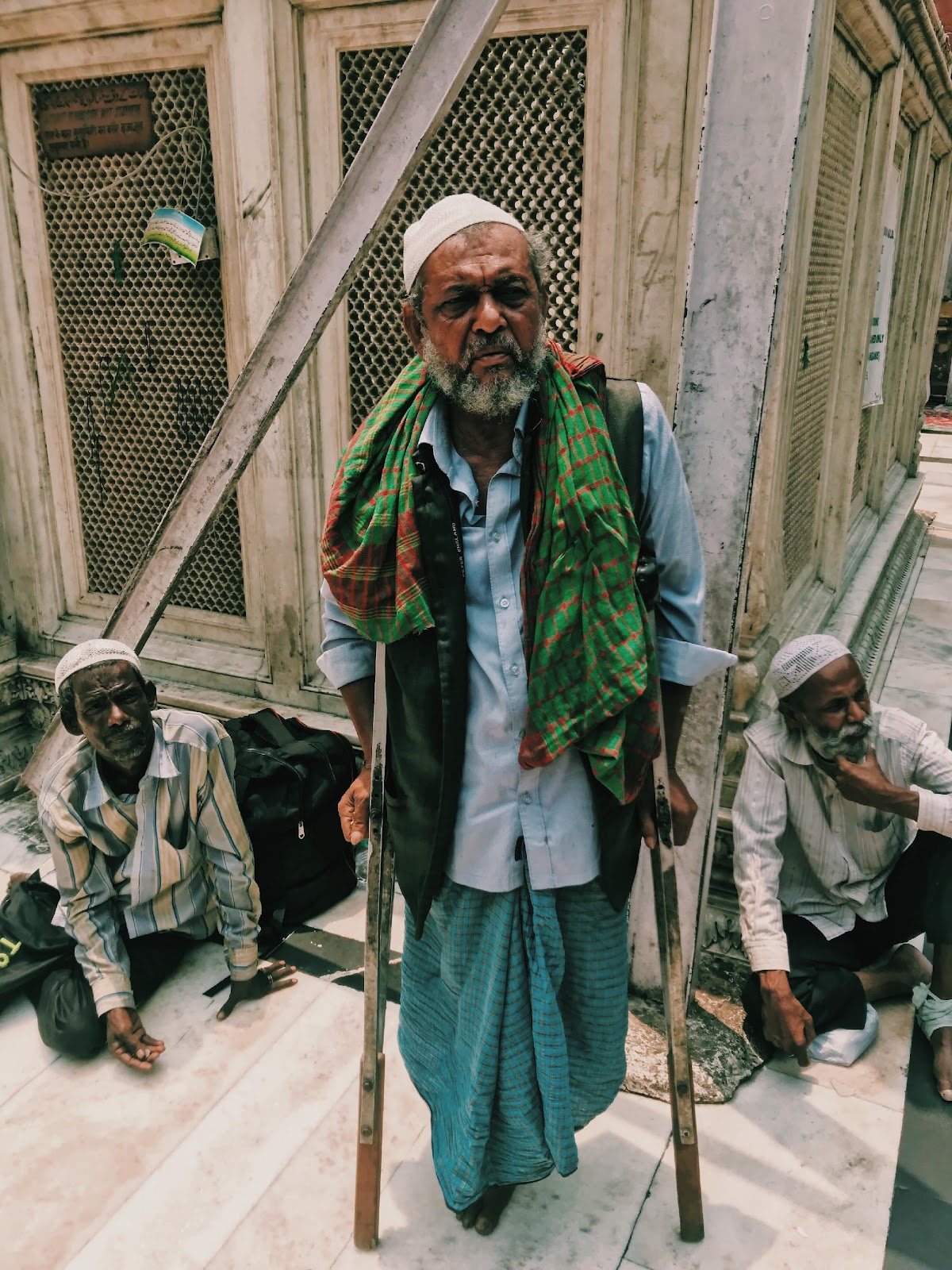 (A physically handicapped man along with his friends, he survives off alms) 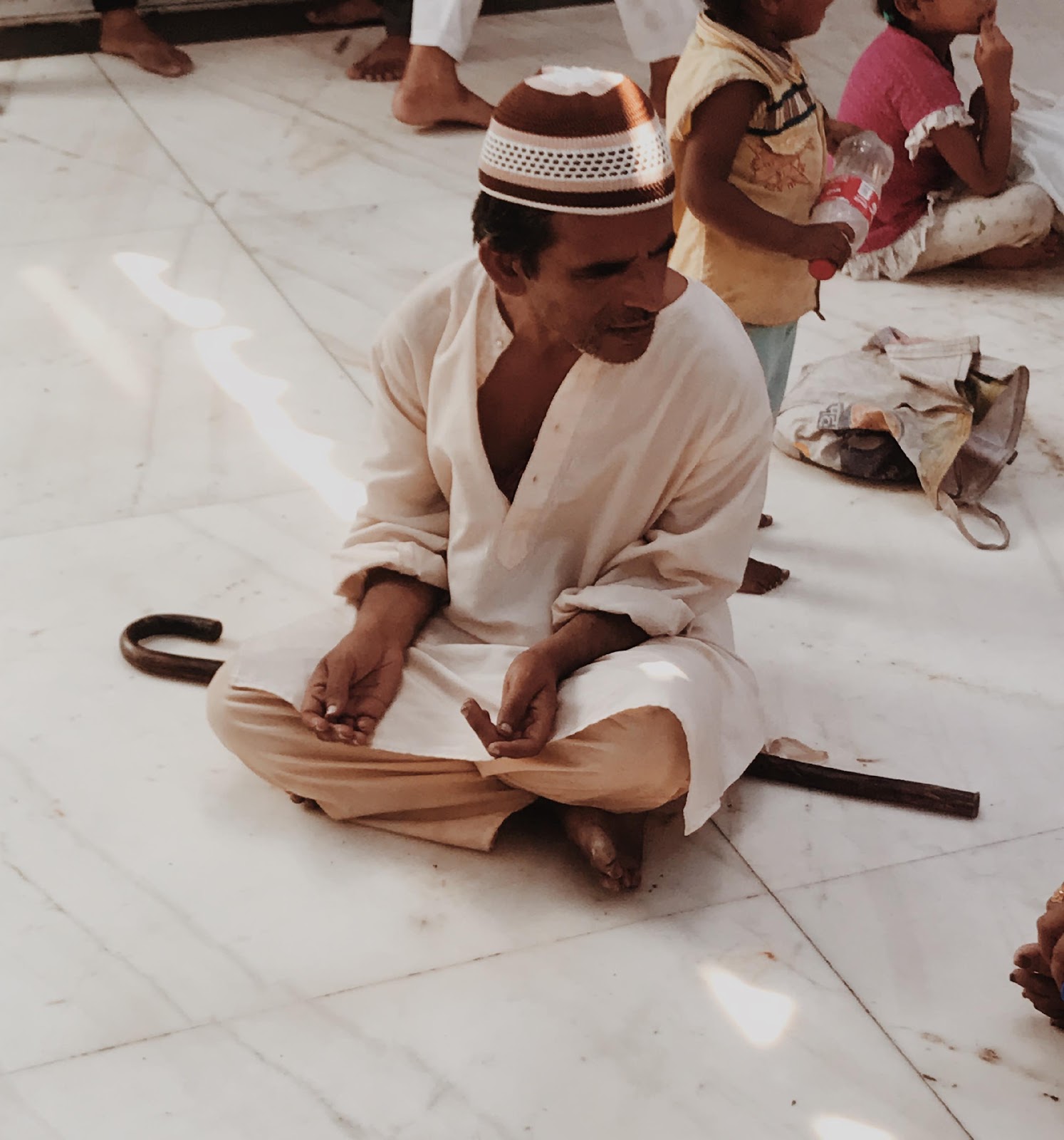 (A deaf man trying to understand his ever-changing surroundings) 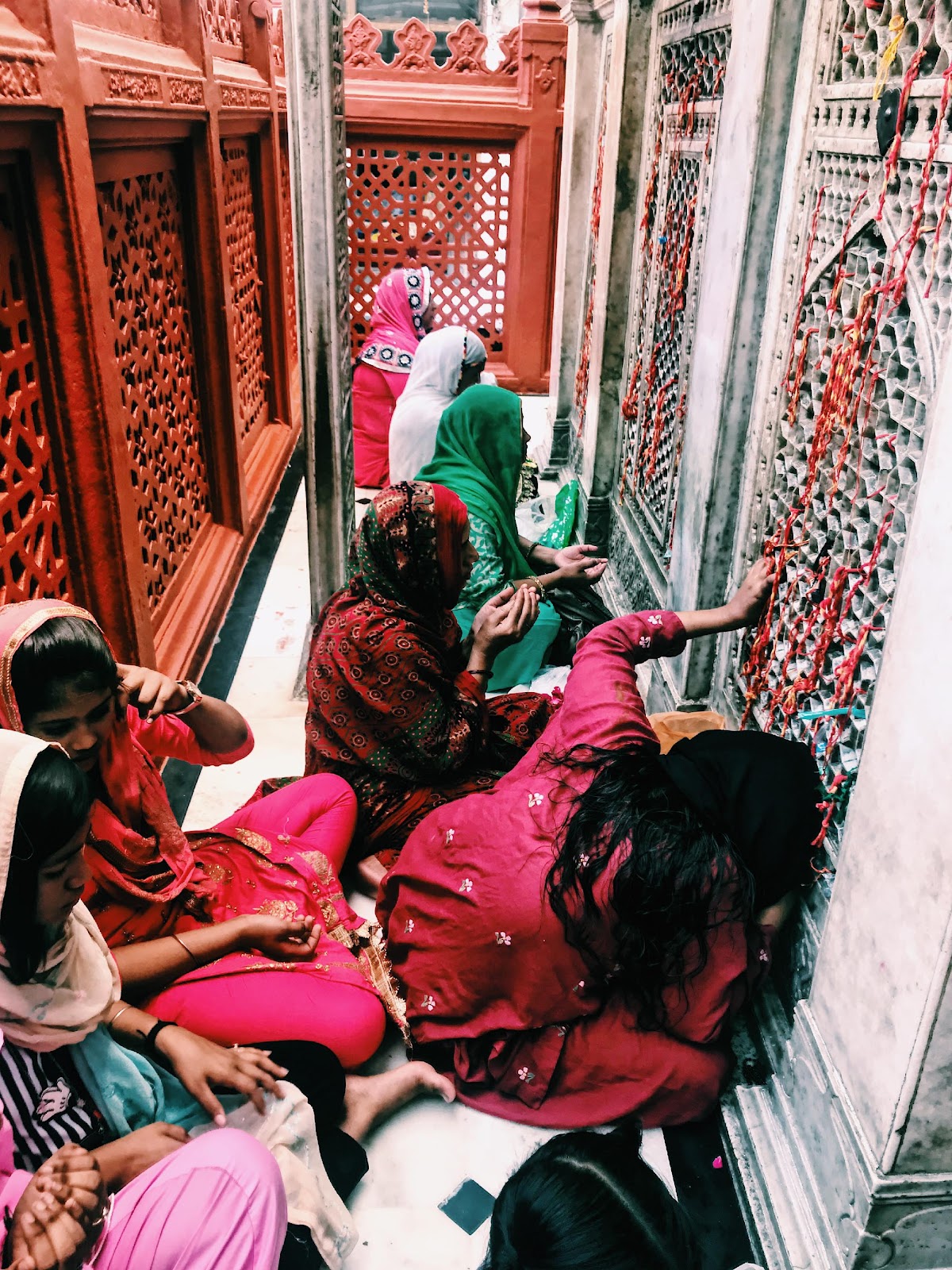 (Believers flock after across the country, they often tie a red thread around the grills of the grave with the hope of their wishes coming true) 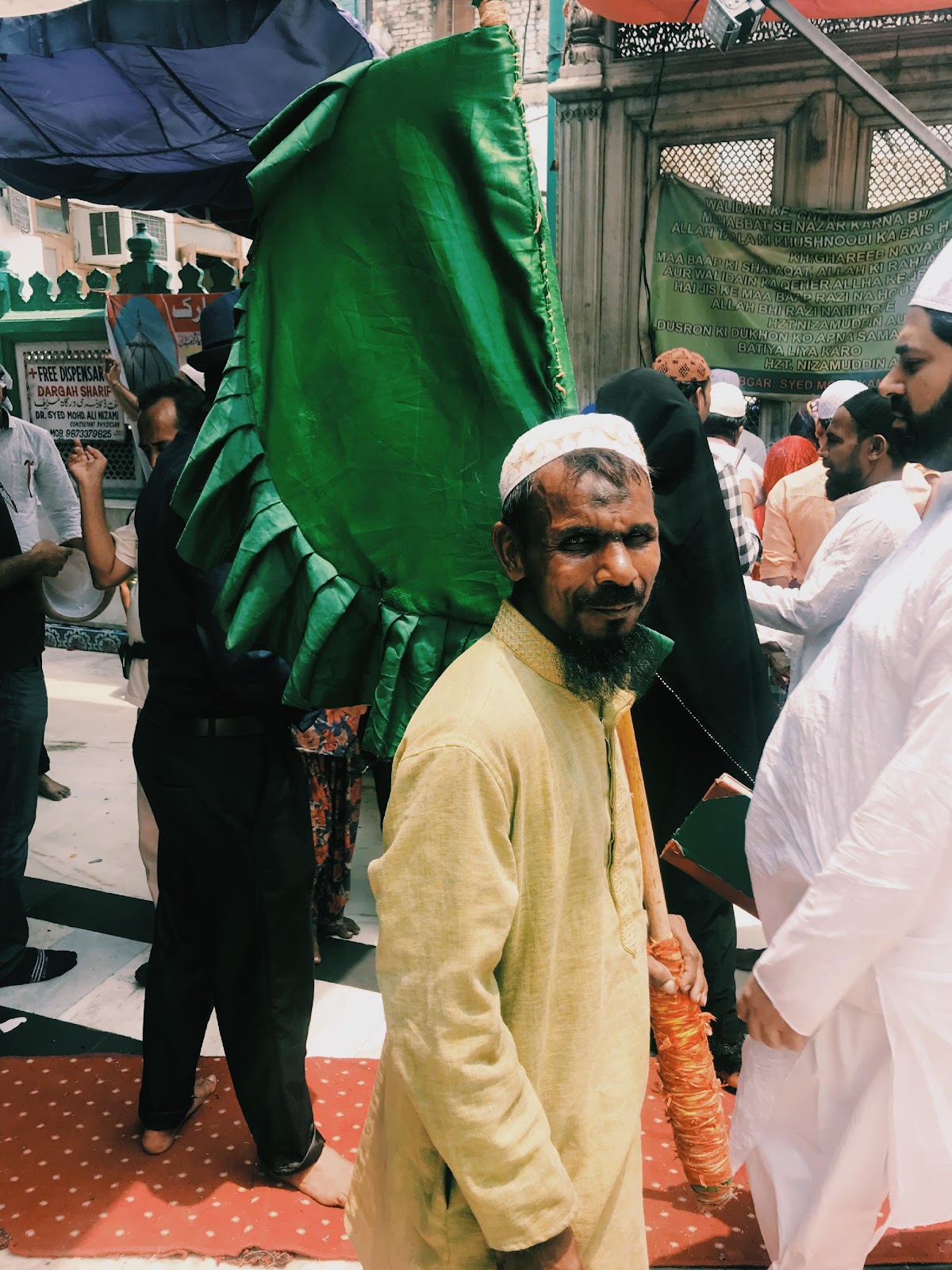 (Happy to get clicked, the fan-walla provides relief to all visitors)