Mali 'Spiderman' Granted French Citizenship, But What About Migrants Who Aren't Building-Scaling Superheroes?

NEW DELHI: A Mali migrant became an overnight sensation, after he climbed a four-story Paris apartment bloc with his bare hands to save a child in Paris last Saturday. Mamoudou Gassama, 22, a construction worker saved the child from falling off the apartment while the child’s parents weren’t home.

The video of Gassama was widely circulated on social media and the views have crossed the millions in just two days. The video shows him pulling himself up from balcony to balcony as a man on the fourth floor tries to hold on to the child by leaning across from a neighbouring balcony.

A lot of people are hailing Gassama as a Spiderman for his valour. Curtis S Chin, former US Ambassador tweeted, “All hail Mamoudou Gassama. Mali #Spiderman to be made French citizen, offered job in fire service”.

Rokhaya Diallo‏, a French Journalist also wrote on Twitter: “'Spider-Man' of Paris - Without a thought for his own safety, #MamoudouGassama, a 22 Malian undocumented man has been hailed a hero after he scaled the facade of a building to save a four-year-old child hanging from a fourth-floor balcony.”

The act of heroism comes at a time when the French lawmakers debate a controversial bill that would speed up the deportation of economic migrants and failed asylum-seekers.

Two days after his daring Spiderman-style rescue -- viewed millions of times online -- Mamoudou Gassama was received by Macron at the presidential palace.

Gassama was called by the French President. “You have become an example because millions of people have seen you. It is only right that the nation be grateful,” Mr. Macron told him, adding that his immigration status would be “put in order”. President Macron wrote on Twitter, “With Mr. Gassama who saved on Saturday the life of a child in climbing 4 stories with bare hands. I told him that in recognition of this heroic act he was going to be regulated as soon as possible, and that the fire brigade of Paris was ready to welcome him.”

Macron also granted Gassama French citizenship and offered a job in the Fire Service. Mr. Macron added, “Even if you did not think about what you were doing it was an act of courage and strength that won the admiration of all.” 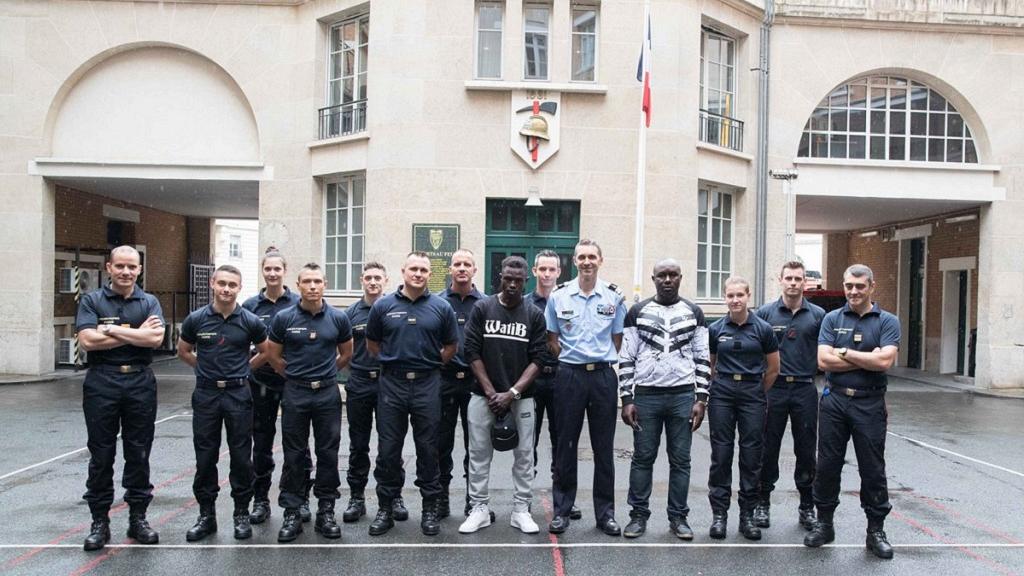 Praising Gassama, government spokesman Benjamin Griveaux tweeted: "This incredibly brave act, which is true to the values of solidarity of our Republic, must open the doors of our national community to him."

While people across the globe are praising the Mali migrant, few far right leaders are against the citizenship move of the French President. Nicholas Bay, far right French Vice President, chose Twitter to show his opposition to the move; he wrote, "Those who demand the regularization of #MamoudouGassama are those who demand the regularization of all illegals."

France has not been a warm host to the immigrants in the recent past. In the last year’s presidential election, Marine Le Pen had fought the election with an anti-immigration stand. She said she was “not against immigrants, just against immigration”, implying her hostility towards any immigration. The anti-immigration had made her at the second place in the first round of voting. Though she was defeated, she still attracted more than 10 million votes.

As the politics around migration is very bitter in France, will Gassama’s act of bravery change the hostility between the immigrants and French people?