A Walk Through The Corridors Of Delhi’s Safdarjung Hospital

NEW DELHI: India’s big government hospitals are a mirror into the harrowed lives of her people, as tragedy -- physical, emotional, psychological -- brings people from all over the country to these hospital halls.

New Delhi’s Safdarjung Hospital is one such hospital, and a walk through its corridors brings to the fore a hard pressed public health system that is struggling to cope with swellings numbers.

We met a 22 years old daily wage worker from Bihar who used to work in a factory in Mumbai. His father recounted the story - the young man met with an accident while riding the bike. He was admitted to the Magadh Medical in Gaya, Bihar as his hip bone was damaged. He was then referred to Safdarjung Hospital as the surgery he needed couldn’t be performed in Bihar.

They came to Delhi on May 26. “I came to the Emergency Ward on May 26,” the father recounts, “they gave him a pain killer injection and sent us to the OPD, from here I was asked to get his sugar tested. I have been running around since 4 days and no one is here to listen to us. They keep sending me to places to get paperwork done. They haven’t admitted my son yet. Not a single tablet have we received from this place.” The father was lying with his injured son outside the new Emergency Ward of the hospital. He got the CT Scan done from a private clinic because he was given January 1, 2019 as the date to get his son’s scan done. “I cannot wait for 2019 so that my son gets well. He’ll die if left to that. Their lab closes at 11, so we do not get the reports on time. They keep sending him to different rooms for a single test.” He seems highly disappointed.

Jhujjha, an 80 year old social worker from Hoshiyarpur was lying on one of the several beds kept outside the Emergency Ward. He met with a car accident and his right leg was fractured for the third time. “I am here since 3 months and we have nobody to take care of us. I had an operation done in 2008 at the same place and the arrangements were better from now; it’s pathetic this time.”

“I am an old man, I’ll die if they keep sending me to places. There is no discipline and management to take care of things. The patients who are lying, lie here for months,” says Jhujjha.

“Nobody cares for the patients” says the wife of another old man lying beside one of the beds. 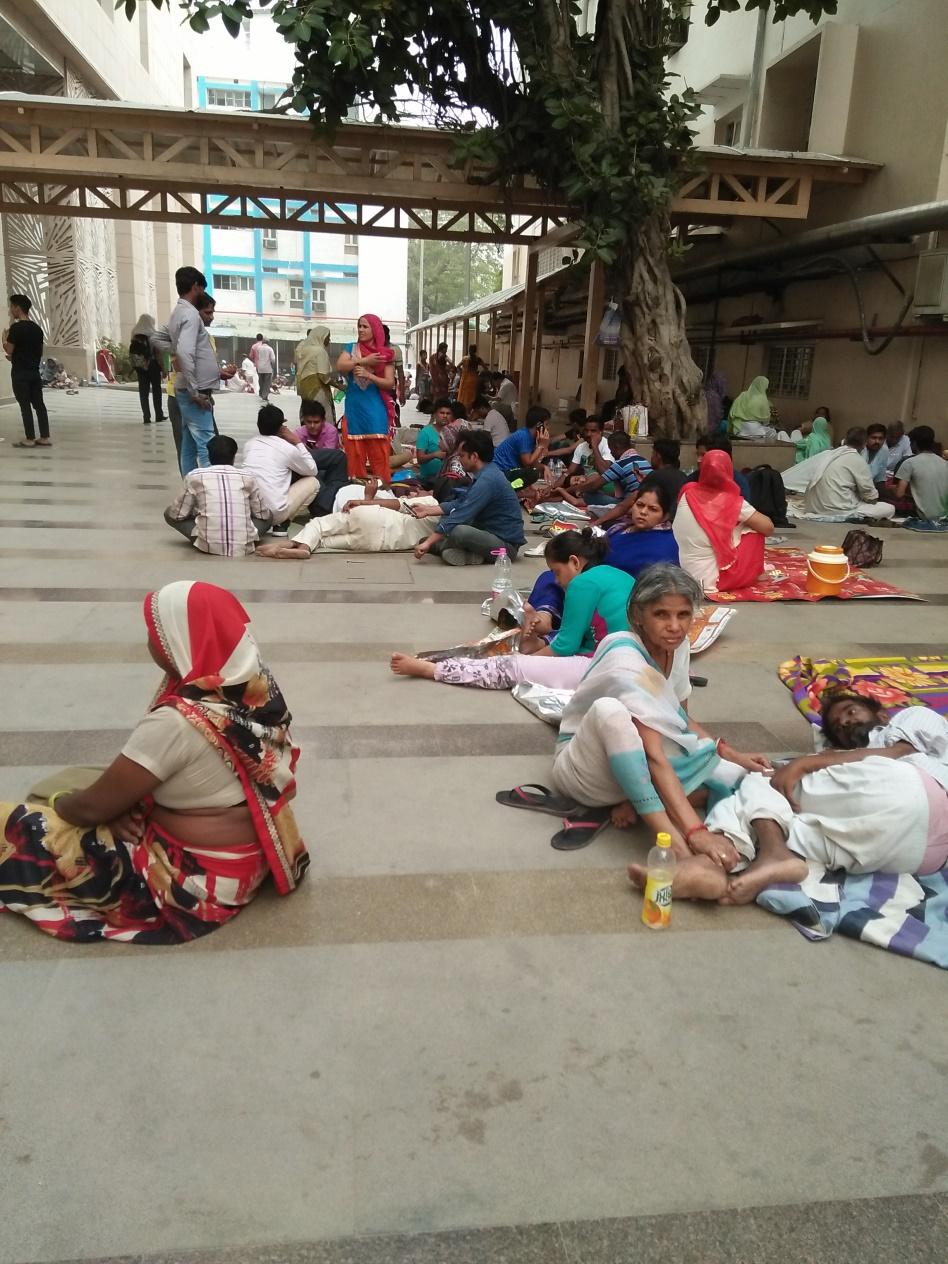 “This is how government institutions work” said a hospital guard. “People with a little fever also come here in the emergency area. How much can the doctors do? We send the normal cases to the OPD.”

“There are a lot of them who die. We see 10-15 deaths in the Emergency Ward everyday. However it has reduced since these 10 days. Doctors do work well here... the seniors, however have a better look at the patients and more experience to provide treatment.” The guard is clear that the difficulties faced by the patients are the result of increasing pressures on the hospital, and that given the circumstances, the doctors and hospital staff are doing their very best. 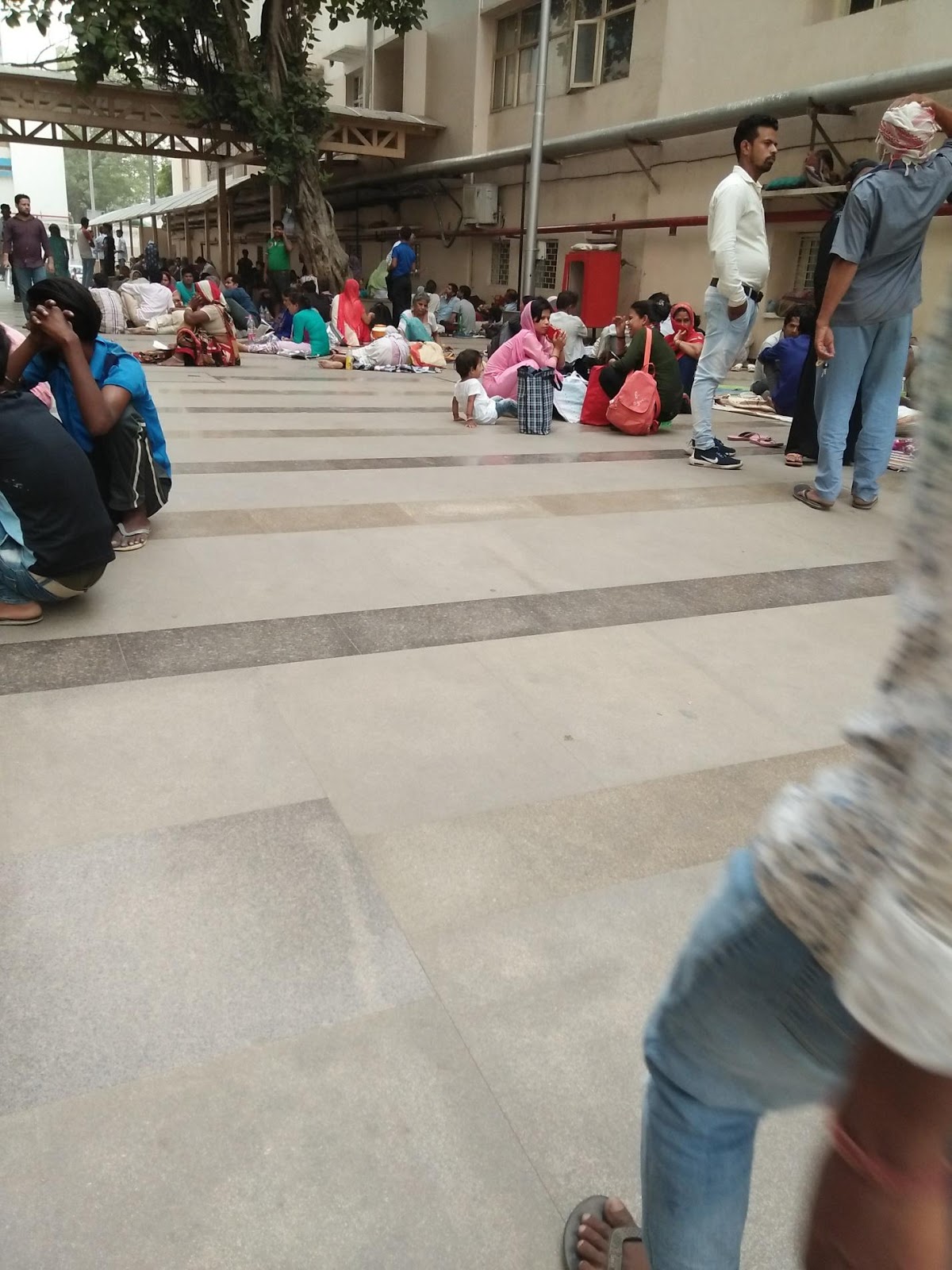 “I stay here outside the ward for the full day, spending on the food everyday. My expenses have reached to Rs.15000. The CT scan alone cost me Rs.5000. Had they been responsible enough and get it done here, I would not have been outside to sell myself there,” said the father of the Mumbai wage earner.

“I am a poor labourer, I work everyday and eat food. Our only problem is that we don’t get our work done and get delayed treatment,” he says, saying that he hopes the administration looks into the delays and the lack of organisation.

Dinesh Narayan, the PR officer of Safdarjung Hospital says that dissatisfied patients are not a possibility. “Everyone who comes here has been attended to. Delayed treatment is because of the lack of staff. We cannot work on pick and choose basis, we have to cure all of them. And if there is someone who hasn’t been attended at all, please let me know.”

Referring to the patients’ dissatisfaction and complaints, Narayan suggests a solution, i.e. to employ more staff to treat the emergency patients. “In order to improve the condition of delayed treatment, we need to get more number of staff, i.e., doctors, paramedical staff and more nurses so that we look at increased number of patients at the same time. A doctor who can treat 3 patients cannot make up for 3000 of them.”

The lack of services in the ward is a result of more patients and less staff to treat them. The solution is in front of everyone -- more hospital staff is urgently needed, but with public health budgets seeing the shorter end of the development stick, the solution doesn’t seem to be in sight.